Whether you love cannabis or not, there is no getting away from certain strains. You know the ones we’re talking about, the likes of Northern Lights, Jack Herer, and Skunk #1 that are often discussed in top ten lists and have been circulating the industry for decades. Well, all of the above names, along with dozens of others, can be associated with one big family, perhaps the most famous in modern cannabis history, and that is none other than Sensi Seeds.

Unless you have been hiding under a rock, you will have seen the name Sensi Seeds crop up here and there, but did you know that for over thirty years this brand has built up a marijuana empire like no other?

Nowadays, there are tons of cannabis seed banks all fighting for the top spot, and there are some pretty big players out there too! So how do Sensi Seeds stand up? Today we are going to be taking a look at the people behind Sensi Seeds, who they are, and what they do, and ultimately try to answer the question of whether they deserve the top spot as the best cannabis seed bank of all time!

Who Are Sensi Seeds?

Now, we know what you’re thinking, how can one cannabis company be given precedence over all others when there are so many out there? Well, there are many factors at play that make for a stand out cannabis seed bank, and it is rare to find one that possesses more than one or two, yet Sensi Seeds has managed to do that and then some!

There are many factors at play that make for a stand out cannabis seed bank.

Established back in 1985, Sensi Seeds has demonstrated consistency, longevity, quality and above all else has moved with the times. But before we jump into how Sensi Seeds has shaped the cannabis industry, let’s first take a look into who’s behind their success.

Does the name Ben Dronkers mean anything to you? If you love marijuana as much as we do, then it certainly should, as it is thanks to Dronkers that we have Sensi Seeds, to begin with!

A keen traveler and with an inquisitive mind, Dronkers first came into contact with cannabis during his travels in the late 1960s. After receiving a handful of cannabis seeds during one of his trips, Dronkers felt inspired to not only learn all about these seeds but to seek out more. Thus started years of travel from Central Asia, Southeast Asia, and the Subcontinent, collecting a healthy ensemble of cannabis seeds from various plants.

With the foundations of what would eventually become Sensi Seeds, Ben Dronkers used what he had learned so far to begin breeding his cannabis strains and hybrids, all from those seeds he had collected on his travels.

The Birth of Sensi Seeds

It was in 1985, along with the help of cannabis activist and friend, Ed Rosenthal, that Dronkers created Sensi Seeds. With much encouragement from like-minded people, the passion for expanding on what was quickly becoming an established name was growing rapidly. 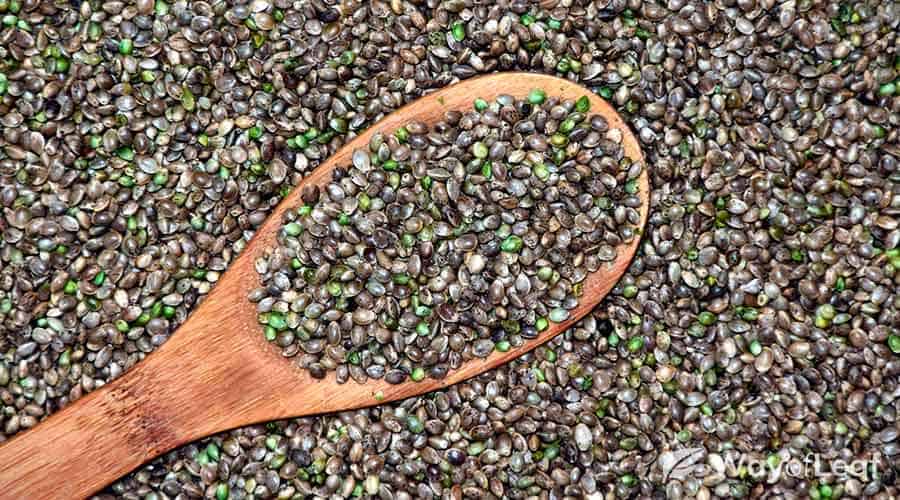 Dronkers and Rosenthal didn’t waste time and soon opened the Hash Information Museum, which would later become the Hash Marihuana and Hemp Museum based in Amsterdam. To this day, this museum is offering critical scientific input into medical cannabis, as well as providing much-needed information to anyone who wishes to find out more about marijuana. It is the oldest museum dedicated to hemp, with a second annex of the same in Barcelona.

In 1991, Dronkers wanted to expand on Sensi Seeds and went on to buy another seed bank to merge with his already established one. When brought together, this created what is still known as the Sensi Seed Bank.

In 2009, they opened up The Museum Gallery in Amsterdam, which is home to inspiring and informational visionary pieces, not to be missed by any budding cannabis enthusiast!

Sensi Seeds: Where Are They Now?

It is all well and good going through the impressive back catalog of how Sensi Seeds got started, but where are they now? Let’s take a brief look at some of the most noteworthy points on Sensi Seeds today:

Our complete guide to how and …

What Do Sensi Seeds Offer?

Okay, so we know who Sensi Seeds are – but what do they offer? A glance around their website will tell you that their collection is pretty extensive! It is a cannabis lover’s playground, with everything from vapes to cannabis cup award-winning strains.

We must say from the off that, although Sensi Seeds offer a vast range of products, their website is refreshingly clear and easy to navigate. Regular users of cannabis or CBD websites will be familiar with the often overwhelming onslaught of information and bold claims, so we thank Sensi Seeds for their lack of this on their site!

Let’s break it down; Sensi Seeds products can be categorized into the following areas:

It would be impossible for us to cover every product that the company sells, but the layout of the site makes it incredibly easy to find what you’re looking for, even if you’re brand new to the industry.

If the extensive array of cannabis seeds, vapes, and CBD products aren’t enough, and the established history isn’t wowing you – then what else could help make Sensi Seeds the best seed bank in the world?

The company’s mission statement goes as follows: “Sensi Seeds aims for the normalization of Cannabis use and recognition of the plant’s therapeutic and industrial benefits.”

With such a long history in the field, individuals such as Dronkers have the authority to push for change at a crucial time in U.S. cannabis law.

Not only are Sensi Seeds creating diverse strains that can be tailored to help specific conditions, but they are a significant platform for change in the cannabis industry. With such a long history in the field, individuals such as Dronkers have the authority to push for change at a crucial time in U.S. cannabis law.

In 2018 alone, Sensi Seeds has celebrated women in cannabis by opening up a temporary exhibition at The Hash Marihuana and Hemp Museum, they have celebrated Amsterdam’s Cannabis Liberation Day with their own Sensi Seeds Marquee which has made its way around various European festivals, ripe with information and even a mini-museum! They have had a host of influential guest writers on their blog and continued the push for cannabis change!

More than just a retailer of our favorite buds, Sensi Seeds is in it for the long-haul. So who are we to get in their way? Going back to the original question of whether Sensi Seeds could be described as the best cannabis seed bank of all time?

Well, we would have to vote in favor of this one, but what do you think? We would love to know two things in the comments below: What is your favorite Sensi Seeds strain? Do you agree with us, is Sensi Seeds the best cannabis seed bank in the world?

The full lowdown on this brand

10
3 min read
Marijuana Seeds 101: All the Information You Need

3
6 min read
Feminized Cannabis Seeds: What Are They?