Looking to buy marijuana seeds online? Here’s what you need to know!

The 2018 midterm elections were yet another big win for weed. Michigan became the tenth state to legalize the herb recreationally, while Utah and Missouri joined a long line of states by allowing medicinal cannabis. As the public becomes more aware of the potential benefits of marijuana, while also realizing that its alleged damaging side effects are overstated, we are seeing a softening in the stance towards the plant.

As well as allowing people to use weed, an increasing number of states are relaxing restrictions on growing it at home. To do so, you’ll need seeds, but this is where it gets complicated for American residents in particular. Even if you live in California, where it is legal to grow weed at home, and purchase seeds from a California-based seed bank, your package can STILL be confiscated.

Indeed, you could get in more trouble for buying seeds from within the U.S. than from an overseas country! This is the reason why most reputable seed banks that you hear about are located in Europe!

Is There Any Reputable American Seed Bank?

Although the United States is actually one of the world’s most progressive countries in terms of marijuana legalization, the herb remains federally illegal. As long as this remains the case, users face all manner of complications.

Ultimately, purchasing marijuana seeds online is only possible if you live in one of a select few states.

If you are concerned about legal issues, we recommend purchasing your seeds directly from a dispensary rather than buying them online. However, residents of Colorado should have no difficulties in theory. Stores such as The Farm and The Green Solution regularly advertise their online seed options. It should be a quick and easy process to buy them online if you are a resident of Colorado.

Elsewhere, it can be a matter of pot luck (pun intended). First and foremost, we can only recommend online seed purchases if you live in a state where growing marijuana at home is legal. If your package gets intercepted, it is unlikely that you’ll face legal consequences, although the complicated nature of the laws means we can’t provide a 100% guarantee on that.

What you need is a reputable seed bank that is capable of shipping to numerous states, and understands the need for discretion. Such companies know how to package their goods to evade detection, and if the seeds are confiscated, the firm will either send a new package for free or refund your money.

I Love Growing Marijuana (ILGM) is one of the most trustworthy seed sellers we have found in the United States. The website and store are run by Robert Bergman, who is an expert marijuana cultivator. He offers dozens of options and provides FREE shipping to customers in the United States and Europe.

Certain online marijuana seed sellers in the United States try to use subterfuge to ensure their customers receive the seeds.

It is possible to buy seeds from stores but only if they are ‘used’ as luxury bird food or fishing bait additives. Back in February 2015, one month after weed legalization went into effect in Washington D.C., the D.C. Cannabis Campaign organized a ‘seed sharing’ event in the country’s capital. As part of the new law, anyone aged 21+ who attended the event was legally allowed to receive an ounce of seeds. Unfortunately, in the years since, the laws surrounding purchasing marijuana seeds online in the U.S. remain as clear as mud.

Many of the American seed banks that offer marijuana seeds source them from a seed bank in a European country. When we bemoan the issues that cause federal and state laws to become unclear and confusing, it is important to remember that the U.S. is effectively a continent with 50 different nations; (52 if you count D.C. and Puerto Rico).

Europe is also a continent, and it also has more than 50 countries. The laws surrounding marijuana seeds vary according to each nation but become less confusing because they are separate states. That’s not to say that things don’t become complex!

Did you know that cannabis seeds are also sold as ‘collector’s items’ and ‘additives’?

In principle, cannabis seeds are not illegal in Europe, and it is possible to purchase seeds from another country. In general, when a product enters a European country, it becomes subject to that nation’s laws. The Single Convention on Narcotic Drugs, a 1962 framework for marijuana legalization, is an international treaty that was signed by 180 countries.

In the treaty, marijuana is classed as an illegal substance, but marijuana seeds are not illegal. As international law takes precedence over a country’s own laws, cannabis seeds are technically legal in all 180 countries. Alas, it isn’t as easy as that, and it is much safer to purchase seeds from one European country than another. Here’s a look at marijuana seed laws in a few major European nations:

There are three distinct types of marijuana seeds.

These seeds come from one female and one male parent. As a result, there is a 50/50 chance that the plant will be the feminized version that carries all of those wonderful cannabinoids. As you have no control of the plant’s gender, there is a chance that you’ll waste weeks waiting for the gender to be revealed.

You should purchase feminized seeds instead of their regular counterparts. These seeds have no male chromosomes and are guaranteed to provide resinous bud. In other words, you don’t have to wait for a guarantee which is NOT the case with ‘regular’ seeds. 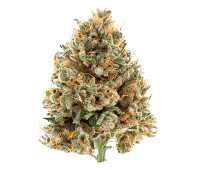 ILoveGrowingMarijuana are the masters when it comes to seeds. Offering a massive variety of cannabis seeds that are well categorized, not only does this company create a resource for superb quality options including feminized seeds, it also provides extensive growing information for those looking for some support along their journey.

This type of seed is your best option if you want to grow your weed indoors. These seeds have genetics which evolved in northern Eurasia which means they are strong and sturdy. They are mixed with Cannabis Ruderalis, a plant known for its ability to grow in harsh weather conditions.

One of the biggest advantages of autoflowering seeds is their ability to produce a minimum of two outdoor crops. When you grow them indoors, however, you can produce four or five crops per annum. Certain strains can become mature in just ten weeks! They are heavily resistant to mold and pests and produce a much higher yield when exposed to a powerful light source.

As much as we would love to provide a definitive answer to the title question, we have to admit that it is complicated. You can purchase seeds within most states where growing marijuana is legal, but the issue is clouded by the fact that marijuana is federally illegal. Then there is the small matter of the nuances of state and even local law.

You should be able to purchase from seed banks in the UK and Netherlands, but make sure you do your research and find a reputable company. The last thing you want is to buy what you think are feminized seeds, only to discover that they are regular seeds capable of producing male plants!

ILoveGrowingMarijuana are the masters when it comes to seeds. Offering a massive variety of cannabis seeds that are well categorized, not only does this company create a resource for superb quality options including feminized seeds, it also provides extensive growing information for those looking for some support along their journey.

How to Properly Store and Preserve Cannabis Seeds [Explained]

Sensi Seeds Review – Is It the Best Seed Bank in the Industry?

The perfect place for seeds