Bacillus thuringiensis is a bacterium and natural pesticide, but can it help marijuana plants?

The most straightforward answer is yes. However, with more people now turning to organic growing methods, we feel the subject is worth exploring in greater detail.

Here’s all you need to know about Bacillus thuringiensis, how to use it, and its potential benefits for your cannabis garden.

What Is Bacillus Thuringiensis?

As we have already mentioned, Bacillus thuringiensis (Bt) is a type of bacteria. Within the last century, it has become popular as a natural pesticide.

Its rapid rise to fame is, in part, due to the risks associated with chemical insecticides and herbicides. These products may leave harmful residues that can damage human health when consumed by eating or smoking.

Furthermore, Bt has the advantage of killing unwanted pest species without affecting other wildlife. This feature is critical in a world where people are beginning to appreciate the benefits of working with nature, not against it.

Humans first became aware of Bt in the early 20th century. A Japanese biologist called Shigetan Ishiwatar was investigating the death of large populations of silkworms. He isolated and identified Bt as the cause in 1901.

Then in 1911, a German microbiologist called Ernst Berliner found the bacteria responsible for killing populations of Mediterranean flour moths. He named it after Thuringia, the town that the moths inhabited. Berliner also took the first steps toward understanding how the bacteria worked, discovering that they contained a type of crystal.

In the 1920s, farmers started using Bt as a natural pesticide, and in 1938, a commercial product called Sporine became available.

However, it was not until the 1950s that researchers uncovered the precise way in which Bt works. They named the crystals that Berliner discovered earlier as ‘parasporal crystals,’ noting that these proteins were toxic to certain insects.

In 1961, the Environment Protection Agency officially registered Bt as a pesticide. Throughout the 1970s, its use was widespread as a method of controlling moth and butterfly larvae.

Then, in 1977, scientists identified a subspecies of Bt that was toxic to fly, mosquito, and fungus gnat larvae.

Bacillus thuringiensis continued to rise in popularity throughout the 1980s as more insect species became resistant to chemical pesticides. Nowadays, many GMO crops contain Bt in their genetic code. Some common examples include corn, soybeans, and cotton.

And although people may not immediately associate Bacillus thuringiensis with cannabis growing, it may provide several benefits.

For anyone wishing to grow marijuana organically, Bacillus thuringiensis could prove a useful ally.

Like all plants, cannabis is susceptible to invasion from various pests. Some of the most common include:

While Bt may not be effective against all of these species, it could help to keep some pests under control. Furthermore, it does so without contaminating the plant’s precious flowers. 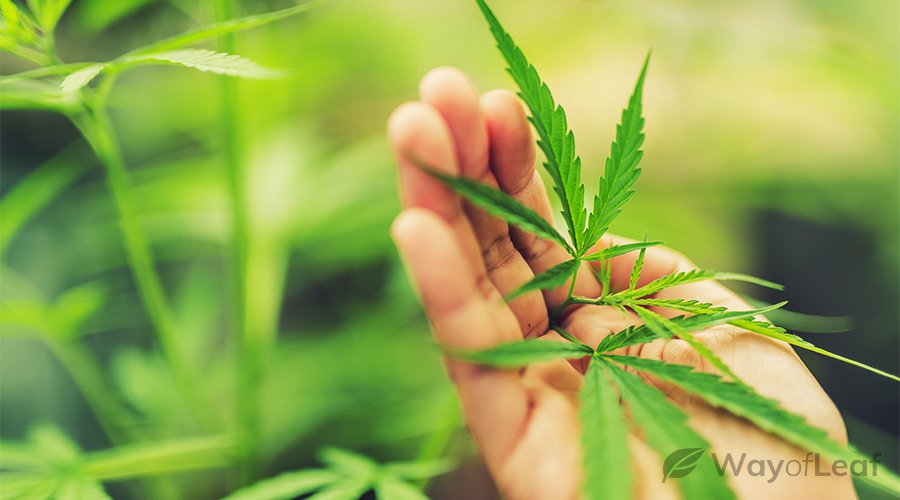 Bacillus thuringiensis is probably most useful to outdoor cannabis growers. This is because outdoor plants are more prone to infestation by caterpillars, one of the species for which Bt is most effective.

For indoor growers, other natural pest control techniques may be more appropriate. We will discuss some helpful options later in this article.

For more information on cannabis pests and how to manage them, see our popular article: 8 Ways to Eliminate Pests Without Using Chemicals.

The Best Types of Bacillus Thuringiensis for Cannabis Growing

Bacillus thuringiensis kurstaki is most useful for controlling pests like butterfly and moth larvae. It is deadly to various species, including:

Bacillus thuringiensis israelensis is best for controlling the larvae of certain types of fly, including:

However, one strain of Bt that environmentally-conscious growers will want to avoid is Bacillus thuringiensis aizawai. This particular bacterium is toxic to honey bees, an endangered yet crucial part of any ecosystem.

How to Use Bacillus Thuringiensis for Growing Marijuana

There are many commercial pesticides available that contain Bt as an ingredient. They generally come in the form of powders, sprays, pellets, or granules.

For Bacillus thuringiensis to be effective, it needs to enter the target species’ digestive tract. When the pests eat the bacteria, the parasporal crystals activate inside their guts. Their digestive systems then begin to break down, leading to starvation and death.

Therefore, it is necessary to apply Bt directly to a plant’s leaves, so any pests feeding there will consume the pesticide. For this reason, sprays and powders may be the best options for cannabis growers.

However, these products can wash off in the rain or under some watering systems. Therefore, it is essential to apply Bt pesticides in dry weather or protect your cannabis plants from the rain. Many pests also become more active on hot and dry days, providing a perfect opportunity to use Bt.

Before using any Bacillus thuringiensis products, read the label carefully, and follow the manufacturer’s instructions for maximum efficacy and safety.

Although Bacillus thuringiensis is generally seen as a safe pesticide for cannabis, there are a few precautions to consider.

For example, there have been a few reports of people experiencing skin or eye irritation after contact with Bt.

Therefore, it is not advisable to use Bt sprays or powders in windy weather. You should also wash your hands thoroughly after use. The manufacturer’s instructions will have further details on what to do if exposure to Bacillus thuringiensis occurs.

Another consideration is that, over time, Bt can accumulate in the soil. Eventually, this may cause pests to become resistant to its effects.

Therefore, it may be best to limit the use of Bacillus thuringiensis when growing cannabis. You can supplement it by using any of the complementary natural pesticides below.

Using Bacillus Thuringiensis for Cannabis with Other Natural Pesticides

Bacillus thuringiensis is effective against several marijuana pests. However, it does not deal with every single species. Fortunately, it is possible to combine Bt with other organic pest control methods. Here are some of our favorite techniques:

Numerous predatory insects will feed on common cannabis pests such as aphids and whitefly. Some of the most well-known examples include:

Luckily, although Bt is harmful to many pest species, it does not appear to affect these beneficial insects adversely. Therefore, it should be safe to use these two natural pesticides together.

To learn more, check out our related article: The Best Insects to Benefit Your Cannabis Garden.

Growing your marijuana close to pest-repelling plants may reduce the risk of infestation and the need to use other pesticides. Some good options to choose from include:

The bonus here is that many of these are fantastic culinary herbs. You can use them to season food or even create delicious cannabis edibles.

Adding banana peels to your soil may help to repel pests, such as aphids. They also act as a rich source of potassium, an essential nutrient for growing marijuana.

Peppermint tea may offer some protection against various insects, including ants. This is important because ants ‘farm’ aphids to gather the sweet honeydew that they produce.

Simply brew some peppermint tea, allow it to cool, and use it as a spray on your cannabis plants. Do not do this at the same time as applying Bt, or you risk washing away the bacteria.

Vinegar is an effective and natural way to combat powdery mildew. Combine one part white vinegar with three parts warm water and spray the mixture onto your plants. As with peppermint tea, do not do this at the same time as applying Bacillus thuringiensis.

You can further reduce the risk of mildew and mold by keeping cannabis plants in a sunny spot with well-drained soil.

Bacillus thuringiensis is a bacterial pesticide and may prove useful to organic marijuana growers. It is most effective against pests like caterpillars, blackflies, and fungus gnat larvae. However, it is possible to combine it with other natural pesticides to get rid of other species too.

Apply it directly to your plant’s foliage for the best results, and keep your plants dry after use. For maximum effectiveness, choose the right strain of Bt for your specific problem.

How to Use Neem Oil for Cannabis Plants [Organic Pest Control]

How to get the highest yield

How to Make Those Nugs Last [And Conserve Your Weed!]

Our top tips for getting the most out of your marijuana

How to Grow Grape Ape Marijuana

How to grow this fruity strain

Everything you need to know to grow this pungent strain

The Easiest Cannabis Strains to Cultivate

Everything you need to know to grow this fantastic strain

How to Keep Your Cannabis Grows Healthy and Virus-Free

Important information for every weed grower.

5 Ways to Prevent Plant Stress [And Save Your Weed Crop…]