The increasing legalization of cannabis means it is becoming ever more commercialized. Strains such as Blue Dream, Pineapple Express, and OG Kush tend to dominate the marketplace. Indeed, you will likely find dozens, if not hundreds, of strains in your local dispensary.

The price of cannabis varies according to the supply of the strain and where you live. Residents of Oregon, for example, may pay less than half of those living in Washington D.C. for the same strain! Those looking for an inexpensive high can opt for Northern Lights, Blue Magoo, or White Widow. On the other end of the scale lies Loud Dream, which sells for around $800 an ounce in some places!

And as much fun as it is to light up G13 or Blue Diesel, cannabis aficionados pine for more. Real lovers of weed do their utmost to seek out the world’s rarest marijuana. It is similar to drinking wine or spirits like rum. Yes, a drink such as Appleton Estate Signature Blend is enjoyable and welcome. However, rum lovers will ultimately seek Appleton’s 21-year old bottle for a luxurious experience. Then they will try to hunt down Bundaberg 18-year aged rum, and so on.

Marijuana users will go through the same process. There is a slew of ‘rare’ and remarkable strains out there. The trouble is, they are extremely tough to find! You need patience and a deep wallet if you want to complete your mission. Cannabis snobs will even suggest that ‘commercial’ strains aren’t particularly worthwhile. Perhaps they have heard of the following cannabis types. Most users probably haven’t, however. 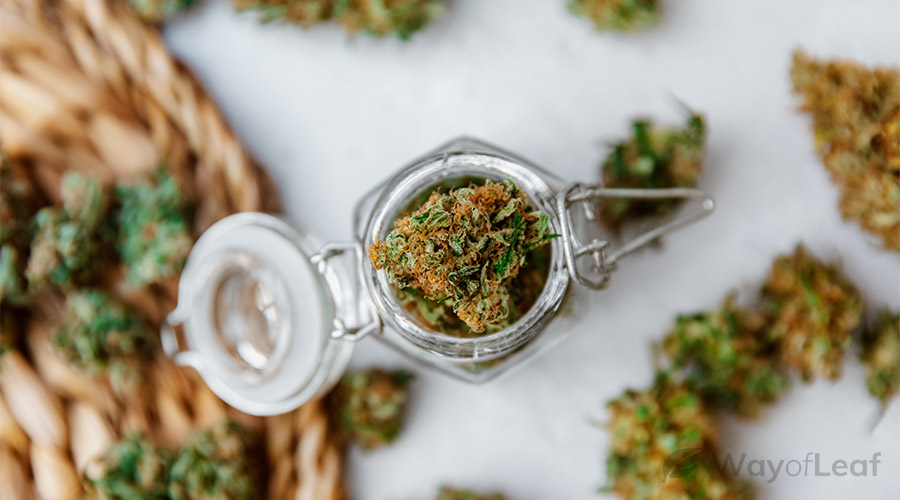 Quite a few people believe Malawi Gold is a figment of the imagination! We can tell you it exists! Native Malawian tribes originally grew it. This strain is widely considered as one of the most potent sativas in Southeast Africa. It is a landrace with a moderate THC content of 14-18%. You will find the best quality Malawi Gold in the nation’s Salima region. Reports suggest that it isn’t quite the same when cultivated anywhere else.

It is easy for the relatively low THC level to fool you. After all, there are commercial strains on the market with 25+%. However, Malawi Gold is pure sativa, so you can expect extremely potent effects that take you by surprise. Users say they feel extremely energized, uplifted, and stimulated when they have a few tokes. It is best compared to consuming a robust cup of coffee.

If you are lucky enough to get your hands on Malawi Gold, use it in moderation! Indeed, we don’t recommend it if you are a novice. Excessive use could result in paranoia or anxiety. In the unlikely event you get seeds, it grows best in a greenhouse. Otherwise, you need to ensure your indoor grow area has warm temperatures. Get everything right, and you will benefit from a significant yield. 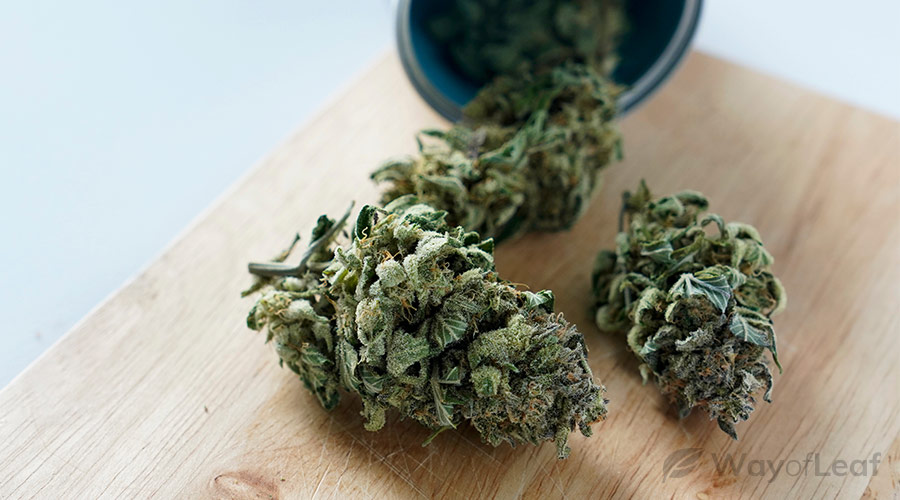 You will find this cannabis strain in the Parvati Valley region of Himachal Pradesh. It is also the name of the Hindu Goddess of fertility, love, marriage, beauty, devotion, and several other things! The Real Seed Co. has bred the landrace Parvati strain, which is a sativa. It is an extremely resinous marijuana and is incredibly hard to find. Indeed, information on it, such as its CBD and THC content, is limited.

What we can tell you is that Parvati is an extremely aromatic black hash strain that likely has decent CBD content. It has a fruity and spicy scent, and you could probably use it during the day. What you may find is that Parvati provides a ‘traditional’ hash experience without the intensity and unease associated with some commercial strains.

Your best bet to get Parvati is to visit the Real Seed Company’s website. However, you will find that it is often sold out. Residents of Pakistan, Nepal, and India often use this wispy plant to create charas, a popular type of hashish. Alternatively, you can make the trip to Parvati Valley in early November and find it on the mountain slopes. The process involves climbing to an altitude of 10,000 feet. Then you have to get it past customs on the way home. It is probably better to periodically check the Real Seed Co. site! 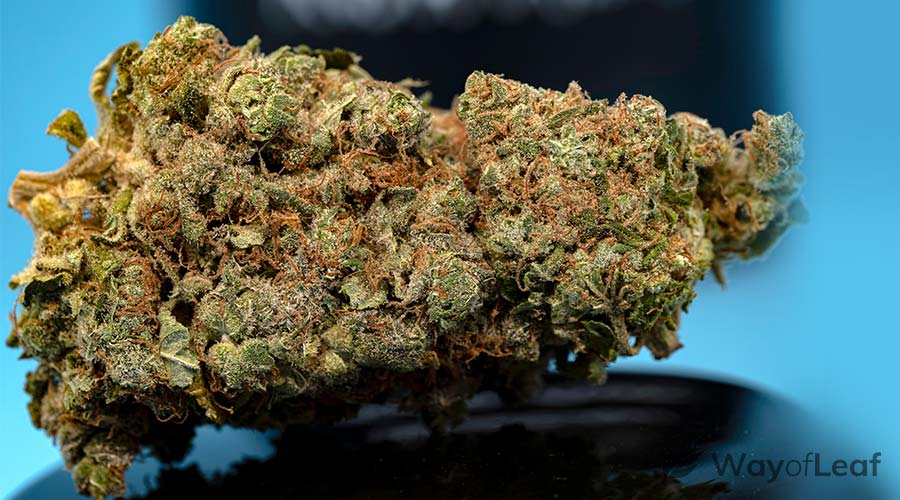 In all likelihood, you will probably never see this strain in your local dispensary. It is native to India’s Kerala region, but there is terrible news. Domestic police crackdowns mean Idukki Gold is endangered, and could one day vanish from the face of the Earth! Those fortunate enough to have sampled this strain say it is among the finest weed ever produced in Asia. It is prevalent in the region, though you need to brave dense forestry to see it growing.

What is surprising is how low the THC content is. At just 9%, it wouldn’t even meet ‘mid-shelf’ standards in North America or Europe. Nonetheless, people travel from all parts of India just to get a few grams of it. Some users say the high is so incredible that it causes them to cry with joy!

One issue is that sellers are starting to take advantage of the strain’s popularity. It is normal for them to bring other weed from states such as Andhra and Orissa into Kerala. They label these strains as ‘Idukki Gold’ and charge a premium! If you are ever in the Idukki district, you will see the strain growing in the Western Ghats mountains. However, the police don’t hesitate to shoot anyone at the site of a smuggling operation! Sadly, we can file Idukki Gold under ‘cannabis strains we’ll never get to use.’ 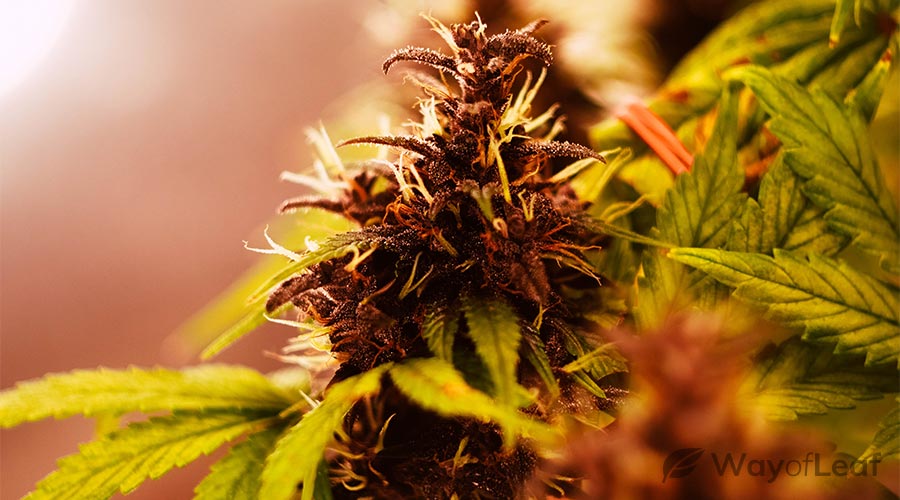 Those of you who lived through the 1970s probably have heard of Puna Budder. T.H. Seeds combined two wonderful landraces, Afghani and Hawaiian, to create this super strain. The power of a pair of remarkable strains means it offers a beautifully balanced hybrid to users. With a THC content of 19-22%, it is not a strain you should try if you have a low weed tolerance.

Finding real Puna Budder will prove difficult due to its rarity. It was extremely popular around 45 years ago. However, intense police crackdowns ensured that this strain was almost eliminated from North America. There are signs that it is making a comeback, though it remains hard to find. The grape and blueberry fragrance is enticing. As is the marvelous creamy butter, pine, and sweet berry flavor. Once you exhale, you will enjoy the smoothness of the smoke.

If you get to try Puna Butter, do so carefully! It acts incredibly fast, and the high begins with a cerebral rush of euphoria. Before long, you are grinning to yourself in the belief that the world is a beautiful place! Users often report feeling a surge of creativity soon after the intoxication takes hold. Eventually, the indica part of the plant takes over, and your limbs and muscles feel relaxed. Fortunately, it doesn’t cause couch-lock and actually makes it easier to move. 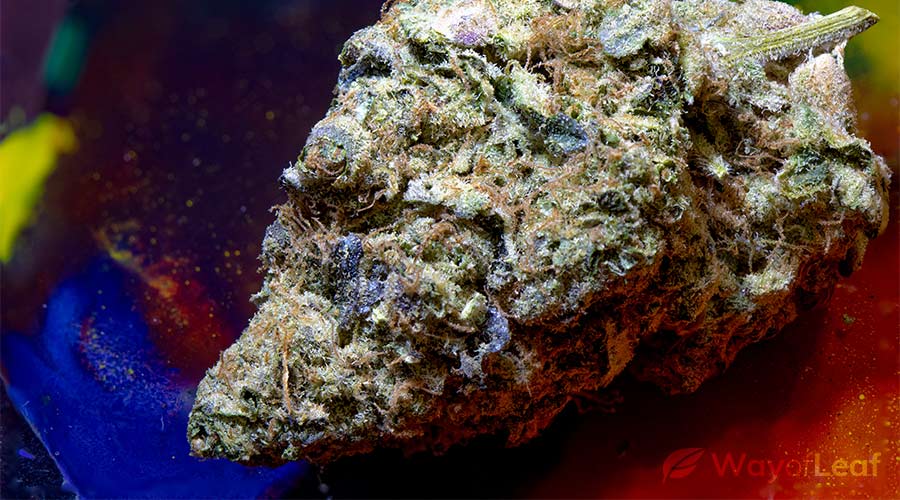 If you see companies offering seeds for this strain online, be wary! It is challenging to purchase genuine Black African Magic seeds, let alone doing so after a two-minute Internet search. Indeed, some experts wonder if seeds for this strain even exist! It is a marijuana strain shrouded in mystery. Some believe it isn’t a strain at all. Instead, the famed black coloring is merely a phenotype expressed in specific conditions.

Back in the 1970s, however, you could find Black African Magic with relative ease. That is, by the standards of the era. Remember, cannabis was prohibited, and being caught buying or selling it led to a severe penalty. Its THC content is as high as 22%, with approximately 0.5% CBD. For those who can handle the potency, it is an excellent strain for daytime use. You will experience a degree of control in the energetic cerebral high.

However, newcomers should stay FAR away from Black African Magic! Many experienced users claim it is the most potent strain they have EVER tried. The intoxicating cerebral effects are downright scary if you have never sampled strong weed before. Those with a high tolerance may feel it is a spiritual experience. For everyone else, it is a strain that will hit them far too hard and fast.

It is typical for people to brag about their achievements and experiences. It is no different in marijuana culture. Those who have had the chance to sample rare strains most people have never heard of will let you know. These days, their boasts are easy to see all over the Internet. Therefore, you may see these strains mentioned on social media. However, even if you have, we hope that the information we have provided proves useful.

What all of these marijuana strains have in common is their rarity. You are unlikely to stroll into a dispensary and order half an ounce of Black African Magic. The trouble here is ascertaining whether the weed is even authentic, as we saw with Idukki Gold. If you are fortunate enough to find any of these strains, you will likely pay a lot of money for the privilege.

Other relatively unknown strains worth mentioning include Oaxacan Highland, Angola Roja, and Greek Kalamata. There are several more, but we don’t hear of them very often. In any case, if you have tried any of the above, let us know in the comments section!

8
9 min read
Join the discussion
TOC
Premium
Your subscription has ended
If you love cannabis and want to support our site, join WayofLeaf Premium today and unlock
Best of all, part of your membership fee will go towards supporting the fight to legalize cannabis.
Sign Up for WoL Premium
Not now
I already have an account
×
Log in to Your Premium Account