The Golden State is often held up as the ‘gold standard’ of cannabis cultivation. California had the first MMJ program in the United States, having legalized medical marijuana in 1996. However, it took two decades for it to make the final step to adult-use legalization. Even so, the state had a significant head start over the rest with regards to growing the herb.

California covers an enormous landmass, and most regions have the ideal climate for cannabis cultivation. However, a handful of areas have developed a reputation for producing nothing but top-shelf weed. Let’s take a closer look at these areas in this article.

It is possible to grow weed indoors in any location. However, the plant requires a specific set of outdoor conditions to thrive. Marijuana likes the ‘Mediterranean’ climate with hot summers, mild winters, and moderate rainfall at best. Warm days followed by cold nights is the ideal scenario for your cannabis.

American’s North West, including the famed Emerald Triangle in California, is a region with the ideal Mediterranean climate, not to mention sloping mountainsides. It isn’t warm compared to the rest of the state, but it never gets too cold, which is great news for marijuana cultivation.

Growing cannabis requires deep pockets, and in California, a handful of huge companies hold many of the licenses.

Data from 2018 showed that 0.7% of licensed cultivation businesses held around 20% of permits! The terms of Proposition 64, the initiative that legalizes recreational weed, enables growers to hold one medium cultivation license.

How to Find the Best Growers in California

If you are stuck for time, the quickest and easiest method is to stick with the legendary Emerald Triangle region. It is located in Northern California and is America’s most significant marijuana-producing region. The Triangle features three counties:

Growers were producing marijuana in this region in the 1960s, long before it became legal! The legalization of MMJ through Proposition 215 helped the region’s pot growth expand exponentially.

There are rumors that some plants reach 15 feet in height. Why does this happen? It seems as if the Emerald Triangle has among the most ideal natural conditions for cannabis growing in the world. The fertile soil and Mediterranean climate are a perfect combination. The hills are also covered in a morning fog that nourishes the plants, and the varying environmental factors add a unique flavor.

The region’s reputation is such that the weed grown there fetches higher prices than most other herb sold commercially in the United States. In Mendocino County alone, growers generate an estimated $1 billion in revenue annually! In Humboldt County, the weed is so famous that it is causing significant spikes in the price of real estate!

It’s All in the Technique

With over half a century of experience, growers in the Emerald Triangle have developed techniques and strains exclusive to the region. The biodiversity of the area has helped them in this process. Examples include: 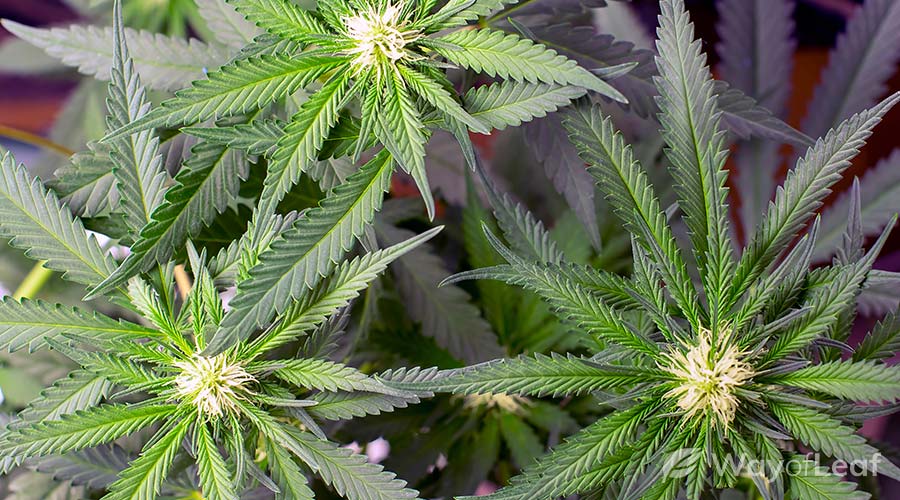 While there’s no doubt that the climate and soil help, focusing solely on such issues detracts from the knowledge of growers. They know how to cultivate without resorting to pesticides or chemicals. Growers in the Emerald Triangle are all about long-term sustainability and place a tremendous emphasis on the soil. Overall, approximately 100 companies grow weed in the region.

As famous as the Emerald Triangle is, we should not overlook the San Francisco Bay Area. Even small residential growers find that it is an excellent place to grow weed outdoors if they have land and security. Commercial growers know that the best time to start is in May and June. Depending on the strain, it means you should have a full harvest by October or early November, just in time to avoid the rainy season.

One potential issue faced by residents of the Bay Area is climate change and the likely effects. The region faces droughts, which is terrible news for those growing marijuana. However, this problem could increase the potency of weed. A lack of water could stress the plants and cause them to exhibit more of their medicinal tendencies. As a result, the cannabis grown in the Bay Area may contain more THC than average.

Weed Farms in California – Is There Anywhere Else?

It is easy to forget about Santa Barbara as it previously didn’t have a reputation for growing cannabis. However, all that has changed, and now the coastal county is arguably the capital of California’s legal market. It is the location for several of the world’s biggest weed farms. Marijuana lobbyists worked hard to convince Santa Barbara officials to allow the herb in the region.

However, their hard work has paid off spectacularly as county lawmakers opened the door like no other place in the United States. Supervisors decided not to limit the size and number of cannabis growing operations. They also elected not to vet applications for licenses. Also, Santa Barbara decided to avoid conducting site inspections.

The result is a remarkable influx of cannabis growing companies. One enterprise is planning to create a 147-acre greenhouse region for weed cultivation in the Santa Rita Hills. Just two miles away, another farmer planted an 83-acre grow in 2019, the world’s second-biggest at the time.

Farms in Santa Barbara County held 35% of all California cultivation licenses by the middle of 2019. The region only comprises 1.8% of state land!

The above is great news for cannabis companies, but less beneficial for residents. Many have complained about the smell of the weed, which causes side effects such as headaches and nausea. In Carpinteria Valley, companies must install odor control systems. However, this regulation is not implemented outside that region.

The fact that county officials have rushed through the process is a cause for concern. There is a possibility that the weed grown in Santa Barbara is not of the highest quality. However, those who operate in the area say the pesticide levels are set extremely low. It is interesting to see how the region develops. However, at present, we can’t include it as the top area for cannabis cultivation in California.

Final Thoughts on Who Grows the Best Cannabis in California

Overall, it seems as if the Emerald Triangle is still home to the best marijuana in California, and some would say the world. The combination of the ideal cannabis climate, fertile soil, and knowledgeable growers, means the herb that comes out of this region is incredible.

Cannabis grown in the Bay Area is excellent but still has some catching up to do. Santa Barbara holds promise, but the rapid influx of new growers could dilute quality. Other regions of note include San Bernardino, Orange County, and L.A. County.

Choosing individual companies isn’t easy, but here are a handful of renowned growers:

It isn’t all good news, however. The market is becoming extremely crowded in Northern California, which is contributing to drought and could negatively impact fish and wildlife habitat. It is also a sad fact that a relatively tiny number of huge businesses are cornering the market. This makes it almost impossible for small farms to gain a foothold in the industry.