Written by Tiannah Pedler, M.A.
4 min read
6 comments
Read Later
Overview
Preheat oven to 350 F. Grease a 9-inch springform pan. Mix Graham cracker crumbs with your melted butter and cannabutter and press mixture to bottom of the pan. Mix cream cheese with sugar and blend in the milk, and mix in the eggs one at a time. Add the rest of the ingredients and pour into the prepared crust. Bake for an hour and then let cool for 5 - 6 hours. Place in fridge to cool. Melt chocolate and add a little cream. Pour on top and serve. 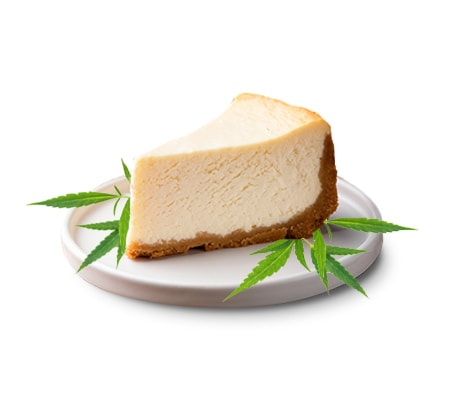 For lovers of cheesecake, nothing beats the New York version. Believe it or not, however, a physician named Aegimus suggests that the ancient Greeks enjoyed the sweet treat back in the 5th century BC! Some historians believe that athletes at the first Olympic Games, in 776 BC, consumed the dessert.

We can trace the modern edition of cheesecake back to the 1700s, but the American version only took hold after 1872. It was in this year that William Lawrence accidentally invented a dense and creamy cheese when attempting to recreate a French cheese called Neufchatel.

As for the legendary New York cheesecake, we can probably thank German-born Arnold Rueben. He is also famous for developing the signature sandwich that bears his surname. After going to a party, he received a cheese pie. Rueben experimented with the dish, and from this tale, we get the New York Cheesecake!

The essence of the dessert is its reliance on sour or heavy cream. Typically, it is extremely rich, with a delightfully smooth, creamy, and dense consistency. The heavy/sour cream ensures the cheesecake is less likely to freeze. If you feel daring, mix the cream with vanilla extract and sugar, and put it in the oven for a twice-baked masterpiece!

These days, canna-cooking is extremely popular! Prospective chefs with a love of marijuana enjoy conjuring up a variety of weird and occasionally unusual dishes that contain the herb. In this article, we provide you with a quick and easy recipe for a 420 New York Cheesecake. The dessert isn’t the only thing getting baked today!

The primary ingredient in a 420 New York Cheesecake and any other marijuana-infused edible is cannabis butter. You may believe it is a complicated and challenging endeavor, but in reality, all you’re doing is mixing weed with butter. It is necessary to decarboxylate the herb to activate cannabinoids such as THC and CBD. Otherwise, you end up with raw pot that offers little in the way of effects.

As far as ingredients go, you need a cup of butter for every half-ounce of weed. In case you are wondering, a cup of butter equals half a pound, eight ounces, or two sticks. If you want to include a full ounce of marijuana, use 16 ounces (four sticks) of butter.

Here Is a Step-by-Step Guide to Creating Cannabutter: 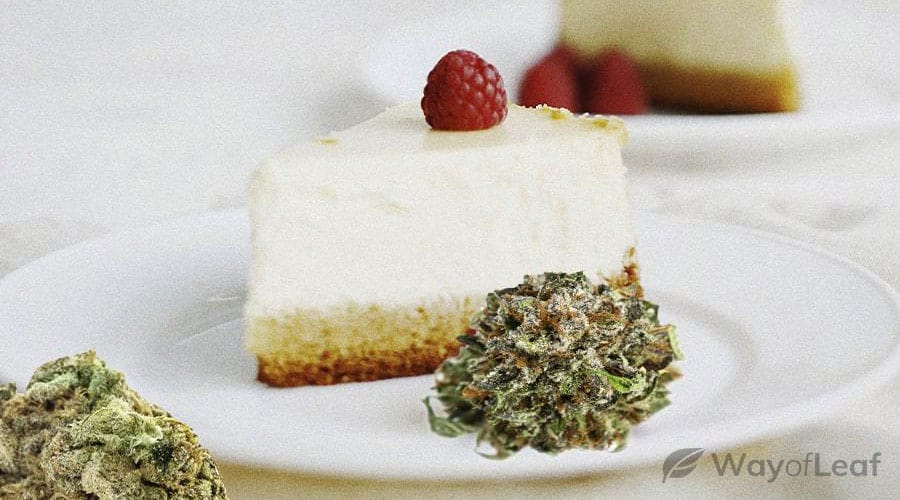 Strains such as Blueberry Cheesecake, Lemon OG Candy, and Chocolate Haze are ideal for this particular recipe!

One of the great things about edibles is their versatility. Aside from making desserts such as the 420 New York Cheesecake, you can add your cannabutter to savory delights, or even in traditional breakfast, lunch, or dinner dishes.

However, newbies often make a crucial mistake when using edibles: They become impatient! The effects of edibles could take up to two hours to kick in fully! One of the worst things you can do is to eat a slice of this cheesecake, get frustrated at the seeming lack of impact, and eat extra slices!

When the high hits, it is powerful. If you overeat weed, the psychoactive effects are potentially overwhelming. Don’t ruin your first experience; respect the strength of the herb, and allow the results to come naturally.

Want to read more cool recipes? Check out the recipe section of the wayofleaf.com

The perfect snack for your movie night in

Marijuana Turkey Roast Recipe | How to Prepare This Fun Dinner

5 Things to Do with Weed Butter

Cannabis-Infused Maple Syrup Candies [Are They Any Good?]

A refreshing way to enjoy weed

How to Infuse Coconut Oil with Marijuana

Tastier than you think!