Trulieve [Reviewing and Understanding this Florida Based Dispensary]

Trulieve is a licensed marijuana operator in the state of Florida, meaning it has a significant impact on the lives of Floridians in need of medicinal cannabis. There are fewer than ten such providers at the time of writing, in a state where the medical marijuana registry hit 100,000 patients in April 2018 — and is now (as of July 2018) over 117,000!

The pace of growth is accelerating, with over 2,500 people joining each week (for reference, there were under 20,000 people on the registry in June 2017). As there are so few providers and dispensaries currently operating in Florida, demand is massively outstripping supply, so companies like Trulieve have their work cut out for them.

Trulieve Florida Marijuana Dispensary: How Big is Their Presence?

Trulieve is on a mission to make it easy for MMJ cardholders in Florida to purchase medical marijuana. As of July 2018, it had dispensaries in 15 locations across the state (out of a total of 39) including locations in:

Trulieve not only sells an array of medical marijuana products, but they also connect patients with physicians. If you are looking for cannabis to relieve medical issues such as muscle spasms, loss of appetite, and symptoms associated with conditions such as cancer, follow these steps to get on the registry and purchase your order of weed:

[For more information on how to get an MMJ card in Florida, check out our step-by-step guide here].

If you don’t know where to find a cannabis doctor in Florida, Trulieve offers a list of preferred physicians on its website. The company also enables physicians to gain the qualifications needed to prescribe medical marijuana to patients. If this interests you, here are the steps you must take:

Trulieve currently sells a vast array of marijuana products, including:

[Bear in mind that Florida medical marijuana law stipulates that all forms of medicinal cannabis must be administered via a “marijuana delivery device.” In other words, smoking traditional bud/flower/joints/bowls etc is currently not permitted].

The Trulieve Tabletop Vaporizer looks suspiciously like the famous Volcano Vape, and at $750, it is almost $300 more expensive. The company’s proprietary vape pen is also a big seller, and is available for just $20. It is an entry-level device that is very easy to use, and it fully charges in around an hour with no buttons to worry about – just press your lips against the mouthpiece, and you can start vaping by taking a three-second draw.

Trulieve also sells Sativa, Indica, and Hybrid oil cartridges for vaping. A 250mg cartridge costs $37, and its THC to CBD ratio is approximately 20:1 (this seemingly goes against the current “low-THC” Florida legislation, which is a little bit confusing to us). The company recommends using 5mg twice a day, which means each cartridge should last 25 days. Overall, a month’s supply would cost roughly $44 on average.

Trulieve’s Topical Sunscreen (a must for FL residents!) contains 250 mg of cannabinoids in a THC to CBD ratio of 1:1, which means a $50 jar contains 125mg of CBD and 125 mg of THC. This is ideal for patients with chronic pain in localized areas and, as it is a sunscreen, offers protection against that vicious Florida sun. (You can find out more about Trulieve’s range of products on their official website).

One of the most impressive things about Trulieve Florida is that the brand is willing to fly in the face of the law to help patients in need of medical marijuana. Medicinal cannabis has been legal in the state of Florida since November 2016. However, ‘smokable’ marijuana remains illegal in Florida, which means dispensaries must sell extracts and oils only (edibles are currently illegal).

However, Trulieve effectively ignored the law by selling whole-flower cannabis in May 2017. According to its CEO, Kim Rivers, the company had been selling whole-leaf products in various forms since 2016; products that could be used with dry herb vaporizers. At the time, Rivers was adamant that whole-leaf products were essential for patients to benefit from the ‘entourage effect,’ which essentially states that cannabinoids work better together rather than in isolate form.

Currently, it appears that Trulieve is no longer selling actual dry herb/flower, and instead is focused solely on concentrates and vape oils.

What Do Patients Say About Trulieve?

To date, Trulieve has received overwhelmingly positive reviews as patients believe it is one of the few organizations intent on doing good things within the greater medical cannabis community. For example, it is expanding its presence in Gadsden County and aims to have over 400 employees on its payroll by the end of July 2018.

Speaking of Gadsden County, Trulieve is also on course to becoming the largest private employer in the area – a feat that would’ve been truly unthinkable even five years ago. Gadsden County was one of the areas affected most by this past decade’s global recession, with a poverty rate of over 20% and a median income of just $38,500. Three significant employers were lost during the recession, so Trulieve’s growth is extremely encouraging and could be what the county needs to get back on its feet.

Meanwhile, Trulieve opened a new medical marijuana registry in June 2018 in New Port Richey, where there was a line of 150 patients waiting outside for the grand opening! This was Pasco County’s first ever cannabis dispensary, and it provided further evidence that the brand is spreading successfully across the state.

As for the standard of service offered by Trulieve, patients seem to believe that it is genuinely top-notch. The company has earned a reputation for providing patients with all the information they need to make an informed medical marijuana choice, and its staff are friendly, knowledgeable, and extremely well-versed in making customers feel welcome and at ease.

One criticism of Trulieve is that its rapid expansion means its inventory is a little light in some locations. Also, there have been some complaints that the brand is perhaps in too much of a hurry to bring staff on board who are not yet fully trained (of course this would make sense though given that they are simply trying to keep up with market demand).

Even so, Trulieve is a company that is no doubt making a positive impact on the state of Florida, and it is showing no signs of slowing its growth as the state registry’s numbers continue to swell. If you are considering getting your medical marijuana license in the state of Florida, Trulieve will very likely end up being the company that provides your cannabis meds, which all things considered, is definitely nota bad thing. 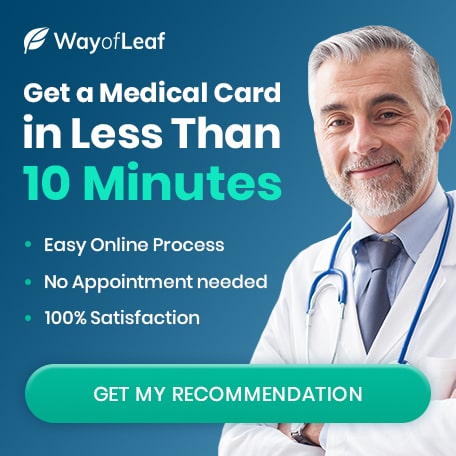 We were so impressed by the service and top-quality products that Medicine Man had to offer that we actually listed them as #1 on our recent 5 Best Marijuana Dispensaries in Colorado. Medicine Man located in Aurora, Colorado is one of the most reputable dispensaries in Colorado that provides recreational marijuana services to 420-lovers. First […]

Veriheal Online Medical Marijuana Recommendations Veriheal is a top-rated online source for people seeking a medical marijuana card (MMJ card). They work in collaboration with state-licensed physicians across the U.S., as well as numerous legal medical marijuana dispensaries. Simply put, they help to eliminate a lot of the hassle and headaches that come along with doing […]

The finest MMJ dispensaries in the Sunshine State

Medical marijuana was legalized in Nevada in November 2000. When Question 2 was asked in November 2016, 54% of voters said ‘yes’ and weed became legal for recreational use in the state. You are also allowed to grow cannabis, but only if you live more than 25 miles from a dispensary. With cannabis now legal […]

For all those people who figured it was too time-consuming, or too much of a pain to get in their car and drive down to a medical clinic to get a physical examination for a medical marijuana recommendation, Southern California based Heally is the perfect solution for you. It is a 100% online evaluation center that […]

Can weed help with end-of-life care?

Once you go Cannabismo, you’ll never go back. This Canadian based dispensary is well-known for its supreme customer service and high-quality weed. Unlike other dispensaries these guys are veterans. They’ve actually been around for over 15 years, providing medical marijuana to their loyal customers. One of the major advantages of Cannabis is their online process […]