There are likely thousands of different marijuana strains around the world. Breeders continue to cross existing strains to create ‘new’ forms of cannabis. Yet, for all the rich variety, you can still place cannabis in one of three types, and we’re not talking indica, sativa, and ruderalis! For experienced marijuana lovers, there is bad, adequate, and awesome bud.

However, where does ‘Kind’ bud fit? We explore what this specific form of cannabis is below but first, let’s differentiate between the good, the bad, and the ugly of marijuana.

Also known as schwag or reggie, you should avoid low-quality dirt weed at all costs. It was a staple of the ‘good old’ days because marijuana was illegal, and users were happy to get their hands on just about anything. This is cannabis a novice would grow without following guidelines and is typically full of everything barring the good stuff. If you can’t spot it by sight, you’ll know it is bad when you start wheezing and coughing after using it. 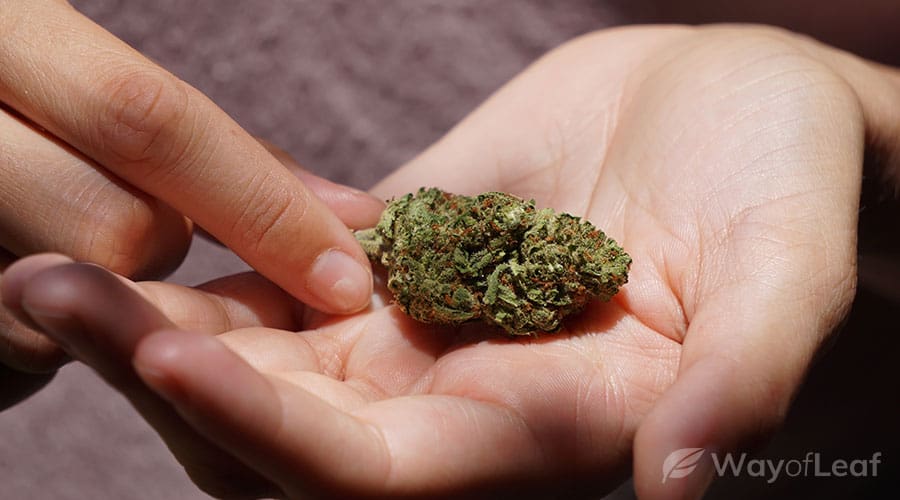 Reggie weed is usually extremely dry and full of seeds. Indeed, it can look like the clippings left over after you cut the grass. It could also be so brown that it looks as if it has been dug out of the ground five minutes previously.

Better known as ‘mids,’ this is middle-of-the-road marijuana. There is nothing especially wrong with it, and it should either get you high or potentially help alleviate a medical symptom. It is a good and realistic option if you can’t afford the best.

Mids marijuana is a reasonable choice if you’re on a budget due to its combination of relatively low pricing and mid-level THC content .

It should have bright green patches and a few darker green notes. There may also be a few orange or red hairs on there. It feels dry but doesn’t crumble in your fingers like schwag. It isn’t unusual for the THC of mids weed to be around 15% which is potent enough for novices.

Also known as ‘dank,’ this is the cannabis users want to get their hands on. When you have premium-grade marijuana in your hand, you will notice vibrant colors and glistening trichomes. Depending on the strain, the orange, red or purple hues are a wonder to behold.

The smell fills the room, and you will get a nuanced taste. Finally, the THC levels are well above 20%, and the effects can last for hours.

Is it different from regular w…

What Category Does ‘Kine’ Weed Fit Into?

First and foremost, we have to point out that while it is often called ‘kind’ weed, the correct spelling is ‘kine.’ If you dig a little deeper, you’ll discover that the term originated in Hawaii. ‘Kine’ means ‘excellent’ in the Hawaiian language. If you haven’t heard of it before, don’t feel bad; there are only around 24,000 speakers of the Polynesian language!

‘Kine’ weed typically refers to sinsemilla (also a high-quality weed known for its lack of seed bodies). However, it is also normal for people to describe above-average marijuana as ‘kine.’

Kine Bud for Everyone! 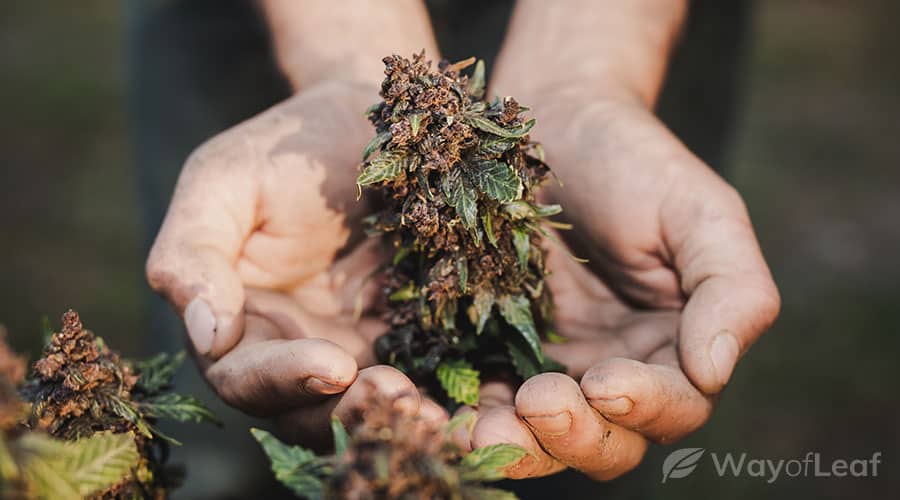 At this stage, it’s possible for home growers to cultivate top-shelf marijuana. If you follow these four quick tips, you could grow kine weed of your own:

Research the kind of strain you are looking for. Do you want high THC or high CBD? Are you seeking a relaxing strain or one that gives you an energy boost? All strains have their own attributes, so choose the one that fits your needs. You can’t go wrong with strains such as OG Kush, AK-47, and Northern Lights, for the record.

Regardless of genetics, you must expose your plants to plenty of the right kind of light if grown indoors. While you may not need 1000-Watt HPS bulbs to generate a monster yield, don’t expect miracles with a small CFL bulb! In most cases, more is better as long as you monitor your plants, don’t allow them too close to the light, and increase CO2 if possible.

Each strain has its own flowering time so find out before you start growing. There is a 2-3-week window where you must harvest your cannabis. Keep a close eye on trichomes and pistil color change.

Related article
What Is ‘Dank’ Marijuana? [Is It Good, Bad, or Average?]

If you get this part wrong, you could waste months of hard work. The classic drying method is to hang your trimmed buds upside down from hangers. The key is allowing moisture to drain away from the plants slowly. Don’t be afraid to spend ten days drying your crop. 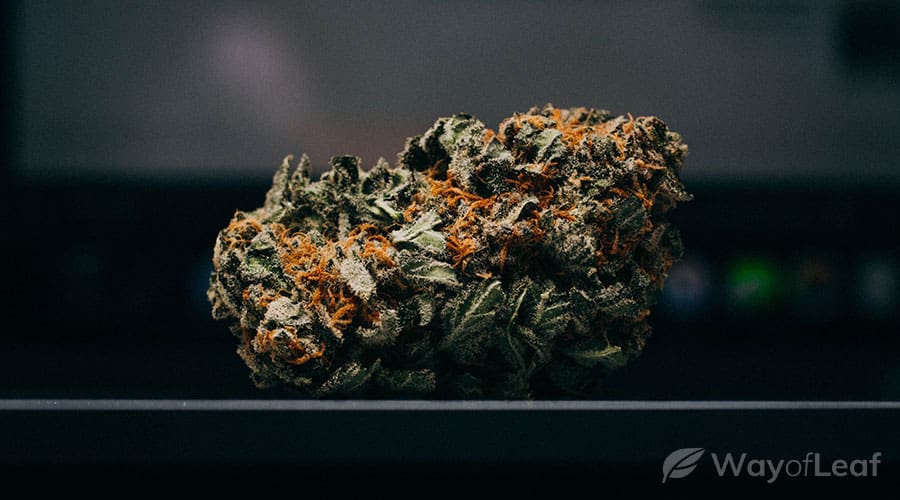 After drying, store your buds in airtight containers, preferably glass Mason jars. At this stage, it is up to you to decide when to use your marijuana. However, the longer you cure the buds, the better tasting and more potent the buds become. Make sure you periodically open your jars to prevent mold from forming.

Just a decade ago, finding kine bud was a difficult task. Today, there is a surplus in certain states. In Oregon, for example, where recreational cannabis is legal, prices of marijuana are falling like a stone. In May 2017, the average price of marijuana in the state was $2,500 per pound. Within five months, it had more than halved to $1,200. Finding a decent-quality ounce for under $100 is normal in certain locations!

DID YOU KNOW? Thousands of pounds of cannabis are going to waste due to overproduction in some states.

If you live in a state where marijuana is legal recreationally, consider helping your local dispensary by purchasing its kine weed instead of growing your own. It is always a joy to see the fruits of your hard labor. However, we fervently believe that too much good marijuana is going to waste due to overproduction.

What Is “Mids” Weed? [Explained for the Cannabis Rookie]

Confused by cannabis terminology? You're not alone!

11
6 min read
Join The Discussion
TOC
Premium
Your subscription has ended
If you love cannabis and want to support our site, join WayofLeaf Premium today and unlock
Best of all, part of your membership fee will go towards supporting the fight to legalize cannabis.
Sign Up for WoL Premium
Not now
I already have an account
×
Log in to Your Premium Account