For cannabis and hemp users across the United States, these plants’ laws are often confusing. We know that marijuana is federally illegal. However, MMJ is legal in a significant majority of states.

CBD isn’t legal federally, but industrial hemp with a maximum THC content of 0.3% by dry weight is. One would expect that CBD oil is easy and legal to purchase in medical marijuana states. Yet even this isn’t always the case as few states have dedicated CBD laws.

The guides we create at WayofLeaf are designed to help you understand the laws of each state. Today, we look at the legality of CBD oil in Alabama, investigate the state’s marijuana laws, and outline the best places to purchase cannabidiol in the Yellowhammer State.

Is CBD Oil Legal in Alabama?

CBD is broadly tolerated in Alabama, and it is one of the few states that has created specific rules revolving around the substance. In July 2019, Governor Kay Ivey signed SB 225 into law. It rescheduled and redefined CBD to align with federal rules. This legislation enabled pharmacies in Alabama to sell CBD products.

In 2019, inspired by its medical potential and public pressure, Alabama legalized CBD products.

Before the bill was signed, it was illegal for pharmacies to sell CBD products, although quick marts and gas stations sold them. This decision came hot on the heels of the 2018 Farm Bill, which legalized industrial hemp cultivation in the United States as long as it contains a maximum of 0.3% THC. 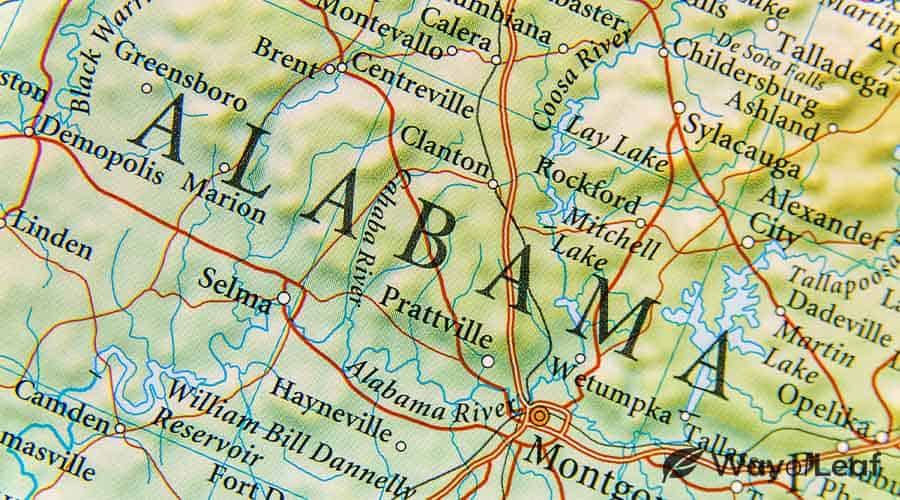 SB 225 came five years after the first piece of legislation that allowed limited usage of cannabidiol in Alabama.

Governor Robert Bentley signed the first bill that permitted CBD oil in Alabama in April 2014. Known as Carly’s Law, it allowed the University of Alabama to provide non-intoxicating CBD oil to children with debilitating seizures as part of a clinical study. The legislation enabled individuals or caregivers to use affirmative defense if caught in possession of CBD oil containing up to 3% THC.

The bill was named after Carly Chandler, a little girl from the Birmingham region who has a rare genetic disorder that causes a high frequency of daily seizures. Carly’s Law was renewed in 2019.

In May 2016, Governor Bentley signed Leni’s Law. It was named in honor of Leni Young, a young girl who used CBD and saw an enormous reduction in seizure frequency. However, the state still restricted access to cannabinoids at the time, and patients required a doctor’s recommendation to access CBD.

Related article
CBD Oil for Epilepsy: What Does the Research Say?

However, it did expand the affirmative defense permitted under Carly’s Law to include anyone with a debilitating disease or medical condition involving seizures. Leni’s Law also capped the legal THC content of CBD products for patients at 3%.

The above laws were small but significant steps towards CBD and hemp acceptance in Alabama.

In 2016, the state legislature passed the Alabama Industrial Hemp Research Program Act. It decreed that the Alabama Department of Agriculture and Industries (ADAI) had to create a licensing and inspection program for industrial hemp cultivation. The ADAI developed regulations by September 2018, which effectively permitted CBD products with a maximum of 0.3% THC by dry weight.

Within months, the 2018 Farm Bill formally legalized the growth of hemp with no more than 0.3% THC. Soon enough, the state’s Attorney General, Steve Marshall, made an important announcement. He affirmed that CBD products sold by licensed vendors with a maximum of 0.3% THC by dry weight were legal in Alabama.

SB 225 has all but ended the debate on CBD legality in Alabama. You are free to purchase products containing cannabidiol from pharmacies in the state if you’re aged 18+. However, there are plenty of other vendors offering high-quality CBD in Alabama, both online and offline.

How to Buy CBD Oil in Alabama?

There seem to be no limits on the amount of hemp-derived CBD oil you can buy as an adult in Alabama. It is possible to purchase CBD oil from dedicated stores, along with wellness and health food stores. Here are five such locations with excellent reputations. 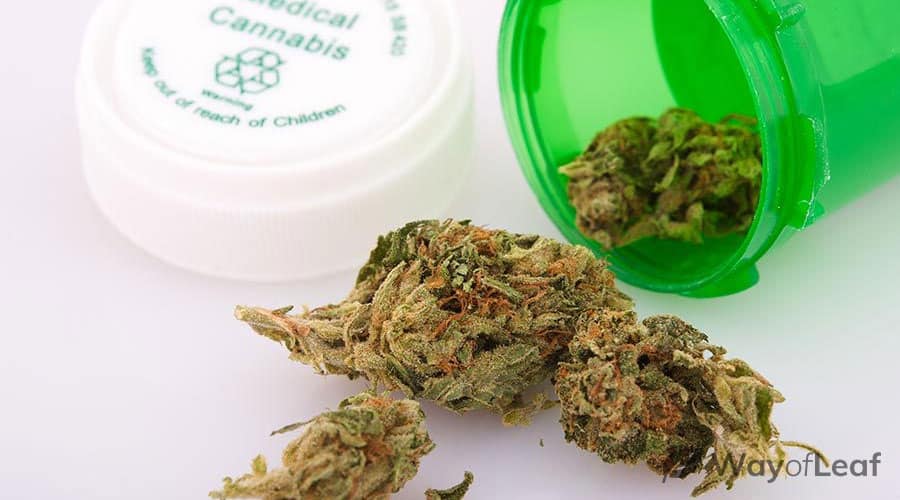 Where Can I Buy CBD Oil in Alabama Online?

If you want convenience, a greater range of CBD products, and potentially better value for money, you can shop online through a brand’s official website. Most CBD companies find that they have little difficulty sending CBD to Alabama. No matter what product you buy, make sure it includes third-party lab reports.

Here are five of the top-rated CBD brands in the United States that ship products to Alabama:

What Are the Marijuana Laws in Alabama?

Governor Kay Ivey signed Senate Bill 46 into law in May 2021. It permits the use of marijuana with a doctor’s recommendation for a select group of qualifying medical conditions. It is only possible to use MMJ if a physician certifies that traditional medications have failed to help your condition. The bill does not permit the sale or use of food products such as candies or cookies.

It is almost certain that Alabama MMJ patients can’t buy the substance before 2023. Therefore, the existing penalties for cannabis use in Alabama will apply until then.

At present, possessing any amount of marijuana in Alabama is a misdemeanor. You could receive up to one year in prison and a $6,000 fine for being caught with one gram! If you have weed for anything other than personal use, it is a Class C Felony. This means a mandatory minimum of one year and one day in prison with a fine of up to $15,000. The maximum sentence is ten years.

The sale of any amount is a felony with a mandatory minimum of two years, increasing to 20 years. The sale of cannabis by someone aged 18+ to a minor could result in 10 years to life in jail. Also, the cultivation of any amount is classified as Manufacture Second Degree and comes with a mandatory minimum prison term of two years, possibly rising to two decades!

Currently, there are penalties for cannabis use in Alabama. Sale is a felony, and cultivation can also warrant hefty prison sentences.

If you live in Brookside, please be warned that at present, law enforcement is enforcing marijuana laws more strictly than virtually anywhere else in the state. Police in the town regularly file charges for low-level possession.

In March 2021, an Alabama Senate Committee approved a bill to decriminalize cannabis possession. The proposal would ensure that the possession of up to two ounces is a simple violation. The offense would result in a fine of up to $250.

The bill also provides that an individual convicted of possession could ask the courts to expunge their conviction. The court can grant it if the individual has no other violations, misdemeanors, or felonies in the previous five years.

The state of Alabama has yet to decriminalize marijuana officially. However, it recently passed a medical marijuana bill into law. Eligible patients will have the chance to apply for an MMJ card in late 2022 but must wait until 2023 to purchase weed legally. Until then, the current laws and penalties remain in place.

If you’re caught in possession of a tiny amount of marijuana, you could go to prison. However, it seems likely that the state will introduce decriminalization sooner rather than later.

As for CBD oil, it is now legal to purchase in Alabama if it comes from hemp and contains a maximum of 0.3% THC. Alabama residents have a wide variety of options, as there don’t seem to be many CBD product restrictions.

Related article
Is It Legal to Mail CBD Oil? [Here’s What the Laws Say]

We look at the law …