Written by Editorial Team
5 min read
0 comments
Read Later
This article may contain links to some of our affiliate partners. These are brands we trust and brands we feel represent the highest quality standards. When clicking links, we may earn commissions to help support our site. Learn more by reading our full disclaimer.

CBD, for all its popularity, can be a complicated matter. This compound has caused quite a stir. It burst onto the scene a few years ago, with consumers eager to give it a try. Now, it is an industry worth billions of dollars.

Despite all this, it remains controversial. As a cannabinoid, CBD is generally harvested from hemp rather than marijuana. However, years of vilification and criminalization have made the distinction between the two plants less than clear.

Federal and state laws are at a disconnect regarding marijuana and CBD. The situation is also changing all the time, leaving CBD users in a perplexing situation.

South Carolina residents may wish to know where CBD stands legally, especially given the numerous CBD stores dotted throughout the state.

This guide breaks down the current situation with CBD oil in South Carolina and briefly looks into the state’s marijuana laws.

The situation with CBD remains, unfortunately, complicated. Most citizens don’t quite know the rules, although it does seem as if CBD is permitted in the state now that hemp is no longer on the list of controlled substances. It appears as if South Carolina has followed the rules of the 2018 Farm Bill, with farmers now allowed to grow the substance legally.

In 2014, Republican Governor Nikki Haley signed Senate Bill 1035 into law. It is also known as Julian’s Law, and it passed following a unanimous vote in the Senate and a 92-5 House vote. 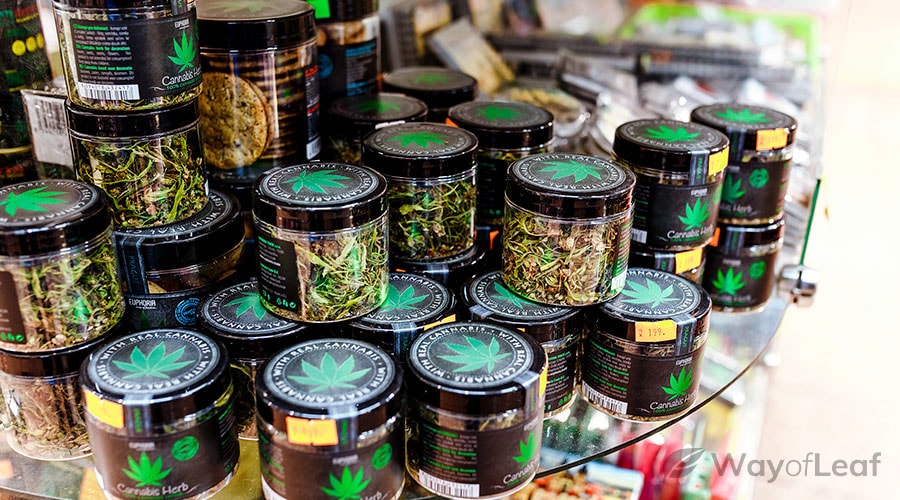 It is a state law that allows children with severe, untreatable epilepsy to use CBD oil (with a maximum of 0.9% THC and a minimum of 15% CBD). That is, as long as a licensed physician certifies that the patient is eligible.

Currently, only one CBD-based drug is approved by the FDA: Epidiolex. This drug treats epilepsy patients under particular circumstances, and federal law prevents doctors from prescribing any other forms of cannabidiol.

The existence of Julian’s Law implies that one may only use CBD oil if a physician has provided a certification. However, this fact is complicated by the 2018 Farm Bill.

Every five years or so, the federal government updates its agriculture and farming laws in the Farm Bill. The most recent change came in 2018, during which the Hemp Farming Act was established. The federal government defined hemp as any cannabis plant containing less than 0.3% THC by dry weight. Effectively, this decriminalized hemp and its non-intoxicating by-products – such as CBD.

The state passed an Industrial Hemp Bill in May 2017, over 18 months before the 2018 Farm Bill. However, it was the South Carolina Hemp Farming Act of March 2019 that helped the industry grow. This legislation removed limits on allowable hemp cultivation land.

Now that the South Carolina Hemp Farming Act allows hemp growing, it seems as if CBD products are permitted in the state.

Now that the South Carolina Hemp Farming Act allows hemp growing, it seems as if CBD products derived from hemp with a maximum of 0.3% THC are permitted in the state.

However, SC recognizes CBD as an active ingredient in an FDA-approved drug (Epidiolex). Therefore, it bans the sale and manufacture of food products containing CBD alone. Adding the cannabinoid in any food or beverage violates section 301 (II) of the Food, Drug, and Cosmetic Act.

However, it is legal to use hemp and specific derivatives, like full-spectrum hemp oil, as ingredients or food additives. Ultimately, the South Carolina Department of Agriculture does NOT approve CBD isolate as a hemp food ingredient.

What Are the Marijuana Laws in South Carolina?

At present, SC residents have no option but to purchase CBD oil because marijuana remains completely illegal. Code 44-53-110 effectively bans cannabis and its derivations, such as cannabinoids. Therefore, cannabis oils and similar products are prohibited in the state. Possession and use of such items can warrant both fines and imprisonment. 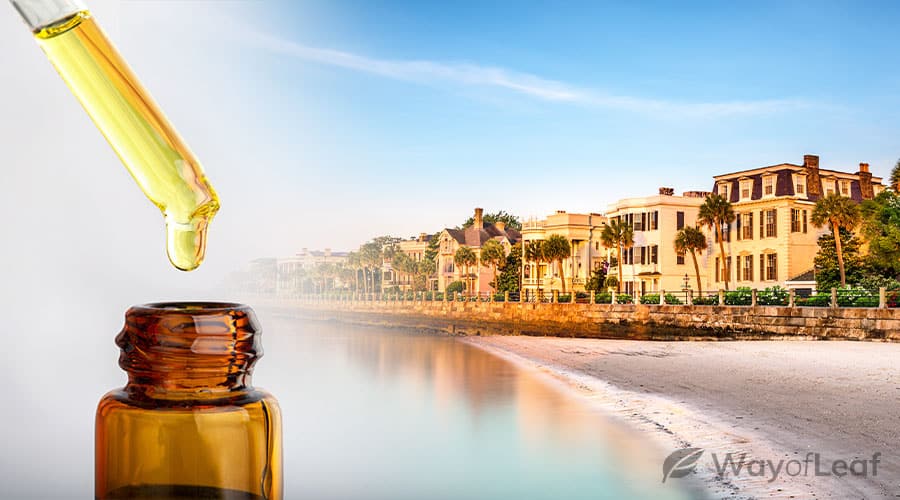 Some would claim that “Julian’s Law” is a medical marijuana law, but it’s a little more complicated than that. This law does not permit ‘medical marijuana’ in its raw and natural form. Instead, it allows qualifying patients to use oils with a maximum of 0.9% THC.

In 2019, lawmakers briefly considered passing the Compassionate Care Act, which would have allowed qualifying patients to possess up to 2 ounces of marijuana. However, it did not pass.

Supporters of MMJ in South Carolina keep fighting, and there is another bill to legalize medical marijuana in the state on the table. The latest version of the South Carolina Compassionate Care Act must pass the Senate first. The House Speaker, Jay Lucas, has promised to let the bill go through the House Process if it gets that far.

The bill will permit MMJ patients to buy and possess up to two ounces of marijuana every two weeks if passed. It will also involve approving 15 licenses for vertically integrated cannabis businesses, and the state can have up to 100 licensed MMJ dispensaries.

Although a recent poll found that SC residents favored medical marijuana legalization by a ratio of five to one, the latest attempt to legalize weed in South Carolina faces an uphill task.

South Carolina has not decriminalized marijuana, so the possession of any amount is a misdemeanor with a potential 30-day jail term. A second offense could result in a year spent behind bars. The possession of over 10 grams of hash or concentrates carries a maximum prison term of five years!

The sale or cultivation of any amount of marijuana is a felony with a possible five years imprisonment as the punishment.

Where to Buy CBD Oil in South Carolina?

As the penalties are severe, you must be very careful when checking out CBD stores in South Carolina. Please ensure that you only buy from sellers that produce a third-party lab report with their products. Remember, if your CBD oil contains more than 0.3% THC, it is classified as a marijuana product.

We’ve taken the liberty of providing a list of physical stores that sell CBD products in South Carolina, as well as several online stores with excellent reputations.

The South Carolina example shows that CBD legislation is not always clear-cut. Laws are changing all the time, too, and it can be tough to keep up.

At the time of writing, it appears that hemp-derived CBD products with a maximum THC content of 0.3% are permitted. After all, numerous CBD stores and businesses operate throughout the state without repercussions. However, please note that South Carolina doesn’t allow the sale and manufacture of food products containing CBD isolate.

All products must contain a low level of THC. Otherwise, they are classed as marijuana – both federally and within the state.

With all the revenue that CBD brings, it’s unlikely that hemp or CBD will be explicitly banned any time soon. However, marijuana remains firmly illegal in this state. As a result, all products must contain a low level of THC. Otherwise, they are classed as marijuana – both federally and within the state.

Only children with severe epilepsy can use products with slightly more THC. Even then, Julian’s Law only allows a maximum of 0.9% THC.