Written by Editorial Team
4 min read
0 comments
Read Later
All information on this website is for general informational purposes only and is not intended or implied to be a substitute for professional medical advice, diagnosis or treatment.
Maple Leaf Indica Overview
Maple Leaf Indica is a useful strain for a relaxed, romantic day at home with your partner. Its effects potentially include a calming high that does not leave you feeling completely sedated. 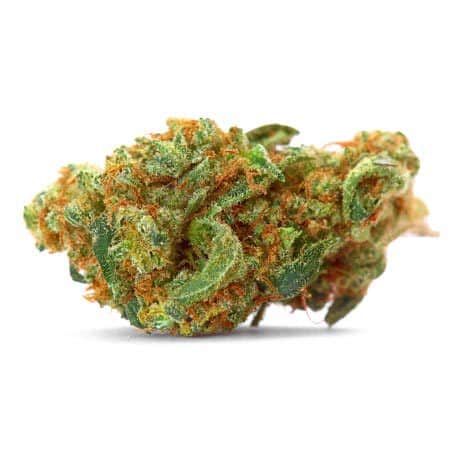 What Is the Maple Leaf Indica Strain?

It is likely one of the few surviving strains behind the original hashish found in the Afghani city of Mazar-i-Sharif. Sensi Seeds produced Maple Leaf Indica, but only released the seeds to the public relatively recently. It is a strain with real history, having survived through turbulent times during the Soviet Union invasion of Afghanistan in the 1980s. Maple Leaf Indica could provide an intense cerebral rush of relaxation. Some describe the sensation as an acute, serene sense of calm that seems to last for hours. Users sometimes claim that this strain helps boost their creativity. Ultimately, this feeling is followed by one of laziness. At that stage, you are happy to sit down and relax. After a while, you begin the journey towards sleep and are perfectly content to proceed.

One of the most famous effects of this strain is its ability to induce feelings of intimacy. Commonly considered an aphrodisiac, this is a strain that could help rekindle the passion in your relationship.

The first thing you will notice is a big hit of intense sweetness. As the name suggests, there is a hit of maple syrup, but also a touch of spiciness indicative of sweeter indica strains.

While the aroma of Maple Leaf Indica is simplistic and hard to pin down, the taste is not. Whereas the aroma is nondescript in its sweetness, the taste is something entirely different. At this stage, the strain’s name makes sense, because you almost immediately taste a maple flavor. That said, it is a watered-down taste, so the overall taste is relatively mild.

You may also get a touch of spiciness that carries on from the aroma. Users often suggest that they get hints of nutmeg and cinnamon when smoking Maple Leaf Indica.

It is a singularly attractive bud, loaded with sticky resins. The fat and chunky Maple Leaf Indica buds are a sight to behold. They are weighty in your hand, with a decent number of pistils.

Maple Leaf Indica plants are suitable for novice growers looking for a rewarding plant with few challenges. These days, you can find seeds online, although clippings make for a slightly simpler experience.

Maple Leaf Indica seeds flower quickly. On average, this strain flowers in 7-8 weeks, depending on temperatures and the plant’s overall health. Despite the relatively rapid growing time, this plant’s yield is classified as medium to high.

Keeping Maple Leaf Indica plants indoors is often better for those who live in temperamental climates.

Maple Leaf Indica cannabis has an average THC content of 15-18%. However, some versions have produced a reading of up to 21%.

People often use Maple Leaf Indica to help with the symptoms of depression. One of the reasons for this is the strain’s apparent calming effects that leave you feeling peaceful and relaxed. Maple Leaf Indica could also help manage anxiety and stress.

The sedative effects that you feel when enjoying Maple Leaf Indica make it potentially useful for those with sleep disorders and insomnia. Other possible uses include as a means of helping with joint pain, headaches, and inflammation.

Possible Side Effects of the Maple Leaf Indica Strain

Maple Leaf Indica has relatively few adverse side effects, helping to make it a popular natural alternative to certain medications.

The most common side effect when smoking Maple Leaf Indica is dry mouth. In this case, your mouth will feel dehydrated and slightly uncomfortable. You can overcome dry mouth by drinking plenty of water and ensuring that you stay hydrated.

Maple Leaf Indica can also cause people to experience dry eyes, which can give them a brief reddish appearance. Also, your eyes might feel irritated and more sensitive to light. Fortunately, most users said that this effect tends to last no more than a few hours.

Although Maple Leaf Indica could help with general aches and pains, it might trigger headaches, especially if used in large amounts.

Maple Leaf Indica is a potentially versatile strain. It could help alleviate mild aches and pains, or act as an aphrodisiac!

Maple Leaf Indica is probably best used during the evening because of its propensity to cause body sedation and tiredness.