Written by Editorial Team
5 min read
0 comments
Read Later
Killer New Haven Strain Overview
The Killer New Haven strain is a Kentucky creation that is shrouded in mystery. What little is known is that Killer New Haven is an indica-dominant hybrid with potent effects. Killer New Haven seeds are hard to come by, so growers will need to source clippings from a mature female plant. 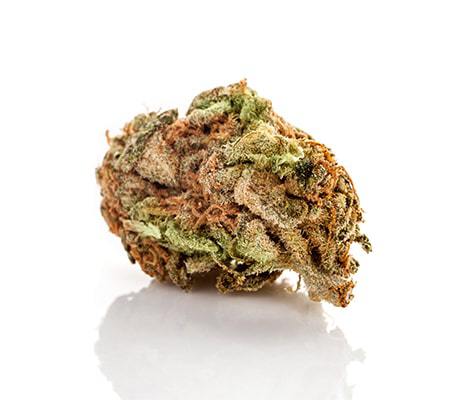 Killer New Haven is a mysterious strain that very little is known about. As we can infer from the New Haven part of this strain’s name, it originated in Kentucky.

Due to its rarity, it has achieved something approaching mythical status among cannabis connoisseurs. It is on many smokers’ bucket list of strains to try, even if it is just for bragging rights.

The origins of the strain are Kentucky’s best-kept secret since the Colonel’s blend of herbs and spices.

Killer New Haven’s lineage is unknown, and, with the original breeder remaining anonymous, it is unlikely that we will find out anytime soon. All of this has added to the mystery surrounding Killer New Haven.

You may have heard of this elusive strain and be curious to find out more. Well, you have come to the right place. Over the course of this article, we will shed as much light on Killer New Haven weed as we can.

What Is the Killer New Haven Strain?

Little is known about the Killer New Haven strain as it is tough to come by. Most have only heard of this hybrid due to its parentage of the popular Herijuana marijuana strain.

As Herijuana has grown in popularity, so has the mystique surrounding Killer New Haven. Being practically impossible to track down has just made Killer New Haven weed more appealing. After all, you always want something you can’t have; and for many, it has taken on Holy Grail status. 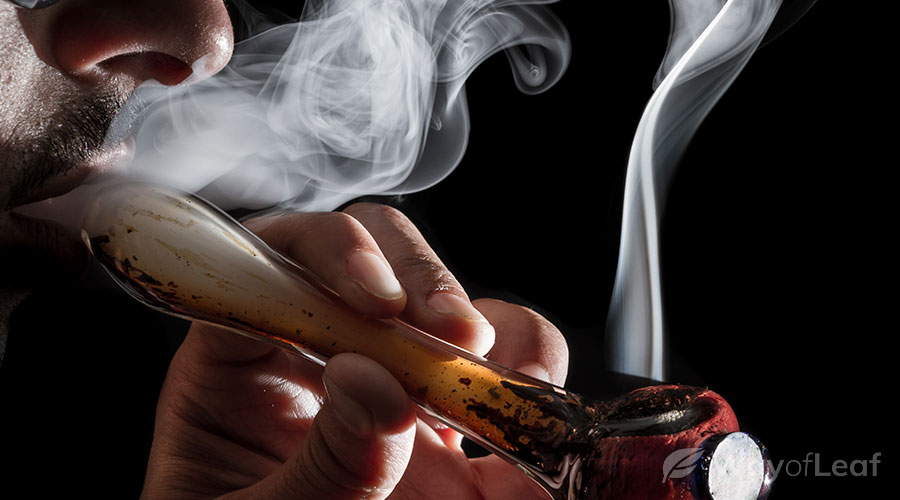 What we do know is that it is a heavily indica-dominant hybrid strain. We know it initially originated in Kentucky as an outdoor breed. The original breeder remains a mystery, and seeds are incredibly hard to track down. Those looking to grow Killer New Haven will have to rely on cloning an existing plant.

As time passes, the high gradually begins to dissipate, and this hybrid’s indica effects come more to the fore. Reviewers say that a pleasant feeling of relaxation gradually intensifies to the point that they become drowsy. In this deeply relaxed state, they say sleep becomes harder and harder to resist.

Some say that the Killer New Haven strain has an earthy and citrusy aroma. Others say that it has skunky undertones with subtle piney notes.

Despite both calling Kentucky home, Killer New Haven’s taste is far removed from a bucket of greasy KFC. Don’t think it is any less tasty, though. Killer New Haven consumers say that the flavor is just as pleasurable, albeit in a much more earthy way.

Reportedly, Killer New Haven’s citrusy notes translate to its initial taste, too. It is also said to have a slight peppery flavor. Upon exhaling, the citrus and pepper reportedly give way to a lovely, lingering piney aftertaste.

Killer New Haven strain has elongated colas with a coating of frosty trichomes. The nugs have a classic green color flecked with rusty orange pistil hairs.

Killer New Haven strain seeds are rarer than gold dust. They are near impossible to track down online.

It may be possible to purchase the seeds from a handful of dispensaries in Kentucky. If you find someone selling Killer New Haven seeds, ensure you are purchasing from a reputable supplier.

Your best bet is to try and obtain clippings from a healthy Killer New Haven plant. Using this, you can develop a genetic “clone.” All we can recommend is to try looking in Kentucky. Once you have one clone growing, it would be wise to keep creating clippings to keep your supply up. You may not come across another easily.

Indoors, you can expect a nine to ten-week wait for these plants to flower. If you are growing outdoors, Killer New Haven will flower around the middle of October. Indoor and outdoor grows reportedly yield between 8-16 ounces.

With Killer New Haven cannabis being so rare, no official laboratory tests have been conducted to determine the exact THC content. As such, we cannot give you an exact percentage for THC levels to expect. With no laboratory test results to let us know the precise THC content, we can only look at the strain’s effects and make an educated guess.

Research has shown that whether a strain is sativa or indica is not a reliable predictor of the THC/CBD content. However, based on anecdotal reports and the THC percentage of its offspring, the Herijuana strain, it is probable that Killer New Haven contains approximately 25% THC.

Again, no official laboratory tests have been conducted to determine the exact percentage of CBD within the strain. As the Killer New Haven strain very likely has a THC content in the mid-twenties, it is unlikely to contain a high percentage of CBD. Typically, high THC strains contain 1% CBD, or less.

The intense euphoria that the Killer New Haven strain produces may offer short-term relief to people with mood disorders. This strain’s relaxing effects may be useful for de-stressing and unwinding purposes.

Some Killer New Haven reviewers say that this strain can temporarily alleviate a whole host of painful conditions. Some of these include arthritis, chronic pain, and migraines.

Given this strain’s purported soporific effects, it may be useful for people with insomnia.

Possible Side Effects of the Killer New Haven Strain

The most common side effects associated with the Killer New Haven strain are cottonmouth and dry eyes. However, as this strain is likely to have a high THC content, other adverse reactions are possible. High-THC strains can cause heightened paranoia and anxiety.

To be on the safe side, novice cannabis consumers should leave this strain to more experienced users.

Finding information about Killer New Haven strain is as hard as finding some of the bud itself. With it being such a mystery strain, not much is known about it.

Hopefully, this review has illuminated a little of the darkness surrounding this strain.

Killer New Haven has been crossed to produce some other marijuana strains. These include the well-known Herijuana strain (also known as Herojuana) and two different Killer New Haven phenotypes and Freezeland hybrids. You may have more success in finding these types. Of course, these strains won’t give you the same effects as Killer New Haven itself, but they may provide a sense of what you’re missing.

Are you one of the lucky ones who has tried Killer New Haven? Maybe you are the legendary breeder who created it! Let us know in the comments below.

4
6 min read
Join the discussion
TOC
Premium
Your subscription has ended
If you love cannabis and want to support our site, join WayofLeaf Premium today and unlock
Best of all, part of your membership fee will go towards supporting the fight to legalize cannabis.
Sign Up for WoL Premium
Not now
I already have an account
×
Log in to Your Premium Account