Written by Editorial Team
4 min read
0 comments
Read Later
All information on this website is for general informational purposes only and is not intended or implied to be a substitute for professional medical advice, diagnosis or treatment.
Airborne G13 Strain Overview
This strain is shrouded in conspiracy. However, it is potentially useful for those seeking a strong and reliable high. It has some citrus notes along with sage for a tasty smoke break. Best of all, it won't leave you locked on the couch. 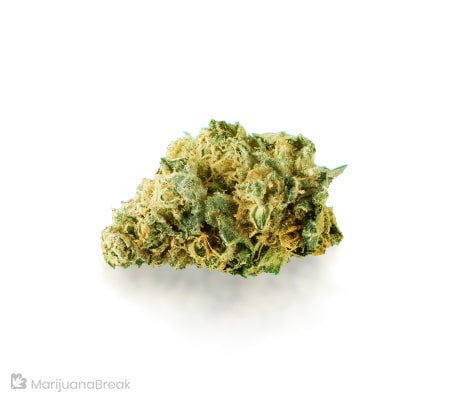 If you’re interested in conspiracy theories, the backstory to the Airborne G13 strain might interest you. The tale suggests that G13 is a type of ‘super’ weed created by the American Government for research. The G13 strain itself enjoyed a renaissance of sorts. It appeared in American Beauty as Lester purchases it from his neighbor’s son.

The existence of an ultra-potent bud created by the government would come as a massive surprise. Mainly, the stuff used in the official testing facility at the University of Mississippi is best described as schwag. In any case, at least Airborne G13 is of a higher standard.

What Is the Airborne G13 Strain?

Reeferman Seeds created the Airborne G13 strain weed. It is likely an indica-dominant hybrid. It is probably a cross of Northern Lights #2 and G-13. As mysterious as the origins of G-13 are, it is even harder to find detailed information on Airborne G-13.

If you need a relaxing high, though, look no further than this marijuana strain! Some users have suggested that Airborne G-13 causes couch lock.

It is hard to pin down the precise genetic makeup of this strain.

Some users claim it is more indica than sativa, while others claim the opposite. The fact that Airborne G13 affects both body and mind does help classify the strain.

It offers a cerebral high initially, followed by a body buzz that shouldn’t cause you to become immobile. Indeed, novices may find the head high too intense for their liking.

Eventually, the body high becomes prominent and helps you feel relaxed. By then, you are ready to eliminate the stressors that have caused you problems today. The strong physical high at the end indicates that Airborne G13 is more indica than sativa.

The Airborne G13 strain is known for its strong citrus aroma. However, you can also get subtle hints of sage if you focus on the delightful scent of this herb.

If you enjoyed the refreshing smell, you would love the flavor because this strain’s taste is similar to its aroma. The lemon flavor comes to the fore, but you get the merest hint of sage once again.

This strain has tightly packed nugs coated in trichomes.

The main benefit of purchasing Airborne G13 strain seeds is that they are only available in feminized form. As a result, you don’t have to worry about a rogue male plant growing and potentially pollinating your entire crop. It is a versatile plant that can thrive indoors or outdoors. Its indoor flowering time is approximately nine weeks. 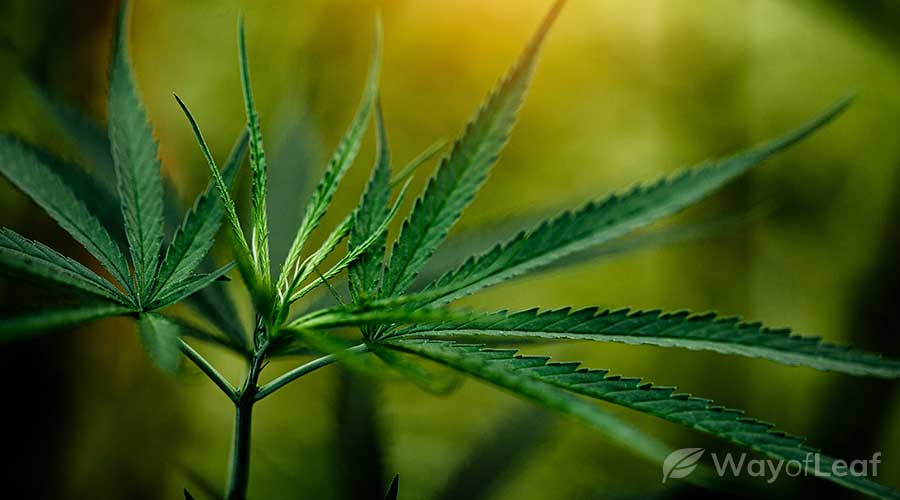 As far as the growing climate is concerned, play it safe, and keep the daytime temperature between 70- and 80-degrees Fahrenheit. It is a plant that enjoys a reasonable amount of nutrients. Most experts agree that marijuana plants need a total of 18 nutrients to thrive.

If it sounds like a lot, don’t panic! There are plenty of products on the market that can cater to even the fussiest marijuana plants. For the record, the 18 nutrients consist of macronutrients and micronutrients. The fabled triumvirate of nitrogen, phosphorus, and potassium (NPK) are the three most important macronutrients. However, don’t forget calcium, magnesium, and sulfur.

If you grow Airborne G13 indoors, consider a hydroponic setup to see if you can grow enormous buds. In this case, make sure you regularly prune to provide plenty of space between the branches. This practice allows the buds vital room to get bigger. Also, the increased airflow makes sure no part of the plant is exposed to excess humidity.

The pH of the growing medium is another crucial aspect of a successful grow. If you cultivate in soil, keep the pH in the 6.3 to 6.8 range. In a hydroponics setup, the pH can fall as low as 5.5 without causing harmful effects to your crop.

Keep a close eye on the pH of your growing medium when you add nutrients. A pH meter is a great investment and is inexpensive compared to the other equipment you have.

Airborne G13 cannabis is not for lightweights as its THC content can range from 18% to 28%!

There is little in the way of CBD to reduce the intoxicating high. In general, you won’t find much more than 0.05% CBD in Airborne G13.

Although the cerebral high attracts recreational users, Airborne G13 is a much-loved medicinal marijuana strain. After the euphoric effects have lifted your mood, the body high helps to ease muscle spasms and the effects of chronic pain. Other users smoke this strain to combat stress, anxiety, and depression.

Patients with nausea, seizures, and eating disorders also use Airborne G13. It is a strain that doesn’t completely couch-lock you. It also allows you to relax by easing the debilitating pain you feel while still keeping you alert enough to be creative.

Possible Side Effects of the Airborne G13 Strain

There are always a handful of side effects associated with any potent marijuana strain. As far as Airborne G13 is concerned, dry mouth and dry eyes could prove problematic. The intensity of the high is also likely too severe for novice users. Although it makes your body feel relaxed, it is a good strain for daytime use.

Reeferman Seeds has created a masterpiece in the form of Airborne G13. It is potent enough for recreational users but has become a popular option for medical marijuana patients.

It is perhaps not a shock that this strain is a superstar since it came from two legendary strains.

However, there is no guarantee that combining great strains gets you another epic plant. In Airborne G13’s case, it did.