The 2018 Farm Bill legalized the growth of industrial hemp in the United States. However, it depends on individual states submitting details of a hemp program to the government. Nonetheless, the law ended the 81-year prohibition of hemp.

What’s absurd is that early colonists in America were legally required to grow the crop! In 1619, Jamestown colony law decreed that all settlers had to cultivate Indian hemp. This legislation remained in place for centuries. Between 1763 and 1769, refusing to grow hemp in Virginia meant you could go to jail! It was only in the 20th century that the crop became outlawed. Even then, the nation grew it during World War II.

Were they doing this to get high? No. (Maybe some of them were.)

Instead, they were cultivating hemp for the boundless nutritional components of the seed. They also knew about its use for the construction/textile components of the stalk and stem. During that era, people used hemp fibers to make rope, paper, clothes, etc.

Here is a quote attributed to Thomas Jefferson: “Hemp is of first necessity to the wealth and protection of the country.”

Unlike hemp, cannabis remains federally illegal. Even so, many Americans are finding a way to incorporate marijuana seeds into their diet. They are doing so for the same reasons those colonists did in the 17th century.

In this article, we go over five key health benefits of marijuana seeds. We also outline why you should establish them as a staple part of your daily nutritional intake.

First Things First: A Brief Background on Marijuana Seeds and Their Uses

When we say “marijuana seeds,” we mean cannabis seeds in general. In terms of essential nutritional benefits, there is no discernible difference between a hemp seed and a cannabis seed. The seeds of marijuana do not contain cannabinoids; you find those in the flower, stems, stalks, and leaves.

There is a big difference in potential medicinal properties between the seeds of the cannabis/hemp plant, and the plant material.

Most of marijuana’s medicinal properties come from the presence of active cannabinoids and certain terpenes, flavonoids, etc. Since marijuana seeds don’t have cannabinoids, we don’t use them for medicinal/therapeutic purposes. 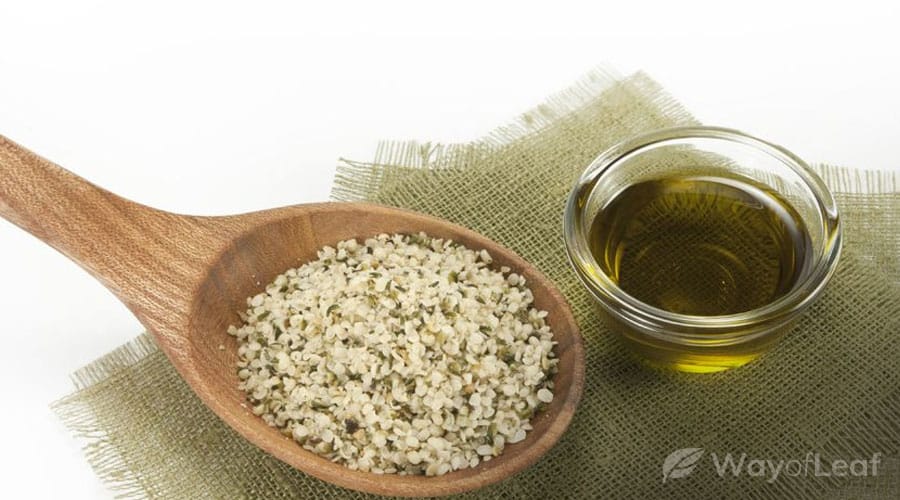 However, what they lack in “therapeutic cannabinoids,” they more than make up for in general health and nutritional benefits. Their omega acid and protein content, for example, is nearly second to none in terms of plant-derived foods.

You will find hemp seed products in grocery stores and health food outlets. However, marijuana seeds remain classified as a cannabis product. Therefore, their legality depends on where you live. We urge you not to buy them if you don’t live in a legal state. You are better off sticking with hemp seeds in that instance.

Anyway, let’s take a look at the top five reasons why you should eat marijuana seeds.

Can You Eat Marijuana Seeds? Yes, You Can… Here are the Top 5 Reasons Why You SHOULD!

Most nutritional experts claim that plant-based proteins are healthier and easier for the body to digest than animal-based proteins. A study by Budhathoki et al., published in JAMA in August 2019, compared animal and plant protein consumption.

The researchers looked at the health records of more than 130,000 people over thirty years. They found that individuals who did not consume animal protein had “substantially lower death rates than meat-eaters.” Also, for every 3% increase in plant protein-calorie intake, the risk of death was reduced by 10%.

Marijuana seeds are one of the best sources of natural, plant-based protein that you can find. This is why farmers all over the world used cannabis seed “mash” to nourish their livestock before it became illegal. It’s also why bodybuilding hemp seed protein powder is becoming more popular.

It is (probably) why world-class fighters like Ronda Rousey start their morning off with a dose of hemp hearts before hitting the gym.

Cannabis seed-based diets could help people gain or lose weight. Marijuana seeds are full of vitamins (particularly Vitamin E) and minerals (including potassium, magnesium, calcium, iron, and zinc). They also contain protein and can keep you fuller for longer.

On the flip side, they’re also good for helping to gain weight healthily due to these same nutritional characteristics. Whether you want a filling snack or a superb supplement to add or maintain lean muscle mass, cannabis seeds are worth a try. They have a pleasant ‘nutty’ flavor that can add zest to healthy snacks like salads and plain yogurt.

Can cannabis help to trim the …

Human beings do not naturally produce Omega fatty acids like Omega 3 and 6. Therefore, we have to consume them from outside sources. However, some say hemp seeds have the most abundant source of natural Omega acids in the entire plant kingdom. This means they have more than Chia seeds, walnuts, and flaxseed.

Omega-3 fatty acids help promote a healthy brain and heart. The omegas are also amino acids that are essential for protein production.

4) They Are REALLY Good for Your Heart

The presence of arginine in cannabis seeds causes blood vessels to relax and dilate. As a result, you benefit from reduced blood pressure and lower risk of a heart attack. Indeed, your risk of contracting other forms of cardiovascular disease also drops. Some reports claim that hemp seeds help the heart recover after a heart attack.

Finally, the gamma-linoleic acid that’s abundant in marijuana can reduce the production of specific proteins that result in inflammation. This is particularly the case with inflammation of the heart and surrounding cardiovascular tissue.

Their cardiovascular benefits could reduce the risk of Alzheimer’s disease, dementia, and other psychological conditions. In theory, then, cannabis seeds could promote mental health and well-being as much as they do physical.

By the way, marijuana seeds are one of the only plant-based food sources that contain every single amino acid required for human survival! Some nutritional gurus claim these seeds are the most “nutritionally complete food source in the world.”

How Can You Eat Marijuana Seeds?

It’s not that difficult! You can eat marijuana seeds raw, cooked, shelled, or unshelled. You don’t have to prepare or otherwise process them to reap the health and nutrition benefits.

However, they are a lot more enjoyable when you make a little ‘meal’ out of them, instead of consuming them raw.

One of our favorite ways to eat hemp seeds is to roast them. Then, we combine them with a crunchy, plant-based snack. For example, kale chips make for a fantastic combination.

A lot of people also like to make a non-psychoactive “ganja tea.” You can do this by roasting the hemp seeds first. Then, put them in boiling water along with some of your favorite spices. You can also increase the “nutritional potency” of the tea by including your cannabis stems and dried leaves in the infusion.

You can sprinkle shelled marijuana seeds on top of different kinds of foods to spice them up. Examples include oatmeal, quinoa, yogurt, hummus, salads, and smoothies. You could press the raw seeds for oil, or grind them into a fine powder for flour, protein supplement, or milk. You will need specialized equipment for this technique, however.

It’s important to distinguish between medicinal cannabis-based products (i.e., CBD oils), and marijuana seeds. The former contains cannabinoids and comes from the leaves, flowers, stems, and stalk of the plant. The latter is consumed purely for their nutritional/health benefits. You will not experience an intoxicating high with cannabis seeds. Please note that these seeds remain illegal in states without a medical or recreational marijuana law.

The next time you decide to toss away “useless” marijuana seeds from the weed you’re about to use, stop!

Put them aside and make a smoothie out of them. Alternatively, grind them and sprinkle over a salad. You could even pop them into your mouth like you’re eating some sunflower seeds. If you make a habit out of this, your body will thank you in the long run! 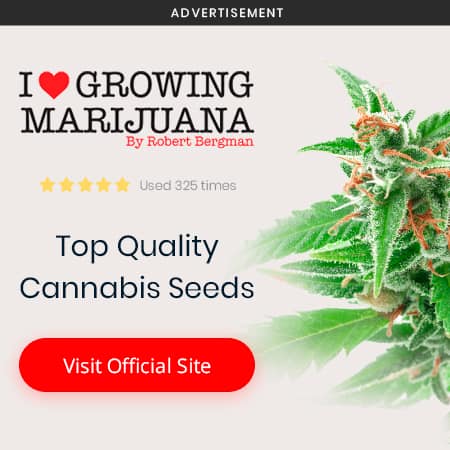 Are they any good?

How to Properly Store and Preserve Cannabis Seeds [Explained]

Sensi Seeds Review – Is It the Best Seed Bank in the Industry?

The perfect place for seeds

Feminized Cannabis Seeds: What Are They?

3
13 min read
Join the discussion
TOC
Premium
Your subscription has ended
If you love cannabis and want to support our site, join WayofLeaf Premium today and unlock
Best of all, part of your membership fee will go towards supporting the fight to legalize cannabis.
Sign Up for WoL Premium
Not now
I already have an account
×
Log in to Your Premium Account