When growing your favorite strain, it is heartbreaking to discover that your end product looks nothing like what you would find in a dispensary. Our guides offer steps and tips to help you get closer to the top shelf bud you crave. Today, we feature a growing guide for Blackberry Kush, an indica dominant hybrid that is a cross of Blackberry and Afghani.

It is a strain known for its fruity flavor along with the famed earthy kush taste. It is an extremely popular medicinal strain with a THC content of between 16% and 20%. Depending on how you cultivate Blackberry Kush, you may end up with a slightly different strain than one in a dispensary. However, if you follow this helpful guide, you should end up with a similar quality version.

Tip #1 – Blackberry Kush Strain Review: What to Expect When You Use It

It doesn’t take long for users to discover why Blackberry Kush is such a coveted marijuana strain. Its sweet aroma is exceptionally noticeable and lingers long in the air. Its mouthwatering smell and rich berry, earthy, and diesel flavor will leave you craving more.

Although its THC is in the medium range, it is a strain known for having potent effects. As well as being a great recreational strain, it is also very popular with medicinal cannabis consumers. Those who use Blackberry Kush medicinally say it helps reduce stress and anxiety, and its sedative qualities make it ideal for evening use.

Blackberry Kush’s growth difficulty is classified as moderate. This is primarily because of its susceptibility to fungus and spider mites. Mites, in particular, can pose a real threat, even in an indoor grow. Although spider mites are not that hard to see, they have an incredible ability to multiply.

Most infestations begin from the accidental transfer of a small number of mites from another plant. These pests have also developed significant pesticide resistance over the years. Growers can reduce the number of spider mites in a cannabis garden by misting the plants with a homemade solution. Increasing humidity also works, but if you overdo it, fungal diseases could become a new issue.

One natural method of eliminating spider mites is introducing predatory mites such as Phytoseiulus persimilis, Amblyseius fallacis, and Amblyseius californicus. They are capable of massively reducing an infestation by feeding on spider mites while leaving your crop untouched. However, these predators only survive in certain conditions. They are usually ineffective when the humidity is under 60%, and the temperature is over 86 degrees Fahrenheit. Alas, spider mites continue to thrive in those conditions.

The SOG method involves growing several small plants rather than a handful of larger ones. You can harvest sooner because your smaller plants don’t need to support as many bud sites as large plants. 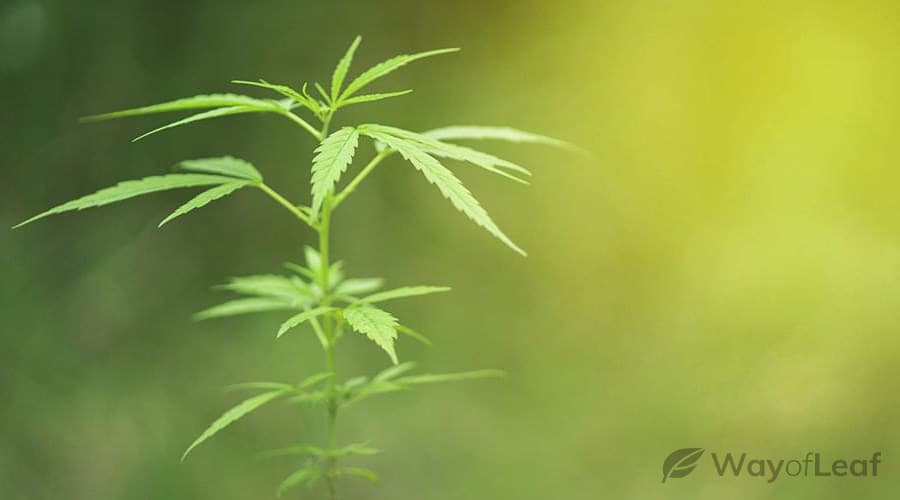 Growers using the SOG method generally switch to the flowering stage when their plants are between 4-6 weeks old. We recommend transitioning to the flowering stage after six weeks. An extra week in the vegetative stage can result in a significantly higher overall yield. You can also ‘top’ your seedlings by removing their tips when they have 4-6 pairs of leaves.

Make sure you have at least four plants. Begin as usual by growing your plants from seeds or clones. Allow them to grow and transport them into larger buckets when necessary. About two weeks later, use the Low-Stress Training (LST) method. LST involves gently bending the branches down so they sit flat rather than reaching upwards.

Next, transition the plants to the flowering stage by changing the light schedule to 12 hours on, 12 hours off.

Blackberry Kush is a moderate yielding plant. Generally, these plants produce 16 ounces per square meter indoors and up to 28 ounces per plant outdoors.

When growing any marijuana strain it is essential to know when is the right time to harvest. Blackberry Kush is no different from most strains insofar as there is a 2-3-week harvest window.

One of the best ways to increase yield is to allow the buds to ripen fully. It isn’t unusual for buds to gain an extra 25% in size in the last fortnight before harvest.

Magnesium deficiency can significantly reduce the growth of any marijuana strain, and this is especially true for Blackberry Kush.

One of the first signs of magnesium deficiency is slower growth at the bottom of plants. You may see yellowing leaves with a crunchy brown tip. It is a mobile deficiency, which means it spreads throughout the plant. Eventually, it reaches the shoots, which become purple as leaf chlorosis speeds up.

Your crop is particularly at risk if you use an inert growing medium such as coco coir. When growing hydroponically, if you allow the nutrient solution’s pH to go below 5.0, a magnesium deficiency is likely.

If you see this deficiency, begin by flushing your plants with 6.0 pH water. Next, prepare a feed with the right pH for the growing medium you have chosen.

Prevention is better than cure, so invest in a premium quality growing medium and nutrients specifically for marijuana plants. Some growers swear by Epsom Salts which is another name for magnesium sulfate. Add a tablespoon of Epsom Salts for every gallon of water, and apply as a foliar spray every two weeks.

Tip #6 – Should I Grow Blackberry Kush Indoors or Outdoors?

You can try to grow Blackberry Kush outdoors, but it will be a challenge. The plants need to be trimmed regularly, are sensitive to inclement weather conditions, and are prone to pest infestation. On the plus side, it provides a generous yield. Blackberry Kush grown outdoors is ready for harvest by the middle of October.

Ideally, you will choose to grow this strain indoors, where you have greater control over the growing conditions.

This is a strain much-loved by growers because it is ready for harvesting indoors relatively quickly. Blackberry Kush’s flowering time is between 7-8 weeks.

Growers need to keep a close watch on the plant during the vegetative stage. It is prone to pre-flowering, an action that slows down growth and overall yield.

Pre-flowering occurs when a marijuana plant in the vegetative stage starts producing clusters of pistils earlier than usual. This pistil formation should occur closer to harvest time. Pre-flowering is an issue seen with fast-finishing indica strains when they get stressed.

Once it reaches the flowering stage, Blackberry Kush doesn’t stretch that much. This makes it an excellent strain for the Sea of Green (SOG) growing method, as mentioned in tip #3.

Overall, the plant’s flowers have a medium leaf-to-calyx ratio. As a result, you should find it relatively easy to trim the buds when it is time to harvest. Make sure to keep all of the crystal-covered trim; it makes outstanding hash!

Tip #8 – What Is the Best Climate for Growing Blackberry Kush?

Blackberry Kush thrives in a mild to warm climate with a daytime temperature of 68- and 80-degrees Fahrenheit. If you try to grow it outdoors in cool temperatures, there is a real chance that the crop will fail.

Blackberry Kush also prefers low humidity. During the vegetative stage, keep the relative humidity (RH) at 55-60%. By the time the flowers are in the blooming stage, you should reduce the RH to 40%. You can drop it to as low as 30% by harvest time.

When RH is too high, the plants draw water from the soil at a slower rate than normal. This is because transpiration is slowed down by the lower than usual water gradient between your plants and the atmosphere. As a result, your Blackberry Kush plants will take in fewer nutrients which leads to a deficiency. The crop’s calcium intake is most likely to be affected by a high RH.

However, it is a balancing act. If you allow the RH to get too low, your plants will draw water from the soil too rapidly. They can’t draw water at a rate equal to what is lost via their stomatal openings. When this happens, a plant closes its stomata, which hinders photosynthesis. It protects the plant but leads to stress, slow growth, and reduced yield.

How to avoid having your marij…

You don't want to confuse the two!

The 15 Best Highest Yielding Strains for Your Cannabis Garden

The most generous strains around

How to Grow Bubba Kush Marijuana

The comprehensive guide to growing