Most cannabis growers classify weed according to its shape and structure. As a result, you usually hear people talking about indicas, sativas, hybrids, and occasionally ruderalis cannabis. However, there are further categories defined by flavors, scents, tastes, and the region where the marijuana originated.

In the modern era, Haze, Purple, and Kush are three of the most popular types. In this guide, we shine a spotlight on Kush. We answer questions such as, what is Kush marijuana? Where did it come from? And where did it get its name? Let’s take a look.

A Brief History of Kush Marijuana

Kush strains are among the most popular in the world. They routinely scoop awards such as the prestigious High Times Cannabis Cup. If you’re an experienced cannabis user, you’ve almost certainly sampled a Kush strain. Whether it is Purple Kush, Bubba Kush, Pure Kush, or the legendary OG Kush.

Kush strains have ruled the indica-dominant hybrid scene for a while. Their heritage is traceable to the mountainous Hindu Kush region located along the border of Afghanistan, Pakistan, and India. To be precise, Hindu Kush is north of Jammu and Kashmir. At the time of writing, this is an India-controlled region, though this is a situation that Pakistan bitterly disputes.

As well as giving birth to various marijuana strains, Hindu Kush is a volatile area synonymous with political turmoil.

Not that this has harmed the growth of cannabis. The Hindu Kush region is within the Himalayan mountain range. The fertile soil, deep valleys, and breath-taking hillsides are an ideal combination for marijuana growth.

Hindu Kush marijuana is a landrace strain. It is pure – meaning it has never crossed with any other strain and is grown in its natural environment. Genuine Kush cannabis enjoys glorious isolation. Thus, the cross-breeding of its genetics means you can be rewarded with stable and vigorous varieties.

Other world-renowned strains such as White Widow and AK-47 are Hindu Kush’s ‘grandchildren.’ At this stage, it is getting to the point where the Hindu Kush strain will have more descendants than Genghis Khan!

Kush Marijuana and the Hippie Trail

We owe a debt of gratitude to the legendary Hippie Trail for bringing Kush marijuana to Europe and the Americas. The Hippie Trail was a particular route taken by seekers of subculture during the 1960s and 70s. They went from Europe to Pakistan, India, and Nepal, and returned home with Hindu Kush seeds.

The King of Afghanistan at the time, Mohammed Zahir Shah, was very much a ‘cannabis-friendly’ monarch. However, in 1973, he was overthrown by his first cousin, Mohammed Daoud Khan. Khan proceeded to outlaw weed after succumbing to pressure from the American President, Richard Nixon. After his assassination in April 1978, the country has been in a bloody civil war ever since.

As a result, it became much harder to bring Hindu Kush seeds to America and Europe, but enough had already been transported to begin the ‘Kush Revolution.’

As indica strains, Kush marijuana varieties were significantly more versatile than the existing sativa strains. This versatility meant a complete change from the cannabis growing methods which existed at the time.

Hindu Kush seeds had a significantly shorter flowering time than their sativa rivals. Therefore, breeders were able to grow more marijuana than ever before. Furthermore, the durability of Kush made it possible to cultivate it in cold regions such as British Columbia or Alaska.

So, what can you expect if you’re about to try some Kush cannabis for the first time? Let’s take a look.

Kush cannabis is firmly indica, which means you can expect a sedative experience. Strains such as OG Kush (and anything crossed with this legendary strain), typically provide you with an intense euphoric feeling. You’ll likely feel happy; however, you may remain fixed to your couch!

Some medicinal consumers say that they find it helps to temporarily alleviate the symptoms of insomnia, depression, and anxiety. However, you should not consume it before the evening, because it relaxes the whole body and results in couchlock.

Kush marijuana is also associated with a smooth and rewarding smoking experience.

When growing a Kush strain, expect it to show dark green colas and leaves, with the merest hint of purple. When it gets close to harvest time, the pistils of Kush weed turn bronze, orange, or even rust-colored.

The dense, chunky buds grow on plants that are thick, small, and durable. As a result, novice growers can try their hand at cultivating Kush weed. Its durability and general hardiness mean that novices can get away with a few rookie mistakes.

Kush varieties are a popular choice for breeders looking to stabilize hybrid genetics. As a landrace strain, Hindu Kush’s genetics ensure its descendants are naturally resistant to colder climates and reduced water consumption. The relative shortness of Kush plants and their generous yields are a couple of reasons why growers love Kush genetics!

High Times has ranked OG Kush as its #1 strain of all time, and there is no higher praise. While its origins are a mystery, it is likely a cross between Chemdawg and the Hindu Kush strain. 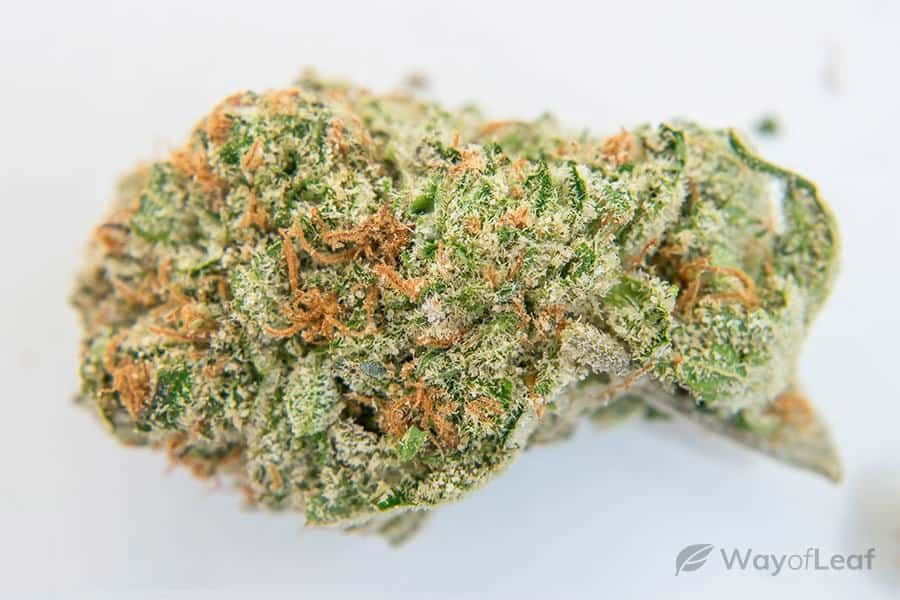 It is an indica-dominant (75%) strain, with a THC content of between 18.5% and 27%. OG Kush offers a sedative experience along with some euphoria, which makes it an outstanding night time strain. This strain has a complex terpene profile, and an unusual fragrance, which is a blend of skunk, fuel, and spice.

OG Kush has been crossed to create other famous strains, too, such as Bubba Kush, Girl Scout Cookies, and Headband. There are several different OG Kush phenotypes out there on the market. Some of these include Tahoe OG, San Fernando Valley OG, and Ghost OG.

This pure indica strain gets its name from the 500-mile-long mountain range that stretches from Afghanistan to northern Pakistan, and into Tajikistan. The Hindu Kush strain is renowned for its highly sedative and deeply calming effects. For this reason, it has become an extremely popular strain among medicinal cannabis consumers. 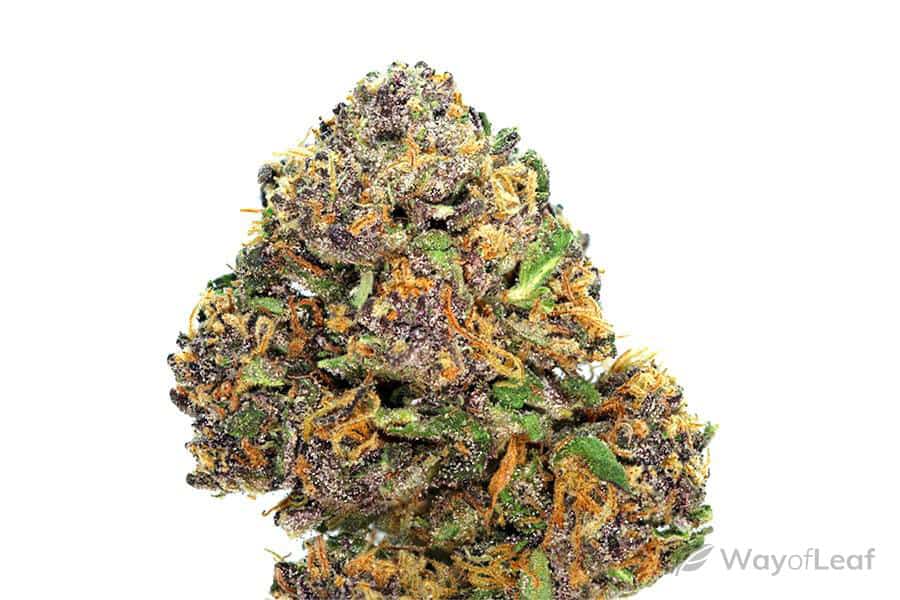 The Hindu Kush strain has a heavy coating of resinous trichomes and boasts a THC content of between 14-20%. It is a slow onset strain, but when its physical effects do kick in, consumers commonly become sluggish, and couchlocked. The nature of Hindu Kush’s effects makes this strain suitable for evening use only.

This is a heavily indica-dominant (85%) strain that contains between 18% to 30% THC! Unlike Hindu Kush, Skywalker OG is a rapid onset strain. Consumers will almost instantly feel like they’ve been transported to a distant galaxy, far, far, away. 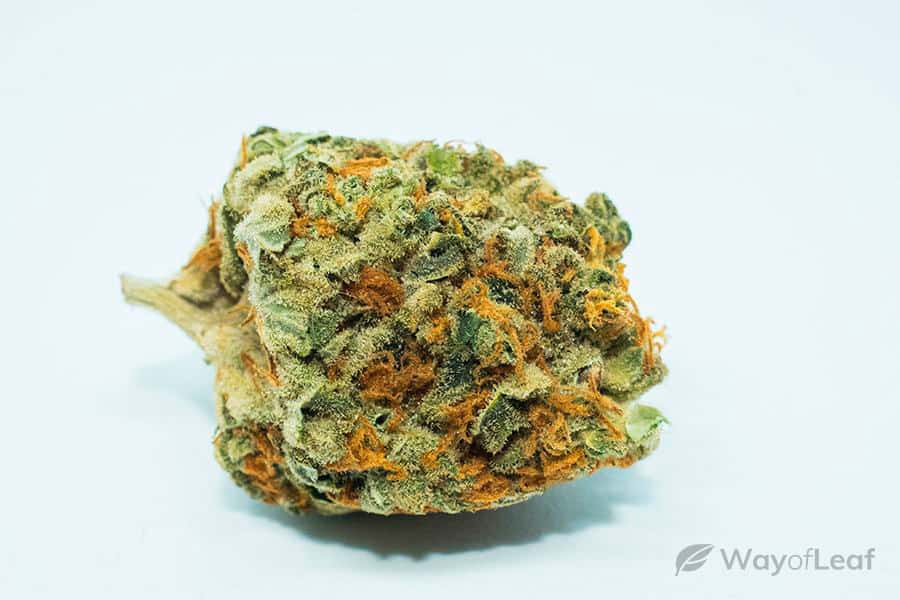 Skywalker OG is the polar opposite of a wake-and-bake strain. A deep body stone and heavy couchlock await those who consume this highly-sedating strain. Therefore, be sure to only consume this strain late in the evening when you want to sit back and relax. As Skywalker OG’s THC content can reach an astronomically high 30%, it is unsuitable for novices.

Bubba Kush has been around for more than 20 years and is hugely indica-dominant (80%). This strain is a cross of OG Kush and the Bubba strains. The Bubba strain is named after Matt “Bubba” Berger and is said to be a Northern Lights phenotype. 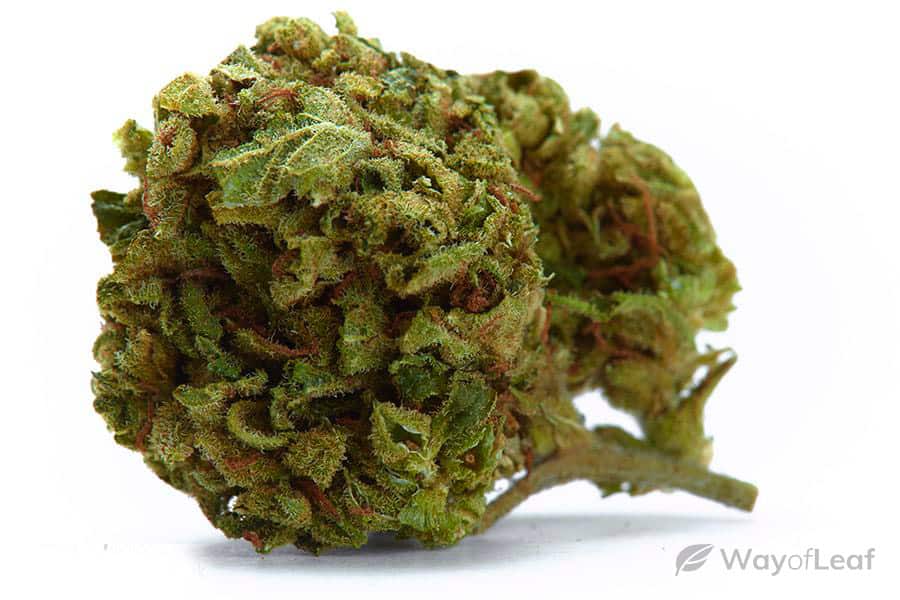 Bubba Kush’s THC content ranges between 15-22%, and it infamously has incredibly potent tranquilizing effects. Therefore, Bubba Kush is unsuitable for novice consumers. While this strain has powerful effects, consumers say that they remain functional and alert. Medicinal Bubba Kush consumers say that it can help combat stress and anxiety,

Due to the nature of its effects, it may offer temporary relief from painful conditions. Also, Bubba Kush has strong, soporific effects in its latter stages. This is why this strain is so popular among medicinal consumers with insomnia.

Master Kush was initially known as High Rise because of its origins in an apartment building in Amsterdam. Legendary Amsterdam-based breeders, the White Label Seed Company, are the creators of the Master Kush strain. 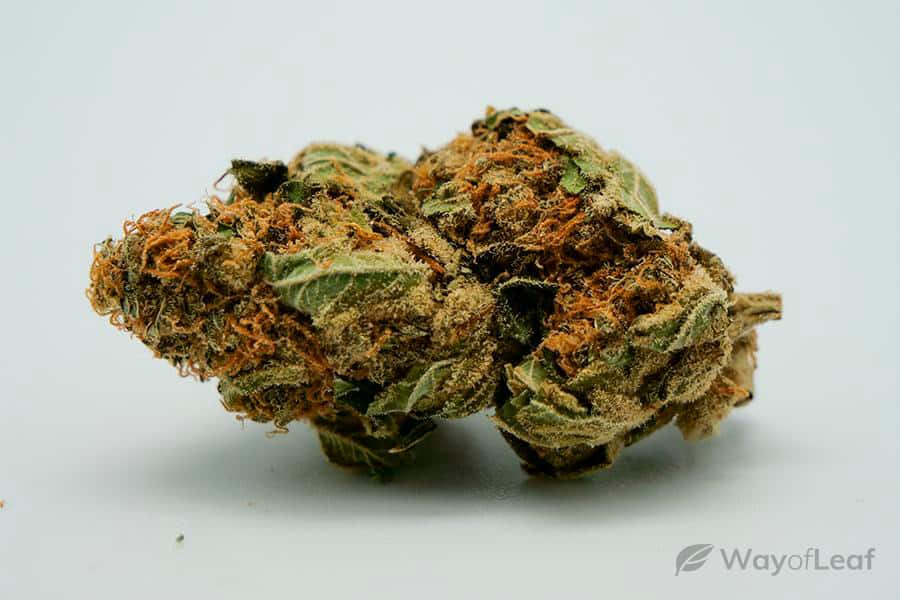 Although its origins are disputed, some believe that Master Kush is a cross of Skunk #1 and the Hindu Kush strain. Master Kush is heavily indica-dominant (80:20) and has a typical THC range of between 16-20%.

To begin with, Master Kush produces an uplifting high, which is euphoric, but not overwhelming. As time passes, Master Kush’s indica effects come more to the fore. Consumers say that they experience a body-numbing high, deep relaxation, and ultimately sleepiness.

Final Thoughts: What is Kush Marijuana?

We have to thank those who made the long journey on the Hippie Trail all those years ago. For it was them who introduced Hindu Kush seeds to Europe and the Americas. When you think about it, there was a very short timeframe for them to do so. Once chaos reigned in Afghanistan, it became exceedingly difficult to transport Hindu Kush seeds to America and Europe.

Kush strains retain a special place in marijuana folklore, and there are dozens of strains, if not hundreds, that owe their existence to the remarkable weed that grew in the Hindu Kush region.

As you can see from this article, Kush strains have very distinct characteristics and traits. They are also among the best on the market. The legendary OG Kush strain is widely considered to be the best of the best. High Times readers also seem to think so too, as they voted OG Kush the number one strain of all time.

Such is the popularity of Kush that GW Pharmaceuticals chose it when cultivating marijuana-derived medicine. Without a doubt, it’s some of the best weed around.

4
3 min read
Join the discussion
TOC
Premium
Your subscription has ended
If you love cannabis and want to support our site, join WayofLeaf Premium today and unlock
Best of all, part of your membership fee will go towards supporting the fight to legalize cannabis.
Sign Up for WoL Premium
Not now
I already have an account
×
Log in to Your Premium Account