In a documentary with many great moments, Pumping Iron had one involving marijuana and bodybuilding. We got to witness the legendary Arnold Schwarzenegger smoke a joint as he celebrates winning Mr. Olympia in 1975. If one of the greats was doing it, surely there is a strong link between bodybuilding and marijuana?

Eagle-eyed viewers also noticed that Arnold’s joint was expertly rolled. As it happens, marijuana and bodybuilding do go hand in hand and have done so for decades. In this article, we take a look at whether cannabis helps or hinders the process of bodybuilding. We also try to ascertain whether it is legal in an industry notorious for drug abuse.

There is no question that marijuana impacts bodybuilding. Cannabinoids such as THC and CBD affect the endocannabinoid system’s (ECS) CB1 and CB2 receptors. The ECS is a biological system that regulates sleep, pain, appetite, immune functions, and many other processes. Muscle and fat tissues utilize such receptors to varying degrees.

Undoubtedly, marijuana use and bodybuilding is something those looking to gain muscle should investigate. We offer a more in-depth look in the next section, but here is a quick overview of the relevant considerations:

It seems highly likely that being stoned while training is a bad idea! What about afterward when you’re kicking back and relaxing?

How Does Marijuana Affect Bodybuilding?

When looking at weed and bodybuilding, it is only fair to begin with cannabis’ impact on testosterone. This hormone is chiefly responsible for higher muscle mass. When you have a leaner body mass, you also increase energy and control weight. Various studies show that T-treatment increases muscle size and strength, and decreases fat mass. A reasonable degree of T also has the following benefits:

Therefore, it is crucial to learn whether weed impacts T-levels negatively. If it does, there is no question that marijuana affects bodybuilding. To date, there has been only a handful of trials that looked at how THC impacted testosterone. There is no consensus because the results are mixed. 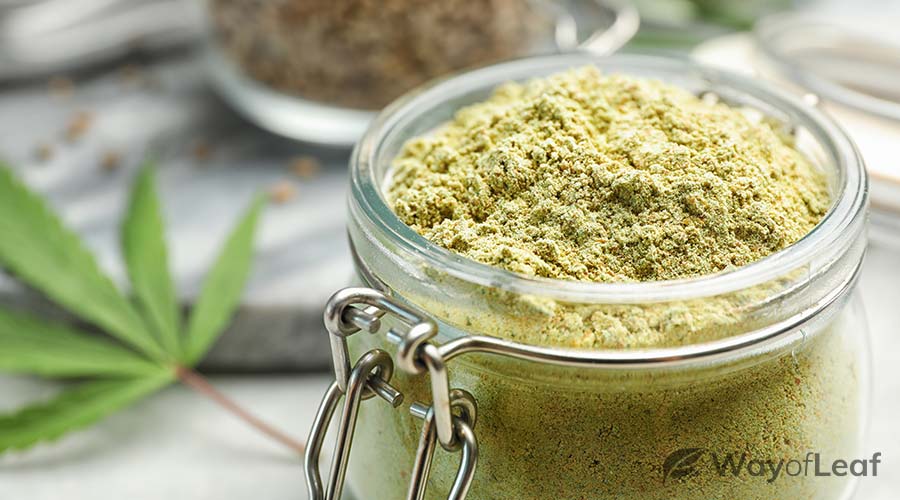 If you are not used to using Mary Jane, consuming it can cause a temporary reduction in T-levels. However, there are no such issues for regular users. One of the earliest studies on the subject, by Block et al. in 1991, was published in Drug and Alcohol Dependency. It found that chronic marijuana use had no significant effect on hormone concentrations in male or female volunteers.

A study by Fantus et al., published in the World Journal of Urology in February 2020, also had good news. It found that THC use is associated with small increases in testosterone. The rise is reduced as THC usage grows. However, testosterone is higher with any amount of regular use when compared to non-users. It seems that you are better off smoking a low to moderate amount of cannabis if you want a T boost!

When it comes to marijuana and bodybuilding, there are a couple of other factors to consider:

If your goal is to pile on mass, you need to eat! If you have a poor appetite and can’t gorge on food as you want, you may find cannabis useful. The CB1 receptors in the ECS play a significant role in appetite regulation. Obviously, you need to police yourself and not succumb to unhealthy junk food. One of the best ways to do this is by ensuring you stack your fridge and cupboards with healthy, bodybuilder-friendly food!

However, it is worth noting that prolonged and chronic cannabis use could lead to a decrease in appetite. This could happen due to the downregulation of the CB1 receptor activity over time with constant marijuana use.

Inflammation is part and parcel of weightlifting. We actually require the process if we want muscle growth. The times when it becomes a concern is when we are chronically inflamed. When this happens, the body doesn’t have the chance to restore itself to a state of balance. The ECS is involved in the inflammatory response, and cannabis stimulates it. Therefore, smoking marijuana could reduce the pains and aches one feels after a hard training session.

The other issue is that of relaxation and whether it can hurt performance. Weed use could cause:

However, all of the above happens if you use cannabis before you train. You may find marijuana useful if you are about to embark on a low and slow cardio session. However, you should steer clear if you are about to complete a bodybuilding session. Also, a study by Ware et al., published in the Clinical Journal of Sport Medicine in September 2018, concluded that cannabis didn’t improve performance.

Is Marijuana Illegal in Bodybuilding Competitions?

It seems as if there are a lot of bodybuilders who smoke marijuana. We are talking about vastly experienced individuals with more than a decade’s worth of hard training here! Indeed, there is a far greater acceptance of weed within bodybuilding circles than alcohol. Trainees know that alcohol usage does nothing positive for performance, or how they feel.

Some bodybuilders admit using a little Mary Jane before training. However, one such lifter admitted that he gets ‘gassed’ quickly when doing exercises such as bent-over barbell rows! The ‘marijuana bodybuilder’ is far more likely to use it as their choice of a recreational drug than many other athletes. After all, it doesn’t have calories, nor will it provide a hangover, as long as you don’t go overboard!

We know that cannabis is federally illegal in the United States, but what about in bodybuilding competitions? Organizations such as the IFBB claim that steroids are illegal, but loads of competitors use them! Alas, cannabis is unlawful in competition. The likes of the WNBF say that the use of drugs is strictly prohibited. Indeed, you can expect most organizations to fall in line with WADA policies, and that particular agency says cannabis is illegal.

If you look through the list of prohibited substances in each organization, you may feel dizzy! The WNBF, in particular, seems hellbent on only allowing ‘natural’ bodybuilders. It has around 7,000 urine test results on file in the first five months of 2020 alone! Therefore, you shouldn’t use cannabis for weeks before entering a competition.

Final Thoughts on Marijuana and Bodybuilding?

There is no doubt that marijuana and bodybuilding are more connected than many people think. One may assume that the bodybuilder’s circle wouldn’t want to use anything that could negatively impact performance. As a result, it is hard to believe that hard-training professionals would risk their gains by using something that counteracts their muscle-building efforts.

The truth is, research into how marijuana affects bodybuilding isn’t plentiful. It also hasn’t drawn any definite conclusions. What’s interesting, however, is that using a small amount regularly may help boost a person’s testosterone levels. You may also discover that cannabis stimulates appetite, allowing you to increase your mass. However, you shouldn’t smoke it before a training session, though some bodybuilders do it anyway!

Unfortunately for those who like to pump iron and use Mary Jane, it is illegal in reputable competitions. You should certainly avoid the WNBF if you use cannabis close to competition time. It is a shame, but those are the rules! It hasn’t stopped all-time greats from enjoying it, however. As Arnold once said, “Marijuana is not a drug… it’s a leaf.”