When Johannes Gutenberg created the printing press in 1440 or thereabout, the world’s use of paper increased rapidly. One press could produce approximately 3,600 pages per workday. Paper became one of the world’s most important commodities in the 1800s and remains so today.

In the last half century, paper consumption has quadrupled. Producing a single ton of paper requires 17 trees on average. What if there was a better option for creating this essential material? As it turns out, we have had one for millennia!

However, as we don’t use hemp for paper, surely it is inferior to paper from trees? We explore this theory and provide you with the reality in this article.

A Brief History of Hemp Paper

The ancient Chinese first used hemp paper in the first or second century BC. They created it from a mixture of water, mulberry bark, and hemp rags. There is a suggestion that hemp paper was found in China and Arabia in the 10th century BC. However, the evidence is far from conclusive.

Production of hemp paper moved to Korea by the sixth century AD. It reached Europe from the Middle East in the 1200s and arrived in Germany in the 1300s. There are copies of the Bible made from hemp paper. Also, a draft of the Declaration of Independence was made from hemp.

Hemp remained the main choice for papermaking until the 19th century. At this stage, manufacturers came across a cheaper paper production option; wood pulp.

Hemp paper retained its popularity in the early 20th century despite its competition from trees. In 1916, the United States Department of Agriculture made paper from hemp. Its chief scientists at the time said hemp paper was superior to paper from wood pulp.

However, paper from trees finally gained the upper hand and hemp fiber production started to dwindle markedly. The 1937 Marihuana Tax Act made the cultivation of hemp and cannabis illegal. While the crop made a brief comeback during World War II, cultivation had stopped in America by the mid-1950s.

Should Hemp Paper Regain Its #1 Position?

It makes sense to review the use of trees for paper. It takes at least 20 years for a single tree to grow before it can be used for paper. And the strain on the world’s forests is tremendous. The energy consumption of paper mills is enormous. Here are a few facts about paper made from trees and paper made from hemp: 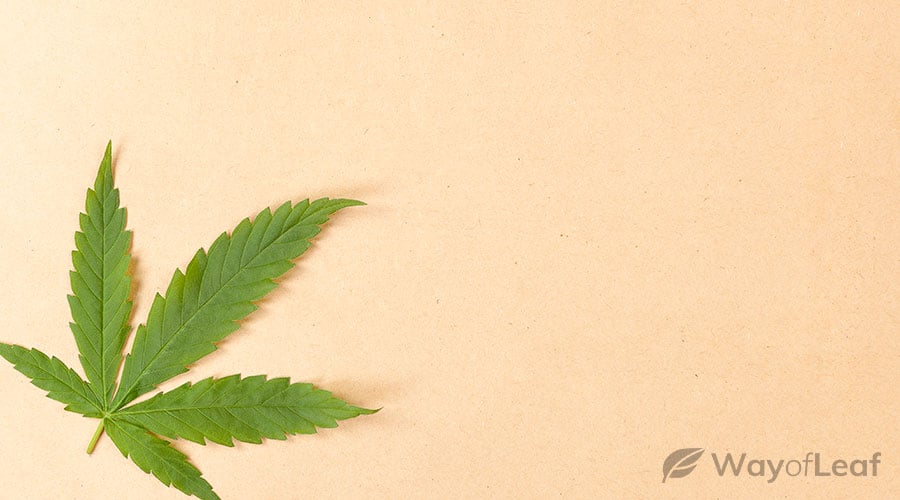 Is Hemp Paper of a Better Quality?

Those in favor of using trees for paper claim that it is of better quality. In reality, there isn’t a huge degree of evidence to support this statement. The chemical composition of hemp hurds is similar to wood.

Hemp fibers are also extremely strong, which means that paper made from them is durable. Manufacturers use the bast fiber on the outside of the stalk of the hemp plant. This fiber provides the strength needed for a high-quality paper.

In contrast, pulp paper isn’t as tough and durable. However, it is easily beaten into the softer papers we use in everyday life.

Does Hemp Paper Have Any Downsides?

The primary ‘con’ is the cost of hemp cultivation. At present, it is significantly cheaper to create paper from wood pulp. The manufacturing process has been perfected over the years, which leads to a more affordable product. Industrial hemp only became federally legal in the United States in 2018. Therefore, it is a fairly new crop with a high initial investment needed when farming it.

Related article
What Are the Pros and Cons of Hemp as a Material?

However, as the hemp industry becomes established, the cost of cultivating it will plummet. Perhaps in 10-20 years, it will be no more expensive to create hemp paper than tree paper. Once you have the hemp, the papermaking process is straightforward:

What Is Stopping the Growth of the Hemp Paper Industry?

The truth is, it is a relatively new industry. As a result, it hasn’t yet had the chance to develop a foothold. However, the tree paper industry will remain a major rival for the foreseeable future. There are many major companies with a huge investment in paper that comes from trees. The world produces around 400 million tons of paper each year. The United States, Japan, and China account for almost half of this consumption.

The world produces around 400 million tons of paper each year.

The rapid increase in paper packaging is one reason why we use so much paper. Indeed, packaging now represents around half of the planet’s paper consumption! There is no question in such a massive industry that the biggest players will continue to oppose hemp paper. Yet, with so many trees cut down each year, these companies may have to switch to hemp. If and when this happens, the hemp paper industry will grow exponentially.

At present, the main advantage of tree paper is that it’s cheaper to manufacture. This is mainly because it is an established industry. Hemp cultivation is a new phenomenon in the United States in the modern era. Once companies figure out how to mass-produce hemp paper inexpensively, the #1 upside of tree paper will disappear.

Hemp paper is significantly better for the planet. The manufacturing process requires fewer chemicals than its tree paper counterpart. We need less land and resources to grow hemp compared to trees. The hemp crop grows 60+ times faster than trees. Furthermore, the overall quality of hemp paper is better. It doesn’t turn yellow, crack, or deteriorate. Finally, we can recycle hemp paper more than tree paper.

We may have to wait, but hemp will perhaps regain its position as the #1 material for papermaking one day.