One of the biggest challenges of the 21st century is to reduce reliance on fossil fuels. Coal, gas, and oil have a finite supply. Due to the increasing demand for energy globally, fossil fuels will likely run out within the next half-century.

Then there is the small matter of the environmental destruction caused by the burning of fossil fuels. The evidence suggests that not only is climate change real, but our liberal usage of oil, gas, and coal has significantly contributed to the crisis.

Climate change experts believe that we need to leave at least 65% of known fossil fuel reserves untouched to keep the global temperature rise below two degrees.

Consequently, ‘green’ or renewable energy sources are no longer a niche thing; they are essential to our survival! By developing alternative renewable fuels, we reduce fuel supply vulnerability and may delay the planet’s destruction.

Biofuels are derived from living matter and their proponents champion them as a viable solution to our current energy needs. Hemp biofuel is potentially a game-changer. Hemp is one of the world’s oldest cultivated plants with a history dating back several thousand years.

Flights, shipping, and road travel alone account for around 25% of the globe’s greenhouse gas emissions. Biofuels have been around for even longer than automobiles, but inexpensive diesel and gasoline have kept them on the sidelines.

Now that climate change is a major crisis and we face diminishing fossil fuel reserves, biofuel is considered a viable alternative energy source. Biofuel involves the use of feedstocks, plant material, or other organic matter to create a renewable source of energy.

It is an excellent idea in theory but has hit plenty of roadblocks in practice. As a result, we need to triple our current biofuel output to meet the International Energy Agency’s (IEA) targets for global sustainable growth by 2030.

The Two Types of Biofuel:

The idea of using biofuel is not a new one. For instance, Henry Ford allegedly wanted the Model T to run on hemp biofuel. Rudolf Diesel, the man who invented the diesel engine, initially hoped it would run on peanut oil! During the Industrial Revolution, biofuels powered the first internal combustion engines and lamps!

Biofuels remained popular during the modern era until the 1950s when cheap oil became readily available from the Middle East. The world became obsessed with oil, and global consumption increased fivefold between 1945 and 1970.

The looming fossil fuel crisis forced governments worldwide to look at biofuel once again in the early 21st century. In the U.S., the Renewable Fuel Standard of 2005 and the Energy Independence and Security Act two years later forced the nation’s transportation industry to adopt biofuels on a significant scale.

The Unsuitability of Using Certain Crops as Biofuels

However, some biofuels were causing more harm than good. Certain crops involved were not as environmentally friendly as initially believed.

In 2017, experts determined that corn, and possibly milo and soybeans, were the only economically viable crops for large-scale biofuel production in the United States.

Corn ethanol was the subject of tremendous hype. An estimated 40% of the annual corn crop is converted to fuel. Surprisingly, this is even though it is no longer considered a viable solution to the climate change problem. It seems strange that we’re only now recognizing the potential of hemp as a biofuel!

How Hemp Can Serve as an Effective Biofuel

Hemp fiber was used widely in ancient China and made its way around the world in subsequent centuries. Did you know that around 120,000 hemp fiber pounds had to be used to rig the United States’ oldest navy vessel, the USS Constitution?

In 1853, a pair of chemists successfully conducted transesterification of vegetable oil. In 1893, Diesel’s prime engine ran on its own power. Seven years later, it received the highest award at the Paris Exhibition as Diesel revealed his engine could run on peanut oil. The 1908 Model T Ford was designed to be powered by ethanol. 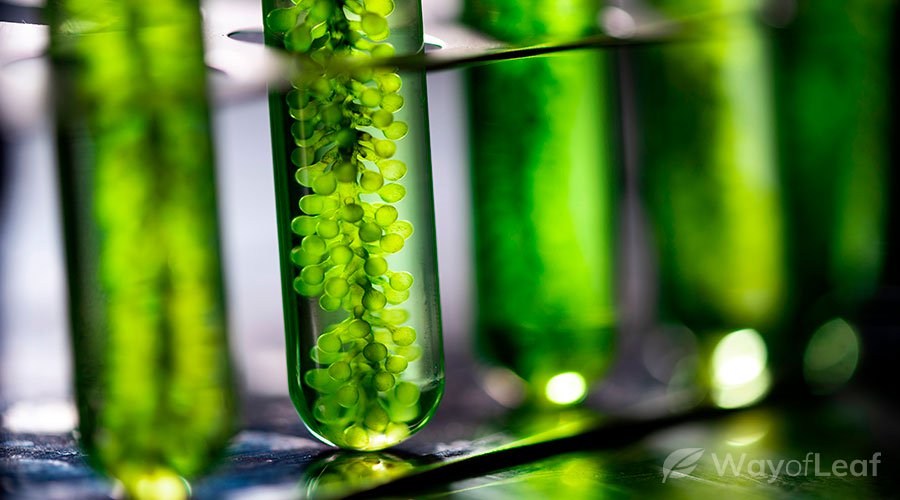 The passing of the 1937 Marihuana Tax Act effectively eliminated hemp’s potential use as biofuel. The plant’s supposed use as a drug led to the United Nations banning its cultivation in 1961. Those who sold fossil fuels had successfully removed their biggest rival and helped hasten our climate’s gradual destruction in the process.

The European Union saw sense in the 1990s and revoked prohibition. As a result, several nations began cultivating hemp again. For the last few decades, hemp has been grown primarily as a fiber source. There is a growing market for hemp in the food and cosmetics industries. The Farm Bill of 2018 finally legalized industrial hemp growth in almost all states in America. Hopefully, this will lead to hemp’s wide-scale use as a biofuel.

The Benefits of Using Hemp as a Biofuel

Significantly, it is possible to create biodiesel and bioethanol from hemp. You create biodiesel by pressing hemp seeds to extract fats and oils. After extraction, the fats and oils are put through various steps to create a biofuel that’s usable in your car. Best of all, hemp biodiesel can be stored and transported like traditional diesel with a pleasant hemp smell.

Here are a few interesting facts about biodiesel:

Traditionally, wheat-based crops such as barley and corn are used to make ethanol. However, there are different forms of fermentation which allow us to turn hemp into ethanol. Avoiding food crops as a fuel source boosts food production efficiency. Also, hemp has the advantage of being durable enough to grow in lower-quality conditions than wheat or corn. Moreover, hemp bioethanol shares biodiesel’s transportation advantages.

Other potential biofuel sources have been cast aside due to their relatively low energy potential, high expense, or damage to land and the environment. Importantly, hemp has significant advantages over all of its rivals. It is ready to harvest in just four months.

Hemp’s environmental benefits are well known. It is a durable plant that attracts relatively few insect pests. Therefore, limited amounts of pesticides are required. Hemp also has a high resistance to fungal diseases. Another interesting trait of the hemp plant is that it can outgrow weeds.

Hemp’s ability to grow in infertile soil is crucial. First of all, it ensures that farmers can reserve fertile land for food crops. Secondly, it doesn’t need to use a massive amount of fertilizers or water to grow. A look at the range of climatic zones hemp can grow in reveals that it can survive in practically any region.

Hemp can grow successfully in the Americas, the vast majority of Europe and Southern Asia, Australia, and most of Africa outside the Sahara region.

Hemp’s fuel yield is approximately 207 gallons per hectare, which is below oil palm and coconut crops. Crucially, it is almost four times higher than soybeans, which are also used as biofuel crops.

Hemp’s Advantages over other Biofuel Alternatives

A study by Prade et al., published in the July 2011 issue of Biomass and Bioenergy, found that hemp’s adjusted biomass energy yield was over double that produced by wheat straw in solid fuel terms. Hemp pellets are a prime example of solid biofuel.

Perhaps more importantly, hemp biodiesel, in particular, is a carbon-neutral replacement for diesel. During its life cycle, it ingests a far higher rate of carbon dioxide than trees. CO2 emissions produced during the burning of hemp biodiesel are reabsorbed via photosynthesis. Its relatively short life cycle enables crop rotation to aid soil and benefit winter cereal crops.

Palm oil is a commonly produced biodiesel fuel type. It is relatively cheap to produce and has a fuel yield of over 500 gallons per hectare. This fuel yield is almost 150% more than hemp. However, it produces enormous amounts of CO2 and is linked with the destruction of the rainforests and their associated wildlife.

In 2012, the Natural Climate Change journal wrote that palm oil plantation expansion would contribute over 550 million metric tons of CO2 by the end of the year. In 2010, a single land clearing exercise of Kalimantan oil palm plantations emitted around 140 million metric tons of CO2. That is the equivalent of what 28 million vehicles emit in a year.

The damage caused by certain biofuel crops has given the entire practice a bad name. Even today, there is a strong anti-renewable energy sentiment in certain parts of America and the wider world. This opposition is driven by a fear that renewable energy will erode oil, gas, and coal companies’ profits.

There is a lot of misinformation about biofuel in general, as well as hemp. For instance, some allege that ethanol production threatens waterways as nutrients from farming seeps into our lakes. It is also falsely suggested that ethanol raises food prices even though the corn used in it is feed corn rather than the corn we consume as food.

A lot of work must go into educating the public about hemp’s energy benefits. Research shows hemp is a viable biofuel and an efficient renewable energy source. For example, a 2010 University of Connecticut study found that the hemp biodiesel produced by its graduate students had a 97% conversion efficiency.

According to Professor Richard Parnas, who led the study, those growing hemp could produce enough fuel to power their entire farm using the seed oil. He pointed out that it won’t take much additional investment to create a burgeoning biodiesel industry because it already exists.

Ultimately, hemp seeds are a viable option for biofuel production. Hemp has a high fuel yield and a short growth cycle. Also, hemp can grow on infertile soil and is highly resistant to pests and diseases. Biodiesel made from the plant already meets clean air regulations. It is also a much better economic and environmental option than other biofuel crops.

Hemp has been legal in several nations worldwide for a generation. However, perhaps the end of industrial hemp prohibition in America will be the catalyst for a new hemp biofuel revolution.