Decades ago, the best weed you could hope for was the legendary brick weed. It is highly likely that it probably contained no more than 3-4% THC. It was, however, good enough to get people high. These days growers have devised growing methods that produce crops with a THC content of 25%+.

If this isn’t strong enough for you, why not try a marijuana wax concentrate? The highest quality versions contain over a staggering 90% THC. This level of the psychoactive cannabinoid will blow the mind of even the most experienced users.

When you walk into a dispensary, there are different concentrate types available. There is shatter, wax, crumble, budder, and many more. They vary in consistency, color, and character, depending on the extraction method.

In this guide, we talk you through the creation of marijuana crumble wax.

At the last count, there were over 300,000 concentrate items available. Extraction labs and manufacturers of equipment have had to develop sophisticated tools to produce high-quality cannabis concentrates. You might be surprised to learn that concentrates such as budder, crumble, and wax have a similar creation process.

The crumble wax creation procedure closely mimics that of budder and shatter. However, the pre-purged oils used to make crumble contain more moisture. They are also a thicker consistency with a slightly different temperature used in the process.

The result is the crumbling body that resembles cheese once the purging process is complete.

You can turn wax into crumble by purging for a more extended period at a lower heat. The result is a crumbly concentrate that contains lots of terpenes and tastes better than wax. The name gives a lot away. Working with the material is challenging. If you work with it by hand, it gets beneath your fingernails, and you can only remove it by thorough washing. If you’re trying to dab crumble, we recommend using a dabber’s flat end to scoop the crumble into a bowl. 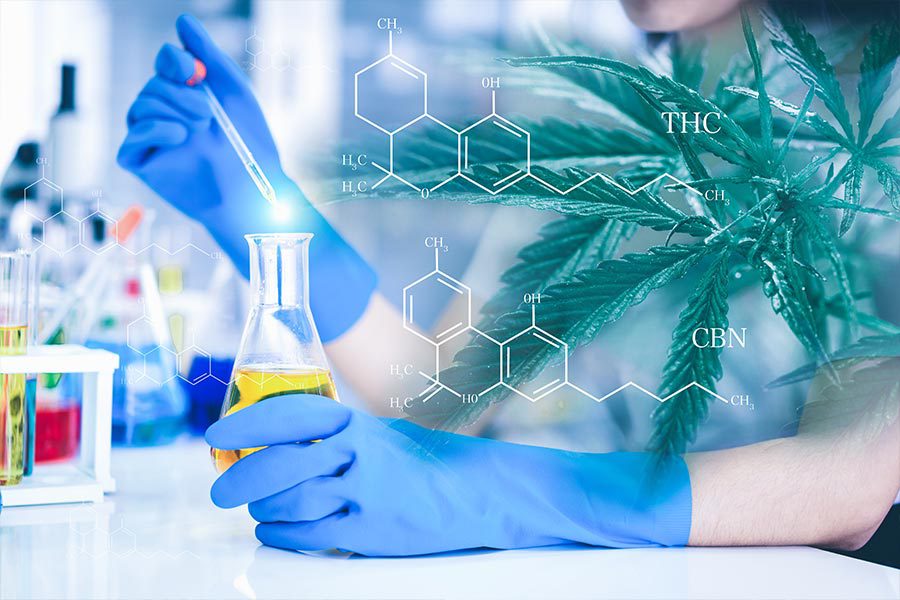 Before the substance ever becomes crumble, you first need to extract it from the plant. The first step is to take the buds from the crop after harvesting. Then the buds are weighed and transferred into vacuum-sealed bags.

If the harvested weed comes from an indoor facility, manufacturers will store it in a freezer around 40 degrees Fahrenheit. If it arrives from an outdoor grow, the company places it in a cooler with liquid nitrogen or dry ice.

The key is to freeze the bud within two hours to lock in the chemical profile of the plant. It could also preserve the flavor and scent of cannabis that usually is cured and dried. Another benefit of freezing marijuana is that a company can immediately supply the market with a strain that has become scarce.

Whether the bud is frozen or not, you put in a special extraction system. You then separate the plant’s cannabinoids using a solvent such as butane. Some companies prefer to use CO2 extraction instead, in the belief that it is cleaner. However, when they use butane, all traces are removed long before they turn the extract into wax.

Larger organizations have developed some astonishing extraction devices. In Michigan, Precision Extraction has a system called The Judge. It can process a remarkable 80 pounds of weed per day; that’s 1,280 ounces!

If the weed is frozen, a company can put in a tall steel column where the butane or propane gas is added to the solvent chamber. A recirculating chiller first cools, then condenses, the vapor into liquid.

Next, the solvent goes to the material column and saturates the weed and bonds with marijuana’s lipid, terpene, and cannabinoid molecules. Then the solution travels to another chamber, which cools it to a temperature as low as -120 degrees Fahrenheit. At this temperature, the lipids become solid and separated from the solvent that carries the pungent items and psychoactive material. A filter traps the fatty solids, and the liquid moves into a heated collection chamber.

At this stage, the majority of the solvent is boiled off. The system can recover 99% of the evaporated butane, which travels through the system again. Now, the collection chamber contains a beautiful sticky resin that we all adore.

Degasification purifies the resin. A specialist pours the resin into trays and places them into a special vacuum oven. Hydrocarbons are removed as they are boiled off. This is tricky because some of the weed’s terpenes and cannabinoids have boiling points close to that of the solvent.

Did you know that the extract’s physical properties vary enormously depending on the strain?

For example, weed with a high terpene content will resemble motor oil. On the other hand, Blue Dream’s extract is hard and resembles glass in texture. It is at this stage that firms will tweak the extract to ensure it becomes shatter, wax, budder, or crumble.

If you can remember, the creation of crumble involves purging at low heat and whipping it for a long time. Not only does this preserve more flavor, but it could also be healthier. According to cannabis extract producer Moxie, lower temperatures produce fewer carcinogens. In contrast to the relative safety of crumble, the budder is created by pouring extract into a Pyrex container. This is then whipped while simultaneously increasing the heat. With this method, you lose terpenes and increase the risk of carcinogens in the final product.

We’re assuming that you don’t have access to million-dollar equipment. Fortunately, it is possible to create your crumble at home. You will need the following items to do it correctly:

Here is a step-by-step guide:

Fill your roller tube with the marijuana buds and put it inside the Pyrex container. Pack it tightly and blow on the herb to ensure that no air gets through. Add the butane you plan to use and freeze for 24 hours.

Gas the roller tube, making sure you do so in an area with lots of ventilation. Wait for the gas to evaporate completely, at which point you should see a paste. As you are using gas, it is a good idea to leave the room until the gas fully disperses.

Place the water on a ceramic or electric hob; a gas hob’s open flame is far too dangerous. Switch on the hob and set it to low heat. Once the water has heated up, put your Pyrex tray on top of the pot of water to ensure the vapor directly hits the tray.

Use your infrared thermometer to ensure the mixture’s temperature does not exceed 104 degrees Fahrenheit. Once you go above this point, you risk the evaporation of terpenes. If the heat comes close to that level, take away the tray. Wipe away any moisture, wait for it to cool, and put it back on the pot.

Use your dabber for popping bubbles that appear. When the mixture is getting dry, and no bubbles appear, start scraping the bottom of the tray with the blades.

Keep an eye on the temperature to ensure it remains below 104 degrees. After a few hours, you should have a paste with a cookie-like texture, as opposed to the transparent and gloopy mess you had earlier.

Use the blades to remove everything from the tray and place it on the silicone mat.

It is a good idea to take before and after pictures to help you decide if the mix is dry.

Finally, let the air into the vacuum slowly, and be patient when removing your crumble. When you make it successfully just once, it should be far easier to create subsequent crumbly masterpieces.

It is even easier to make crumble if you have extracted cannabis oil. After it has been purged of solvents, whip the oil and place it back under vacuum at the same temperature it was purged.

Crumble has among the highest terpene levels of any concentrate. As a result, it is ideal for users who value flavor and aroma above all else. To retain terpenes, perform a lengthy vacuum purge for several days if possible, and keep the level of heat down.

Crumble is also the driest concentrate, and you can break it down quickly to enjoy a tiny amount per session. You can dab it in a rig, add it to a bowl, or use a vaporizer pen. It is potent, so be careful with the amount you use!