The list of potential benefits attributed to cannabis grows with every passing year. Much of the credit goes to the most abundant cannabinoids, THC and CBD.

These compounds are undoubtedly connected to many of the cannabis plant’s effects. However, focusing on these two cannabinoids alone does a grave injustice to the hundreds of other compounds in cannabis.

Terpenes are finally getting their due. They are largely responsible for the aroma and flavor of cannabis. If you like the smell and flavor of the iconic Ice-cream or Blueberry strains, for instance, terpenes are the reason.

In this article, we check out the impact of a lesser-known terpene called guaiol. First, we provide a brief overview of these special compounds.

Why Are Terpenes Important?

Terpenes are secreted in much the same way as THC and CBD. They can account for as much as 5% of the total dry weight of a cannabis flower. Like cannabinoids, they are made in the trichomes of the cannabis plant. You’ll notice these via the sticky, shiny resin that covers the leaves and the buds.

Trichomes are an important feature of the plant as they ensure its safety from predators in the wild.

Terpenes play a big part in this defense mechanism. They produce powerful fragrances that can repel several potential ‘predators.’ Though this may sound ominous, terpenes are quite safe. You can find them in many of the plants and foods that we consume.

Regulatory agencies in the U.S. agree that terpenes are naturally occurring and pose no danger to consumers. There are many kinds of terpenes in cannabis. These are believed to support the beneficial functions associated with cannabis. Some of the most common terpenes include myrcene and limonene.

Myrcene could quell inflammation and mitigate dysentery, and you will find limonene in household cleaning products. While many of these terpenes are abundant in cannabis, they aren’t the only stars of the show. There is a little known but important player in the terpenes game called guaiol.

What Is the Guaiol Terpene?

Guaiol ( pronounced ‘gway-ee-ol’ ), and sometimes called champacol, is not like other terpenes. Many terpenes present in cannabis are oil-based, but guaiol is instead alcohol-based. It isn’t as abundant in cannabis as some other terpenes. However, its presence is potentially very relevant, even if there isn’t much research regarding it. 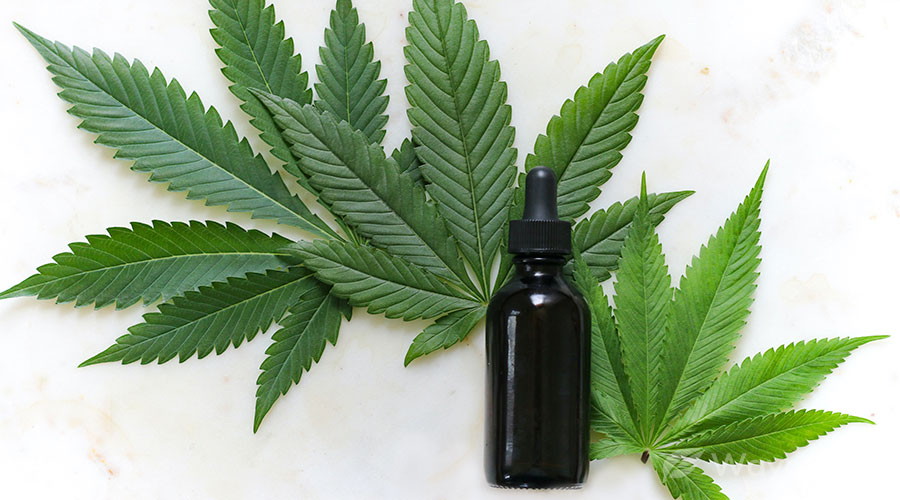 Guaiol is sesquiterpenoid alcohol. Sesquiterpenes are terpenes that have a multi-ringed molecular structure. These kinds of terpenes are found in cypress pine. This fact makes sense since guaiol presents a fresh, woody, and piney aroma (albeit with an undertone of rose).

Guaiol is also responsible for the scents of many other plants, however. It is in nutmeg, tea tree, conifers, apples, cumin, and lilacs. Some people use it as a remedy for cough, congestion, and even as an insect repellent.

Guaiol possesses potent and important anti-microbial properties. A study published in the Journal of Natural Products in 2007 found that guaiol is useful in combating several bacterial strains.

It has a very low boiling point of 197.6 degrees Fahrenheit (92 degrees Celsius). Therefore, you could derive the benefits of guaiol by vaping at a very low-temperature setting.

What researchers know is that guaiol likely has beneficial properties. It may boost cannabis’ healing and therapeutic effects. The guaiacum tree, found in the Americas’ tropical and subtropical parts, produces high amounts of guaiol.

Humankind has used this compound for centuries to manage the symptoms of many ailments. The Spanish brought high levels of the terpene to Europe in the 16th century after discovering San Domingo. They used it to help with conditions such as syphilis, coughs, gout, and menstrual symptoms.

Its use stretches into other areas. Guaiol is often utilized in labs to test for blood in human fecal samples. It is added to numerous foods and household items as an aromatic. It’s also used as a diuretic and has some anti-inflammatory and analgesic properties. Guaiol can act as a cough suppressant, which may effectively offset coughing fits often associated with cannabis use.

A study published in Oncotarget in 2016 indicates that guaiol may inhibit cancer cells in cases of non-small cell lung cancer (NSCLC).

Another study, published in the Journal of Pharmacy and Pharmacology in 2017, found that essential oil made from the fruit of Xylopia sericea was effective in killing Staphylococcus aureus. This is the bacterium responsible for staph infections. The essential oil contains up to 14% guaiol.

Guaiol is potentially a key component in how cannabis affects day-to-day functions in the body. It may provide important support for anti-inflammatory actions. This bodes well for people that have issues with their joints or suffer from a fever.

You will find guaiol in various cannabis strains in relatively small amounts. Here are a few examples:

Cannabis is more than just THC and CBD. Although these components play a big part in how cannabis affects its users, it’s not the whole story. Cannabis contains many other chemical compounds, including phytochemicals and cannabinoids.

Terpenes are another major component. There are hundreds of different terpenes, including guaiol. While it is one of the lesser-known terpenes, it has some very significant attributes.

Guaiol often works alongside THC and CBD, and other phytochemicals to enhance therapeutic effects. According to initial studies, this may include pain relief, anti-inflammatory properties, and mitigation of microbes.

Guaiol may help cannabinoids in working synergistically with the body’s endocannabinoid system or ECS. This is described as the “entourage effect.” As a result, guaiol could help the body to maintain and regulate its processes and maintain homeostasis.

Throughout history, humans have used guaiol to alleviate symptoms such as coughing, inflammation, and pain. It is also utilized in lowering blood pressure due to its diuretic characteristics. At one point, doctors even prescribed it as a treatment for syphilis!

Due to its low boiling point, it isn’t easy to work with. It is not ideal for every cannabis application. Tinctures, topical creams, and vaping are the best applications for guaiol.

Despite its sensitivity to high temperatures, cannabis cultivators and users are beginning to realize guaiol’s benefits. Further studies may help experts and researchers learn more about this terpene and its role alongside cannabinoids.

Related article
What Is Ocimene? [This Cannabis Terpene Explained]

3
8 min read
Join the discussion
TOC
Premium
Your subscription has ended
If you love cannabis and want to support our site, join WayofLeaf Premium today and unlock
Best of all, part of your membership fee will go towards supporting the fight to legalize cannabis.
Sign Up for WoL Premium
Not now
I already have an account
×
Log in to Your Premium Account