It’s your worst nightmare: You stroll into work one morning and are told it is time to pee into a cup because your company has decided that this is the day you have to undergo a drug screening. You have been ‘compliant’ for most of the month, but last week, you had a couple of bong hits and gazed contentedly at the stars.

It was an incredible feeling, but you could be paying for the experience with your job. It hardly seems fair, does it? You live in a legal state and smoke weed on your day off. However, companies in individual states are still permitted to hire and fire employees based on whether or not they find THC metabolites (THC-COOH) in their urine.

Unfortunately, there is no ‘right’ answer to the title question, because it depends on a LOT of factors. In this article, we look into why you have to take a drug test, how the body processes marijuana and the likely timeframes regarding when it leaves your system depending on your level of usage.

Why Do I Have to Be Drug Tested at Work?

The Reagan Administration may be the reason why employers are still now drug testing their employees.

During the Reagan administration the War on Drugs was initiated and has gone on for over 30 years. Its success, however, does not seem apparent, especially when reviewing modern statistics that show the rise in the use of illicit substances in recent years.

In 1986, Reagan signed an executive order which made drug testing mandatory for federal employees and some contractors. America’s corporations followed suit and began testing employees en-masse. By 1996, over 80% of the nation’s employers issued drug screenings.

The American Management Association (AMA) last performed a drug testing survey in 2004, and the number of companies that performed drug tests had fallen to 62%. It is likely to have dropped even more since marijuana has become legal in dozens of states.

On the face of it, testing employees for drugs makes sense, especially in specific industries. A truck driver or construction worker turning up stoned out of their mind is dangerous and could compromise the safety of many. Back in the Reagan era, one of the goals of drug testing was to reduce the impact on productivity, health, and safety in the workplace caused by substance abuse.

While this reasoning may seem rational, a 2007 report by the Substance Abuse and Mental Health Services Administration, part of the National Institutes of Health, was unable to find conclusive evidence that drug screening acted as a sufficient deterrent. In simple terms, people who wanted to get high during their spare time tended to do so even with the specter of a drug screen hanging over them.

The rise of legalized marijuana has complicated matters to the point where specific organizations have shown common sense by eliminating drug screening. In August 2018, Reuters Health wrote that one in seven American adults used weed in 2017. As the substance has since been legalized in more states, it isn’t hard to imagine that this figure has increased.

It wouldn’t be out of bounds to suggest that 20% of American adults have used weed in the last year. By implementing a mandatory drug screening program, organizations are potentially eliminating thousands of suitable candidates in an era where America’s Skills Gap is enormous.

Consumed Cannabis? Here’s How It’s Processed by the Body

It is your metabolism that helps remove traces of cannabinoids from your body. As each person’s metabolic rate varies, it is difficult to say if you will pass a drug screening or not. You could be ‘lucky’ and have a metabolism that processes marijuana extremely quickly; but do you want to rely on chance when it’s time to urinate into a cup? 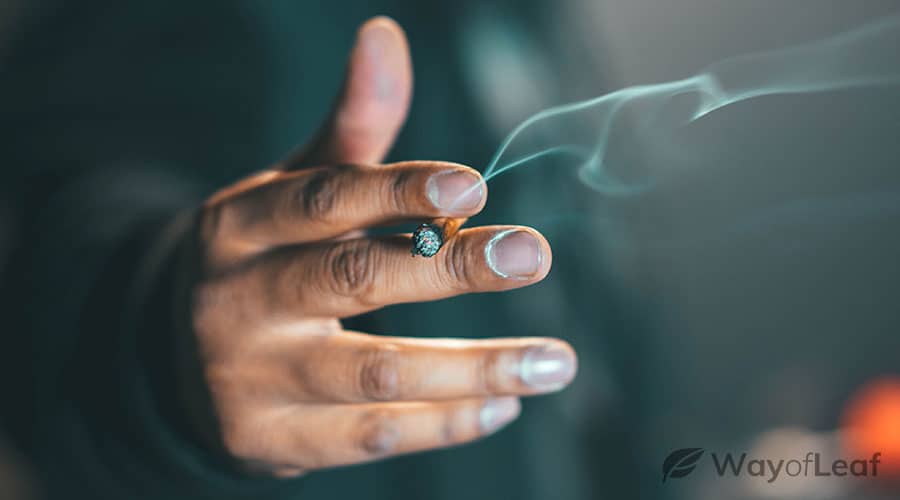 You can aid your cause, however. The lifestyle choices you make have an impact on how fast cannabis exits your system. If you eat healthily, exercise regularly, and have a lower than average amount of body fat, your chances of passing a drug test increase.

Why? Because the traces of marijuana in your system are lipid-soluble and are stored in the body’s fat cells. If your body fat level is high, your body stores more cannabinoids than if you were leaner.

The variation in the metabolic rate, physique, and physical shape, of each individual, is one of the reasons why you see such a broad range in marijuana detection windows. Other factors that determine how long THC stays in the system are:

How Long Is Marijuana Detectable for?

Aside from the factors mentioned above, the type of drug screening plays a significant role in how long it takes THC metabolites (THC-COOH) to leave the body. Here are the likely time-frames according to four different forms of testing:

This is the worst test for marijuana users because a hair follicle test can find out if a person has used weed in the last 90 days! After you use marijuana, it reaches the hair follicles through tiny blood vessels, and trace amounts remain in the hair.

As hair typically grows at a rate of 0.5 inches a month, and testers take a sample of up to 1.5 inches, your use can be detected for up to three months. Fortunately, hair follicle testing is sporadic, and you can always shave your head beforehand (although it will seem suspicious if you suddenly turn up bald one day after 4 years with the same haircut).

This is one of the best tests as far as cannabis users are concerned. While weed has been detected after 25 days in very heavy users, it is usually undetectable within 3 days, which means you are probably safe if you smoked over a week ago. Sadly, few companies utilize blood testing.

This is another ‘okay’ form of testing for users, because the THC will no longer be detectable within about 72 hours if you are an occasional user. Chronic users could have the THC in their system for up to 29 days, however. Marijuana enters the saliva through smoking or via exposure to smoke.

Fortunately, second-hand exposure shouldn’t cause you problems because THC metabolites are only present in saliva when cannabis has been ingested or smoked. In some jurisdictions where marijuana is legal, saliva testing is used at the roadside by law enforcement officials.

This heading is larger because the vast majority of drug screenings involve testing a person’s urine. Once again, the detection window varies according to numerous factors, but a detailed study by Mayo Clinic Proceedings offered the following time-frames according to the frequency of use:

We have heard stories of weed remaining in the system for up to 77 days in a urinalysis, but you would most likely need to give Cheech and Chong a run for their money in the pot smoking stakes for it to take THAT long.

A study by Paul Cary, published in Drug Court Review in 2005, looked at how long cannabinoids remain in the body after use. According to Cary’s research, THC metabolites only remained detectable for 3-4 days after consumption in first-time or occasional users. On the other hand, chronic users needed an average of 21 days to pass a urine test.

Another study, this time by Kouri and Pope, which was published in Experimental and Clinical Psychopharmacology in 2000, tried to find out how long weed stayed in the systems of individuals who reported smoking herb at least 5,000 times in their life. The 17 volunteers agreed to abstain for 28 days.

The results were fascinating. Five of the subjects were able to pass a urine test within one week! Four others passed by the end of week two, while two more passed after 21 days. At the end of the study, only six of the volunteers failed a drug test after 28 days. The study clearly showed the vast difference in how people process marijuana but also suggested that even lifelong users have at least half a chance of passing a urine test within a month.

Will I Pass a Drug Test if I Smoked One Week Ago? – Final Answer

It is immensely frustrating that a practice as outdated as employment drug screenings continues to threaten the livelihoods of hardworking Americans who enjoy a toke or two during their time off work. Fortunately, there are plenty of trailblazing organizations who have consigned drug testing to the dustbin of history where it belongs.

Sadly, a significant proportion of companies, even those in legal states such as California, continue to drug screen their employees. In answer to the title question: If you are a casual, infrequent, or first-time user, there is a decent chance that you will pass a drug test one week after your last time using marijuana. But, nevertheless, keep in mind the various factors we mentioned above.

If you are a frequent user, the risk of failing the test increases significantly. If you are a chronic user, there is a strong possibility that you will fail the test. Those who have been on a major potent strain binge in the last week or two are also at serious risk.

For those in a severe bind, there are options available. You can purchase synthetic urine, or rely on the hit and miss nature of detox drinks. You could also try one of the homemade drinks said to help you pass a urinalysis. We can’t recommend or endorse any of these methods because the results are wildly unpredictable.

If you fail the drug screening, there may be a second, more sensitive, gas-chromatography-mass spectrometry test; although many employers won’t bother since they cost at least $200 per test! In any case, you are at the mercy of your state’s laws and protections which most employers are forced to abide by.

In states such as Vermont and Minnesota, for example, employers are not allowed to fire anyone who fails a drug test for the first time if they agree to a rehabilitation program. In many cases, you will be reprimanded rather than fired, but that can also depend on your company’s rule book if you’re not protected by state law.

Ultimately, you are still at risk even if you use marijuana responsibly in a legal state during your time off work. Even in an age where medicinal cannabis is legal in over two-thirds of the States, you use marijuana at your own risk.

If you are looking for a detox product, we’ve tested quite a few different products. Below are the results from products we tried out. 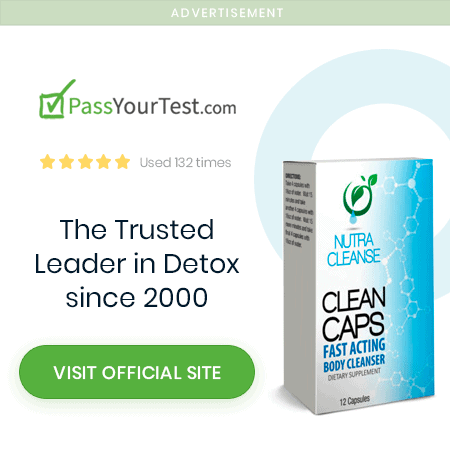 How Long Does Marijuana Stay in Your System [Fully Explained]