By now, most people in America are aware of CBD. Short for cannabidiol, this compound is a non-intoxicating cannabinoid, one of the active compounds found in cannabis plants. Predominantly, CBD comes from hemp.

Legislation surrounding CBD, hemp, and even marijuana is continually changing. As a result, it’s hard to keep up, and consumers often don’t know where they stand.

This is why we have created a series of guides dedicated to outlining the nuances of CBD laws in various states. This article focuses on Tennessee and explains the existing CBD laws while helping you discover some of the best places to purchase the cannabinoid within the Volunteer State. 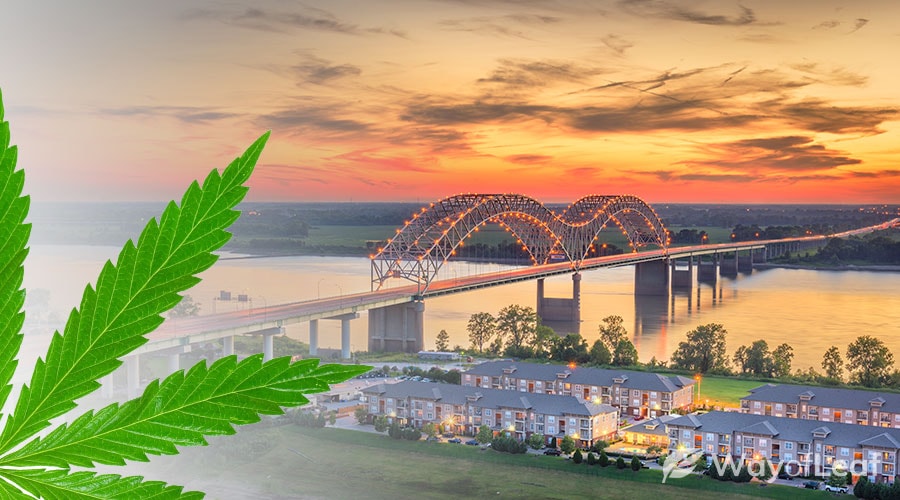 Is CBD Legal in Tennessee?

The simple answer is ‘yes.’ The state of Tennessee permits the sale, purchase, and usage of CBD. Indeed, despite the complications associated with the cannabinoid, the law is relatively straightforward in Tennessee.

It allows residents to purchase CBD products derived from hemp with a maximum THC content of 0.3%. This is in line with the rules outlined in the 2018 Farm Bill, which legalized the growth of industrial hemp.

However, these laws are relatively new. Until a few years ago, there was genuine confusion about the rules surrounding CBD in Tennessee.

The main point of contention is the difference between hemp and marijuana. Both are part of the cannabis plant, which belongs to the Cannabaceae family. The 2018 Farm Bill defines hemp as Cannabis sativa with a maximum THC content of 0.3%. In a legal sense, cannabis plants with a higher THC level are classified as marijuana. 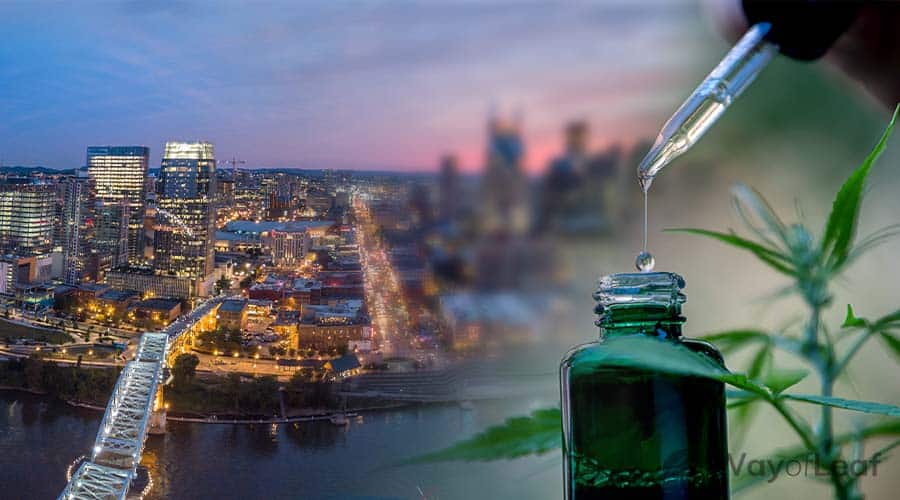 In Tennessee, marijuana is extremely hard to come by. Governor Haslam signed Senate Bill 280 into law in May 2015, legalizing the possession of CBD oil with a maximum THC content of 0.9% for a handful of severe conditions, including intractable epilepsy. However, patients had no means of purchasing such products within the state.

Marijuana is highly illegal in Tennessee. It was only recently that CBD products were removed from the same definition, allowing hemp-derived CBD with less than 0.3% THC.

In June 2016, Governor Haslam signed House Bill 2124 into law. It excluded cannabis oil containing CBD with a maximum of 0.9% THC from the definition of marijuana. However, this was only when manufactured, processed, transferred, dispensed, or possessed by certain higher education institutions.

This is the closest thing to a medical marijuana program in Tennessee at present. It also remains illegal to purchase cannabis oil from within the state.

Given the difficulties in sourcing cannabis oil, prospective MMJ patients are probably better served to stick with CBD oil derived from hemp. There are many physical and online stores selling CBD products in the state. However, please ensure that the brand offers up-to-date third-party lab testing. Otherwise, you could inadvertently break the law.

Where to Buy CBD Oil in Tennessee

Many pharmacies and health stores sell CBD products now, especially in cities like Nashville. Tennessee also allows individuals aged 18+ to purchase smokable hemp products, though these carry an excise tax of 6.6%. It is inadvisable to smoke hemp in a public setting, however. You can also expect most stores to ask for ID to ensure you’re 18+ years of age. Some locations won’t sell to anyone under the age of 21.

If you would prefer to get CBD delivered to your doorstep, here are five great brands to consider:

As you now know, access to medical marijuana in Tennessee is extremely limited. The state slightly expanded the law in May 2021 to include qualifying conditions such as ALS, Alzheimer’s, and inflammatory bowel disease. However, the maximum THC content remains at 0.9%. There are still no provisions for purchasing cannabis oil within the state.

While a growing number of Tennessee residents favor MMJ legalization, it seems unlikely that state lawmakers will listen for the foreseeable future.

Furthermore, Tennessee has not decriminalized the substance. The possession of any amount of marijuana is a misdemeanor and could result in a prison sentence of 12 months. The sale of over half an ounce is a felony with a maximum jail term of six years. You could receive the same penalty for cultivating any amount of marijuana in the state. Tennessee continues to persevere with marijuana possession prosecutions, so don’t expect leniency if you get caught.

In 2016, Nashville and Memphis decriminalized the possession of up to half an ounce of marijuana. However, a repeal was signed into state law.

Nonetheless, Nashville persevered, and in July 2020, the city partially decriminalized the possession of the substance. The DA will drop all charges involving marijuana possession of under half an ounce in the city.

Final Thoughts on CBD in Tennessee: Summing up

There is no longer any confusion regarding the legality of CBD in Tennessee. It is legal to sell, purchase, and possess CBD products derived from hemp with a maximum THC content of 0.3%. The state follows the rules set out in the 2018 Farm Bill.

However, it is a different situation regarding marijuana. It is technically possible to purchase cannabis oil with a maximum THC content of 0.9%. Yet such products are only available to people with specific medical issues. Moreover, it is virtually impossible to source such cannabis oil within Tennessee.

It seems highly unlikely that the state will create a genuine MMJ program any time soon. Also, the possession of any amount of marijuana will likely result in a prison sentence. Therefore, if you live in Tennessee, it is best to stick to hemp-derived CBD products.