CBD Oil with Turmeric – What Are the Benefits?

Several companies are now manufacturing CBD oil with turmeric. They market these products as combining the healing properties of two powerful natural remedies, both known for their anti-inflammatory effects.

So, what are the benefits of turmeric CBD oil, and what is the best way to use it? Here’s our complete guide.

What Is Turmeric CBD Oil?

Both turmeric and CBD come from plants with a long list of impressive qualities. Turmeric CBD oil blends the two into one convenient product with a wealth of potential benefits. 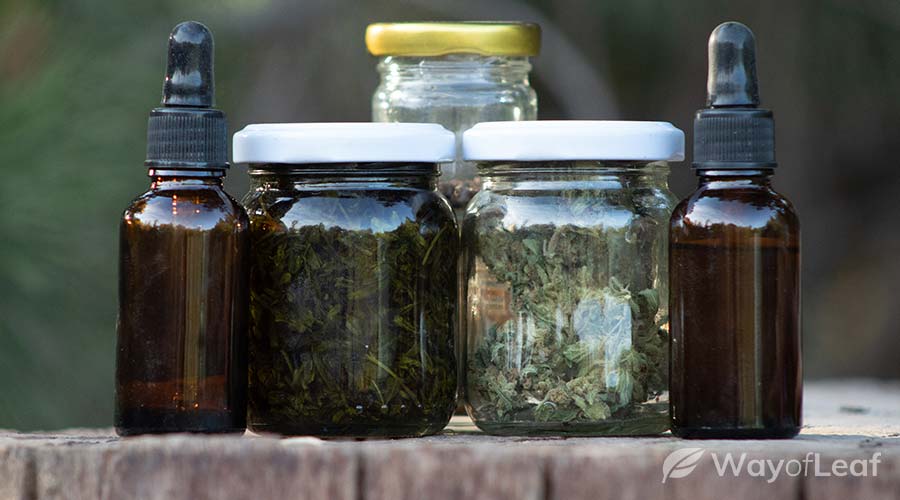 To better understand what turmeric CBD oil is and why people use it, let’s look at each ingredient in detail.

Turmeric comes from the root of a plant called Curcuma longa. Humans have used it for millennia, both as a culinary spice and medicinal herb. It has a deep golden color and a rich, earthy taste.

It is native to the Indian subcontinent, where it is a popular ingredient in curries and traditional Ayurvedic medicine. The plant also features heavily in the healing traditions of many other Asian countries.

Turmeric contains over 100 different compounds. However, one that truly stands out is a chemical called curcumin. Research has shown that curcumin has numerous positive effects on human health, including anti-inflammatory and antioxidant properties.

Over 3000 publications exist on turmeric to date, making it one of the best-studied natural remedies around. It appears to provide benefits to people with a range of medical conditions and healthy individuals alike.

Cannabidiol (CBD) is just one of the many active ingredients of Cannabis sativa plants, including marijuana and hemp. It is best known as the non-intoxicating counterpart to THC, providing benefits without a high.

Like turmeric, humans have used cannabis for its medicinal properties throughout history.

However, it became illegal during the 20th century, severely hindering research into its benefits. Fortunately, the situation is steadily improving, and studies are trickling through regarding both THC and CBD’s effects.

Research has revealed that the compound has potent antioxidant and anti-inflammatory properties. It is also neuroprotective, and proponents claim it can assist in a range of conditions, including anxiety, epilepsy, and pain.

Now that CBD is becoming more popular, many companies are trying to cash in. However, it takes a lot to stand out in such a crowded market place. This is why some brands are now combining their CBD oil with turmeric.

So, what is turmeric CBD oil good for? Let’s take a look.

What Is Turmeric CBD Oil Good for?

Turmeric and CBD oil share many of the same properties, although they work in different ways. Here are some of the most notable turmeric CBD benefits:

Probably the best-known effect of both CBD and turmeric is their mutual ability to quell inflammation. This makes the two substances highly desirable, as inflammation is the root cause of many ailments. It causes everything from the acute pain and swelling that occurs after an injury to chronic conditions like arthritis and eczema.

Inflammation also contributes to many long-term health problems, including heart disease, diabetes, and Alzheimer’s disease. Therefore, reducing inflammation is one of the best ways to stay healthy as we age. Could CBD and turmeric help?

A 2020 publication for the journal Antioxidants explains that CBD reduces inflammation via several distinct physiological pathways. Therefore, it shows potential in the treatment of a wide range of conditions. They include arthritis, cardiovascular disease, diabetes, Alzheimer’s, and skin diseases, to name a few.

These findings mean that anyone wishing to tackle inflammation naturally could benefit from taking turmeric CBD oil. However, more research is necessary to confirm exactly how the two components work together and to what degree they can help.

Another common reason why people take CBD is to reduce anxiety. Several studies, such as this 2015 review for Neurotherapeutics, support this use. It states that CBD “has considerable potential” to relieve several different types of anxiety, including generalized anxiety disorder, panic disorder, obsessive-compulsive disorder, and PTSD.

While people do not generally associate turmeric with reducing anxiety, it may have beneficial effects. A 2015 study for the Chinese Journal of Integrative Medicine looked at the effects of curcumin on 30 obese participants with anxiety and depression. It found that, after a month of treatment, curcumin reduced anxiety scores significantly. It is also unclear whether these results would be replicated in non-obese subjects, thus warranting further study.

Turmeric CBD oil may also offer benefits to healthy individuals. Its antioxidant and anti-inflammatory properties mean that it could help to maintain general well-being and stave off disease.

There is a lack of research exploring the precise effects of CBD and turmeric on healthy volunteers. However, there is some evidence that CBD could reduce blood pressure and relieve stress.

Meanwhile, turmeric appears to have a diverse range of effects on healthy people. A 2012 study for Nutrition Journal looked at the effects of curcumin on healthy, middle-aged volunteers. It found that the compound positively influenced several markers indicating cardiovascular and cognitive health.

The researchers concluded that curcumin “produced a range of potentially health-promoting actions in healthy middle-aged people”.

How Do You Use Turmeric CBD Oil?

Consumers can use turmeric CBD oil in the same way as any other CBD tincture. The most effective method is to place a few drops under the tongue and hold it there for around a minute before swallowing.

Doing this allows the compounds to absorb into the bloodstream via the sublingual veins. It reduces the need for the oil to pass through the digestive system, where many beneficial compounds are lost.

To derive maximum benefit, there are a few other factors to take into account. Here’s how to choose the best CBD oil with turmeric.

What Is the Best Turmeric CBD Oil?

Unfortunately, both CBD and turmeric have low bioavailability, meaning that the body cannot absorb them easily. However, there are several ways to combat this.

Firstly, both curcumin and CBD are lipophilic, meaning they need some fat to help them absorb. Luckily, taking these compounds suspended in an oil automatically makes them more bioavailable. Different manufacturers use different oils as the base for their turmeric CBD oil. MCT oil is a popular choice as experts consider it to have one of the best absorption rates.

Secondly, CBD oils tend to come in three different varieties: full-spectrum, broad-spectrum, and isolate. Full-spectrum CBD contains a host of other cannabinoids and terpenes in addition to CBD, including traces of THC. Many people believe that it is the most effective option as these compounds work synergistically, a phenomenon called the entourage effect.

At the other end of the scale, CBD isolate contains almost pure CBD. Broad-spectrum falls somewhere between the two, as it includes a range of phytochemicals but no THC. The best type of CBD really boils down to personal preference. However, full-spectrum products potentially have an edge.

Explaining the difference in s…

Finally, for maximum benefit, choose a CBD oil with turmeric and black pepper. Black pepper is a bioenhancer and contains a chemical called piperine. A 1998 study for Planta Medica suggests that piperine enhances curcumin’s bioavailability by an incredible 2000%!

CBD and turmeric are both relatively safe with a low risk of side effects. However, a small number of people experience adverse reactions, especially when taking high doses.

The most common side effects of CBD include:

Therefore, it is always best to start with a minimal turmeric CBD oil dose and build it up gradually over time. This can reduce the risk of side effects and also save money as it stops consumers from taking more than necessary to get results.

To learn more, check out our complete CBD dosage guide.

Turmeric CBD oil combines the healing effects of two of nature’s most medicinal plants. It has powerful antioxidant and anti-inflammatory properties, meaning it could benefit a wide range of diseases. It also has the potential to promote general well-being in healthy individuals.

To get the most out of CBD oil with turmeric, look for products with a full range of cannabinoids and terpenes. The addition of black pepper will also mean that the body can utilize as much of turmeric’s curcumin as possible.

It is also essential to choose a reputable brand that provides lab reports and has clean extraction methods. This will ensure that the product contains everything it should and no contaminants, such as pesticides or solvents.

Finally, anyone in any doubt about whether turmeric CBD oil is safe for them should consult a physician before use.

CBD-Infused Clothing Is Here – Is It Worth Your Money?

Is it as good as it sounds?

CBD Honey: What Is It Good For?

CBD Chamomile Tea: What Are the Benefits?

Things to know before you buy

Smokable Hemp Flower: Is It a Good Way to Take CBD?

What are the pros and cons?

CBD Suppositories: Should You Be Trying Them?

CBD Vape Pods: Everything You Need to Know

Transdermal CBD Patch: How They Work and Where to Buy One

CBD Water: Is This “New” Technology Worth It?

CBD Toothpicks: What They Are and How to Use Them

Worth the money, or just hype?

2
4 min read
Join the discussion
TOC
Premium
Your subscription has ended
If you love cannabis and appreciate our content, join WayofLeaf Premium today and receive:
Best of all, part of your membership fee will go towards helping to legalize cannabis.
Go Wayofleaf Premium
No thanks, I can't afford it
I already have an account
×
Login in to your premium account