Is It Legal to Mail CBD Oil? [Here’s What the Laws Say]

While it is frustrating for marijuana advocates that the plant is federally illegal in the United States, the law is clear. It is also straightforward in most states that permit medical marijuana or recreational use of the substance.

However, it is a different story concerning CBD. The non-intoxicating cannabinoid found in hemp and marijuana is also not federally legal. Yet the 2018 Farm Bill removed hemp (but not CBD) from the Controlled Substances list as long as it contains a maximum of 0.3% THC.

The 2018 Farm Bill removed hemp from the Controlled Substances list as long as it contains a maximum of 0.3% THC.

On the plus side, most states have opted to at least tolerate the use of hemp-derived CBD with a few rule changes in a handful of states. However, there remains confusion over whether it is legal to transport CBD across state lines. We know it is illegal to do so with marijuana, but what about low-THC CBD oil?

You might think it is a simple answer since online CBD brands ship to different states. However, as this article outlines, it is a slightly tangled web.

Technically, CBD is not legal in all 50 states, even though they all permit industrial hemp cultivation. Until recently, laws in Nebraska, South Dakota, or Idaho, suggested that cannabidiol is illegal. These days, Idaho still only allows CBD with a maximum THC content of 0.1%, while Kansas’s THC threshold is 0.0%.

One could say it is illegal to mail or use CBD in one of these states. However, in this instance, it seems as if federal law supersedes the obscure rules of individual states. Yes, you could end up in jail for using cannabidiol, but enforcement of the law is practically non-existent, although there are a handful of exceptions.

In theory, there is cause for concern. In practice, authorities in states such as Nebraska talk a good game, but in reality, there are CBD stores all over the place!

Therefore, when companies claim that CBD is “legal in all 50 states,” they do so because of the lack of follow-through when it comes to cannabidiol arrests. Proponents of transporting CBD across state lines have more than one leg to stand on.

The 2014 U.S. Farm Bill legalized the cultivation and commercial sale of hemp and hemp extract (including CBD oil). At that time, however, you had to grow it as part of a government pilot program for academic or research purposes.

Even at that point, hundreds of companies selling CBD were not operating as part of such a program. They shipped their products nationwide to all 50 states with practically no consequences.

The Farm Bill of 2018 went much further and legalized hemp cultivation and declassified it as a Schedule I controlled substance. The new law defined ‘hemp’ as the Cannabis sativa L. plant and any part of the plant with a THC concentration of no more than 0.3%.

Interestingly, the FDA has confirmed that adding CBD to food products or dietary supplements is illegal. This is because cannabidiol is an active ingredient in an FDA-approved drug, and it is not allowed a nutritional supplement or food supply designation. 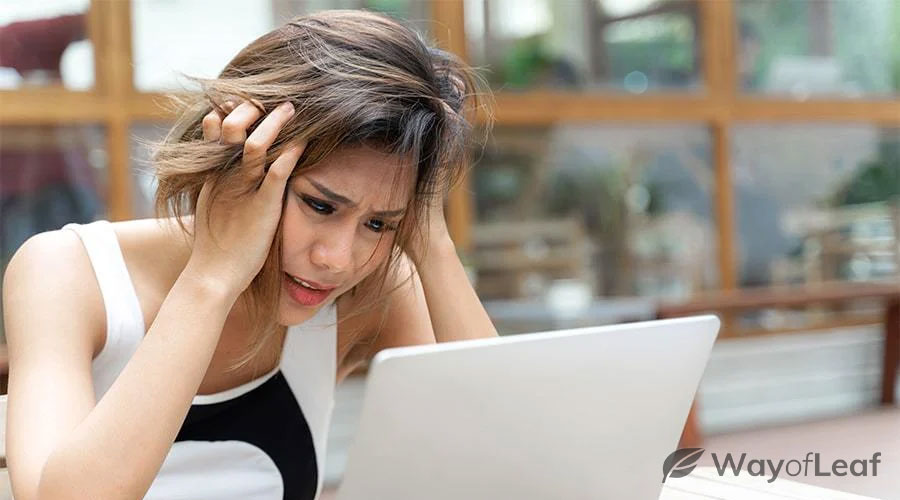 Furthermore, according to the FDA, any product marketed with a therapeutic claim must have the Administration’s approval before being introduced to interstate commerce. This suggests that mailing CBD oil is legal, as long as you don’t make any claims about its ability to heal. Companies that sell CBD oil across the United States are shielded from legal issues if they stick to the facts and educate prospective customers.

Before the 2018 Farm Bill became law, the DEA admitted that it wasn’t trying to crack down on CBD sales. In July 2018, a spokesperson for the agency, Rusty Payne, attempted to clarify its stance and said the following:

“I think people think [CBD] is high on [the DEA’s] priority list right now. It is not.”

Even at that stage, the DEA realized that CBD was not killing people. Since the Farm Bill became law, cannabidiol is even lower down on the DEA’s list. The fact is: hundreds of CBD companies sell the compound and transport it across state lines every single day. Aside from the occasional anomaly, you don’t hear stories of online stores, in particular, closing down due to law enforcement interference.

The United States Postal Service (USPS) tried to clear up some of the confusion in March 2019. It confirmed that hemp products are legal to mail under certain circumstances because the plant isn’t a federally controlled substance. The USPS said it had received many inquiries from companies and individuals about mailing CBD on its Postal Bulletin.

You don’t need to present the documentation when you mail the CBD. However, the agency can request it at that time or any date in the future.

This update comes several months after the USPS was embroiled in a legal battle for improperly seizing hemp-derived CBD. The case in question was KAB, LLC v. United States Postal Service. In September 2018, the administrative judge found that:

The USPS update acknowledges that the 2018 Farm Bill is law. Once the Federal Government implements the code correctly, the agency says it will “modify the mailability criteria for CBD and cannabis products.”

In a nutshell, it is LEGAL to ship CBD oil across state lines. That is, as long as it comes from hemp and has a maximum THC content of 0.3%. As outlined above, there are some states where the THC limit is even lower, so make sure you check the state’s rules before shipping the CBD.

Can You Mail CBD Oil?

Yes. Even private couriers such as FedEx, DHL, and UPS permit the mailing of CBD oil derived from hemp. Senders of such products via USPS must ensure they provide the documentation outlined by the service in March 2019.

Apart from that, and ensuring you protect the glass containers, mailing this form of cannabidiol is a breeze. Once you package the product, drop it off at a FedEx/UPS store or your nearest post office.

While it is perfectly okay to ship CBD oil, we can’t say the same for every product.

Can You Mail CBD Gummies?

This is a tricky one to answer, given the FDA’s stance. Remember, the Administration says that it is illegal to add CBD to human or animal food, and therefore, CBD food and beverages are technically illegal.

Indeed, a few states don’t allow CBD in food, although the law is far from clear even in these locations. Even so, top-rated CBD brands regularly mail CBD gummies to customers in virtually every state.

As is the case with CBD in general, local, state, and federal law enforcement have little appetite for enforcing a law that has left many people feeling confused!

Can You Mail Other CBD Products?

As per the information above, mailing CBD beverages is technically prohibited. There appear to be no laws surrounding CBD topicals or leftfield products such as bath bombs. However, you will encounter issues sending raw hemp across state lines even if it stays below the THC threshold. This is a surprise since hemp itself is no longer a controlled substance! Both FedEx and UPS don’t allow the shipping of raw or unrefined hemp plants.

Things are even clearer when it comes to CBD vape products. In October 2021, the USPS released its final ruling regarding the mailing of vaping devices and products, including items containing hemp or marijuana derivatives.

Due to the PACT Act, UPS, USPS, and FedEx announced they would no longer ship vaping products for home delivery.

It came after the federal government introduced the Prevent All Cigarette Trafficking (PACT) Act, which was signed into law along with other legislation in December 2020. The PACT Act introduced a series of rules, so UPS, USPS, and FedEx announced they would no longer ship vaping products for home delivery.

Shipping CBD Oil Internationally: What You Need to Know

There is even greater complexity in shipping internationally, which is why so many American-based CBD brands, such as Joy Organics , don’t bother at present. Certain countries permit CBD importation but with lower THC levels. For instance, United Kingdom rules dictate that the maximum THC content for hemp-derived CBD is 0.2%.

Even though Canada allows recreational marijuana, it still wraps American CBD sellers in red tape if they try to sell their products north of the border. Indeed, the bureaucracy involved puts off most CBD companies who view breaking into the Canadian market as more trouble than it’s worth.

While CBD is legal in dozens of countries, it is currently prohibited in several locations, including:

There are also many nations where CBD remains stuck in an even murkier gray area than the United States and others that only permit medical use of the cannabinoid.

Is It Legal to Mail CBD Oil? Final Thoughts

The 2014 and 2018 Farm Acts suggest that mailing lawful hemp and CBD is legal. It doesn’t matter whether they have the documentation specified by the USPS. On the plus side, the postal service is developing a method of ensuring that it seizes fewer packages.

Ultimately, the gap between federal and state law makes everything more confusing than necessary. Yet, realistically, if reputable brands such as  PureKana believed it was illegal to mail CBD oil, they wouldn’t risk shipping to so many states.

The authorities in most states exercise common sense. The time and expense of enforcing such an absurd law are enormous, and most agencies are content to use their resources elsewhere. However, few delivery services allow the shipping of CBD vaping products, so many sellers have stopped offering them.

If you live in a state where CBD is technically illegal, you may need to exercise caution. Even so, you’ll find that most CBD sellers ship to almost every state. Why? Because they are confident of avoiding legal consequences.

Related article
Is It Illegal to Grow CBD Plants?

Can CBD Oil Cause Itching? [Explained]

Could CBD Boost Your Sports Performance?

It is the ultimate sports supplement?

CBD Nanotechnology: Is It a Real Thing?

How well does the latest CBD trend really work?

15
10 min read
Join the discussion
TOC
Premium
Your subscription has ended
If you love cannabis and want to support our site, join WayofLeaf Premium today and unlock
Best of all, part of your membership fee will go towards supporting the fight to legalize cannabis.
Sign Up for WoL Premium
Not now
I already have an account
×
Log in to Your Premium Account