One of the main draws to using CBD oil in recent years has been the reputation of how safe it is. In 2017, the World Health Organization made their stance on the compound very clear. They suggest that in addition to possessing a “good safety profile,” CBD has “no public health problems” when taken as a pure extract from the cannabis plant (including both hemp and marijuana varieties).

However, if you know your chemistry and/or toxicology, you’ll know there is a fatal cutoff point somewhere. All chemical substances, in fact, are potentially lethal if taken in a high enough dose. Even water can be fatal to humans if we consume too much within too short a time.

Moreover, given the fact that Epidiolex (a CBD-based epilepsy drug) just became the first ever natural cannabis medicine to gain FDA approval, more and more individuals are curious as to what the toxicity level of CBD oil is. In other words, how much CBD oil would it take to kill you?

In this article, we aim to answer exactly that question.

First Things First: What Is Toxicity?

All approved by the FDA medicines are required by law to produce a measurement called LD50, which stands for “lethal dose”. The lethal dose or LD50 is measured as the quantity of any given substance that would kill 50% of test subjects with a specific dose. of any given chemical compound is the amount that it would take to kill 50% of test subjects at a certain dose. A number of animal species can be utilized to establish the LD50 of a substance, but typically female rats are the default option because, according to the FDA, female rats seem to be more sensitive than males to the effects of potential toxicity. 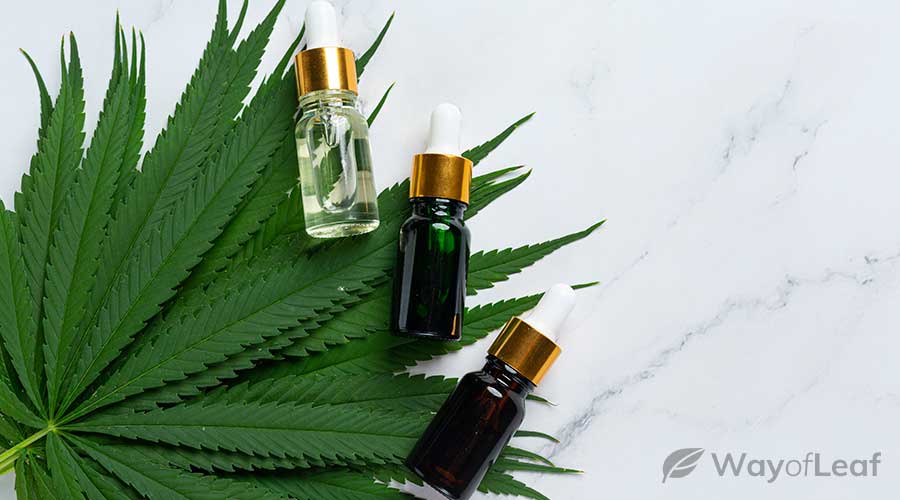 For clarification, FDA-approved medicine clinical trials are not required by law to disclose an LD50, but there does have to be distinct pre-existing scientific evidence establishing some level of toxicity for the medicine in question.

One such example is Epidiolex, which did not disclose an LD50 nor a human toxicity level for its primary component CBD, but there have been numerous other studies that have explored and examined the toxicity levels of both the cannabinoids cannabidiol (CBD) and 9-tetrahydrocannabinol (THC).

How Much CBD Would It Take to Kill You?

More recently, a 2011 article in Current Drug Safety observed toxic levels of orally administered CBD in rhesus monkeys. The results were as follows:

For comparison, a reasonably average-sized human might weigh around 75 kg (approx. 165 lbs). At this weight, our calculations show it would require approximately 18,750 mg (18.75 g) of CBD consumed within a very short amount of time to result in any potentially fatal effects. For reference, typical CBD oil users consume no more than 100 mg of the compound – and that’s for one entire day.

Other Interesting Facts on Cannabis Toxicology

Perhaps even more interesting than these figures are the toxicology figures that have been determined (or have had attempts to be determined) for other natural cannabis compounds including whole-plant marijuana.

In Toxicology Communications, a 2018 report expressed an LD50 for “crude marijuana extract” in beagles (a species of dog) was unattainable as even doses greater than 3,000 mg per kg of body weight did not result in any fatalities.

What Does the Data Mean?

If one examines these reports, estimates show an LD50 for marijuana extract would be larger than 10,000 mg per kg of body weight in primates.

Finally, the FDA’s “8-Factor Analysis on Cannabis” highlights the Americans for Safe Access (ASA) claim that there is no known LD50 for any form of cannabis in humans. This includes any of its major component extracts.

The report emphasized the fact that for years, researchers have been unsuccessfully attempting to determine a consistent LD50 rating for cannabis in animals. One statement in the report claimed that “researchers have continuously been unable to give animals enough natural cannabis to induce a death.”

By current ASA estimations, in fact, a marijuana smoker would have to consume 20,000 to 40,000 times the amount of cannabis in a standard marijuana cigarette (defined by the National Institute on Drug Abuse to be 0.9 g) to experience any potentially fatal consequences. For reference, this would be approximately 1,500 lbs of cannabis within a 15-minute period to induce a “theoretically lethal response.”

To be clear, there is no precisely-identified lethal dose of CBD oil in human beings. The compound is a safe and non-addictive substance, as highlighted by WHO and other organizations. Furthermore, it can have profound therapeutic effects on a variety of physiological conditions.

That said, it is always wise to speak with a doctor before adding CBD into your healthcare routine. CBD inhibits cytochrome p-450 enzyme activity, which may affect how certain medications metabolize in your body. Use CBD responsibly, exercise safety and caution, and your body will thank you in the long run.

Also, be sure and do plenty of research with regard to finding a quality CBD product. The FDA does not regulate CBD manufacturing or labeling processes. As such, there are plenty of substandard products out there in terms of quality. Take your time, read plenty of reviews, and find a reputable product before using.

CBD oil for your furry friend

Where to Buy CBD Oil Near Me – Your Updated 2022 Guide

CBD Bath Bombs [What They Are and How to Use Them]

Are they worth the buck?

10 Unique Ways to Cover the Taste of CBD Oil

It's a trick question.