Snozzberry Strain Review: You Might Snooze After Using It!

Written by John Killerlane, B.A., HDip
3 min read
0 comments
Read Later
All information on this website is for general informational purposes only and is not intended or implied to be a substitute for professional medical advice, diagnosis or treatment.
Snozzberry Strain Review Overview
With its delicious aroma and flavor, the Snozzberry strain is the perfect after-dinner treat for cannabis lovers. Great for relaxing and unwinding and also for addressing inflammation and pain, Snozzberry is a go-to strain for both recreational and medicinal marijuana consumers. 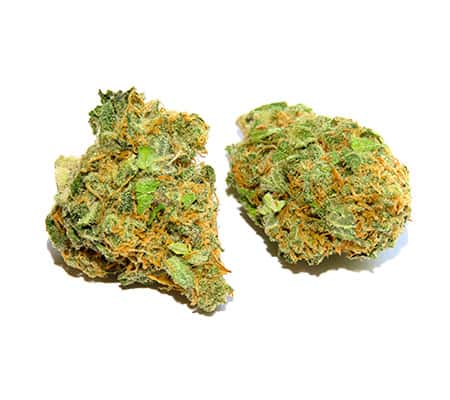 Fans of Roald Dahl’s hugely popular children’s book, Charlie and the Chocolate Factory, or the classic 1971 movie starring Gene Wilder, may recognize this strain’s name, Snozzberry. (Even this strain’s breeders, Alphakronik Genes, categorize the Snozzberry strain as part of its “Wonka” series on its website).

There are several less than pleasant theories about the origins of the word Snozzberry, one being that “schnoz” is slang for nose in the U.K., so you can imagine what a Snozzberry might be if this is what Dahl meant.

What Is the Snozzberry Strain?

Snozzberry, also known as Snozz Berry, is an almost entirely indica strain (90%) with incredibly relaxing effects. Many fans of this strain describe it as the perfect after-dinner treat due to its delicious flavor, uplifting high, and ultimately soporific effects. 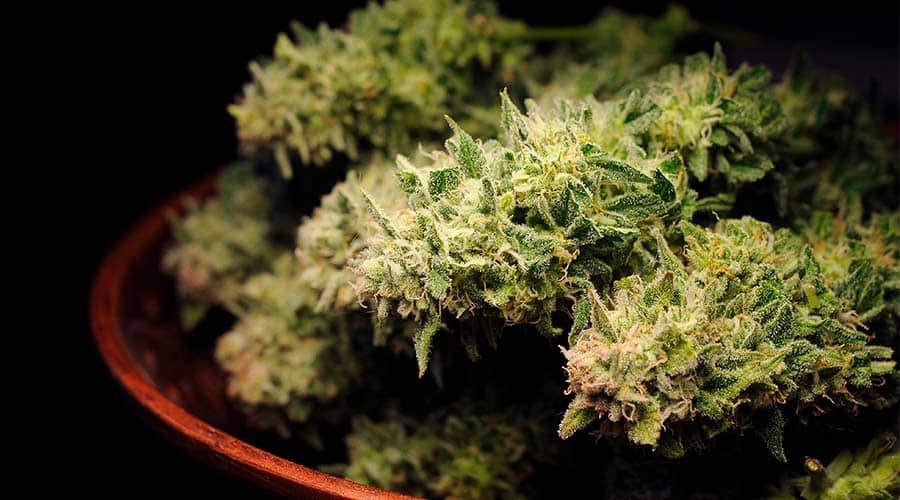 Most say that as the evening progresses and Snozzberry’s full-on body effects have completely taken hold, they feel so relaxed that they become sleepy. So, if you plan on trying out this hybrid for yourself, it is best to do so when you have a free evening to relax and unwind before retiring for the night.

There is a detectable fragrance of one of Snozzberry’s parents, Super Snow Dog, in this hybrid’s aroma, but also notable hints of lavender and jasmine.

Most Snozzberry fans say that beyond its effects, its flavor is one of its standout features, with the sweet fruitiness of grapes and berries and hints of spiciness.

A mature Snozzberry plant has tapered, spade-shaped, olive green nugs with purple tints. The pistils are dark amber and contrast nicely with the beautifully frosted appearance of its resinous trichome coating.

There isn’t much growing information specific to this strain in the public domain other than it is considered moderately difficult to grow. 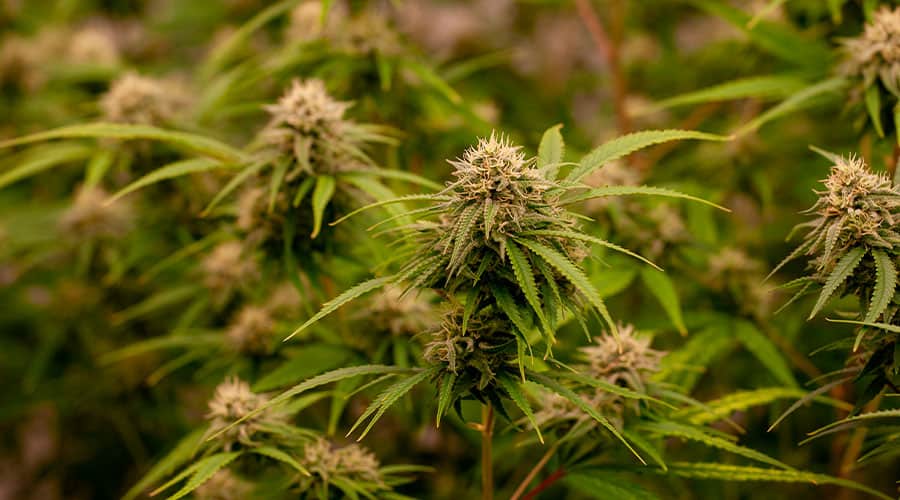 However, there is some info from experienced Snozzberry growers regarding its flowering period. Snozzberry’s indoor flowering period is between 50-57 days, and indoor cannabis cultivators say that they can achieve yields of between 12-15 ounces indoors when growing Snozzberry in nutrient-rich soil.

Those who choose to grow the Snozzberry strain outdoors can expect to harvest their plants after about 66 days. The outdoor yields are generous, typically between 15-18 ounces per plant.

The Snozzberry strain contains a relatively moderate THC level, typically around 17.5% on average. Tests show, though, that this hybrid can contain up to 19% THC.

The highest CBD content recorded in a Snozzberry strain sample is believed to have been 0.69%. However, lab tests show that Snozzberry can contain less than this, in some cases, as little as 0.37%.

Purple Urkle is a cross of Grape Ape and the classic indica strain Granddaddy Purple. With such incredible genetics in its lineage, it’s easy to see why so many people are impressed by the Snozzberry strain.

Medical Benefits of the Snozzberry Strain

Despite being a relatively low CBD strain, Snozzberry has some purported medical benefits, mainly derived from its unique terpene profile.

The Snozzberry strain likely contains caryophyllene, as this hybrid is renowned for its sedating effects. In fact, many medicinal users say that they consume this strain to address sleep disorders such as insomnia.

Given the anti-inflammatory properties of the Snozzberry strain’s most dominant terpenes, it is unsurprising that many report using this hybrid to address inflammation and to alleviate pain.

As Snozzberry has calming and uplifting effects, it may help people with mood disorders such as anxiety and depression.

Possible Side Effects of the Snozzberry Strain

Final Thoughts on the Snozzberry Strain

The Snozzberry strain is a great evening time strain for those looking to relax and unwind after a busy day. It has a relatively moderate THC level of between 16-19%, so most should not find the Snozzberry strain too overwhelming when consumed in moderation.

Medicinal users say that the Snozzberry strain can help address inflammation, pain, and insomnia. If you decide to try this strain, it’s best to go low and slow to see how you tolerate its effects.

Biscotti Overview Biscotti is a sweet strain perfect for dessert lovers. It’s a strain you should certainly try if you’re seeking a relaxing strain you can use to unwind. It’s relatively new, too, but not one you should miss. Flavors Cookies (Girl Scout Cookies)DieselSweetVanilla Common usage AnxietyChronic painDepressionStress Effects EuphoriaHappyRelaxationSocial Growing info Biscotti does not […]