Written by Tiannah Pedler, M.A.
4 min read
0 comments
Read Later
All information on this website is for general informational purposes only and is not intended or implied to be a substitute for professional medical advice, diagnosis or treatment.
Slurricane Cannabis Strain Overview
Slurricane is an indica-leaning strain with a beautiful berry flavor. This sweet strain is perfect for users seeking a relaxing, uplifting experience. It has true indica effects that will have users melting into the couch and sinking into a soft sleep, which is why it is often used for medical marijuana patients with insomnia and other related sleep disorders. 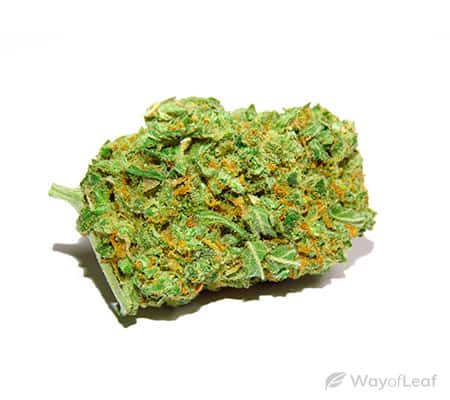 Indica-loving cannabis users will adore this delightful cannabis strain. With typical indica effects and a mouthwatering, fruity flavor to match, Slurricane is a strain you should definitely add to your list of options to try. Plus, it’s becoming increasingly popular, so chances are high that you’ll find it at your local dispensary.

What Is the Slurricane Strain?

Slurricane is an indica-leaning hybrid strain that’s becoming increasingly popular in the cannabis world. Upon inspection of its aroma, flavor, and effects, it’s easy to see why Slurricane is taking cannabis dispensaries by storm. 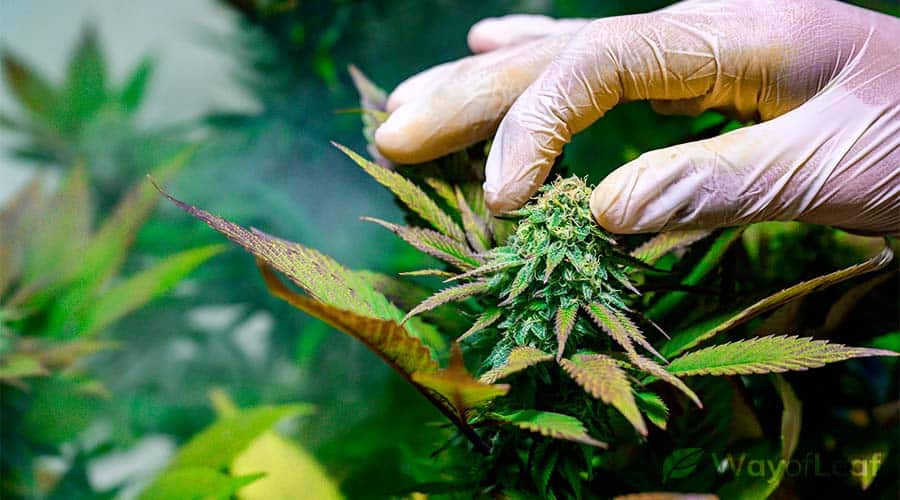 Despite being a popular choice, Slurricane is perhaps not the best choice for novice cannabis users. Its THC levels can reach up to 28%, packing a high dose for the uninitiated. Meanwhile, its CBD levels are virtually undetectable, leaving nothing to offset its psychoactive potency. The breeders, House Genetics, experimented with numerous phenotypes during its development.

There is lots to love about the Slurricane strain, ranging from its purple buds to its berry flavor. Meanwhile, the effects are sedating and uplifting. With its sugary taste and soporific effects, Slurricane is an evening strain through and through, best enjoyed as a dessert.

The odor and flavor of this strain are something to behold, and its appearance is also quite striking. It’s a popular strain for a reason!

Like most cannabis strains, Slurricane has an overwhelmingly earthy scent. The spicy, earthy overtones are accented by the scent of berries, hinting at what’s to come with the flavors. Breaking the nugs apart, you are likely to detect a little more of the berry scent, alongside strong herby smells.

The taste of this strain goes above and beyond its aroma. There are some earthy notes, but Slurricane is famed for its berry flavors. A melange of blueberries, blackberries, and grapes delight the tastebuds. With the sweet, sugary flavor and hints of herb, Slurricane can be compared to a refreshing blueberry tea. Users with a refined palate might also detect hints of vanilla and spice in the mix.

Slurricane produces large, round buds that are a deep olive green in coloration. However, there are noticeable violet specks scattered throughout the nugs, which gives Slurricane a unique appearance. The intensity of the purple coloration depends on the growing process. The fluffy nugs are rather attractive, so it’s no wonder they’re flying off the shelves.

Even for beginners, Slurricane is a straightforward strain to grow. Prospective growers can cultivate it both indoors and outdoors, producing similar yields.

Indoors, Slurricane produces around 14 to 16 ounces of bud per square meter planted. Outside, there may be up to a pound per plant. 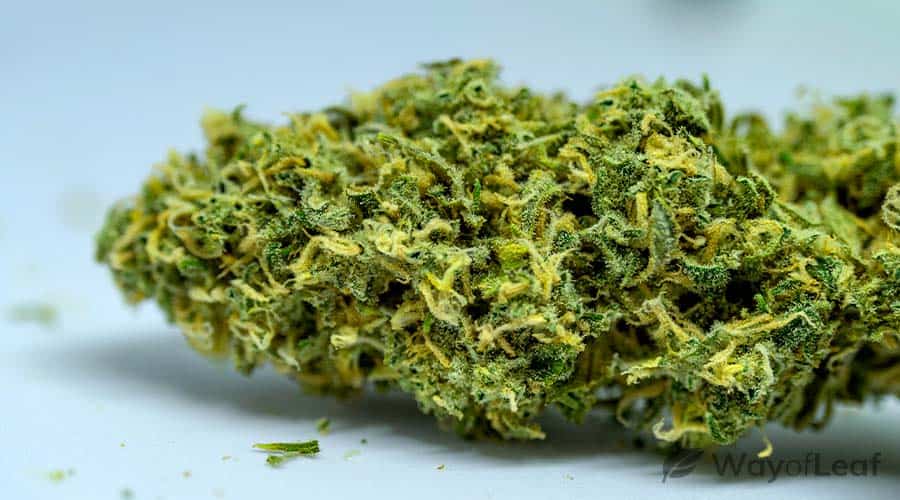 The only downside is the relatively long harvest time of around nine weeks. However, advanced growers may be able to shorten the growing time using stress training techniques.

House Genetics does partner with several online seed banks, but this particular strain is commonly sold out.

In general, Slurricane is a potent strain. It packs an average THC content of 24-28%, with some samples testing as high as 35%. Its potency means this strain is not for the faint-hearted, and users should exercise caution.

Most tests of Slurricane detect almost no CBD. With an average of 0%, it’s even more essential to exercise caution with this strain because there’s no CBD to offset the THC.

The effects of Slurricane stem from its hybrid nature, beginning with a hit of euphoria that transforms into a relaxing body high. The potential medical benefits are plentiful, with many users reporting that they employ this strain to combat anxiety.

The uplifting sensation can keep stresses and anxiety at bay, which is why many users take Slurricane after a long and stressful day. It’s not recommended to use it before an anxiety-inducing situation, though, because the high quickly becomes sedating.

Speaking of sedation, Slurricane is also commonly used for sleep disorders like insomnia. The relaxing, sleep-inducing effects can have you falling asleep in no time. Plus, if anxiety is the root cause of sleep troubles, Slurricane covers all the bases.

Finally, a relatively large portion of users say that Slurricane can help to ease pain. This is perhaps not surprising, given the tingling and relaxing body high. In particular, the indica-centric body high begins in the head and the base of the neck, which makes Slurricane an effective solution for headaches.

Possible Side Effects of Slurricane

All cannabis strains have potential side effects, and Slurricane’s potency means it’s one to watch. With a THC content that can approach 30%, all users should be careful regardless of experience level.

THC can cause some side effects such as anxiety and paranoia, which can be overwhelming. It’s best to take it low and slow with this strain to avoid these side effects.

Furthermore, Slurricane may cause drowsiness and induce sleep. If this was not your intention, then it could be classed as a side effect.

Finally, like all strains, some users may experience dry eyes and cottonmouth.

Slurricane is an excellent strain that’s increasing in popularity. Users adore it for its potent indica effects, delicious berry flavor, and relaxing body high. It’s also an easy strain to grow, though seeds can be hard to come across.

This is a fantastic strain to try at the end of an arduous day, because it can lift your spirits and lull you into a pleasant sleep.

Have you ever tried Slurricane? Let us know what you think in the comments below!

1
3 min read
Video
Join the discussion
TOC
Premium
Your subscription has ended
If you love cannabis and want to support our site, join WayofLeaf Premium today and unlock
Best of all, part of your membership fee will go towards supporting the fight to legalize cannabis.
Sign Up for WoL Premium
Not now
I already have an account
×
Log in to Your Premium Account