Written by Editorial Team
4 min read
0 comments
Read Later
All information on this website is for general informational purposes only and is not intended or implied to be a substitute for professional medical advice, diagnosis or treatment.
Russian Rocket Fuel Strain Overview
Russian Rocket Fuel packs a punch, with an intense diesel aroma and a full-bodied, sedating high. This highly potent hybrid also contains an explosive THC level that produces a soaring, spacey, euphoric high. 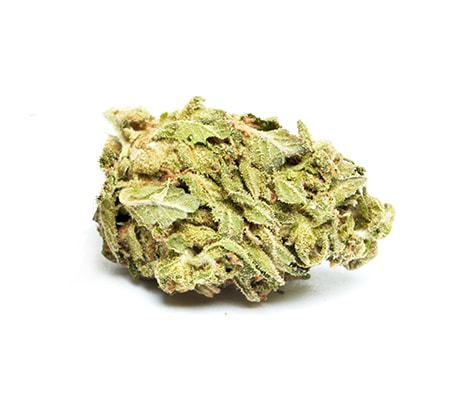 With a name like Russian Rocket Fuel, you might think that this strain was sent from Russia with love. However, this strain is by cannabis breeders, Shortstuff Seeds, based in Spain.

Russian Rocket Fuel’s name is likely down to its fuel-like aroma and potent effects. Let’s find out a little bit more about this explosive strain with an astronomically high THC content.

What Is the Russian Rocket Fuel Strain?

One of the standout characteristics of this strain is its exceptionally high THC level. 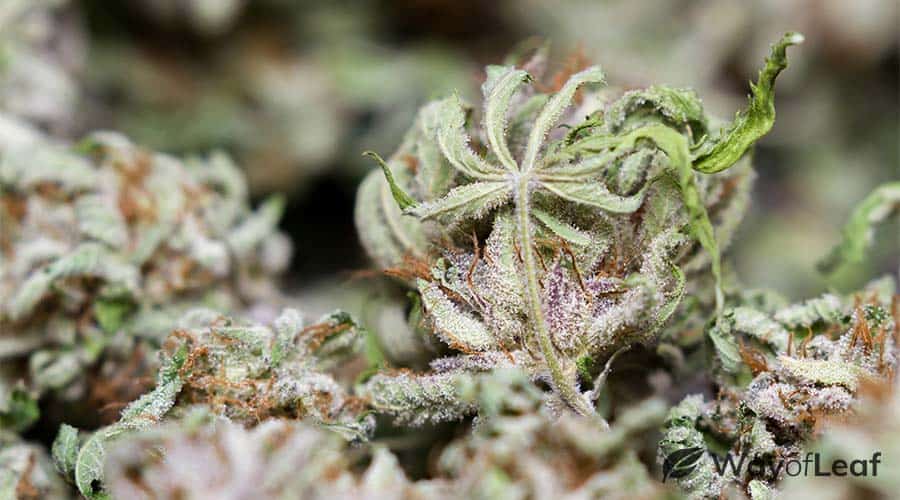 Users typically experience soaring energy levels and a euphoric, uplifting cerebral buzz. Coupled with this comes an increased motivation and a greater sense of focus for rocketing through life’s more mundane tasks.

However, be careful, as the old adage says, “what goes up, must come down.” Eventually, you’ll feel like you’re descending back down to earth and sinking deeper and deeper into a full-body stone. In this highly relaxed state, a feeling of drowsiness sets in, and as the evening wears on, a greater desire to sleep.

Some find that the Russian Rocket Fuel strain boosts their appetite too. To avoid snacking on junk food, why not quell the munchies with these healthier alternatives?

As you first inhale Russian Rocket Fuel’s thick smoke, your taste buds are consumed by a strong diesel flavor. A sweet, spicy taste eventually creeps its way through the harsh smoke and the overall pungent fuel flavor.

Russian Rocket Fuel plants can grow well both indoors and outside. When growing outside, a semi-humid climate is optimal. Consistent temperatures are also crucial for those looking to keep plants outside.

One downside to the Russian Rocket Fuel strain is that it’s low-yielding. According to Shortstuff Seeds, growers are looking at between one to three ounces per plant. Therefore, would-be growers of this strain would be better to consider their return in terms of quality rather than quantity.

Laboratory tests show that the Russian Rocket Fuel strain can contain an astronomically high 29% THC. Given its high THC content, it is entirely unsuitable for novices.

People who have previously experienced adverse reactions to other high THC strains should likewise avoid this potent strain.

The actual CBD content of Russian Rocket Fuel is unknown. However, it is likely to be less than 1%, given its exceptionally high THC content.

Russian Rocket Fuel’s uplifting effects may also provide a temporary mood-boost to people with depression. Some Russian Rocket Fuel users say that they find this strain useful for addressing chronic pain and migraines.

Others say that the feeling of deep relaxation that the Russian Rocket Fuel strain instills makes it a great natural sleep aid. Therefore, some may find it useful for insomnia. However, given the nature of Russian Rocket Fuel’s effects, users would need to consume this strain earlier in the day. Doing so will allow the initial energizing effects to wear off and the sedating effects time to kick in.

Possible Side Effects of the Russian Rocket Fuel Strain

Russian Rocket Fuel is unsuitable for novices and people with a low THC tolerance given its potency. Adverse reactions to high-THC strains include paranoia, anxiety, and panic.

However, the most common side effects that people experience when smoking Russian Rocket Fuel is a dry mouth and dry eyes. Some may experience heightened paranoia, and it is essential not to over-consume this strain.

Russian Rocket Fuel is best-suited to early afternoon use, given the nature of its effects. Highly energizing and uplifting, to begin with, this strain’s sedating effects come more to the fore in its latter stages.

Given its incredibly potent THC content, the Russian Rocket Fuel strain is entirely unsuitable for novices.

Experienced cannabis consumers should also be careful with how much they consume to avoid experiencing some unpleasant adverse reactions.

What to love about this balanced hybrid