Written by John Killerlane, B.A., HDip
5 min read
0 comments
Read Later
All information on this website is for general informational purposes only and is not intended or implied to be a substitute for professional medical advice, diagnosis or treatment.
Princess 75 Strain Overview
Princess 75 produces an energetic high with a heady buzz. Some find this strain useful for chronic fatigue, arthritis, and back pain. This strain needs a lot of nurturing and observation for a successful harvest. It may not be the best option for novice growers. 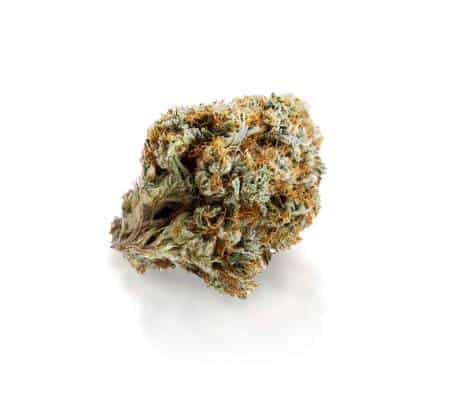 Princess 75 is a creation of Mr. Soul, the legendary cannabis cultivator and founder of the Brothers Grimm Seed Company. Mr. Soul recalls buying a 2g bag of Jack Herer buds in the Sensi Smile café in Amsterdam. Despite being told that the buds were sinsemilla (without seeds), he says that he was “pleasantly surprised to find about a dozen seeds in the bud.”

Mr. Soul chose a half dozen of these seeds to try and grow. He says, “of the six seeds that I attempted to germinate, every one was successful, and I got a 50% male/female ratio.”

Read on to find out more about what happened next and how the Princess 75 strain came into being.

What Is the Princess 75 Strain?

The successful germination of those six seeds ultimately led to the creation of the Princess 75 strain. Mr. Soul describes the breeding process he went through as follows:

However, Mr. Soul didn’t stop there; he went on to create some more successful strains, including:

Cinderella 99 and another crossbreed of the Princess 75 strain, namely the Apollo 13 cannabis strain, have become successful strains in their own right. 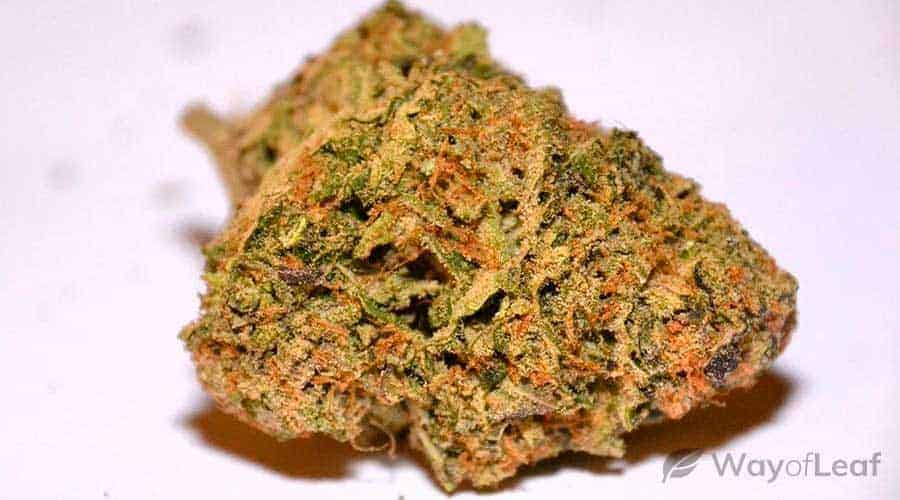 Both the Cinderella 99 and Apollo 13 strains were featured in High Times magazine articles. According to Mr. Soul, they were listed as “being among the top 10 most favored varieties of all time.” Both strains have been used by other breeders to create numerous award-winning hybrids.

The Princess (Jack Herer) strain has a powerful high, which has been described as being almost psychedelic. One downside is that it is known to lead to feelings of paranoia if over-consumed. Likewise, Princess 75 is very heady and overwhelming due to both the cerebral nature of its high and its potency.

Smokers of the Princess 75 strain describe its effects as 80% cerebral and 20% physical.

Smokers of the Princess 75 strain describe its effects as 80% cerebral and 20% physical. It produces a strong, potent, and energetic buzz, making it only suitable for daytime use. Many Princess 75 reviewers rate its potency as 8 or 9 out of 10.

Princess 75’s THC level can range between 15-23%, making it a pretty potent cannabis strain. Its intoxicating effects tend to last for around three hours, but this varies depending on how much you consume.

The Princess 75 strain has a rather unusual fragrance, which has been described as being funky, meaty, earthy, and hashy. Smokers of this strain say that you can also detect a slight, subtle, tropical, citrusy aroma.

The aroma of the Princess 75 strain gives a pretty good indication of how it tastes. It has an earthy and hashy flavor, as well as a mildly tropical pineapple-like flavor.

The smoke is said to be very creamy, and Princess 75 consumers rate it at 8 out of 10 for smoothness.

A mature Princess 75 plant will grow to about 51 inches on average. It has a heavily frosted appearance due to a generous coating of resinous trichomes. Bright orange pistils grow copiously and prominently among the light green buds.

A Princess 75 cannabis plant is rated as moderately difficult to grow. It may be a little too challenging to grow for a novice. There are more straightforward strains out there to begin your cannabis cultivating career.

This strain can be grown indoors and outdoors. It does particularly well when grown indoors in soil and when fed with organic nutrients. Experienced Princess 75 growers say that it remains quite small in the vegetative stage and isn’t a particularly heavy feeder.

In terms of lighting, an 8 bulb T5 grow light setup has produced pretty amazing results for Princess 75 growers. The number of plants that you are growing will determine how many bulbs you need for your grow setup.

(Note – A T5 grow light is a fluorescent light. The T stands for “tube-shaped,” and 5 refers to the fact that it is 5/8 inch in diameter.)

One of the big pluses about the Princess 75 strain is that it flowers very quickly, around the 55-day mark. This strain is ready for harvesting by mid to late September if you are growing it outdoors.

A Princess 75 plant produces a very generous yield, too. Indoor growers of this strain can expect between 12-16 ounces per square meter. If you are growing this plant outdoors, you can expect a return of about 16 ounces per plant.

Experienced growers of the Princess 75 strain recommend that you cure the buds after harvesting for even better results. Begin by drying the buds. You can do this either by hanging them upside down or placing them on a drying rack for 7-10 days.

The buds must be completely dry to prevent them from developing mold during the next stage of curing. When the buds are completely dry, place them in an airtight container such as a wide-mouthed mason jar. Seal the lid tightly before storing them in a cool, dry place, such as a closet.

During the first week, it’s essential to open the lids of the jars at least three times a day for five to ten minutes. By doing this, you allow any moisture to escape and the buds to breathe. After the first week, you’ll only have to do this a few times a week to prevent mold from forming.

After two or three weeks, the Princess 75 buds will be sufficiently cured. You can continue to cure the buds for up to four to six weeks if you don’t mind waiting. You’ll get even better results and smoother smoke.

The highest known THC level recorded in the Princess 75 strain is believed to be 23%.

The highest known CBD content for the Princess 75 strain is believed to be 1%.

Medical Benefits of the Princess 75 Strain

The Princess 75 strain is said to have two main medicinal benefits. Consumers of this strain say that it is very effective at alleviating several painful conditions. Some of these include arthritis, muscular pain, and lower back pain, to name just a few.

Possible Side Effects of the Princess 75 Strain

Smokers of the Princess 75 strain say that the most common side effects that they experience are dry eyes and dry mouth. Princess 75 is known for causing red eyes, so you will find it hard to hide the fact that you’ve been smoking with this strain.

Princess 75 consumers also say that its intense energizing effects can cause racing thoughts and feelings of being overwhelmed. Some people say that this strain caused them to babble gibberish uncontrollably in the height of these racing thoughts.

Consumers say that its intense energizing effects can cause racing thoughts and feelings of being overwhelmed.

The Princess 75 strain is known to cause feelings of paranoia for those who have over consumed. Therefore, the potency of this strain and its intense, cerebral, and psychedelic-like effects make this strain unsuitable for novice smokers. Princess 75 is better suited to experienced cannabis smokers who know their limits and are accustomed to more potent strains.

Final Thoughts on the Princess 75 Strain

It is advisable to proceed with caution with this one, though, even if you are experienced. Some smokers have reported feeling paranoid and overwhelmed from overindulging on the Princess 75 strain.

What to love about this balanced hybrid