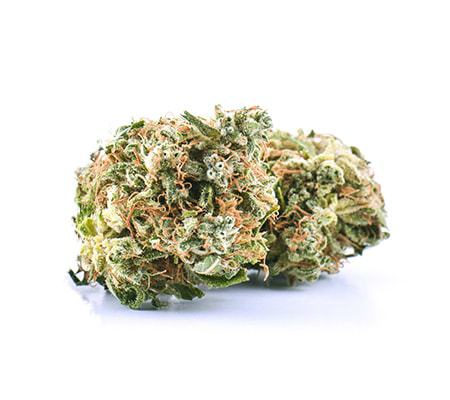 Nordle was the code-name that Howard Marks, a.k.a. Mr. Nice, used for hashish in the 1960s and 1970s. Marks, who passed away in 2016, is fondly remembered as a legendary figure in the cannabis world. He was a long-time advocate of the legalization of marijuana and worked collaboratively with cannabis breeders, Mr. Nice Seedbank.

Nordle is just one of the many strains this highly-successful seed bank produced. Read on to find out more about this exciting strain.

What Is the Nordle Strain?

The Nordle strain is a cross between two popular strains, Afghani and Skunk No.1. The resulting strain is an indica-dominant hybrid with a 60% indica: 40% sativa ratio.

Nordle is ideal as an afternoon strain as it relaxes your mind but does not leave you feeling sedated.

Nordle has an almost equal indica/sativa split that shines through in its effects. With Nordle, you get the relaxation that comes with an indica and the uplifting effects of a sativa.

Nordle’s mood-enhancing sativa effects are most dominant in the early stages. Most Nordle consumers say that its high is clear-headed and uplifting. As time passes, Nordle’s physical effects start to become more noticeable. A feeling of deep relaxation sets in, which is why many use Nordle to de-stress and unwind.

Nordle has quite a dank and pungent skunk odor as its predominant fragrance. However, it does have sweeter notes than dampen down these harsher smells and makes it somewhat more pleasant.

Is the Nordle flavor profile just as sweet and delicious as its aroma?

Nordle’s fragrance gives a good indication of its flavor. However, thankfully the more pungent skunk odor isn’t as strongly reflected in its taste. It is relatively mild and made more palatable by sweeter berry notes and a lingering spicy aftertaste.

Nordle plants grow to a medium height, allowing you to keep them both indoors and outside. Depending on how much you choose to trim your Nordle plants, they can take on a bushy appearance.

Nordle buds are on the denser side, showing their indica roots. They also have beautiful purple-green coloring to them. The buds are deep forest green at their base, but towards the surface, purple hues start to appear. The buds have a distinct cone shape.

The leaves on a Nordle plant have very similar coloring, with a mottled purple effect.

Nordle plants thrive in a Mediterranean-type climate. However, you can grow Nordle plants both indoors and outdoors. Experienced Nordle growers recommend a hydroponic setup for indoor growing to achieve the highest yields possible. However, a nutrient-rich soil growing medium is best for boosting Nordle’s terpene profile.

Indoor plants can take between 7-9 weeks before they are ready for harvesting. Healthy Nordle plants grown indoors produce a larger than average yield. These plants can produce between 18-26 ounces per square meter indoors.

Outdoor plants should be ready for harvesting between early to mid-October. A successful outdoor grow can produce up to 26 ounces per plant.

Medical Benefits of the Nordle Strain

Many medicinal consumers choose Nordle for its high CBD, low THC content. One of the main benefits of this strain is its intoxicating effects are generally mild.

Many use Nordle to manage pain, and for relieving muscle spasms. However, most say that Nordle’s primary health benefit comes from its deeply relaxing effects. The feeling of relaxation that Nordle instills may help those looking to de-stress and unwind.

The uplifting nature of Nordle’s early effects may offer temporary relief to those suffering from mood disorders like depression and anxiety.

Nordle may be a useful strain for those who have insomnia. While it does not have strong sedating effects, its deep body relaxation effects may help some to sleep.

Related article
5 Best Cannabis Strains to Get You TOTALLY Relaxed

Our top picks for relaxation…

Possible Side Effects of the Nordle Strain

The most common side effect that users experience when smoking Nordle is cottonmouth and dry eyes.

Other adverse side effects that users may experience include heightened anxiety, paranoia, and dizziness. While this strain has a low THC content, you still need to be careful not to over-consume Nordle to avoid these adverse reactions.

Final Thoughts on the Nordle Strain

Why you need to try this unique strain