Written by Editorial Team
3 min read
0 comments
Read Later
All information on this website is for general informational purposes only and is not intended or implied to be a substitute for professional medical advice, diagnosis or treatment.
Mother’s Milk Strain Overview
The Mother’s Milk strain just may be as nourishing as milk straight from the source. It offers a euphoric and energetic high, followed by increased focus and concentration. Perfect if you’re looking to get stuff done. In terms of flavor, it doesn’t taste like milk at all, but rather honey, vanilla, lime, and pine! 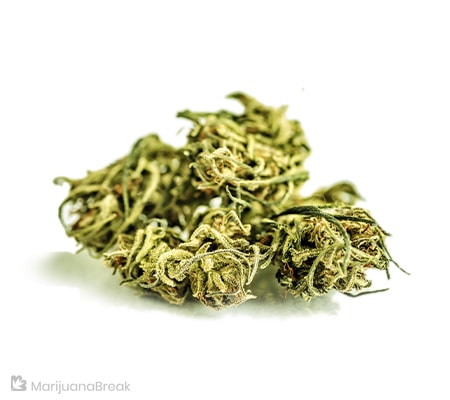 Need a good source of calcium? Mother’s Milk isn’t quite that, but it sure makes up for it in other ways. It brings substance in the form of relaxation and euphoria, and that’s what has made in so popular for those who smoke it.

Created by the same company that produced strains such as Tiger’s Milk and White Lotus, Bodhi Seeds are known for producing top quality strains that are bound to knock your socks off. However unlike these strains, Mother’s Milk has a much softer cerebral effect, that doesn’t overwhelm the smoker but perfectly calms them.

If this intrigues you, in the rest of the article we will be exploring the strain’s interesting heritage and how even beginners can attempt to grow Mother’s Milk.

What is the Mother’s Milk Cannabis Strain?

Mother’s Milk is a sativa dominant strain that typically stands at a 70%/30% divide. Sativa strains tend to be more energizing and uplifting than their indica counterparts and this is certainly true of this strain. While it does have a heady quality, you may experience a buzz of productivity too.

The strains genealogy is an interesting one, a mix between Appalachia and Nepali OG. Appalachia is an earthy sativa dominant strain also created by the company Bodhi Seeds. It’s a plant well-known for its strong medicinal qualities, including helping sleep disorders such as insomnia. This is because of its ability to relax the body and mind into a long slumber. On the other hand, Nepali OG is an indica dominant strain with extremely hard-hitting levels of THC, known to reach 21%. It provides a quick and intense full-body buzz and is known to inebriate the smoker into a serious case of ‘couch lock’.

Mother’s Milk seems to be a perfectly balanced creation of both these two strains. An uplifting initial buzz brought on by THC levels of 14% to 16%, and then an aftermath of tranquility throughout the body.

Mother’s Milk isn’t a strain to blend into the background. In fact, its well-known for clusters of bright trichomes, that can appear white when shining in the light. This may be an inspiration for its name, as the trichomes can be milky in color. The buds are incredibly dense and often you’ll hear a satisfying crunch as you pull apart the stems to grind up the strain. The leaves on the plant are a healthy bright green, which adds to the strain’s vibrancy.

Many smokers remark on the interesting smell of this strain. Similarly to its name, the smell is often described as powdered milk with an earthy undertone. It can be surprisingly pleasant, especially for those who struggle with the skunky smells of other strains.

The flavor of Mother’s Milk is hard to pin down. There are a lot of interesting notes that have been experienced by fellow smokers, such as vanilla and honey – which explains its sweet fragrance. Citrus notes have also been recognized especially a zesty lime flavor. And of course, the earthy pine which is so common in marijuana strains is there too. The complexity of the flavor indicates that who the strain is grown by and where it is grown probably has a large impact on its taste.

Mother’s Milk can be a great strain to grow, as it produces lots of buds – giving you very generous yields.

This makes it ideal for those who don’t have the time or space to grow large quantities of the strain. It can also be difficult to find other high yielding strains like this one with such a sweet and earthy taste.

The plant can also be grown in a variety of environments, whether it be indoors in a controlled climate, a greenhouse or in the garden. It’s a very flexible strain that doesn’t need to be constantly nurtured to survive, making it ideal for growing novices also.

It typically takes around 60 to 70 days before it begins to flower and after 9 weeks you can begin to enjoy those marvelous trichomes which make the plant so appealing.

The strains effects are easily traced back to its predecessors. After a few minutes of inhaling this sweet smoke you can expect to feel energized, most likely because of its sativa dominance. Although you feel a euphoric presence, the smoker is still very much alert and in control of performing menial tasks. What is great about this strain is that it doesn’t completely destabilize the smoker, you can still have a productive few hours in its initial phase. However, this doesn’t last for the entirety of the high. In the aftermath, you can expect to feel relaxed and calm – which can lead to a feeling of sedation. Its perfect for those looking for an escape from stressful days but who still want to feel in full control of their mind and body.

Many smokers are attracted to Mother’s Milk because of its ability to alleviate painful conditions. While it’s the not the most heavy-hitting reliever, it can curb minor everyday distress. Whether this be migraines or those who suffer from tightened back muscles. It can also be used for numbing those painful sore muscles from hitting the gym too hard. As the effects of the strain eventually become sedative, it can be a great choice for those who suffer from insomnia and help the smoker lull into a sweet sleep.

The stain initially energizes the smoker, this can lead to positive thinking and heightened mood. Which gives it weight to treat mental health issues such as stress, anxiety and possibly alleviate depression.
This can be a great strain for newbies who are intimidated by the more potent varieties of marijuana.

There’s not too much to worry about with this strain, as like we mentioned earlier, it’s not particularly potent – especially compared to others on the market. However, it can be very drying. Smokers may experience a case of itchy eyes, this doesn’t tend to last long but if you already suffer from sensitive sight you might want to invest in some eye drops from your local drugstore. You can also experience a very dry mouth, so make sure you stay hydrated throughout the smoke, to avoid this as much as possible. Related to this, you may also find that the strain produces a slight cough, which dissipates after a short time.

This strain serves both as a medicinal benefit to its smokers and gives them a great taste to match. Its sweet and earthy flavor is refreshing and tasty, making this the perfect recreational strain. With high yields and easy growing, there is no doubt Mother’s Milk will carry on dominating as a sativa heavy plant.
This strain lacks the potent edge that have become synonymous with high-quality strains and proves that intensity doesn’t always serve the smoker.