Written by Editorial Team
3 min read
0 comments
Read Later
All information on this website is for general informational purposes only and is not intended or implied to be a substitute for professional medical advice, diagnosis or treatment.
Juanita La Lagrimosa Strain Overview
A simple, CBD-rich strain with mild effects, this is a great strain for those looking for CBD or just wanting to experience the original CBD strain. 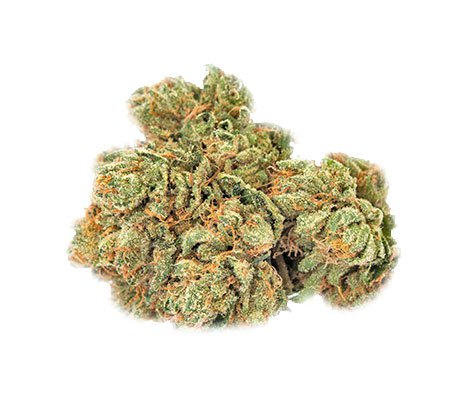 Not a lot of cannabis breeders aim for large quantities of CBD in their strains, but the Juanita La Lagrimosa strain is an exception. In fact, the idea of incorporating CBD into new strains comes from the creation of this very strain.

Let’s investigate just what makes Juanita La Lagrimosa so desirable as a crossbreeding choice and find out whether or not it has value as a strain on its own.

What Is the Juanita La Lagrimosa Strain?

A mysterious breeder named Jimi selected some New York City Diesel buds and crossed them with the sativa Reina Madre. The resultant strain, which he named Juanita La Lagrimosa, was surprisingly balanced when it came to its CBD and THC content.

This is why Juanita La Lagrimosa became the standard strain picked for imparting potent levels of CBD to any interbreeding projects. Though it initially offered around 8% CBD and 6% THC, it has since developed to virtually contain CBD alone.

Though it initially offered around 8% CBD and 6% THC, it has since developed to virtually contain CBD alone.

The noticeable effects of this strain tend to differ depending on whether or not you have a higher THC variation. However, the key quality of the high from this strain is one of relaxation and calm.

Many have described the high from Juanita La Lagrimosa as being noticeable and prolific, yet not especially strong. You should expect to feel like you have a keen desire to lean back and not accomplish much while at the same time feeling like you aren’t impaired.

Not a lot of potent CBD strains are known for having distinctive aromas or flavors, despite their significant effects.

This trend started with Juanita La Lagrimosa, which is why you won’t find an intense aroma here. Expect a few citrus smells, alongside some pretty typical aromas of the Haze strain family.

This strain’s taste is quite similar to its aroma, albeit with more fruitiness than you would expect. There is a little bit of hash that peaks through underneath, leaving your mouth a bit dry – almost like after drinking an especially bitter beer.

Juanita La Lagrimosa’s buds look pretty commonplace, with a relatively standard, elongated, conical shape. It’s nothing much to look at it, but you don’t buy this CBD rich strain for its appearance.

Growing your own Juanita La Lagrimosa isn’t especially difficult; it takes a standard eight weeks to grow and produces a surprisingly decent yield when it comes to harvest time. 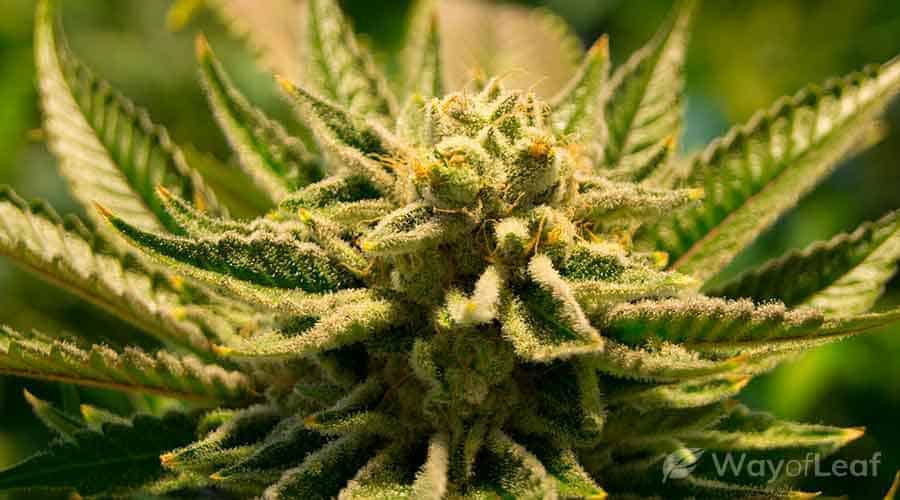 Juanita La Lagrimosa strain seeds are pretty freely available online, as they are commonly sold to be included in crossbreeding experiments.

Make sure that you keep it in an appropriately dry environment, as this strain is relatively temperamental when it comes to humidity. It does resist things like rot pretty well, however.

As a dominantly sativa strain, Juanita La Lagrimosa will tend to develop a lot of side branches. Make sure to keep it well tethered and ensure you lop off any extra, unneeded branches at the bottom.

Juanita La Lagrimosa cannabis typically boasts around 6% THC concentration, though other samples might offer up a lot less. If you get one that is advertised as a CBD-rich phenotype, it likely will have a lot less THC.

The precise concentration of CBD within each phenotype of Juanita La Lagrimosa differs pretty significantly, but you can expect a high of around 9% in most samples. This makes it perfect for treating all manner of different medical conditions.

Just like a lot of CBD dominant strains, Juanita La Lagrimosa’s primary medical benefits are to do with general relaxation and overall well being.

Many people use Juanita La Lagrimosa for all sorts of different reasons, for example, to treat specific eating disorders or even soothe chronic pain.

It is great as a sort of all-purpose treatment, able to help you relax, sleep, eat, or just generally make it through your day a bit more easily.

Possible Side Effects of the Juanita La Lagrimosa Strain

You might experience a mild amount of dry mouth and dry eyes, but you will ultimately not feel any other side effects.

While not every cannabis strain can boast Juanita La Lagrimosa’s diversity of cannabinoids or minimal side effects, you will wish that every other strain of cannabis was just like it after trying this original strain.

You will wish that every other strain of cannabis was just like it after trying this original strain.

With an elegant simplicity that is tough to beat and a decidedly pleasant, easy-going aroma and flavor, this strain is perfect for whatever you are seeking.

It might be tricky to find this exact strain in most dispensaries, but as long as you are looking hard and asking in the right places, you should find it eventually. After all, it is basically the ancestor of every CBD-rich strain you’ve ever tried.

If you’ve enjoyed its descendants, why not try the original Juanita La Lagrimosa as well?