Written by Editorial Team
4 min read
0 comments
Read Later
All information on this website is for general informational purposes only and is not intended or implied to be a substitute for professional medical advice, diagnosis or treatment.
Chem’s Sister Strain Overview
Chem's Sister is a phenotype of the famous OG strain Chemdawg. This sativa-dominant hybrid induces euphoria and uplifts users’ mood. It is a popular choice among cannabis consumers who want a long-lasting buzz followed by gentle relaxation. 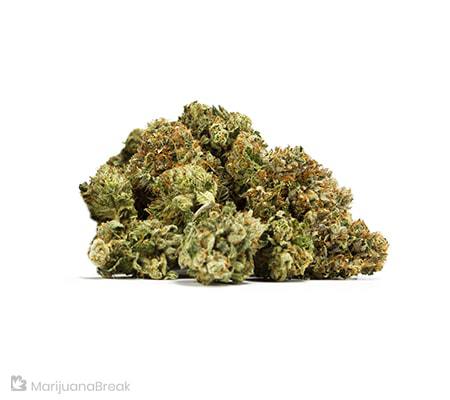 It is surprising how much variation there is in the world of weed. The individuality of every strain is down to various factors, including cannabinoid content, terpenes, flavonoids, and more.

Reading strain reviews before taking a trip to the dispensary can be helpful, especially if you’re a medical user. If you’re in the market for an uplifting sativa strain, you might want to check out Chem’s Sister. So, please sit back and relax as we give you the lowdown on this mood-enhancing strain.

What Is Chem’s Sister?

You may already be familiar with the Chemdawg strain. The ‘chem’ part of the name comes from its distinct diesel and chemical aroma.

Chemdawg is a popular hybrid strain, renowned for relaxing and sedative effects. What if you want a strain that tastes like Chemdawg but provides less sedating effects?

Enter Chem’s Sister. This strain is a phenotype of Chemdawg, meaning they share similar traits but have a few differences.

Chem’s Sister weed is a sativa-dominant hybrid that leaves users feeling more uplifted, creative, and focused after consuming this strain.

As might be expected from a relative of Chemdawg, it provides a diesel-like and skunky smoke. For the more traditional marijuana users, this flavor is considered a delicacy. Plus, there are some pleasant undertones of citrus that make Chem’s Sister a slightly fresher smoke.

Chem’s Sister first hit the market in 1996 and has been growing in popularity ever since. It also goes by names such as Chem Sis and Chemdawg A.

In 2016, this strain came third in the Best Medical Hybrid category at the High Times Cannabis Cup. High Times also mentioned this strain in the list of 25 Greatest Strains of All Time.

Some of Chem’s Sister’s popularity comes down to the uplifting, euphoric effects. However, it would be remiss if we didn’t mention some notable attributes of this plant.

Chem’s Sister’s aroma bears a strong resemblance to Chemdawg’s as it has a similar chemically and fuel-like odor. Think of a gas station, and you’re pretty much there. This scent only becomes stronger as you break the buds apart in the grinder. Be prepared for this overpowering, skunky aroma to fill the room.

There are also some detectable citrusy notes. These lemony undertones creep through in the scent, adding a more pleasant side to the sour diesel.

You might expect the diesel smell to carry over into the taste. While this is in part true, Chem’s Sister tastes a bit sweeter. Among the bitter chemical taste, there is the presence of sandalwood and citrus.

Some users can also detect a crisp pine taste. Upon exhaling, however, the diesel flavor becomes more apparent.

Chem Sis’ mint green buds appear quite frosty due to a generous coating of trichomes. These tend to darken with age and are very sticky to the touch.

Unfortunately, Chem’s Sister is a clone-only strain, and seeds are not available online. It is a moderately difficult strain to grow, so it’s unsuitable for novices.

Chem’s Sister is best-suited to a Mediterranean-type climate with warm temperatures and lots of sunlight. If you don’t live in this kind of environment, you may want to opt for indoor cultivation. For the best possible terpene profile, use soil as the growing medium. 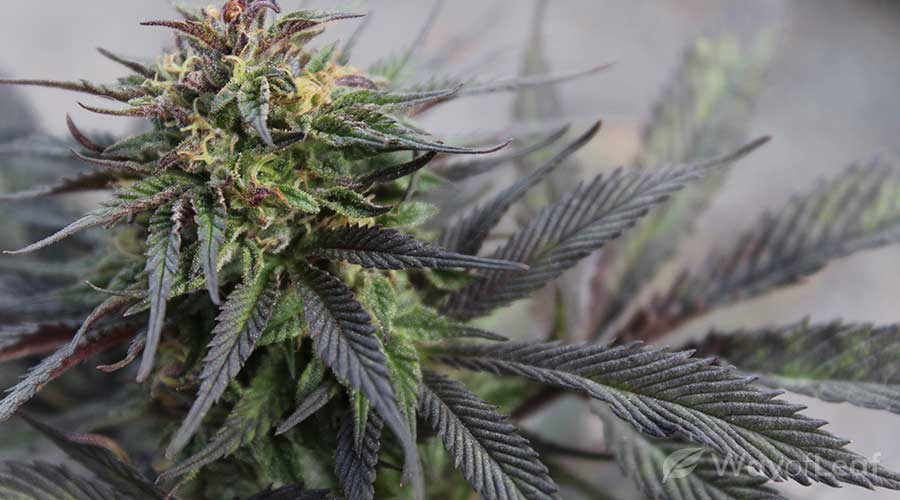 Indoor growing provides another advantage: You can control the humidity level. This is essential because Chem’s Sister plants are susceptible to mold and mildew. Therefore, it’s crucial to invest in a ventilation system that sucks excess moisture out of the room.

Indoors, you are looking at a flowering period of between 10 and 12 weeks. Outside, it can flower anywhere between the third week of October and the first week of November.

Chem’s Sister cannabis is exceptionally potent. On average, you can expect 22.5% THC. However, some samples soar as high as 28%.

Chem’s Sister does not contain CBD.

As Chem’s Sister has an uplifting effect on its users, it may offer temporary relief from mood disorders like depression. Some users say that Chem’s Sister can help to relieve nausea and increase appetite, too.

Potential Side Effects of Chem’s Sister

Many Chem Sis users will experience dry mouth and dry eyes. Other possible adverse reactions include heightened anxiety and paranoia. As Chem’s Sister contains a high THC content, novices should avoid this strain.

If you love Chemdawg, then you’ll likely enjoy its phenotype, Chem’s Sister. Both strains pack a similarly potent THC level and provide a euphoric and uplifting high. One difference between the two related strains is that Chem Sis is not as sedating as Chemdawg.

Naturally, novices should avoid this strain. Experienced users would be wise not to over-consume to prevent any unpleasant adverse reactions.

21
6 min read
Video
Join The Discussion
TOC
Premium
Your subscription has ended
If you love cannabis and want to support our site, join WayofLeaf Premium today and unlock
Best of all, part of your membership fee will go towards supporting the fight to legalize cannabis.
Sign Up for WoL Premium
Not now
I already have an account
×
Log in to Your Premium Account