Written by John Killerlane, B.A., HDip
4 min read
0 comments
Read Later
All information on this website is for general informational purposes only and is not intended or implied to be a substitute for professional medical advice, diagnosis or treatment.
Blue Magoo Strain Overview
Blue Magoo is an evenly-balanced hybrid with a blueberry-like flavor and hints of pine and earthiness mixed in. This strain can reportedly work wonders for pain, chronic stress, and mood disorders. However, it can cause couchlock, sedation, and drowsiness if over consumed. 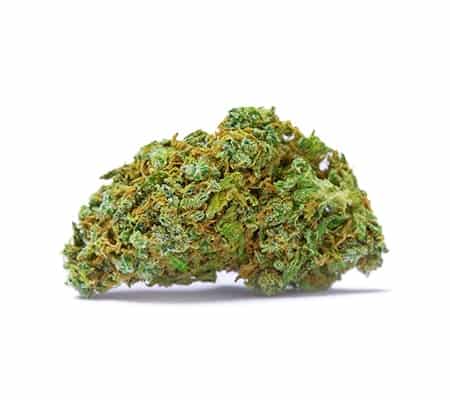 This strain is often confused with the similarly named Blue Goo strain. However, Blue Magoo is a separate strain with many potential benefits to offer both recreational and medicinal cannabis consumers. Blue Magoo’s purported ability to address many different health conditions has seen its popularity soar among the medicinal cannabis community.

Read on to find out more about this heavily indica-dominant hybrid.

What Is Blue Magoo Strain?

Blue Magoo is a clone-only hybrid strain produced by Portland-based breeders Dynasty Seeds. It is a cross of DJ Short Blueberry and Major League Bud (a.k.a. William’s Wonder F2). Blue Magoo’s indica genetics are most dominant, and this is reflected in its relaxing and pain-relieving effects.

Blue Magoo’s subtle cerebral high is overshadowed by its largely sedative effect, which kicks in faster than your average indica-dominant strain.

This strain’s indica genetics are most dominant, and this is reflected in its relaxing and pain-relieving effects.

The predominant feeling users experience after consuming Blue Magoo is a sense of deep relaxation. This strain can enhance mood, so users are left feeling uplifted and happy after the initial euphoric buzz has dissipated.

Regular Blue Magoo consumers say that it makes them feel more creative too. Therefore, artistic types looking for a bit of inspiration may find this strain useful.

Blue Magoo weed is renowned for causing ‘the munchies.’ It is a good idea to have some treats on hand before the sedative effects take hold and those cravings come calling.

Blue Magoo has inherited all the beautiful blueberry and fruity fragrances of its parent strain, DJ Short Blueberry. Earthier aromas with sweet, floral notes combine with Blue Magoo’s fruity and berry scents to give this strain its distinctive smell.

All about this smooth hybrid…

Blue Magoo has a sweet and fruity blueberry flavor but also has a milder, earthier piney taste. Some smokers of this strain say that they can also detect a slightly floral flavor on the exhale. Beware, Blue Magoo’s smoke can be pretty harsh on the throat. A bottle of water will come in handy to relieve this uncomfortable feeling.

Appearance-wise, a Blue Magoo plant produces medium to large flowers with long, conical-shaped trichome-coated buds. The leaves, which are light green with a yellowish tint, are fluffy and loose and are easily removed from their stems.

In some Blue Magoo phenotypes, the plant’s leaves are different shades of blue, and in some cases, include hints of purple. Also, growing prominently among the leaves are rusty-orange colored pistils.

Blue Magoo is a clone-only strain. Therefore, if you want to grow it, you will need to source clippings from a mature female Blue Magoo plant.

While this plant is highly resistant to most common molds and mildew, it is quite challenging to grow. Therefore, it is better suited to those with cannabis cultivating experience.

A Blue Magoo plant tends to stretch more than other strains. Therefore, space is something that you will have to consider if you intend to grow it indoors. Regularly pruning this plant will keep its shape under control and maximize air circulation and light exposure to the lower nodes. 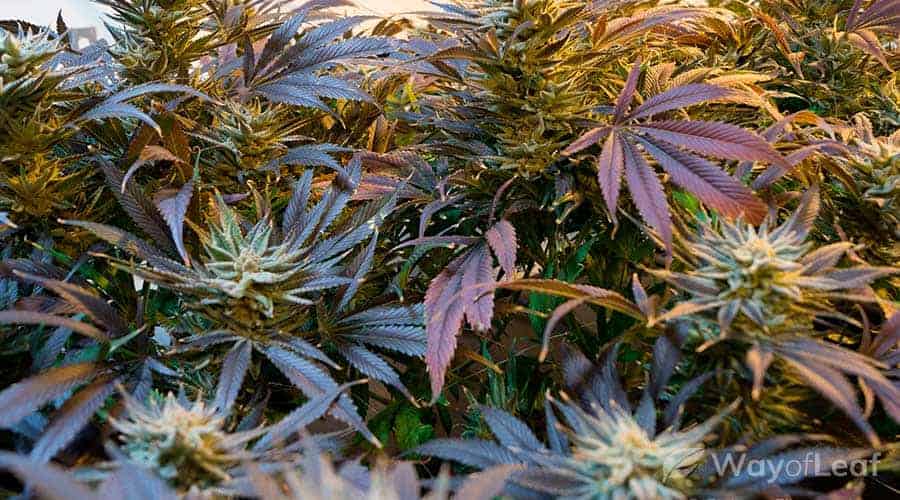 Blue Magoo growers recommend using supports like stakes as this plant produces a dense covering of resinous buds. The need for a support structure is due to genetics inherited from its parent strain, William’s Wonder.

The recommended grow medium is healthy organic soil. Feeding this plant with organic nutrients will achieve the best results.

A Blue Magoo plant thrives in a warm, dry climate and is ready for harvesting outdoors by early October. Growers can expect an average yield of around 17 ounces per plant from an outdoor grown crop.

The indoor flowering period is between 7-8 weeks, and this strain produces an average yield of approximately 13 ounces per square meter.

Cannabis laboratory, Analytical 360 has recorded THC levels of up to 21% in Blue Magoo samples.

This strain contains minimal CBD, and its highest cannabidiol content was reportedly 0.5%.

Blue Magoo offers many potential benefits to medicinal cannabis consumers. It is an excellent choice for people looking to de-stress due to the deep feeling of relaxation it instills. As it can have a mood-enhancing effect, some may find Blue Magoo useful for mood disorders such as depression and anxiety.

The Blue Magoo strain can reportedly enhance appetite and take the edge off nausea. Some also consider it effective at relieving painful conditions such as arthritis, muscular and lower back pain. As this indica-dominant strain can cause some to feel drowsy, it may also be helpful for insomniacs.

With all of Blue Magoo’s reported health benefits, it is easy to see why this strain is so popular among medicinal cannabis consumers.

Possible Side Effects of the Blue Magoo Strain

Some Blue Magoo users will experience mild side effects, such as cottonmouth and dry eyes. Novice cannabis consumers unaccustomed to higher THC level cannabis strains may also suffer a slight headache. Other potential adverse reactions include heightened anxiety and paranoia.

Users who over consume may experience couchlock, sedation, and drowsiness.

Blue Magoo has a lot to offer both the recreational and medicinal cannabis consumer. It instills deeply relaxing effects that may help address chronic stress, pain, and anxiety.

Novices should note that this strain can contain up to 23% THC.

However, novices should note that this strain can contain up to 23% THC and can cause couchlock, drowsiness, and sedation.

Check out this great CBD strain

All about this beautiful strain