Written by Editorial Team
4 min read
0 comments
Read Later
All information on this website is for general informational purposes only and is not intended or implied to be a substitute for professional medical advice, diagnosis or treatment.
Blockhead Overview
Blockhead is a potent strain that will send you to dreamland pretty quickly if you consume too much at once. It’s great for pain relief and may help with insomnia, thanks to its stupefying high and intense relaxation effects on the body and mind. 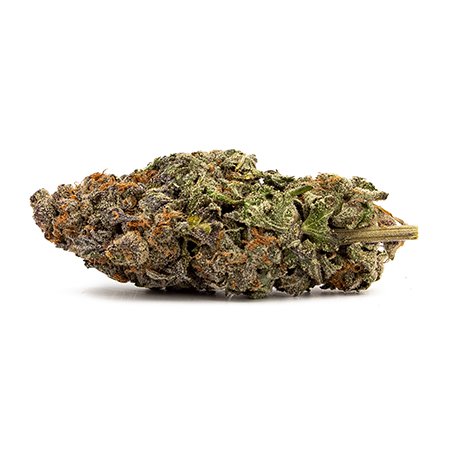 When you hear the word “blockhead,” you probably think of having a head full of nothing, i.e., no thoughts running through your mind. And that is precisely what the Blockhead strain has been created to do – clear the mind.

Blockhead was aptly named, as the effects tend to have a potent effect on the mind.

Formerly known as Burundi, the Blockhead strain was created by the infamous Genehtik Seeds and is meant to spin the body into a whirlwind and dumbfound the body. It’s not for the inexperienced user.

What Is the Blockhead Cannabis Strain?

Blockhead is an indica-dominant hybrid (65% indica/35% sativa) that is crossed between Sweet Tooth and a mystery strain. Its exact origins are often disputed amongst connoisseurs. The strain gets its name from its intense body and mind effects with a powerful high that is not meant for the faint of heart.

The Blockhead cannabis strain is known for its potent body and mind relaxation, coupled with a heavy body stone that leaves users couch-locked and unable to stay active. The THC levels average between 17% to 23%, making Blockhead a strain for cannabis vets rather than something for first-timers. 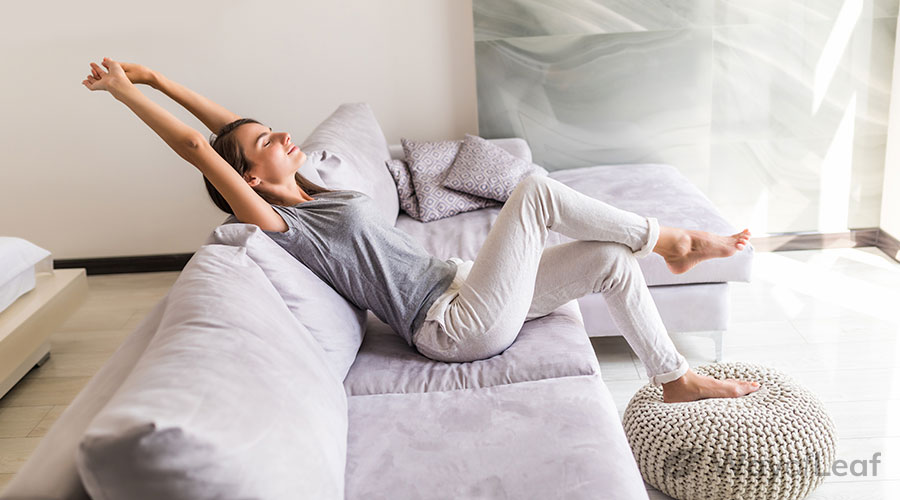 The powerful physical effects (typical of indicas) are accompanied by intense psychoactive effects that make this strain unsuitable for anyone looking for a lot of social activity. The high is best described as stupefying. It sets in with a bang, beginning in the forehead and eyes, moving down through the sinuses, and into the core.

The initial rush starts off as a sudden onset of euphoria, which leaves users feeling incredibly elated. It will keep you in a steady and uplifted mood and can turn your frown upside down. Blockhead is perfect for improving the mood and maintaining a happy and carefree vibe. Also, be prepared to get lost in your thoughts.

The heavy high induced by Blockhead will typically last for hours and will have users couch-locked and silly for the duration. Even small doses can lead to couch-lock, so be sure to clear your schedule before indulging in Blockhead; just enjoy this time of relaxation.

Blockhead cannabis plants are peppered with strong spicy aromas and emit the moist, rich scents of a pine tree forest. It contains hints of sweetness and earthiness within an all-around pungent aroma that makes the nose itch.

The Blockhead flavor is as interesting as the aroma suggests. At first, the inhale tastes pungent and tangy, with lemon and sour pine waking the senses. On the exhale, you will get a flowery and woody flavor, mixed with blueberry and sweet berry, making things more interesting.

Blockhead buds are green and purplish in color and jumbo in size. They are hard to miss! The plant itself is stout with large, dense flowers.

Blockhead is relatively easy to grow and is happiest outdoors in a warm and dry Mediterranean climate. However, when cultivating the strain at home, the plants tend to grow short and round, making them great for an indoor system too.

Blockhead plants grown indoors yield an estimated average of about 13 ounces per square meter. The strain takes approximately 8 to 9 weeks to finish flowering and to be ready for harvest.

Blockhead grown outdoors yields an average of 17 ounces per plant and is usually ready for harvest around mid-October. The plant is a favorite among those with green fingers because of its resistance to most pests and molds.

Blockhead is known to be quite potent, with intense effects on the body and mind. The strain has an average THC level of between 17% and 23%, but there are a few reports of the THC level reaching 24%.

Not much is known about Blockhead’s CBD content. We couldn’t find any data on the CBD levels of the strain. Looking at the majority of other strains on the market, especially those with substantial amounts of THC, Blockhead is unlikely to contain much CBD. In all probability, the CBD level is likely to be less than 1%.

Blockhead is a potent indica strain that is known to have quite a few medicinal benefits. First and foremost, the strain is used in the treatment of chronic pain, such as backaches, migraines, muscle spasms, and even conditions like glaucoma.

Other conditions that could be treated with the potent Blockhead strain include depression and chronic fatigue. The strain can be very uplifting, causing patients to feel more motivated and optimistic, allowing them to think with a clearer head than usual.

Furthermore, Blockhead can help those with a lack of appetite by encouraging users to eat normal size meals again. This makes the strain especially useful for patients who have undergone chemical treatments like radiation and chemotherapy and consequently suffer from chronic nausea, which affects the appetite.

Possible Side Effects of the Blockhead Cannabis Strain

With THC levels reaching up to 23%, Blockhead can be quite strong, so it’s normal for users to experience a few minor side effects. This strain will definitely cause your mouth to feel dry and leave your eyes somewhat irritated and dry.

Other possible adverse side effects associated with Blockhead include a general state of dizziness, which doesn’t tend to last for very long. In some cases, the strain can make you feel a bit paranoid, but this is very rare.

Blockhead is most effective as a strain to induce an undeniably relaxed state of both the body and mind. It’s a strain that is best used in the evenings, as it is known to make users couch-locked. The Blockhead cannabis strain has a sedative effect that will lead smokers to a land of happy thoughts, but the potent, heady powers may obstruct attempts to be social.

Limiting productivity, Blockhead will push you to focus solely on feeling chilled out.

It’s easy for cannabis connoisseurs to make Blockhead a favorite strain. It offers users a release from pain, stress and is known to put smokers in a good mood without much effort.