Written by Editorial Team
4 min read
1 comments
Read Later
All information on this website is for general informational purposes only and is not intended or implied to be a substitute for professional medical advice, diagnosis or treatment.
The Blackwater Strain Overview
Blackwater is a very fragrant and sweet-smelling bud. Many users have likened its aroma to a fruity and earthy grape smell. Despite the fruity aroma, though, this bud tastes like lemons and pine. It can relax the senses and put you into a deep sleep too, so it's great for insomniacs. 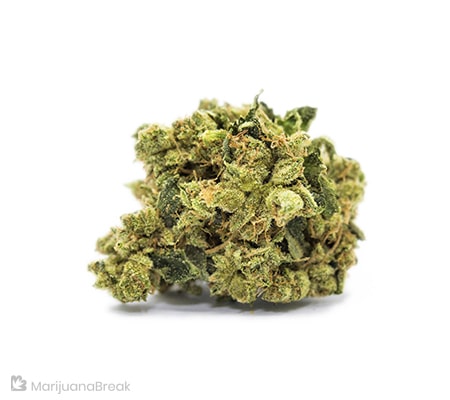 The Blackwater strain was initially renowned for its medicinal qualities but is now widely used recreationally. It may be named after the infamous security firm, Blackwater Security Consulting (which changed its name to Academi), best known for the Nisour Square Massacre in Baghdad in September 2007.

Four employees of the firm were convicted in U.S. Federal Court seven years later. If Blackwater is named after this company, it is undoubtedly a sarcastic homage.

What Is the Blackwater Strain?

Blackwater weed is a heavily indica-dominant hybrid that’s a cross of San Fernando Valley Kush and Mendocino Purps. In 2014, the strain won third place at the High Times Medical Cannabis Cup in L.A. in the indica category. The Cali Connection bred it, and both parent strains are known for being powerful, high-quality indicas.

There is no question that Blackwater is a potent indica that provides you with a strong high. However, it shouldn’t prove too much unless you overindulge or are a newbie with a low tolerance. Some find the effects a little disorientating and say that it makes them feel completely spaced out. 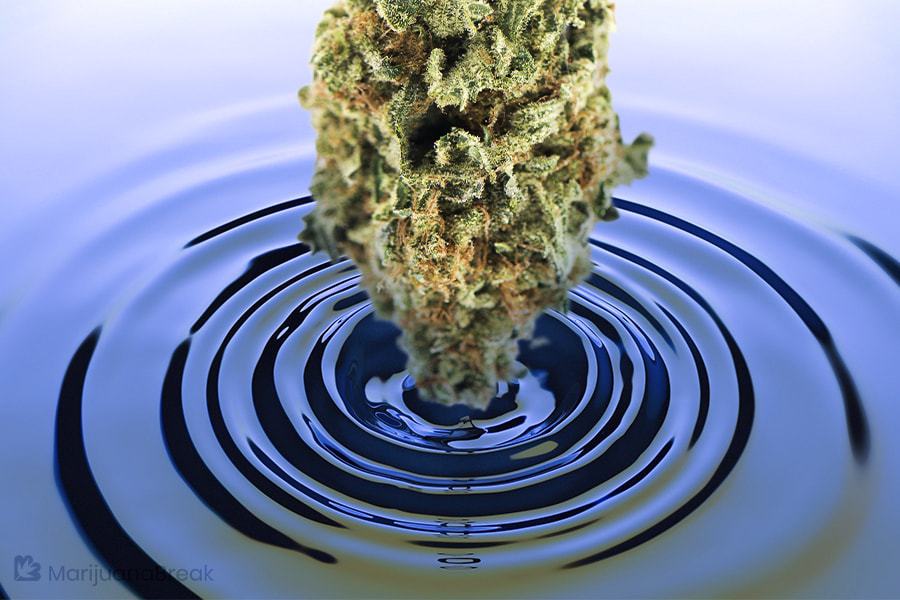 Some users also complain that the high peaks after a few minutes and doesn’t last long enough for their liking. Typically, the high lasts for approximately two hours in total but tends to tail off after just a few minutes.

It is essential to note that if you consume a high dose, you will probably feel sleepy. Given Blackwater’s sedating, soporific effects, it is best-suited to late-evening time-use.

Blackwater is an extremely fragrant marijuana strain, which means it isn’t easy to hide it! It has an earthy scent with a sweet grape smell that envelops the user when lit up. This strain also has noticeable hints of pine and lemon.

If the aroma is tantalizing, the taste is mouthwatering. As well as pine and lemon hints, Blackwater offers earthy berry flavors, too. When exhaling, sweet and sour notes linger on the tongue. Overall, you should experience a smoother smoke than you would on average from an indica.

When you grow Blackwater in the right conditions, its buds have a delightful hint of purple. The buds themselves are reasonably small, but the fresh and intense green color is a joy to behold.

Once you have your Blackwater seeds, you will find that it’s an easy marijuana strain to grow. Blackwater plants are naturally resistant to mildew and common molds. Given its straightforward nature, this strain is even suitable for a novice.

Outdoors, Blackwater can yield around 19 ounces per plant and is ready for harvest by the end of September. For optimal growth, keep the Blackwater plants in a sheltered, well-lit location.

Indoor growers will find that Blackwater takes around nine weeks to flower. These plants produce a relatively generous return of up to 16 ounces per square meter planted.

It is easy to grow your own aesthetically pleasing version of Blackwater with its pretty purple specks on the buds.

Blackwater’s purple hues are due to the presence of the pigment anthocyanin. This pigment causes the deep, vibrant coloring in blueberries and eggplants. Anthocyanin is typically hidden by stronger pigments in chlorophyll. During fall, the green pigments break down, an action that enables the anthocyanin to come out.

To date, tests reveal that Blackwater’s THC content can reach up to 20%. While this is well below the potency of many new hybrids, it is still strong enough to cause side effects if you overconsume.

Blackwater contains up to 1% CBD.

Blackwater has been used as medicinal marijuana for years because of its sedative qualities. Many Blackwater users say that it helps to soothe the symptoms of chronic pain. Given its mood-enhancing and relaxing effects, it may be useful for people suffering from chronic stress or depression.

If you have an inflammation-related complaint such as arthritis, this marijuana strain may provide you with relief. Some Blackwater users say that it can help with muscle spasms, too.

Given Blackwater’s sedating and sleep-inducing effects, it may help insomniacs to sleep.

Possible Side Effects of Blackwater Weed

Bear in mind that the Blackwater strain has a relatively high THC content of 20%. Potential side effects include dry and itchy eyes, along with dehydration.

In higher doses, this strain could also make you feel dizzy or cause a headache. In rare instances, Blackwater could heighten your level of paranoia or anxiety. It is a highly sedative strain, so it is best used before going to bed.

Blackwater is a mostly indica strain with potent sedating and soporific effects. While this strain won’t provide you with a long-lasting high, it could help you get a good night’s sleep. Keep this one for evening-time use only.

All about this delicious bud

Cheese and diesel: A match made in heaven?