The precise number of global cannabis strains is unknown, although it is likely to exceed 1,500. Moreover, this number is sure to increase exponentially in the next decade or so, now that medical marijuana is legal in the majority of American states and is entirely legal in Canada.

If you look at strains from the 1970s and those in your local dispensary today, there is no comparison. Today’s weed consistently contains a higher THC percentage, the psychoactive compound that provides users with an uplifting high. Perhaps the main reason for the explosion of potent weed strains is a greater ability to grow.

Remember, most marijuana grows ‘back in the day’ were clandestine affairs. Now, numerous states allow home cultivation. As a result, intrepid growers are busily trying to create the next great strain. Believe it or not, many of today’s most popular strains were conceived in someone’s relatively small grow room. Growers produced these strains via ‘crossbreeding,’ which involves combining the genetics of two or more marijuana strains.

There is a suggestion that all marijuana strains are the same – which is not true. Lab testing alone will confirm differing levels of cannabinoids, terpenoids, and flavonoids from one strain to the next. What you might not be aware of is that there are different variations of the same strain! 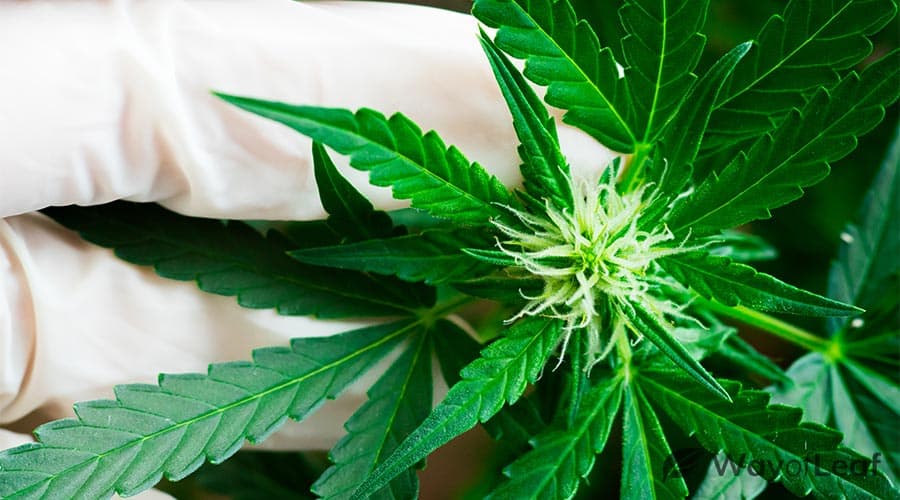 Most cannabis users have found a variety they enjoy but are often surprised by the lack of consistency in the strain. There are several reasons for this. First, the growing environment and techniques, along with lighting, will change the outcome. However, the real reason for the inconsistency lies in cannabis genetics and breeding.

Marijuana is a plant but bears no resemblance to other garden favorites, such as the tomato plant, in terms of growing consistency. If you’ve ever grown tomatoes from seed, you’ll notice that you typically end up with fruit that has a similar size and flavor each time. Unfortunately, this glorious consistency is notably absent from cannabis seeds.

Crossbreeding Cannabis: Understanding the Difference between Dioecious and Monoecious Plants

As cannabis is a dioecious plant, you have to pollinate the female with the male. The resulting seeds from ‘cross-pollination’ represent a far greater genetic variety than self-pollinating plants such as tomatoes.

Unlike most garden food crops, which are monoecious, cannabis is a dioecious plant. This means that it consists of separate male and female plants.

Consequently, crossbreeding marijuana plants is a long, unpredictable, and sometimes utterly frustrating experience. Many breeders begin with a clone-only strain and try to develop a seed-based strain with the traits of one of its parent plants. If you go down this route, expect a different result with every seed. Breeders sometimes sprout well over 100 seeds from a single variety to find the true representation of what they sought.

In most cases, breeders are seeking to create a hybrid strain that is a stable genetic line.

If you have read our strain reviews or growing guides, you’ll have noticed that the vast majority of commercially available strains are hybrids. However, before you embark on your quest to create the next great hybrid, please note that it can take more than 1,000 seeds to find what you’re looking for. Sure, you can sprout a few seeds and sell them under a popular strain name. However, they are unlikely to be the strains you initially wanted.

Worldwide Weed Grown in Your Home

Marijuana growers today are very fortunate to live in an age where there is an enormous range of genetics to choose from. In the past, growers traveled the world to find landrace strains which we now use to breed our own strains.

Growers visiting regions such as the Hindu Kush Mountains would have encountered cannabis strains with traits they had never seen before. They brought back dozens of seeds and evaded law enforcement in the process! Next, they mixed the seeds with others to grow new strains that had many of the traits found in the landrace strain. 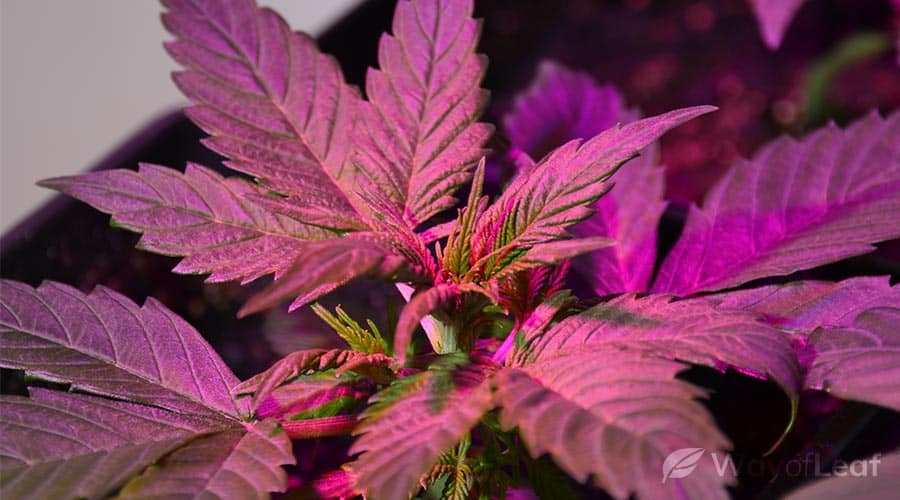 The often ignored ruderalis plant is a prime example that became mixed into numerous breeding programs. Although the ruderalis plants were small and thin and not incredibly potent, they could grow in inclement weather. Also, their ability to auto-flower within a few weeks, regardless of lighting schedules, made these plants a hot commodity.

The ruderalis plant was not something most breeders wanted to grow due to the small buds and low THC levels. However, by crossbreeding ruderalis seeds with high-THC genetics, creating an auto-flowering strain with a medium to high THC content was possible. Eventually, growers were able to breed out the phenotypes that didn’t produce large buds.

Successful crossbreeding first involves selecting parent strains with the best traits. The next step is to crossbreed them until they achieve the ideal blend of both parent plants. Unfortunately, it is NOT something you can get right the first time. Indeed, it will probably take multiple generations of plants, and several years, before you perfect the art of crossbreeding.

Remember, every marijuana plant is a bit different. When you grow a seed, the seedlings will have a combination of traits from both parents. Eventually, you could end up with weird, unique, and fantastic new strains. Quality genetics is always the first step, so here are the traits to consider when selecting strains for breeding:

The larger the genetic pool, the easier it is to find the right traits. Unless you have a commercial operation, it is unlikely that you can grow more than a few plants at a time. There is also the small matter of obeying the laws in your state! As you breed together plants from differing strains, you can create new strains that carry interesting traits from their parents.

What Is a Phenotype?

In simple terms, a phenotype is a plant’s genetics and its environment. It is a list of the traits you see in a plant. For example, you may have a strain with a short phenotype. They are similar to the traits kids get from their parents, and every child is a different phenotype. For example, if both your parents are tall, you are likely also to be tall. However, if you have one short and one tall parent, you could be tall or short, and your siblings could be much taller or shorter than you.

Unstabilized strains often carry several phenotypes, meaning that two plants of the same strain are likely to exhibit different traits. Stabilized strains display the same phenotype, which means plants of the same strain will grow in the same way. You can achieve this by manipulating your genetic stock through breeding and back-crossing. Eventually, you end up with parents that consistently produce offspring that grow the same. It is essentially cloning in seed form.

How to create your ideal strai…

A Quick Overview of Crossbreeding

Hopefully, you now have a better idea of what crossbreeding entails and the likely outcomes. The first step is to choose your female and male plants. When choosing a female, simply grow your weed as usual, and if a female plant has nice fat buds, grows well, and is generally healthy, keep it.

Finding ideal male plants is less straightforward. The only proven method is ‘trial and error.’ First, you need to breed a male plant with different females to see the kind of offspring they produce. Eventually, you will find a male plant that offers desirable traits to the offspring.

Once you have the male and female plants, keep them separate during the growing process. Always ensure that males are separated from females as soon as the small pollen sacs on males (their pre-flowers) show. Otherwise, the males will pollinate the females, and you end up with unknown genetics.

When the pollen sacs are well developed, begin collecting the pollen. An easy method is to place an open Ziplock bag around the stem and shake it. The pollen will fall off and go into the bag. If you aren’t using the pollen immediately, save it and store it in the freezer. Make sure you use it within a month. Also, make sure you shower and change clothes after visiting the males because pollen sticks to everything!

The females are ready for pollination a few weeks after displaying signs of white pistils. There will probably be buds forming at that stage. The pistils should still be white (they begin to turn a red or brown color when harvest time approaches). Isolate your chosen female from the rest of your crop and switch off the grow room’s fans.

A few weeks after displaying signs of white pistils, female plants are ready for pollination. They turn red or brown at harvest time.

Place the bag of pollen over a stem that has several buds growing. Shake the bag to ensure the buds get coated with pollen. Cover the site with the bag for a couple of hours and shake it again to get the last bits of pollen out. Leave the bag on the site for a few more hours and remove it carefully.

The female plant is now a ‘mother’ plant and needs extra nutrients, including additional nitrogen. It is a good idea to use a vegetative stage feeding schedule. Seeds should begin to form a couple of weeks later and burst through their calyxes a few weeks afterward. If you need to store the seeds, put them in a cool, dark place but DO NOT freeze them.

Germinate your seeds in the usual manner and take notes on how they grow. This means keeping a journal that highlights details such as flowering time, potency, color, taste, and scent. If you’re feeling confident, keep clones of all the plants in case one of them turns out to be exceptional.

While it isn’t difficult to begin crossbreeding, creating a fantastic new strain is exceptionally challenging. In reality, it will take hundreds of seeds and several years to find your ideal hybrid. However, if you get lucky, maybe you will strike it rich!

No matter what, make sure you keep detailed records and test your plants regularly. Be kind and alert other growers to any negative phenotypes that they must breed out. Above all else, breed plants you enjoy. You might not win the Cannabis Cup, but you will have the satisfaction of creating a unique marijuana strain.

The Best Companion Plants for Your Cannabis Garden [Revealed]

The multi-dimensional way to protect your garden.

5 Tips on Choosing Pots for Your Cannabis Plants

The complete guide to pots for your pot

All you need for a fantastic yield

How to grow this very cherry strain

How to grow this magnificent medicinal strain

What Is a Feed Chart? [Learning to Grow Marijuana 101]

A must have for all growers