The Kush family of marijuana is perhaps one of the oldest and most appreciated strain families out there. With origins in the Hindu Kush mountain range, it’s easy to see where these strains got their name.

However, despite their common abundance, many people who are looking for some steps and tips to try and grow their favorite strain can struggle to find what they need. What people really need is a growing guide for Hindu Kush.

Here are 8 tips to perfectly growing your own Hindu Kush strain. 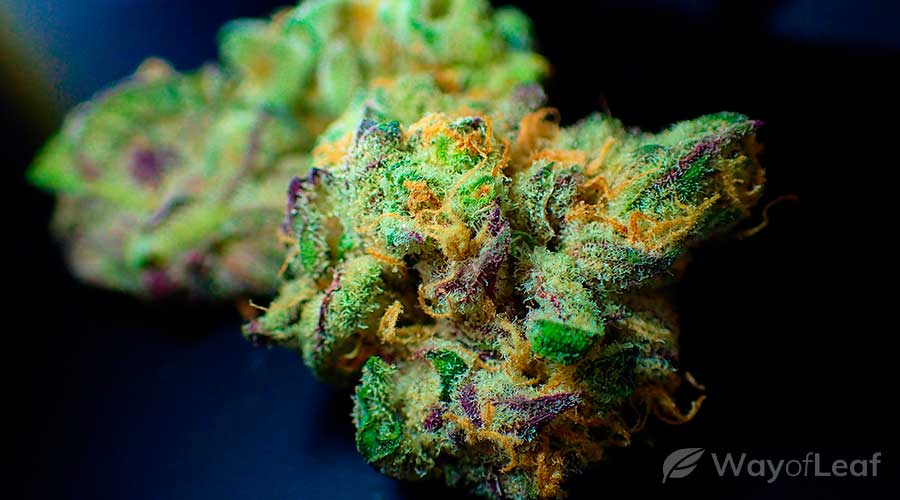 Hindu Kush is a pure indica strain that comes from the faraway Hindu Kush mountain range. This mountain range is home to some of the very first strains of cannabis ever discovered, typically referred to as landrace strains. This gives strains descended from them a much more natural, as-nature-intended sort of composition, with flavors and effects that are more in-line with what you would expect from a typical strain of marijuana.

Due to its harsh climate, the Hindu Kush mountain range has given the Hindu Kush strain a very thick coat of crystal trichomes, which are used to make hash all over the world. This is one of the principal reasons why it is so popular, because you can grow it for its hash production, but still, make marijuana from what remains.

This strain is easily one of the original marijuana strains that helped spread popularity and awareness of marijuana to the rest of the world. In a sense, the typical indica effects that many people associate with marijuana come from Hindu Kush.

When smoked, Hindu Kush has a powerful sedative effect that leaves you couch locked and relaxed. You can expect to feel that your limbs are surprisingly non-responsive, while you smile faintly at nothing at all. This mild sense of happy euphoria drifts slowly into gentle sleepiness that will generally find you in your bed, unconscious and snoring peacefully.

Due to these typically indica effects, Hindu Kush is commonly used as a sleep aid, as well as a relaxant for those that suffer from chronic stress or even pain.

Some users also report feelings of visual hallucinations behind their eyelids, though nothing so frightening as when using other, more dangerous narcotics.

However, besides the useful and well-known effects, it is the flavor and aroma of Hindu Kush that also makes it so widely used. The aroma and flavor are almost ordinary in that they are completely and entirely what you would expect from virtually any marijuana, despite the numerous strain differences that exist in the world.

The initial aroma is extremely pungent, with a great woodiness that reminds you of a natural pine forest. The flavor itself is eerily similar, conveying the sensation of extreme earthiness and alkalinity.

It is strange to describe something as being extremely typical, but that is precisely what it is – typical. This doesn’t make it a bad thing, however, as this flavor is extremely popular for a reason. People have been breeding strains from Hindu Kush for decades primarily because of its distinctive, yet completely familiar flavor.

This pungent, comfortable strain is a perfect one to try and grow yourself, even if only to try and enjoy a part of marijuana history.

Hindu Kush is a perfect strain to grow yourself, primarily because of its moderate difficulty. Instead of requiring you to memorize many different techniques and skills that some strains require, you can instead learn only a few useful tips and tricks to try and improve your yield.

If you are utterly lazy, you can even get away with not doing much to your Hindu Kush at all and letting it grow relatively unattended.

It won’t give you a substantial yield, but it will likely still survive! Hindu Kush is a landrace strain, meaning that it is extremely hardy and resistant to diseases, so this is an excellent strain for those growers that lack experience. 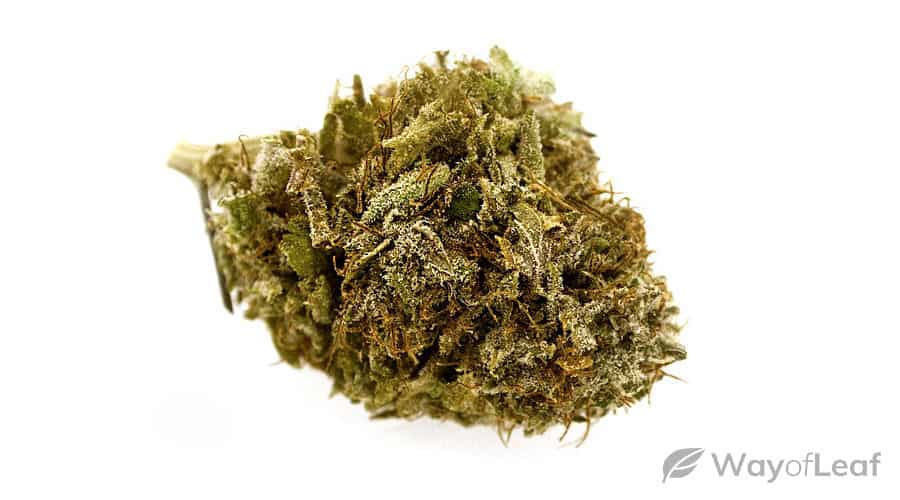 Like all indica strains, Hindu Kush tends to grow extremely short, extremely dense and extremely bushy. This is actually a great thing for its eventual yield, as the wider the plant is, the more bud it is generally going to produce. This is also really useful when growing indoors in a smaller space.

If you choose to grow using hydroponics, Hindu Kush works really well with the SOG (Sea of Green) method, which means starting the flowering stage earlier and forcing the plant to make buds quickly and in a confined space – you will be able to grow beautiful canopy of Hindu Kush buds underneath your light.

The use of hydroponics allows you to easily feed your crop, as the liquid soil base means it is easy to add more nutrients as required.

Make sure to increase your airflow to much higher levels than you would for other plants, as Hindu Kush can sometimes suffer from an excess of humidity and, thus, mold issues. This is caused by the dense canopy that it creates, so make sure you have some kind of air circulation indoors, or in the very least plant it outside in a windy location.

For more advanced tips to maximize yields, consider trimming the lower branches. This not only increases air circulation for the plant, further reducing humidity, but it also allows the plant to prioritize the production of buds rather than keeping alive useless branches where it won’t be able to get any sunlight.

So, with all these tips, how much Hindu Kush can you expect to get?

For Hindu Kush, you can typically expect to get around 1.5oz per square foot, especially if you have used some of the more advanced tricks to increase your yield. Hindu Kush produces some pretty high THC bud, meaning you will be able to get a lot of uses out of what you harvest from even just one plant.

The vaguely purple trichomes along the exterior of the bud can be made into hash, allowing you to, in a sense, double up on your yield.

Hindu Kush does tend to do best hydroponically, so when growing it this way, make sure you are keeping up with your plants’ nutrient desires.

Begin with going extremely heavy on the CalMag, also known as Calcium and Magnesium, which are especially important nutrients when growing in hydroponics. These compounds are found everywhere in tap water and soil, but in hydroponics, they are typically lacking.

Once they have taken that in, make sure you dose them heavily with nitrogen to ensure that they get everything they need to produce robust and healthy buds.

Once they start approaching flowering, use some of the robust bloom recipes that exist everywhere in gardening books to ensure a healthy bud and flowering. 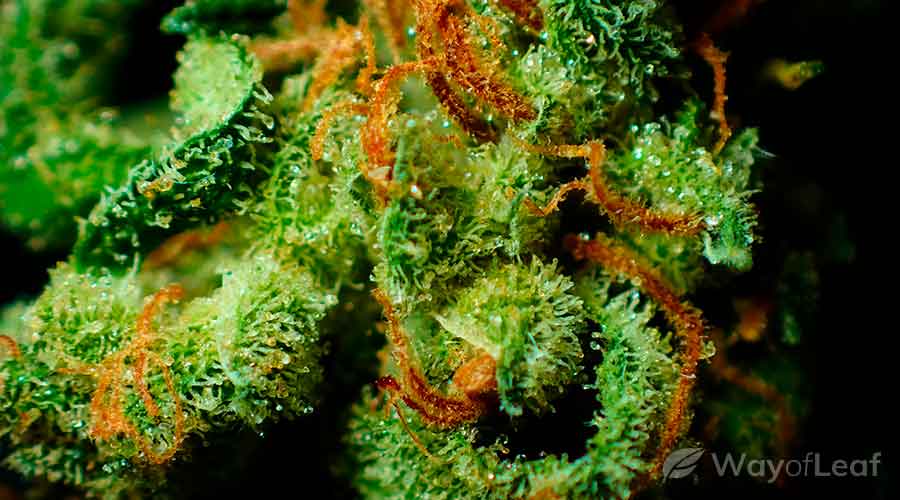 As mentioned, Hindu Kush typically prefers to grow indoors, both due to its tendency towards humidity and its rather bushy stature.

Though this isn’t exactly a massive problem if grown outdoors, by growing it indoors (especially with hydroponics), you can ensure that you will be able to maximize your yield using a variety of different techniques.

You can easily grow this strain outside if you wish, but just make sure you are watching out for its tendency to create a dense, bushy canopy that can be prone to infestation or humidity.

In the wild, it would be naturally culled by predators and inclement weather, meaning that it wouldn’t get the chance to overproduce and block sunlight from itself, but in the comforts of your backyard, you might find that it struggles to keep up with itself.

Whether you are growing it indoors or out, just make sure you keep up with its feeding – though it is more comfortable with hydroponics, it still will need nitrogen and other nutrient additions if planted outside in the soil.

It needs to get its food from somewhere!

Hindu Kush is a landrace strain, which means it is used to growing in the extremely tropical, yet also somewhat hazardous, climate of the Hindu Kush mountain range.

Strains that developed this way tend to have extremely short flowering times to take advantage of any lull in predators or weather. This means that you can expect your Hindu Kush only to take about 7 to 8 weeks to begin flowering.

Despite Hindu Kush’s tropical origins, it typically prefers an arid climate with extremely low humidity. To ensure you have the right climate for your plant, make sure you have both an air circulator and a dehumidifier in your grow room.

Though it can handle cold temperatures well, it is the excess moisture of the outside world that is the greatest threat to the health of this strain.

Keep it at roughly 65 to 80 degrees Fahrenheit, a reasonably typical temperature, and you shouldn’t have any real trouble with your Hindu Kush plants.

This average-ness isn’t necessarily a bad thing, however. Its flavor, aromas and even its growing profile are so well known because the Hindu Kush strain is one of the originals; everything is based on it.

Its flavor is comforting and familiar, as well as being enjoyable and relaxing enough to put you to sleep.

You might get made fun of for being unoriginal, but plenty of people call Hindu Kush their favorite strain. Join their ranks and grow your Hindu Kush at home, whether outside in your backyard or inside with hydroponics. Though it is pretty regular, it is also pretty great.

Here Are The Best Feminized Cannabis Seeds On The Market

The best feminized seeds around

Be aware of the risks

Backcross Breeding Cannabis: What is It, And How to Do It?

Why backcrossing is vital in the creation of new strains

How to grow this legendary strain

The 5 Easiest Cannabis Strains to Cultivate

Everything you need to produce a successful first harvest

What Is Hydroponic Weed? [Beginner’s Guide]

Every beginner grower needs to know this

Your Guide to Autoflowering Marijuana Strains

They literally grow themselves