Medically reviewed by Dr. Sibin Stephen
Written by Dylan Baker, B.S.
5 min read
0 comments
Read Later
All information on this website is for general informational purposes only and is not intended or implied to be a substitute for professional medical advice, diagnosis or treatment.

Sativa marijuana strains are an anomaly of sorts in that they can produce a wealth of potential health benefits while at the same time instigating a range of adverse side effects in some individuals.

If you’ve ever heard about folks (maybe you’re one of them) who tend to get paranoid or experience increased anxiety after smoking cannabis, often the culprit is a sativa or sativa-dominant hybrid strain that has high levels of THC.

While the incredible cerebral high of sativas may correspond with potent medicinal benefits, that same ‘high’ feeling may be too much to handle for patients unfamiliar with the mind-altering effects of cannabis.

This article discusses some of the most common and traditional medical uses of sativa marijuana strains. We also offer suggestions on how to take full advantage of sativas while minimizing the risk of anxiety and THC-induced paranoia.

An intriguing fact about pure sativa cannabis strains is that they are native to specific geographic regions of the world. Known as ‘landrace’ or ‘heirloom’ strains, these marijuana plants have evolved over millennia to contain specific, highly-adapted sets of chemical and physical properties.

Pure indicas and sativas are getting harder and harder to find. They are, however, still out there if you look hard enough.

Generally speaking, all marijuana falls into one of three varieties: Cannabis sativa, Cannabis indica, and Cannabis ruderalis. Ruderalis is usually not discussed in medical circles since it is relatively rare and not often used for therapeutic or recreational purposes.

As such, most agree that a marijuana strain is either considered an indica strain, a sativa strain, or a hybrid. Pure indicas and sativas are getting harder and harder to find as genetics become diluted from generations of cross-breeding. They are, however, still out there if you look hard enough.

Where Do Pure Sativa Strains Come From?

As mentioned earlier, any pure sativa (or indica) strain will have originated from specific geographical regions. These include Southeast Asia (Thailand, Cambodia, Vietnam), Jamaica, South Africa, and equatorial South America (namely Colombia and Brazil). While many believe that indicas first evolved in the Himalayan region of central Asia, pure sativa strains are known to be native to more tropical, equatorial climates. 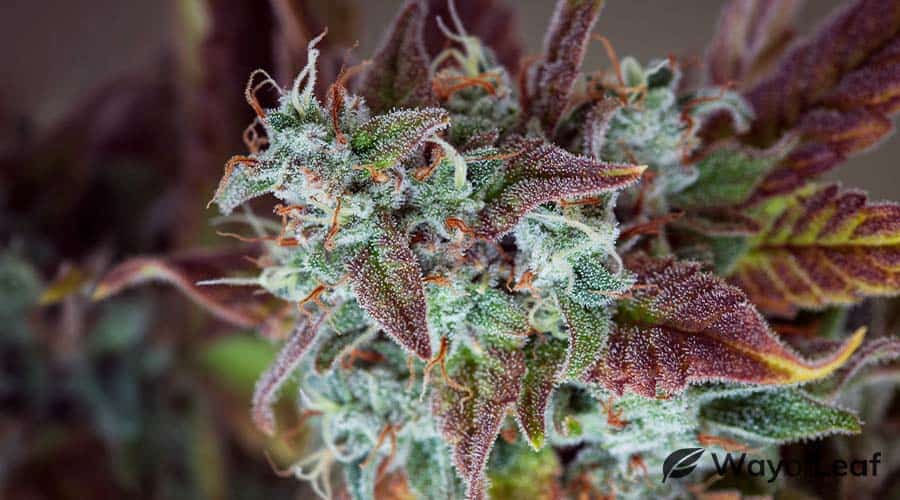 Compared to indica varieties, landrace sativa plants are tall and thin, boasting narrow, skeleton-like water leaves amidst an abundance of pistil-covered flowers. While indica strains are known to be traditionally higher in CBD content, pure sativas often boast high THC levels, which is one of the main reasons why the intoxicating effects of sativa strains are so “cerebrally-centered.”

To be clear, the potential medical uses of sativa marijuana strains are not explicitly defined by the plant’s THC content. While sativas generally have a higher THC and lower CBD content than indicas, additional chemical components still have a role to play in the strains’ intoxicating effects.

For example, THC and CBD are just two of many (well over 100 have been identified) naturally occurring phytocannabinoids in cannabis. In addition to cannabinoids, marijuana also contains a wide range of terpenes and flavonoids; all of these components influence the body and mind.

A cannabis user may experience different psychoactive effects depending on the specific chemical profile of the strain consumed. Since the active compounds in marijuana work synergistically rather than individually, they can provide a massive range of physical, psychological, emotional, and behavioral effects.

Fortunately for those who are curious about the potential medicinal effects of sativa strains, landrace genetics tend to be pretty consistent (at least compared to hybrids) in terms of the effects that consumers can anticipate. What follows are the top-5 medicinal benefits experienced by those who consume sativa marijuana.

Not everyone who consumes a sativa or sativa-dominant cannabis strain will experience an elevated mood. As we mentioned earlier, some people may experience increased anxiety with pure sativas – pretty much the opposite of an enhanced mood. From a therapeutic perspective, however, an elevated mood is often reported by those that use sativa strains.

Another common medical use of sativa strains is to increase energy levels and promote productivity. As daytime social strains, sativas tend to spark activity, reduce levels of apathy, and promote the desire to engage with others in a social setting.

Sativas tend to spark activity, reduce levels of apathy, and promote the desire to engage with others.

In other words, you might say that medical sativa effects are more or less the opposite of indica strains, where all you want to do is chill on the couch, listen to music, and fall asleep.

While both sativa and indica strains could probably be used effectively to increase appetite, sativas are the preferred choice for many. Scientific publications have alluded to the notion that the medical effects of sativa strains include appetite enhancement.

In one of these publications, the author notes that “…the ability of [C. sativa] to promote eating has been documented for many centuries … [many users report] strong cravings for, and an intensification of, the sensory and hedonic properties of food.” In other words, sativa strains spark your appetite — big time.

Given the well-established ability to help promote energy levels, lower apathy, and elevate mood, it only stands to reason that one of the most common medical benefits of sativa marijuana strains is to ease symptoms of depression.

A potent sativa strain may work wonders in helping to mitigate feelings of apathy and depression.

Often, patients diagnosed with depression find it difficult to find meaning in day-to-day life and everyday situations. They are overcome with a sense of apathy and find that nothing is worthwhile. In our experience – and not to mention the experience of millions of cannabis users worldwide – a potent sativa strain may work wonders in helping to mitigate these feelings.

Not that a lack of creativity should be defined as a “medical condition,” but a lack of focus certainly could be – especially given the prevalence of things like adult-onset ADHD in the United States.

In this particular instance, however, the medicinal effects of sativa strains in terms of promoting focus and creativity would largely be dependent on the chemical makeup of the individual in question – perhaps more so than any other condition. However, increased focus would surely be more common from a sativa strain than an indica strain.

Medical Uses of Sativa Strains: Wrapping it All Up

With that in mind, the most obvious medical benefits of sativa marijuana strains are improving mood disorders, decreasing levels of depression, and promoting happiness and social interaction. If these sound like effects that may benefit you therapeutically, perhaps it’s time to pick a good landrace sativa flower on your next dispensary visit — if you can find one.