Have you ever shared a joint with a friend, only to find that they inexplicably got much higher than you? Or perhaps you were that friend, greening out in the corner while the rest of the party continued around you.

It is no great secret that cannabis affects everyone differently, but why is this the case? In this article, we explore how cannabis affects the body and mind, and why some people handle it better than others.

How Cannabis Affects the Body and Mind

Cannabis contains hundreds of active compounds, including cannabinoids, terpenes, and flavonoids. However, there is one which is far more famous than the rest: THC. That’s because THC, also known as delta-9-tetrahydrocannabinol, is the compound responsible for making you high.

THC has intoxicating effects because it has a similar molecular shape to anandamide, a chemical that the body naturally produces. Anandamide is designed to bind with specific cell receptors to trigger a variety of physical and psychological reactions. These reactions include influencing the activity of neurotransmitters such as serotonin and dopamine.

Its ability to interact with serotonin and dopamine means that anandamide has a powerful influence over mood and emotion. It also impacts ‘executive function,’ which is a blanket term covering mental activities such as learning, remembering, planning, and decision making.

Because it is similarly shaped, THC can bind with the same receptors as anandamide does. However, its effects are even more powerful. It is this interaction between THC and the body’s cells that causes the typical marijuana high.

For many people, the effects of THC are enjoyable. They include euphoria, relaxation, altered sensory perception, and the slowing down of time. However, cannabis can also cause some undesirable effects. These include memory lapses, reduced concentration, and drowsiness. Susceptible people may also notice increased anxiety levels or even paranoia.

Additionally, THC interacts with cells in the whole body, not just the brain. Therefore, some people also experience physical side effects. The most common of these are a dry mouth and eyes, and an increased appetite. Marijuana also affects heart rate and circulation, which could cause palpitations or dizziness.

However, not all of these effects will occur in every marijuana user, every time. So, what is responsible for these differences?

Why Do Some People Handle Cannabis Better Than Others? 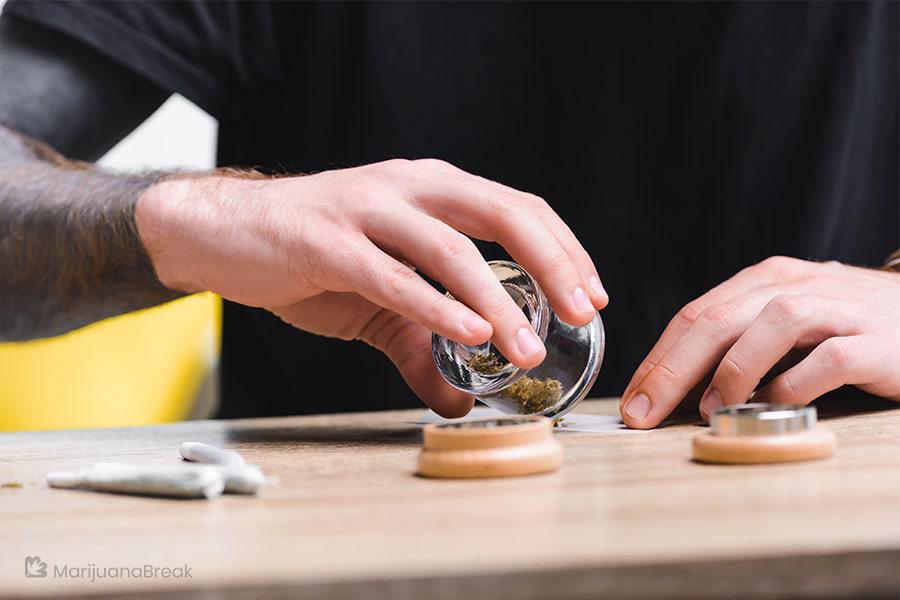 Many different factors impact how dramatically weed affects a particular person on any given day. These factors include:

Aside from this, it is possible that two people use the same amount of the same cannabis, on the same day, and still experience different effects. There are several reasons why this could be the case.

One of the most significant reasons why some people handle weed better than others is genetics. Everyone has a unique genetic make-up, and it seems some are better suited to cannabis use than others.

A 2013 study for Neuropsychopharmacology looked at a sample of 86 cannabis users and 58 non-users. The researchers put the subjects through a series of computerized tests to assess their executive function. These functions included sustained attention, working memory, monitoring/shifting, planning, and decision making. The team also took blood samples from each subject to identify genetic differences.

The study had two major findings. Firstly, daily cannabis use did not appear to have a negative impact on executive function by itself. Secondly, genetic differences played a significant role in altered executive function.

It seems that genetics affect how cannabis works by changing the number of receptors that are available for THC to bind to. A 2017 study for Cannabis and Cannabinoid Research found that the presence of a gene called rs2023239 increased the expression of CB1 receptors in cells.

Research into how genetics influence cannabis’ effects on the body is still ongoing. However, it appears to be one of the primary factors determining how cannabis impacts an individual’s body and mind.

Another factor that can really alter the way a person experiences a cannabis high is their prior attitude and expectations. If someone approaches cannabis with a positive attitude, it stands to reason that they might have a more positive outcome.

Conversely, if a person is feeling apprehensive or uncomfortable before using cannabis, they may be more likely to experience anxiety.

The question of attitude and expectations could also apply to the environment where a person consumes cannabis. If a person gets high in a place that feels safe and familiar, they are far more likely to have an enjoyable experience.

One of the most obvious things that determine why some people handle weed better than others is dose. Although it might seem like two people have shared a joint equally, the chances are that there were still variations in how much they consumed.

For example, some people inhale more deeply than others or hold their smoke in for longer. This means that more THC has a chance to enter their bloodstream, and therefore, increases their dose.

However, we do not recommend holding smoke in for extended periods to boost your high. Doing so could also raise your risk of developing respiratory problems.

Another major reason why cannabis affects everyone differently is tolerance. As with many substances, if you use marijuana heavily or regularly, your body eventually gets used to it. This means that you need to use more and more to get the same effects. This is what is known as developing a tolerance.

Having a high THC tolerance isn’t necessarily a bad thing. It means that you will be less likely to experience the adverse side effects of marijuana. However, it might also mean that it is difficult to get as buzzed as you want to.

There is some evidence that people who use cannabis frequently have less activity at cannabinoid cell receptors. This means that heavy users will not get as high as those who only use cannabis occasionally.

If you are a regular user, there are many ways to combat developing a weed tolerance. Some popular tricks include switching strains regularly, changing your consumption method, or taking strategic breaks from cannabis.

Taking a ‘tolerance break’ is one of the most effective ways to reset your ability to get high. Cannabinoid receptor activity begins to increase again after just a few days of abstinence.

If you smoke on a daily basis,…

Finally, the way that cannabis affects a person depends on what other substances they have in their system. For example, someone may have been drinking alcohol and then light up a joint. In this situation, they are likely to feel more intoxicated than if they had used weed alone.

Cannabis may also interact with some over-the-counter or prescription medicines. This could increase the effects of the marijuana or the medication. This is why you should exercise caution with cannabis use if you are taking other pharmaceuticals.

If you are using weed for medical reasons, talk to your physician to find a dosage appropriate for you. And if you are a recreational user, be aware that using marijuana with another substance could alter its effects significantly.

Why Do Some People Handle Weed Better Than Others? Final Thoughts

There are many reasons why some people handle weed better than others. It could be a matter of experience, attitudes, or expectations. It could just as easily be down to fundamental differences in genetics.

But whether you are a cannabis lightweight or someone who struggles to get high, there are steps you can take to enhance your experience.

For those who find cannabis’ effects overwhelming, start with a low dose and build up gradually over time. You might want to try a less potent strain than someone who has a high THC tolerance to make the effects more manageable. If you use cannabis for medical purposes, you might even consider a high CBD/low THC strain with fewer psychoactive effects.

For seasoned users lamenting their inability to get as high as they used to, there are also solutions. You could try mixing it up with different strains or try a different consumption method from your usual. However, the most effective way to beat your tolerance is to take a break. As difficult as that may sound, it is one of the best ways to reset your body.

So, now you know why some people handle weed better than others. Remember always to enjoy cannabis responsibly and in accordance with your local laws. 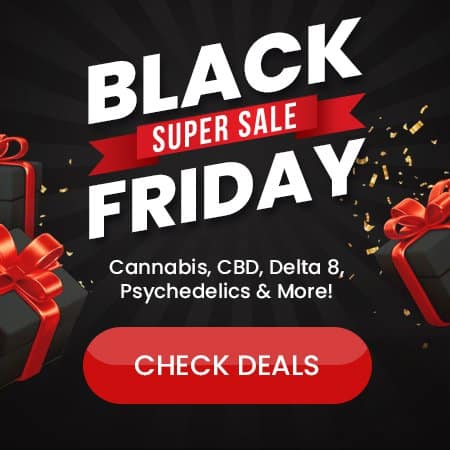