The term co-op means a co-operative. It relates to autonomous associations of individuals who voluntarily meet common cultural, social, and economic needs. A co-op is a jointly owned and democratic institution designed to meet the needs of the many rather than the few.

In cannabis parlance, a co-op describes a group of medical or recreational marijuana users. They join together in a single place to ensure legal access to high-quality cannabis. These groups are also known as ‘marijuana collectives.’ Typically, a co-op includes medical marijuana users and their caregivers. However, with more states legalizing weed for recreational use, there are now more co-operatives than ever before.

Within the co-op, users can get marijuana flower, edibles, concentrates, and other associated paraphernalia. It is normal for co-ops to encourage members to work together to grow plants within a state’s legal limits.

By combining labor, expertise, and expense, a collective can achieve far more than the individuals’ total.

Of course, you can’t just start a co-op overnight. You need to file papers within your state to begin the process of cultivating cannabis. As laws continue to evolve in different states, it is wise to check out your home state’s co-op formation rules. Typically, a collective member is not allowed to grow or sell weed to non-members. You may also need to pay monthly or annual dues.

An increasingly common phenomenon involves running a licensed marijuana dispensary as a co-op. These stores will not sell to non-members. However, if you are part of the collective, you can buy cannabis at a much lower price than you would in a ‘traditional’ dispensary.

We decided to briefly look at the rules and regulations surrounding marijuana co-ops in a state chosen at random. We settled on Washington state, where recreational cannabis is legal. However, it is only legal to set up a co-op for medical marijuana. Furthermore, the collective can only have a maximum of four members.

These members can be MMJ cardholders or their designated providers. The co-op can only grow cannabis for the patient’s personal use.

All members must be in the state’s medical marijuana authorization database and have an MMJ card. In total, the maximum amount of cannabis plants that members can grow is 60. In contrast, MMJ cardholders in Washington are only allowed to grow a maximum of six plants when they have registered. 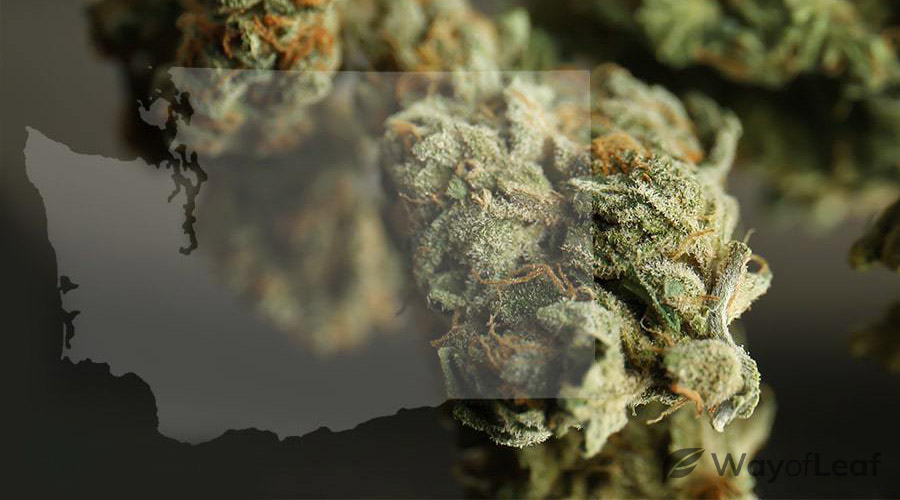 Co-ops in Washington must register with the State Liquor and Cannabis Board (WSLCB). In addition to the above restrictions, co-op members may only:

A co-op also must be located at a member’s home and limited to a single co-op per tax parcel. In addition, members must surround the crop with an eight-foot fence if outdoors, where it can’t be easily smelled or seen by a member of the public. Finally, co-ops in Washington state cannot be located:

Colorado & California Cracking Down on Co-Ops

Not every state welcomes collectives. In Colorado, marijuana is legal recreationally, but the state decided to crack down on co-operatives. Up until 2017, it was legal for medical marijuana patients to grow up to 99 plants in their home! The law also enabled recreational users to group their maximum limit of six plants into large co-ops. As a result, there were entire greenhouses of untracked and untaxed cannabis.

All of this changed in April 2017 when the Senate approved a bill to crack down on the process. It is now a crime for Colorado residents to grow recreational marijuana for other people. The bill passed 35-0, and it limited the number of weed plants grown in a residence to 12 plants. It was a necessary piece of legislation to tackle a major problem in Colorado.

Related article
Counties in Colorado That DO NOT Sell Weed

Is Colorado as 420-friendly as…

There were no state estimates on how many recreational co-ops there were in Colorado, which led to a thriving black market. More pertinently, perhaps, it was possible to avoid cannabis taxes that reached 30% at the time. HB 1220 was signed into law in June 2017.

The new law is a real shame for medical marijuana patients who genuinely need huge amounts of cannabis. Sadly, the sheer scale of unregulated co-op grows meant that the state government had no choice but to act. In 2017, news of a raid that found 230 plants in Pueblo homes barely registered.

This is mainly due to the raid on a few dozen homes in Southern Colorado. These forays yielded over 22,000 pounds of plant and product set to be shipped outside the state!

No California Dreaming for Co-Ops

Over in the Golden State, it is a similar situation. In January 2018, the Bureau of Cannabis Control (BCC) announced that as of January 9, 2019, the Health and Safety Code section about co-ops would no longer be in effect. The BCC notice ended collective models of marijuana growing, manufacturing, and distribution in California.

Being forced to join a regulated system is unquestionably bad news for many operators within the state. At the time of writing, all marijuana businesses operating under the collective model must apply for, and receive, a state license under MAUCRSA. Those who operate commercially without a license are open to prosecution.

Co-ops in California can continue to operate once licensed, and if they meet the state’s requirements.

These rules are similar to other states. For example, co-op members can’t perform any cannabis transactions with non-members. Also, they can only possess, cultivate, and transport amounts of marijuana consistent with the state’s aggregate limits. This equates to:

Depending on where you live, you are possibly breaking the law if you are part of a co-op. For years, marijuana collectives were convenient outlets for medical marijuana patients to grow more marijuana plants. Such individuals enjoyed greater access to the cannabis they needed to help their medical conditions. A co-op is also a fantastic way to meet new and like-minded people.

Alas, these unregulated co-ops caused some serious legal and legislative headaches. In Colorado, for example, it was possible to grow hundreds of pounds of marijuana without the knowledge of the state. This practice meant avoiding taxes and possibly illegally selling the surplus. If you are a member or are seeking to become a member of a co-op, we urge you to check your state’s laws to ensure you are not breaking any rules.