In 1988, a DEA judge, Francis L. Young, famously ruled that “Marijuana, in its natural form, is one of the safest therapeutically active substances known.” He also discovered that it was almost impossible to overdose on cannabis. The rate of consumption required to have a toxic effect is around 1,500 pounds in 15 minutes.

“Marijuana, in its natural form, is one of the safest therapeutically active substances known.” – Francis L. Young

However, this doesn’t mean that it is safe to consume any amount of marijuana. Using too much could cause an array of unpleasant and potentially dangerous side effects. This article investigates the possible effects of using too much marijuana. It also focuses on what is likely to happen when you use a certain amount of cannabis according to the consumption method.

No Overdose Doesn’t Mean No Side Effects

A review of studies published in the Western Journal of Medicine in 2002 answered the question: Should Physicians Support the Medical Use of Marijuana? According to the author, William S. Eidelman, the answer was ‘yes’ when all else fails. He looked into different reports which suggested that cannabis had potential therapeutic benefits.

It included details of a 1999 report by the Institute of Medicine, which favored the use of medical marijuana. A Johns Hopkins University study found no significant cognitive decline differences between non-users, heavy users, and moderate cannabis users. The general feeling was that the benefits of marijuana outweighed the risks significantly.

Almost two decades on, and the thousands of studies published since have reached many of the same conclusions. However, it would be remiss of us to ignore the possible side effects of excessive cannabis consumption.

Has Marijuana Ever Killed Anyone?

The above is a different question to ‘has anyone ever died from a cannabis overdose?’ Given the amount of THC one would need to consume to technically ‘overdose,’ the answer to the second question is ‘no.’ There are a handful of reports that suggest otherwise, but the details are often sketchy. 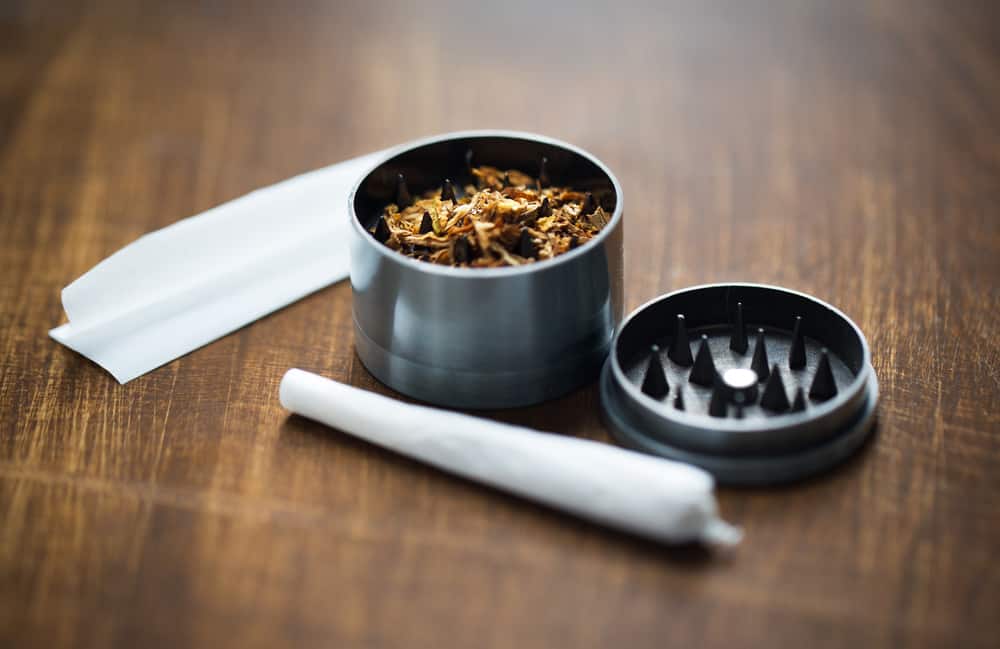 However, it is wrong to say that cannabis has never resulted in any deaths. The oft-told story of Levy Thamba is a prime example of excessive marijuana use with tragic results. The college student consumed a cannabis cookie containing 65mg of THC. The recommended serving was 10mg. Thamba suffered from paranoid delusions and hallucinations and ultimately fell to his death from a hotel balcony.

Using too much cannabis can lead to the following effects:

Using cannabis while driving or operating heavy machinery can easily lead to tragedy. Excessive THC consumption can cause severe impairment in judgment with disastrous consequences. This is why it is crucial to understand cannabis dosage and how it can change according to consumption method.

THC is the primary intoxicating cannabinoid in marijuana. It is a compound with many possible therapeutic benefits when used sensibly. Equally, however, it is associated with many of the above side effects when abused. The following guidelines relate to cannabis’ THC content.

First and foremost, no two people are likely to experience identical effects from the same amount of THC. Factors that influence how you react to the cannabinoid include:

An estimated 3% of the population are extremely sensitive to THC. Such individuals might feel an effect from as little as 1mg. In any case, we have provided a general outline as to what might happen when you consume certain amounts of THC.

Related article
How Much THC is in a Dab, Bowl, and a Joint? [Explained]

The consumption method is also important. As you’ll see below, certain methods of using cannabis result in a higher bioavailability than others. ‘Bioavailability’ means the degree and rate at which any substance is absorbed into the bloodstream where it is used as needed.

For example, if you use 10mg of THC and your consumption method has a bioavailability rate of 20%, 2mg of THC gets into the bloodstream and affects. A study published in Pain Research & Management in 2005 wrote that the average bioavailability of THC is 30%.

It is tricky to judge how much THC is in a joint or bowl. Not many people place their bud on a scale before smoking it. The best you can do is determine the THC content of the cannabis strain. This enables you to at least calculate what is in a gram.

Let’s say you purchase Northern Lights, which has a THC content of 18%. You’ll quickly figure out that a gram contains 1,000 mg x 0.18 or 180mg of THC. If you purchase from a licensed dispensary, you should find out the potency of the strain you purchase. 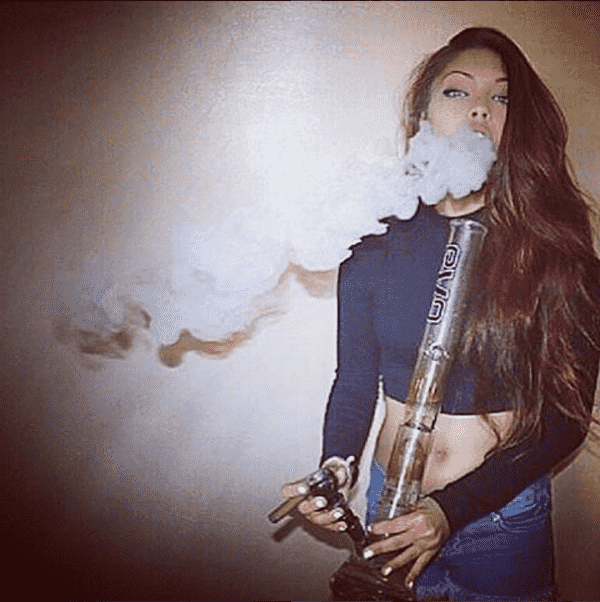 This is a dosage that should provide some intoxicating effects but should remain manageable for most users. Please note that smoked cannabis can affect within 10 minutes, according to Canadian researchers. The effects could last for up to six hours.

There are vaporizers on the market that work with dried cannabis flower, special vape juices, and high-THC concentrates. If you purchase a specific vape liquid, make sure you do so from a licensed retailer. Such products should provide you with a clear outline of how much THC they contain.

For example, a 1ml cartridge might say it is 90% THC. In this case, it offers up to 900mg of THC. Therefore, you only require 0.01ml of the liquid to get 9mg of THC. The bioavailability of vaporized THC is between 36% and 61% depending on the study you read.

At the top end, it means that consuming 0.01ml of our 90% THC vape juice gives us 9 x 0.61 = 5.49mg of THC absorbed into the bloodstream. Novices will find that this is more than enough to feel an effect. Experienced users might consume 0.05ml, which ensures that 27.45mg of THC makes it to the bloodstream.

Once again, you will feel the effects quickly, in probably 10-30 minutes. They could last for up to six hours.

Orally consumed THC has the lowest bioavailability rate. Estimates vary, but products such as edibles, capsules, or THC oils used orally likely have a maximum absorption rate of 20%.

Cannabis edibles are popular but also carry the greatest risk of side effects. This is because it is the consumption method most likely to result in excessive THC consumption. One reason is that they are usually extremely tasty. Another is because it takes up to two hours for an edible to take effect. Inexperienced users, in particular, often use more of an edible out of frustration because they don’t feel the effects quickly enough. 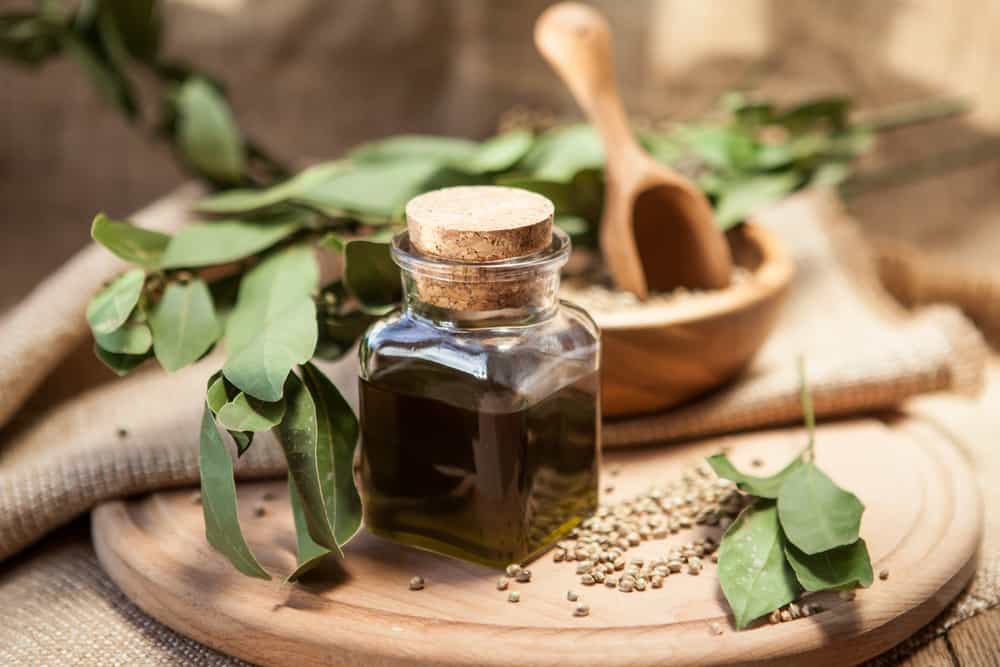 Typically, dispensaries recommend beginning with 10mg of THC when using an edible. Assuming a 20% bioavailability rate, this means that 2mg of THC makes it to your bloodstream. However, edibles affect the body differently than other forms of cannabis consumption. Users often find that it has a more potent effect.

Both capsules and THC oil products should inform you as to the THC content. Once again, it is best to limit consumption to a maximum of 10mg of THC at first.

It is more difficult to ascertain topicals’ bioavailability rate as it is not a widely studied area. You apply a topical such as a cream or balm directly to the skin. They are becoming popular products due to the lack of intoxicating effects.

Although you won’t get high from a topical, it is still best to apply only a small amount at first.

For THC to cause a high, it must pass the blood-brain barrier and make it to the bloodstream. However, cannabinoids are hydrophobic, which means they repel water. Therefore, THC struggles to penetrate the skin’s aqueous layer. Although you won’t get high from a topical, it is still best to apply only a small amount at first.

THC transdermal patches release the cannabinoid into the body, and it does get to the bloodstream. However, you’re unlikely to experience intoxication because the body absorbs the THC extremely slowly.

Marijuana is linked with a wide array of benefits. Research indicates that it is virtually impossible to die from a cannabis overdose. However, excessive usage of the plant, especially its main intoxicating cannabinoid, THC, could result in numerous side effects. These adverse effects can range from mild to severe and become more prominent when you increase the dose.

Check out the guidelines offered above to determine how much THC is enough. However, we recommend adopting a ‘low and slow’ approach at first. Please don’t ruin your experience by overdoing it!

Related article
Cannabis Edibles 101 – Everything You Need to Know