As is the case with many American states, you can legally purchase hemp and CBD in Ireland. However, similar to the situation in the U.S., there are no general nationwide provisions for the usage of high-THC cannabis – save for a couple of minor exceptions.

In June 2019, the Republic of Ireland’s Health Minister, Simon Harris, signed legislation that allows people to use medical marijuana in specific cases on a pilot basis for the next five years. There is also a bizarre loophole in place allowing individuals to sell, buy, and possess cannabis seeds for “collection” – as long as they don’t germinate the seeds and actually grow the plants.

Simply put, medical marijuana in Ireland is still very much in its infancy. In the coming years, however, this will hopefully change for the better as access increases and criminal penalties ease.

A Brief History of Marijuana in Ireland

Interestingly, Ireland’s suspicion of cannabis is amusing considering it was probably an Irishman that introduced the plant to the Western world. Dr. William O’Shaughnessy brought cannabis with him into Europe upon his return from India in 1839; during his travels, he observed the plant’s medicinal effects – particularly regarding its potential to relieve pain. Dr. O’Shaughnessy used marijuana on his patients, and the drug remained popular in medical circles in Ireland until the early 20th century.

In fact, cannabis use in Ireland increased steadily until the end of the 1960s. To help curb what the government saw as widespread use, the Working Party on Drug Abuse was established in 1968, which resulted in harsh criminal penalties being implemented for anyone possessing even a small amount of marijuana.

Possession of controlled drugs such as cannabis or cannabis resin for personal use is subject to a Class D fine in Ireland. This fine equates to €1,000. However, a recent change means that a first offense for possession of a small amount of cannabis will result in a caution. This means you don’t have the offense placed on your criminal record.

A second offense may lead to a fine of €2,500, while a third conviction could result in a €3,000+ penalty and a year in prison. Those caught selling marijuana in Ireland could receive a sentence of up to one year in jail. If the market value of the cannabis (or other drugs) is €13,000+, you could spend up to 10 years in prison! 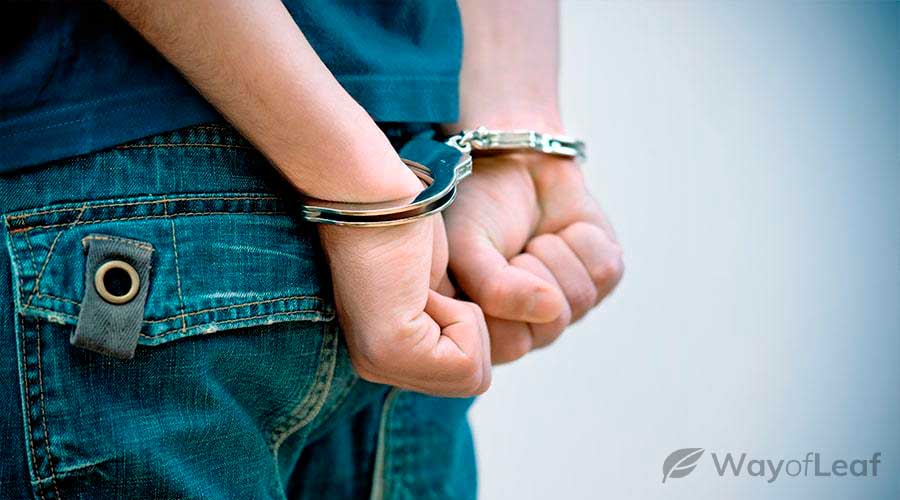 Is The Tide Slowly Beginning To Turn?

Nowadays, punishment for marijuana crimes in Ireland tends to be less harsh than they are with other illegal drugs. Over the last 20 years, we have no doubt seen a level of tolerance build up in terms of cannabis-related use and possession.

Still, full-scale nationwide legalization seems far off. There have been several attempts at legislative reform, but nothing that has garnered much support within the Irish government. For example a motion was introduced in 2013 that would have legalized the cultivation, sale, and possession of cannabis products, but it received little support and eventually lost out with a vote of 111 in favor, to just 8 in support.

Similarly, in 2015 Aodhan O’Riordain (Minister of State in charge of the National Drugs Strategy) publicly announced his support for decriminalizing cannabis (along with heroin and cocaine) for personal use. It ended up being a costly decision, as he lost his seat in the following year’s election!

The Irish Government Approves Medical Marijuana for the First Time

December 2016 was perhaps the biggest month in history for medical marijuana advocates in Ireland. Gino Kelly of People Before Profit introduced a private member’s bill to legalize medicinal marijuana in the country, and the Irish government considered for the very first time the allowance of cannabis for patients with serious illnesses such as fibromyalgia and multiple sclerosis.

At the time the bill was introduced, Kelly spoke to a national newspaper and outlined substantial evidence regarding patient preference for marijuana rather than prescription drugs. He also suggested that the War on Drugs was a ‘miserable failure.’

In the same month, the government issued its first-ever MMJ license for a two-year-old boy suffering from Dravet syndrome (a rare form of childhood epilepsy). Still, this decision started a trickle rather than a flood of medical marijuana applications. Over the course of the following two years, there were less than two dozen approved MMJ patients in Ireland.

June 2019 saw yet another step towards medical marijuana legalization in Ireland. Simon Harris, the nation’s Health Minister, signed legislation to enable what’s now known as the Medical Cannabis Access Programme. This programme is designed to operate on a pilot basis for a total of five years. At the time, Harris acknowledged that the scheme would take several months to establish.

The big day came two years after Harris had initially announced his decision to establish an MMJ plan. It was a significant delay that caused friction between opposing sides in government. Reasons for the hold-up included difficulties in finding a quality-assured supplier capable of delivering to Ireland.

According to the new scheme, a medical consultant can prescribe a marijuana-based treatment for patients under their care. However, only patients with the following conditions qualify:

In all cases, only individuals who have not responded to standard treatments are eligible. The new law also allowed pharmacists to dispense medical cannabis. The cost is the same as any other prescription. Patients who are part of the drug payment scheme are covered under that particular rule. Meanwhile, medical card holders receive their usual dispensation when it comes to prescription charges.

Harris said it is a ‘last resort’ treatment for patients. At the time, patients had to travel to the Netherlands to acquire their medicine legally.

MMJ Is Finally Legal in Ireland

After a long delay, the Irish Department of Health finally announced the direct distribution of cannabis to Irish MMJ patients in December 2020. The new measure expanded the reach of the 2019 rule. The global pandemic restricted travel. Therefore, in April 2020, the Irish Government agreed to allow the delivery of marijuana from the Netherlands to Ireland. That delivery system is now permanent.

Incidentally, pharmacists are still unable to dispense cannabis to licensed patients. Therefore, patients must rely on the existing delivery system. Finally, at present, the Health Products Regulatory Authority has only approved the following cannabis products:

Could Ireland Grow Its Own?

As mentioned, one of the obstacles was finding a suitable grower and supplier overseas. However, Harris admitted that if the scheme is a success, Ireland could grow marijuana. Dr. James Linden of GreenLight Pharmaceuticals is confident that his homeland is an ideal breeding ground for marijuana farms.

He claimed that Ireland’s climate is better than the Netherlands for cultivating cannabis plants. Bear in mind that the Dutch do an outstanding job of growing it under lights. According to Linden, Ireland benefits from a temperate climate with less concern about the excessive summer heat. This is an issue in the Netherlands, for example.

More to the point, Linden knows of several suitable locations for marijuana farms. He mentioned areas such as Donegal, Derry, Carlow, and Longford. However, he also pointed out that the country needs a massive growth area to satisfy the demand in the future. Linden said that the cost of setting up a suitable facility was around €15 million.

There Is Still Significant Opposition

While the recent legislation is excellent news, the likelihood is that medical marijuana legalization in Ireland is a long way away. A study by Smyth et al., published in the Irish Medical Journal in October 2019, outlined a few areas of concern. The main issue surrounds the usage of the plant among adolescents. According to the study, cannabis causes the most ‘disability’ amongst older teenagers out of all illicit drugs.

Perhaps more pertinently, the study suggested that the risk of dependence is highest amongst those who start using it at a young age. The researchers looked at data from three national treatment databases and two national population surveys. They focused on people aged 33 and under. The research also pointed out that the rate of marijuana-related hospital admissions increased by 200% from 2005 to 2017.

The road to medical marijuana legalization in the Emerald Isle is a long and treacherous one. After decades of campaigning, a sliver of light is now visible at the end of the tunnel. There is a medical cannabis program of sorts in place. Even though it is limited to a small percentage of the population, it is sure to attract many applicants. If it is successful, who knows what the future will hold?

On the downside, it is a five-year trial. It is doubtful that anything positive will happen on the legislative front during that time. Things will get extremely interesting if Ireland decides to grow its marijuana, however.

The potential to earn additional tax revenue and supply to a global market could be too much to resist for the Irish government. Of course, any further legalization attempts will meet stiff opposition that points out the damage caused to younger users.

Related article
How Much Does Weed Cost in the UK? [Update for 2023]