It is a fascinating question, and the answer depends on a vast array of factors. First of all, let’s get the obvious information out of the way. Driving while under the influence of marijuana counts as a DUI or DWI. Even in states where recreational cannabis is legal, operating a vehicle after doing so is not. This article on cannabis and driving helps clear things up.

Also, if you turn up to work stoned, there is a chance that your employer will terminate your contract. In most states, a company can randomly test you for THC-metabolites. If you test positive, you could lose your job.

There are also strict rules on marijuana possession in states where it is legal. Depending on where you live, you can only buy or carry ‘X’ amount of weed. It is also illegal to use it anywhere other than your home or a private residence. You can expect an arrest if caught smoking cannabis in a public place. End of story.

Matters are decidedly less clear when it comes to being high in public. Can a police officer pick someone off the street because they suspect the person is stoned? It is a tricky legal matter and one we try to analyze in-depth in this article. We also used the knowledge of legal experts to help answer the title question.

Public Intoxication – How Drunk Is ‘Too’ Drunk?

Before we look into the issue of being high in public, let’s check out existing laws for being too drunk in public. Law enforcement lookout for several signals that a person meets the criteria for ‘public intoxication.’ The most obvious one is if you are unable to take care of yourself. For instance, if you are sitting on a curb or lying on a sidewalk looking like you’re about to pass out.

Another basic rule is to go after people who are loud, obnoxious, belligerent, and in the faces of other people looking for a fight. According to Diana Aizman, a lawyer based in Los Angeles, you are in danger of a public intoxication arrest if you pose a threat to yourself or those around you. In these cases, a cop will not breathalyze you. Instead, they will base your apparent drunkenness off their judgment.

Believe it or not, a police officer can go into a bar and arrest you for being too drunk! However, they almost always wait until such an individual leaves the bar. That is unless the bar staff contacts the police asking for assistance. You can also get arrested for being drunk while riding a bike, scooter, or skateboard. It is called Boating Under the Influence (BUI).

Now that you realize what needs to happen for a public intoxication arrest, it seems logical that the same rules apply to marijuana. The definition also includes being visibly under the influence of drugs in public. However, it isn’t as straightforward as putting intoxication from alcohol and cannabis in the same category.

States such as Nevada, Missouri, and Montana don’t have a law against being drunk in public, nor does the city of Milwaukee. However, the same rules don’t necessarily apply when you’re stoned.

It All Depends on Where You Live

For example, residents of Oregon can breathe easy. Being stoned in public is not considered unlawful behavior within that particular state. Of course, things change if you are harassing people or engaging in borderline criminal behavior while stoned. However, you can get high in your house in Portland, and walk down the street safe in the knowledge that you won’t end up in a police car.

At the time of writing, no Oregon law says cannabis intoxication is illegal in itself. In fact, the state explicitly outlaws local governments from implementing public intoxication arrests. It seems as if common sense has come to the fore here. There is a tacit admission that homeless individuals are more likely than average to have substance abuse problems. As a result, they may appear intoxicated in public. 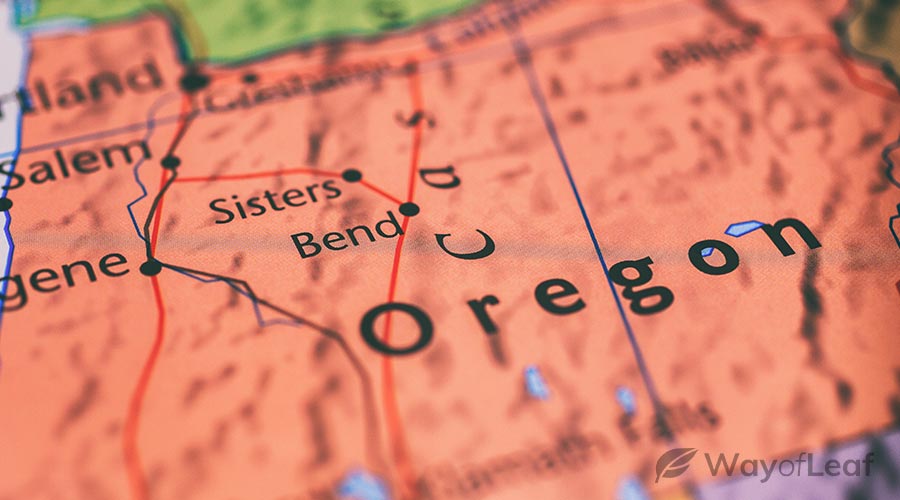 The United States Supreme Court has also decided that criminalizing addiction is ‘cruel and unusual.’ In Oregon, the state has a long history of treating intoxication in public as a health issue instead of a crime. If an individual is intoxicated to a dangerous degree, police have the power to bring them to a medical facility, but not a cell.

Therefore, if you are stoned in Oregon and NOT committing a crime, you are safe from arrest. It is a similar tale in Washington and Colorado. In both states, recreational cannabis is legal. You can consume weed in a private residence, and walk the streets without fear of police intervention. Again, this is dependent on you obeying the law in a general sense.

Unfortunately, it is not the case in every state, even those with a historically lenient stance on cannabis.

Watch Your Step in the Golden State

California was the first state to legalize MMJ. Though it took over 20 more years, the Golden State finally permitted recreational cannabis. However, not everything is positive regarding cannabis in the vast region. For a start, there are dozens of municipalities that don’t allow recreational businesses to operate.

Also, employees don’t have a great deal of legal protection in terms of drug screenings. If you test positive for THC, you could lose your job. Bear in mind that THC metabolites can remain in your system for days, if not weeks after you last used marijuana. Therefore, you could have a couple of joints on your day off, but possibly lose your job if tested on the following day. This is despite the fact you are not stoned at work!

California also doesn’t have the same rules regarding public intoxication as Colorado, Washington, and Oregon. If you are high in public, you could be arrested, depending on what you are doing. Here are a couple of state laws which highlight this point:

In essence, Californians are at risk of arrest if high in public. It can occur if a police officer believes you are a danger to yourself or others.

What Is the Situation in Other States?

Aside from Colorado, Washington, and Oregon, it is possible to get arrested for being high in public, depending on the circumstances. Goldman Wetzel is a law firm that operates out of St. Petersburg in Florida. It outlines the situation behind being high in the state on its official website.

The state of Florida has an MMJ program. Cardholders can buy weed from a licensed dispensary. They can also use it at home or in a private residence. However, once a Floridian is high in public, they enter a gray area. It is against the law under certain conditions. For example, Florida Statutes 856.011(1) states that an individual can face disorderly intoxication charges.

It happens if they are “intoxicated and endanger the safety of another person or property.” The term ‘intoxicated’ relates to various drugs, not just alcohol. You also face arrest if you cause a public disturbance. If you are arrested and charged, you could receive a $500 fine and up to six months in prison.

Your Body Is a Container

Meanwhile, in Utah, according to Attorney Darwin Overson, illegal drugs remain a high priority for the police. He says that in most cases where the police suspect you are high, they can search your vehicle, person, or belongings for evidence that you have an illegal drug.

There is even an ‘internal possession’ law, which occurs when police find drugs in your body’s internal systems. It is a charge seldom used in Utah to prosecute individuals found high in public. Proving it involves showing that the defendant ingested a controlled substance, or had a measurable amount in their body. Law enforcement can’t approach a person in the street and ask them to submit to a drug test.

If you are a Utah resident, you must also show caution even when using marijuana indoors. You can get arrested in your property if you are intoxicated to the degree that endangers yourself or others. In the state, intoxication is a Class C misdemeanor. It carries a potential 90-day prison sentence and a fine of $750.

A few years ago, Missouri passed a law stating ‘your body is a container.’ The idea was to prosecute minors if they were found drunk. However, one side effect is that you are considered in possession of any chemical you have used. In theory, you could be arrested for marijuana possession because you smoked a joint at a friend’s house. However, in practice, it isn’t something that law enforcement uses.

In Texas, you can get charged with public intoxication if a cop even suspects you are high. They don’t need any other reason to arrest you. It is a similar story across the United States. Definitions of intoxication vary; you can get stoned without problems in one state, and face a legal battle in the next.

I Was Arrested for Being High in Public? Can I Fight It?

Yes, and there is no shortage of legal firms ready to take your case. However, you have to determine if it is worth pursuing a potentially messy and expensive battle. If you could end up with a fine and no criminal record at worst, it is best to let it lie. If you face a misdemeanor charge and possible jail time, it is a different story.

Arresting someone for being high on marijuana isn’t easy to prove. In some states, the police must prove actual intoxication for a conviction. In others, appearing intoxicated is enough. Check out your state’s criminal laws before proceeding any further with your fight.

Again, depending on where you live, the cop must prove you were endangering yourself or others. Alternatively, they need to demonstrate that you were causing a public disturbance. Even if you caused a disorder, you could say you acted in self-defense.

Let’s say you were acting strangely. Perhaps you were sauntering like a zombie when the police officer found you. It is possible to claim you were tired. Remember, in the United States, you are innocent until proven guilty. The burden of proof lies with the prosecution.

Final Thoughts on Getting Arrested for Being High in Public

If you live in Colorado, Oregon, or Washington, you can legally purchase a specific amount of weed if you are 21+ years old. Then you can go home, light up a joint or three, and get stoned. Feeling hungry? You can leave the house, go to the local pizza place, and enjoy a pepperoni feast. As long as you don’t commit a crime while high in these states, the cops will leave you alone.

Unfortunately, things are not as straightforward in many other states. In some, the police can pick you up on suspicion of being high in public. It isn’t an easy charge to prove, but a conviction could result in a misdemeanor added to your criminal record. If you are in this situation, make sure you get in touch with a licensed attorney to determine the next step.