It would be downright wrong of us to suggest that smoking weed has no deleterious effects on your lungs. Of course, if you peruse any anti-drug websites, they will make some pretty outrageous and careless claims. Back in 2008, it was said that one study in New Zealand proved that smoking marijuana joints was 20 times more likely to give you lung cancer.

It was actually published as ‘news’ by the British Lung Foundation (BLF). What it failed to include were the results of other, more extensive and more relevant, studies which showed the complete opposite effect.

Donald Tashkin is one of the most prominent researchers when it comes to digging into the effects of marijuana smoke on the respiratory system. In 2013, he published one of his most significant studies, Effects of Marijuana Smoking on the Lung in the Annals of the American Thoracic Society journal.

During three decades of research, he found that smoking up to 20,000 marijuana joints didn’t increase the risk of lung cancer. He also pointed out that tobacco smokers go through FAR more cigarettes than a weed smoker goes through joints. How often have you heard of someone smoking 20 joints a day, let alone 40?

Incredibly, Tashkin even found that THC could have an anti-tumoral effect where cells die before they are old enough to develop the mutations that lead to cancer. In 2005, Robert Melamede had a study published in the Harm Reduction Journal. During his research, he found that cannabis and tobacco smoke “are not equally carcinogenic.”

Oddly enough, the BLF didn’t update its findings when these studies became public.

However, it isn’t all good news for marijuana users. In 2006, Tashkin pointed out that “Chronic cough (often accompanied by increased production of phlegm and wheezing, but not shortness of breath) occurs in over approximately 25 percent of habitual smokers of marijuana and resolves soon after cessation of marijuana use, provided that the marijuana smoker does not also smoke tobacco.”

When you combust marijuana through the process of lighting a joint, you expose yourself to an array of potentially harmful substances. While it seems highly likely that cannabis users are at less risk than their cigarette smoking counterparts, it is simply incorrect to state that smoking a joint carries no risks whatsoever.

If nothing else, smoking weed can lead to a really annoying cough that irritates the lungs.

Why Do I Get a Canna-Cough?

In his 2013 study, Tashkin found that regular weed smoking causes “visible and microscopic injury to the large airways that is consistently associated with an increased likelihood of symptoms of chronic bronchitis.” Interestingly, he found that these episodes stopped after the cessation of use.

His research seems to suggest that chronic coughing brought on by marijuana smoking is a short-term issue which doesn’t have a negative long-term effect on health. When you add in his earlier research, it seems as if one-quarter of regular marijuana smokers will experience canna-cough at some point in their lives.

To be honest, it shouldn’t be a surprise that inhaling smoke, whether it is from a joint or a tobacco cigarette, causes people to cough. After all, the smoke irritates the lining of the throat and esophagus. If you’ve ever taken a hit of a joint or a bong, and started coughing straight away, it was a sign that your lungs were attempting to release the smoke and refill the body with oxygen.

If you begin to cough when you’re not smoking, it is your body’s way of telling you that it has had enough. Novices could experience random coughing fits for up to a week after their first smoke!

Some believe that coughing enables them to get even higher. In theory, coughing helps your lungs to expand more and take in extra smoke. When you inhale more THC-heavy smoke, you’ll unquestionably become more stoned. Of course, you can stretch your lungs more naturally through breathing exercises.

When you stretch your lungs this way, you’ll experience increased blood flow to the alveoli, which results in more cannabinoid absorption. To be honest, if you’re coughing a lot after smoking, you’re not able to enjoy the high, and it can be a real pain in the ass. As a result, we have come up with 5 tips to help you cough less when smoking cannabis.

1) Add a Percolator or Diffuser to Your Bong 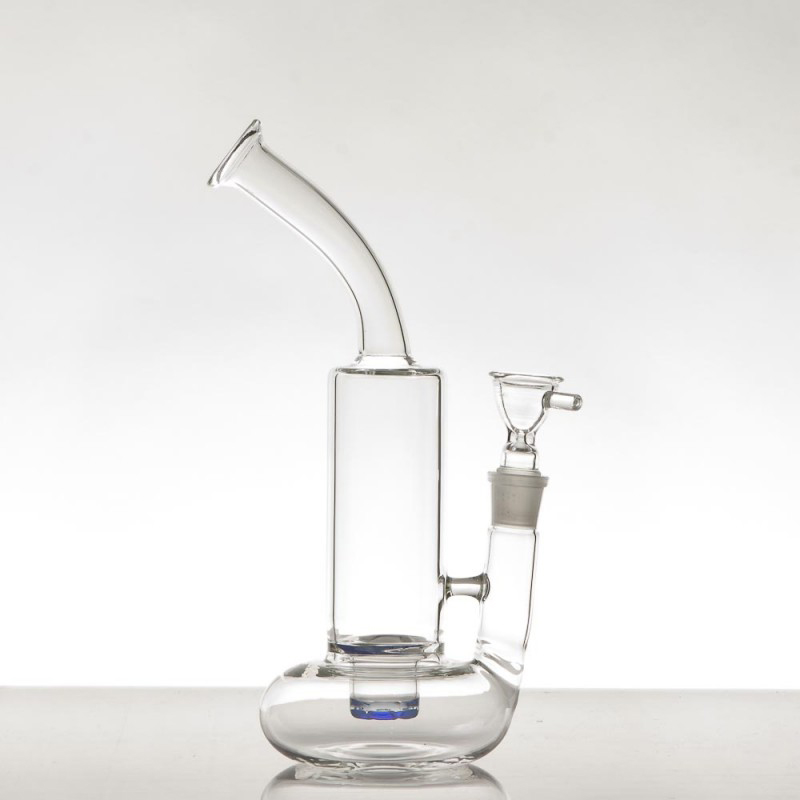 Also known as a ‘perc,’ a percolator is an extra water chamber added to a bong tube’s main shaft. If you go shopping for a perc, you may be confused by all the different designs. Don’t worry! While the design may be different, each one has the same purpose. When you add an extra water chamber, you enjoy an increased smoke to water ratio. In other words, your smoke is more refreshing when you inhale it, which means a smoother hit and less chance of coughing.

A diffuser is an additional down stem for the bong. It is closed on the end with a lot of tiny holes. When you use it, the smoke will reach the water in smaller amounts. The result is that a greater surface area of the smoke makes contact with the water, so you get a smoother smoking experience.

How often have you had an enormous hit followed by a fit of coughing? If this sounds like you, there is every chance that your lung capacity simply isn’t high enough to handle so much smoke.

If you’re curious, you can always request a spirometry test to check your lung capacity. It is a simple examination to find out how much air you can breathe out in a single forced breath. A spirometer is a small machine attached to a mouthpiece by a cable. If you don’t want to take this test, focus on taking smaller hits to see if it helps reduce your coughing rate.

On the flipside, attempting to breathe slowly and inhaling deeply into your lungs could also reduce instances of coughing. If you tend to cough a lot while using weed, it could be because you are hesitant when inhaling, which causes smoke to get stuck in the throat. The result is a lot of coughing!

It is a mistake to try and smoke a joint like a cigarette because smoke from weed is slower moving and thicker than tobacco, which means a deeper inhale works best. 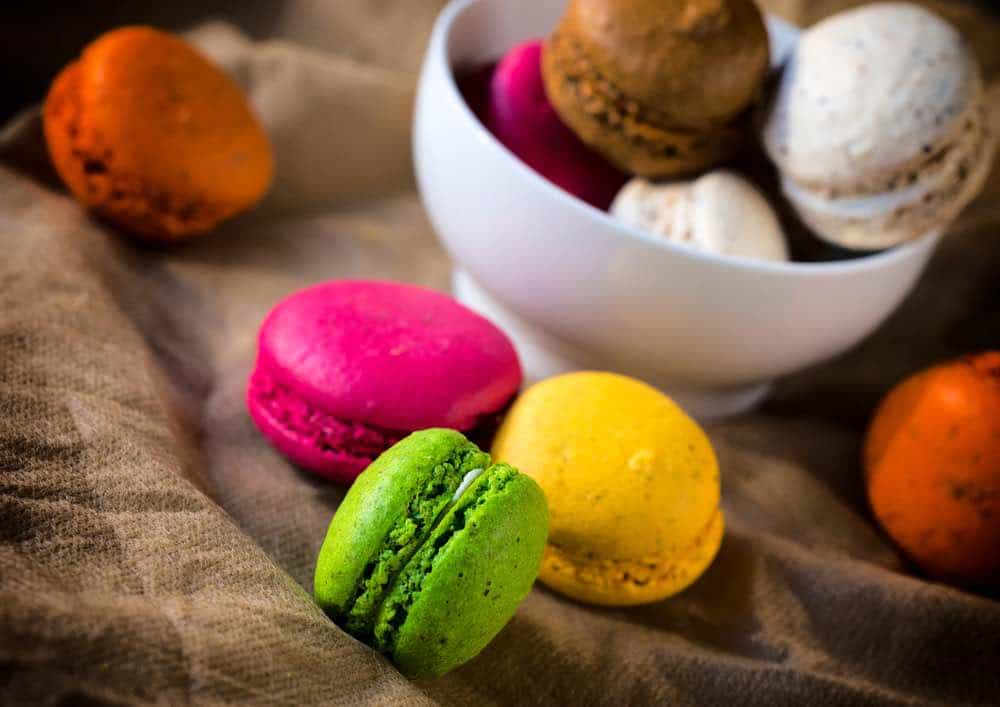 While it is true that smoking weed can result in a faster-acting high, it isn’t the only way to consume the herb! If you don’t mind waiting for the high and are happy to weigh the time delay against the lack of coughing, edibles could be the way forward for you. The edibles on the market today are delicious! You can get gummies, chocolate, or make your own wonderful recipes at home with decarboxylated weed.

For a full range of Cannabis Edibles, check out our recipe section.

4) Get High-Quality Weed & Grind It 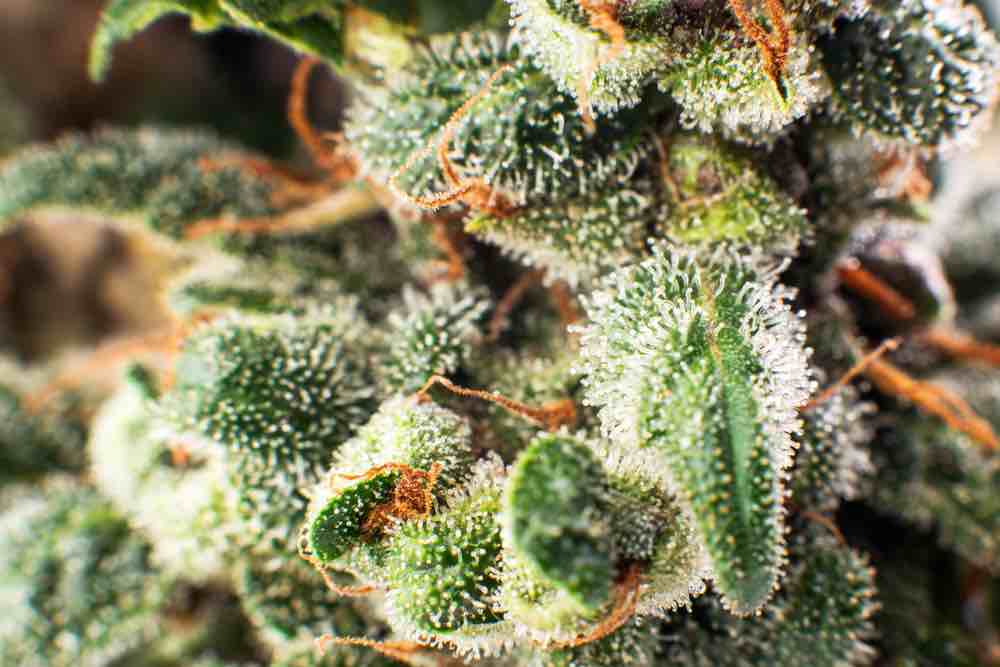 The next time you are down at your local dispensary, ask the budtender about the cultivation process. For example, it is useful to know how the weed is stored and how long has it been sitting around. Any mold or mildew will ruin your experience. It’s a bit like eating stale food.

You should also inquire as to whether there are any pesticides or herbicides in the weed. Furthermore, poorly dried or cured cannabis, or low-grade schwag, will produce a much harsher smoke with coughing fits almost an inevitability.

Once you have high-quality dank weed in your hands, the next important step is to grind it. Do yourself a favor and invest in a top-notch 3 or 4-chamber grinder. Quality grinders provide you with evenly-ground, fine weed that allows for a smooth burning joint or bowl. It only takes one ‘hot-spot’ in your marijuana to cause a coughing fit.

It is also important to remember that coughing has everything to do with the amount of oxygen you inhale when smoking. If you roll a joint too loosely and leave a lot of space between the paper and the weed, you are likely to cough severely. Likewise, if you roll your joint too tightly, there is no airflow which causes you to drag harder and cough more.

Related Article: How to Determine the Quality of Your Weed 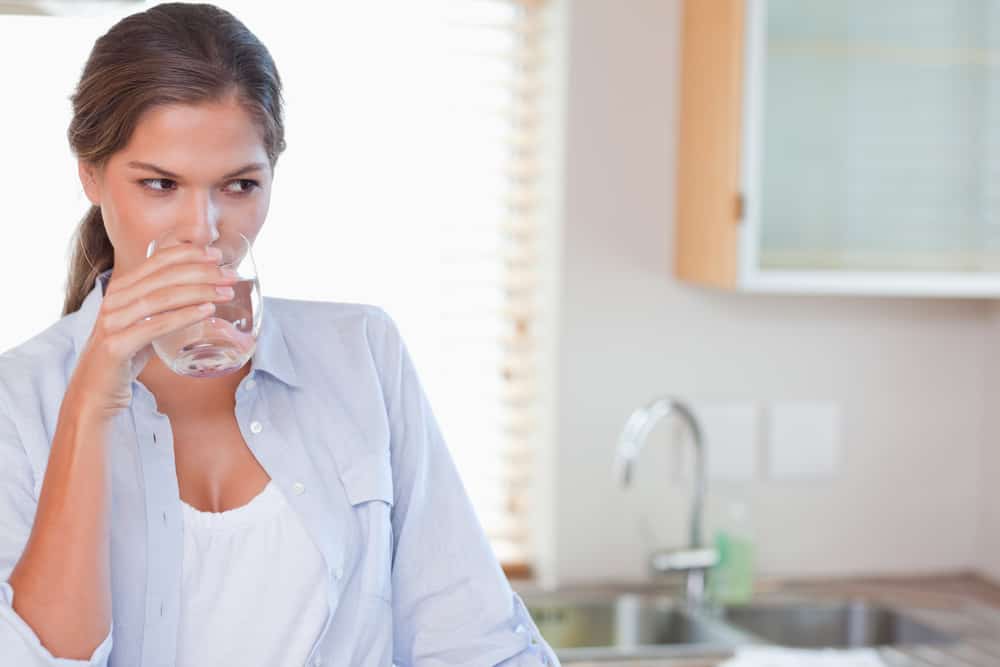 Even if you follow all of the tips above, there is still a chance that your lungs will become irritated and cause you to cough. Keep a glass of water beside you and drink from it before, during, and after your smoking session. If your throat is already irritated, it won’t take much to cause a coughing fit.

Experienced users may also elect to suck on boiled candy or chew gum to increase the production of saliva. Staying hydrated also helps limit the impact of symptoms if you happen to consume too much smoke and begin to cough.

If you perform enough research, you should find plenty of other tips to help reduce the likelihood of coughing when you smoke a few joints or rip out some bong hits. Other useful tips include:

There may be some occasions where you find it almost impossible not to cough when you use marijuana. However, we recommend trying at least a couple of the tips we have mentioned above. If you don’t have success with these tips, consider using a vaporizer instead. It should allow for a smoother smoking sensation and hopefully, cause far less coughing.