Hemp fabric is making a comeback after decades away. The 2018 Farm Bill means that it is permissible to grow hemp with a license throughout the United States. The main caveat is that each state must submit its plan to the US Department of Agriculture. To date, almost every state has done so.

Indeed, there were only three states where hemp wasn’t yet legal to grow until recently. Mississippi was one of the holdouts, along with South Dakota. Both have since relented, leaving Idaho as the only state where hemp production is illegal.

Much of the hemp cultivated today is for the CBD industry. However, there is already a surplus, which means other sectors will use it.

Given the number of advantages associated with hemp fabric, it is only a matter of time before that particular market swells.

Hemp clothing requires a makeover, at least in terms of perception. It is associated with unfashionable designs that are the antithesis of trendy. In reality, there are plenty of talented designers eager to work their magic on hemp.

What this article aims to do is outline how manufacturers make hemp clothing. It is an eight-step process that’s labor-intensive. Let’s take a closer look.

How Is Hemp Fabric Produced?

It all begins with hemp cultivation and culminates in a spinning process. This is designed to produce a higher quality yarn. Incidentally, there is a partly synthetic hemp substitute called rayon or hemp viscose. It is cheaper to make but has many downsides in terms of environmentally friendliness and quality. 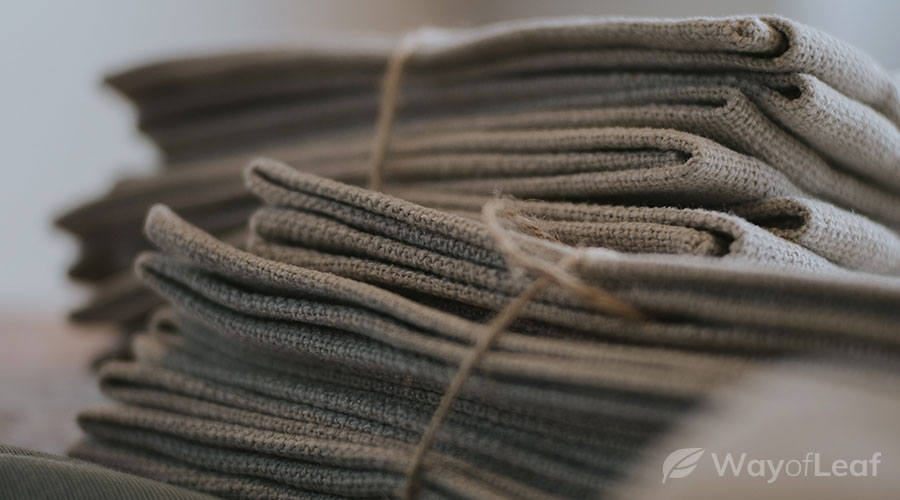 Now, let’s go through the eight-step process to create the yarn used for hemp clothing.

One of the great things about hemp is its ability to thrive in various environments. The main exceptions are high mountain and extreme desert regions. Hemp absorbs what’s in the soil, so growers need to test it before planting the seeds. The soil must not have a high degree of potassium sulfate, sulfur, or rock phosphate.

In general, the growing cycle for hemp is 108 – 120 days. Hemp is a relatively easy plant to grow organically because it doesn’t need many nutrients. It is also highly resistant to pests and diseases. Farmers tend to plant seeds densely to get plants with tall, slender stems. Such a crop will have plants with a high amount of fine fibers, ideal for creating fabric.

After approximately 90 – 100 days in the ground, the hemp plant’s head is usually matured. Growers must closely analyze the crop to see seed heads developing from the bottom and moving up. After maturation, they expose their seeds. Farmers can then air dry them.

This process involves using moisture and microbes to break down the pectin (chemical bonds) that hold the hemp stem together. This leads to easier separation of the bast from the woody core, called the shiv or hurd. While some manufacturers perform retting via the direct use of enzymes, most follow one of these two methods:

After finishing the retting step, the farmer dries the stalk to the point where the moisture content is below 15%. Then they bail the stalk and get it ready for the next part of the process.

This step involves passing the stalks through fluted rollers. They crush and break the hurd into small pieces and separate some of the fiber. Up until the early 20th century, it was an extremely labor-intensive process.

However, everything changed with the invention of the Schlichten decorticator in 1917. This machine enables workers to keep the leaves on the stalks during the breaking process. At the time of the invention, it seemed as if the decorticator would take hemp to the next level. Sadly, prohibition followed within 20 years.

The next step involves beating the broken stems. By ‘scutching’ them in this manner, you separate the fibers you want from the hemp plant’s woody core.

This is the term for combing the stems to get rid of any unwanted particles. It also ensures the fibers are further aligned into a long sliver. The short fibers produced during separation are called tow. The long fibers are called line, and a single strand can reach over five meters long.

In the penultimate step, the workers twist the sliver and draw it out to boost its strength. They wind it on spinning bobbins to get it ready for the last piece of the puzzle.

This is the process of twisting and drawing out the hemp fibers. The goal is to create a smooth, continuous yarn. When using hemp, you can perform wet or dry spinning. Wet spinning is best for finer yarn, while dry spinning is ideal for coarser yarns. In general, manufacturers use wet spinning because hemp offers bast fibers.

It is possible to complete the process via manual spinning using a spindle. This is a thin, round rod with tapered ends. It also has a weight attached to it.

Related article
Hemp vs. Linen [Which Is Best]

How do these natural fibers st…

In the modern era, mechanical spinning is preferred because its manual counterpart is time-consuming and requires a lot of manual labor. Even so, the mechanical spinning process is far from straightforward. It involves doubling, which refers to combining the fibers. This is a crucial step to ensure the yarn’s thickness is uniform.

Then it is necessary to begin drawing or drafting the fibers. This means passing them through several rollers to straighten the yarn. Each subsequent roller turns faster than the previous one. Here are the rest of the steps in bullet point form:

With the fabric ready for use, some clothing manufacturers try to add an organic dye. This is a challenging process because it isn’t easy to dye hemp fabric. Once this is finished, the final step is to stitch the fabric into the desired design.

The process outlined above is the tried and trusted way to create the fibers necessary for hemp clothing. The result is an extremely strong fabric that’s durable enough to last many years. Once you are finished with the item, you can recycle the fabric. 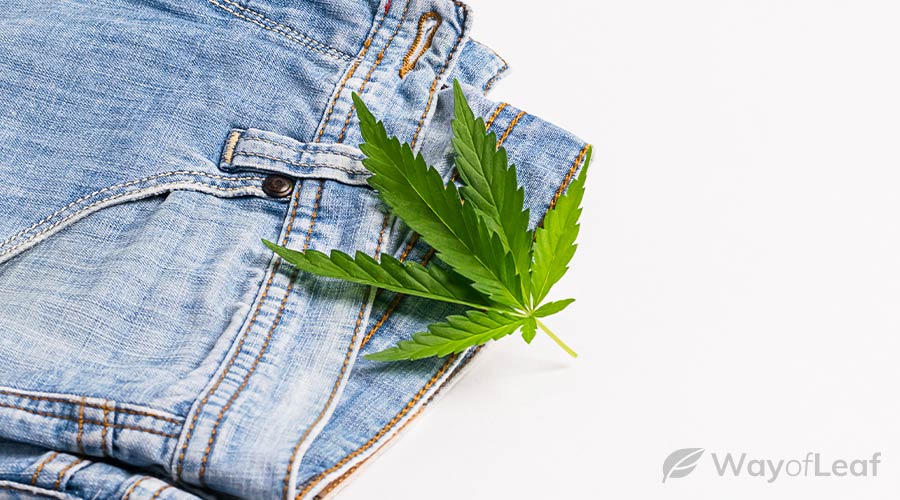 The shift to sustainable clothing in the United States has already begun, and hemp is likely to become a star of the show. Hemp clothing is comfortable, stylish, and will hopefully be easy to find in the near future.

Related article
How Much Would It Cost to Build a House out of Hemp?

Is it worth the money? …