August 2, 1937, was a black day for marijuana. It was on this day that the United States enacted the Marihuana Tax Act. Also known as H.R. 6385, Harry Anslinger of the Federal Bureau of Narcotics (FBN) drafted it. On April 14, 1937, it was introduced into the 75th Congress by Robert L. Doughton, a Republican from North Carolina.

It was redrafted as H.R. 6906 and remained in effect until 1970 when Congress repealed it. This was the year after Leary v. United States, a case heard by the Supreme Court, which ultimately concluded that the Act was unconstitutional.

What Did the Marihuana Tax Act Do?

According to the Marihuana Tax Act, importers had to register and pay $24 per annum in tax. Sellers had to purchase marijuana stamps but were arrested if they tried to buy any. It is also probable that very few, if any, stamps existed at that stage (they were made available during the 1940s).

The Marihuana Tax Act of 1937 is widely misunderstood. In theory, it wasn’t a total prohibition of cannabis. Instead, it implemented a host of taxes, restrictions, and regulations that made it almost impossible to purchase or sell weed in practice.

As a result, when the Act became law on October 1, 1937, arrests followed swiftly. Moses Baca was arrested in Denver within a day for possession. Police arrested Samuel Caldwell a couple of days later for selling cannabis.

The interesting thing is that the government didn’t classify marijuana as a major health issue in the early 1930s.

This is even though those who wanted to get rid of weed had begun their propaganda campaign much earlier. So how come the Marihuana Tax Act was pushed through so quickly, despite opposition from the American Medical Association (AMA)? Read on to find out.

Humankind has used cannabis for its healing properties for thousands of years. However, the ‘West’ was slower than most to reach this conclusion. In the 1830s, an Irish doctor named Sir William Brooke O’Shaughnessy brought it to ‘Western’ attention. He learned that cannabis extracts were effective against cholera symptoms such as vomiting while he was in India.

Within a few decades, Americans regularly used marijuana for insomnia, inflammation, migraines, and stomach aches. There was no such thing as regulations until the early 20th century. As there were no illegal drugs, heroin, cocaine, and other illicit substances were widely available.

Things began to change with the Pure Food and Drug Act’s implementation. President Theodore Roosevelt signed it into law on June 30, 1906. On the surface, it was a good decision because it ensured accurate labeling.

The aim was to improve the health and safety of food and to educate people. However, it also helped lay the groundwork for a series of prohibitions. Cannabis was classified as one of the drugs that required special labeling.

The 1914 Harrison Act helped make opiates illegal by placing a hefty tax on prescriptions. It also allowed for federal regulations. Once the federal government got started, it didn’t stop. The Volstead Act of 1919, enforced in 1920, prohibited the manufacture and sale of alcoholic beverages.

It was also at this time that the public’s attitude towards marijuana changed. In 1907, the Poison Act in California classified cannabis as a poison. In 1911, Massachusetts became the first state to prohibit marijuana. It was followed by New York, Maine, Wyoming, and Texas before 1920.

The people who are making a ch…

At the International Opium Convention in 1925, the United States supported the regulation of hashish, also known as Indian hemp. The Uniform State Narcotic Drug Act was first drafted in 1925 and finalized seven years later.  The FBN, formed in 1930, encouraged states to adopt the act. The legislation included uniform safeguards for trafficking narcotics in all states.

The FBN’s boss, Harry Anslinger, was tasked with outlawing all recreational drugs. In 1936, the United States refused to sign the Geneva Trafficking Convention’s final version because it was deemed too lenient. Even so, the nation didn’t entirely outlaw cannabis weed at this time.

In 1930, only 16 states had passed laws prohibiting marijuana. Yet, seven years later, there was no state opposition to the Marihuana Tax Act. The AMA was against the act and even argued against it in court. The AMA did not believe that weed was the killer drug of lore and suggested adding it to the Harrison Act. So, why did Anslinger find it so easy to implement his precious act?

It was an old-fashioned fear of immigrants that helped drive marijuana prohibition. There was a significant increase in Mexican migrants in the United States from 1910 onwards. The violent Mexican revolution began in that year and ultimately claimed millions of lives.

Families fled across the northern border into the relative safety of the United States. From the very beginning, state and national media tried to turn public opinion against the immigrants. The media branded them as violent, lazy criminals bent on destroying the American way of life.

Marijuana was a popular recreational drug among immigrants. Therefore, it was easy to include it in the various character assassinations that appeared during this era. According to the media, cannabis was the main reason why immigrants committed so many violent crimes. African-Americans were also on the receiving end of terrible treatment. 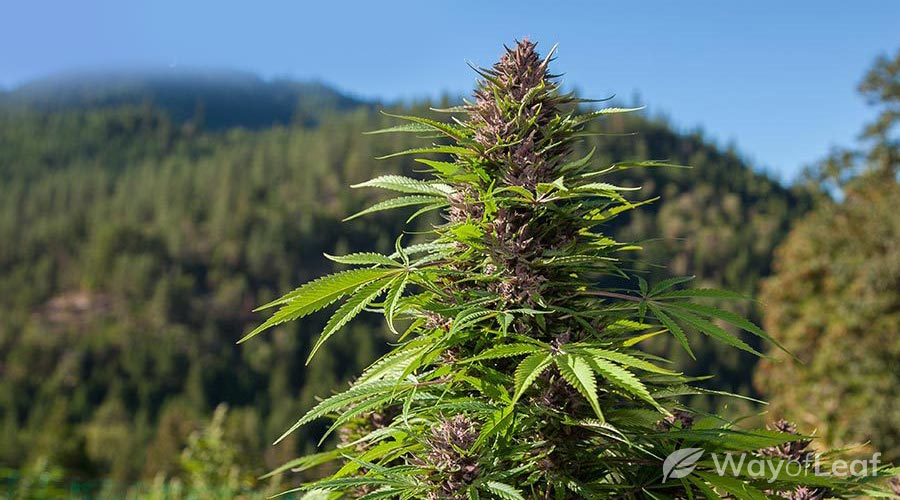 Even so, cannabis use was on the rise in states where it was legal in the 1930s. Something had to be done. At this stage, wealthy tycoons with a vested interest in outlawing weed came on the scene. There was Andrew Mellon, America’s wealthiest man, the Secretary of the Treasury. He had a significant investment in the DuPont company. The Treasury was behind the Federal Bureau of Narcotics.

DuPont developed nylon in the 1930s. Hemp fiber was a significant rival to nylon, so it benefitted the DuPonts and Mellon to remove weed from the scene. Then there was William Randolph Hearst, the media magnate.

He also made a fortune in the logging and timber industry. Hemp was fast becoming popular as a cheaper and more effective substitute for paper pulp. As a result, Hearst was worried that his assets would take a significant hit. He didn’t know that hemp lacks the cellulose concentration to be an adequate substitute for paper.

Hearst used the power of the media to wage a propaganda war on marijuana. Newspapers and other mediums told readers stories about how cannabis made people go crazy and murder their families. All of these ‘reports’ were complete works of fiction, but they had the desired effect.

The nadir of the propaganda effort, and perhaps the low point in movie history, was the 1936 release of Reefer Madness. It is an appalling piece of garbage that told lies about the damage marijuana could do. Its $100,000 budget was a fortune at the time. In the film, a group of teenagers is lured into trying cannabis by a shady dealer.

They perpetrated all manner of atrocities, including attempted rape and manslaughter. Some of them also committed suicide.

It was one of a long list of anti-marijuana releases, which also included Marihuana in 1936, Assassin of Youth in 1937, and Devil’s Harvest in 1942. Despite the low quality of these movies and the laughably transparent narrative in print media, the propaganda war was a success. There was minimal opposition to the Marihuana Tax Act in 1937. It ensured that cannabis remained underground for decades.

Oddly enough, the U.S. Government did not strictly enforce the act during World War II, when it suited them. When Japanese forces took the Philippines in 1942, the U.S. Army and Department of Agriculture urged farmers to grow fiber hemp. The mysterious tax stamps soon appeared, and farmers received them.

In the final three years of the war, Americans cultivated hemp on 400,000 acres of land. This was even though the Marihuana Tax Act remained unchanged. U.S. farmers continued to grow commercial hemp until the middle of the 1950s.

Leary v. United States ruled the Act unconstitutional in 1969. It was repealed in 1970. Alas, the government introduced the Controlled Substances Act instead, and cannabis remained prohibited.

During the 1960s and 1970s, public opinion was overwhelmingly against marijuana legalization. Even so, the drug was popular amongst the white middle class. In 1996, California became the first state in the modern era to legalize medicinal marijuana. It took over a decade before Washington and Colorado became the first two states to legalize recreational cannabis in 2012.

At present, more than two-thirds of states allow medicinal marijuana. Eleven of these states, plus Washington, D.C., allow recreational cannabis with possession limits. These range from an ounce in general, to 2.5 ounces in Maine.

Even as marijuana becomes legal in various states, it remains illegal on a federal level. In theory, the government could ignore states’ rights and arrest users and sellers in every state. The war on marijuana may have begun a century ago, but its legacy remains impactful today.