As the CBD market proliferates, so too does the level of misinformation. One of the most pernicious myths surrounds the legality of the cannabinoid. There is a belief in some quarters that cannabidiol is legal in all 50 states. You will see this statement printed on many CBD sellers’ websites as if it were fact.

Contrary to what you might read, the 2018 Farm Bill did not legalize cannabidiol. Instead, it legalized the growth of industrial hemp with a max THC content of 0.3%. As CBD isn’t yet federally legal, each state can introduce its own laws. Today, we outline the situation regarding CBD oil laws in Kansas.

Is CBD Oil Legal in Kansas?

The answer is complicated because there is no black and white legislation. The official line is that residents of Kansas can buy CBD oil with 0% THC. Those who extract cannabinoids from hemp know that guaranteeing absolutely no THC is incredibly tricky. 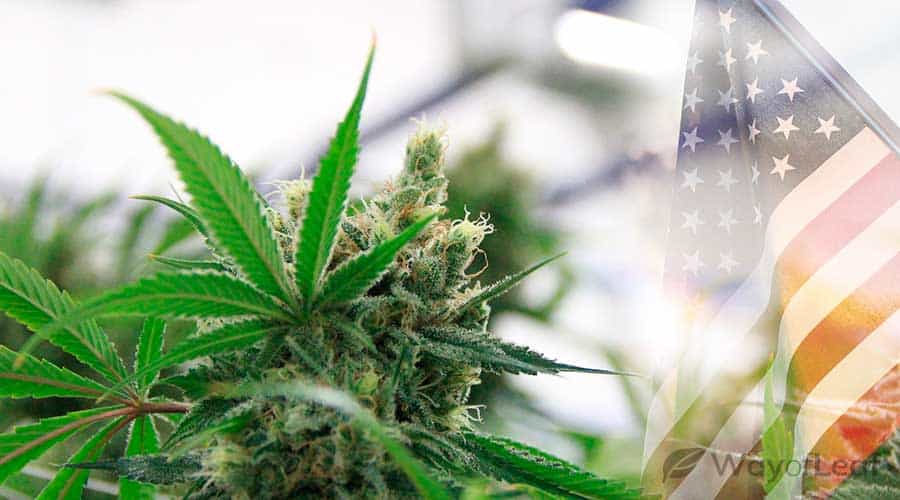 On May 14, 2018, state Governor Jeff Colyer signed Senate Bill 282. It exempted CBD oil from the definition of marijuana. Technically, CBD oil was now legal in Kansas. However, as THC remained banned, any product containing traces of the intoxicating compound remained illegal.

It was confusing for hemp and CBD advocates, manufacturers, sellers, and consumers. The 2018 Farm Bill changed nothing in this regard. Kansas decided that the legislation didn’t legalize CBD. As a result, state lawmakers assumed that cannabidiol remained illegal.

However, there were positive steps in 2019. The first, Claire and Lola’s Bill, was passed in May 2019. It is a protection against prosecution for possession of specific products in Kansas. However, it is a very narrow bill with limited impact.

The Senate Substitute for House Bill 2167, signed in July 2019, shapes today’s CBD laws in Kansas. It established a Commercial Industrial Hemp Program following the 2018 Farm Bill. Prospective hemp farmers can grow their crop if it doesn’t exceed a THC level of 0.3%.

HB2167 generated a tremendous amount of excitement amongst the CBD community in Kansas. Was it finally legal to purchase full-spectrum CBD oil? CBD sellers were gearing up for a major promotional push.

Alas, it was yet another false alarm. A Kansas Bureau of Investigation official wrote a warning. He said that “full-spectrum CBD is not legal.” Instead, “CBD isolate or CBD containing no other controlled substance is what was carved out as legal.”

It was a statement that sent shockwaves through Kansas’ CBD brands. Despite several pieces of legislation, nothing has changed. There have been no significant legislative changes since. As a result, the law in Kansas states that CBD oil is legal, but only if it has 0% THC.

Where to Buy CBD Oil in Kansas?

As things stand, you are only on completely safe ground if you use CBD oil in Kansas with 0% THC. Thanks to Claire and Lola’s Law, there is an exception, but it is very restrictive. Your best bet is to find an online vendor that sells CBD isolate and broad-spectrum CBD oil. 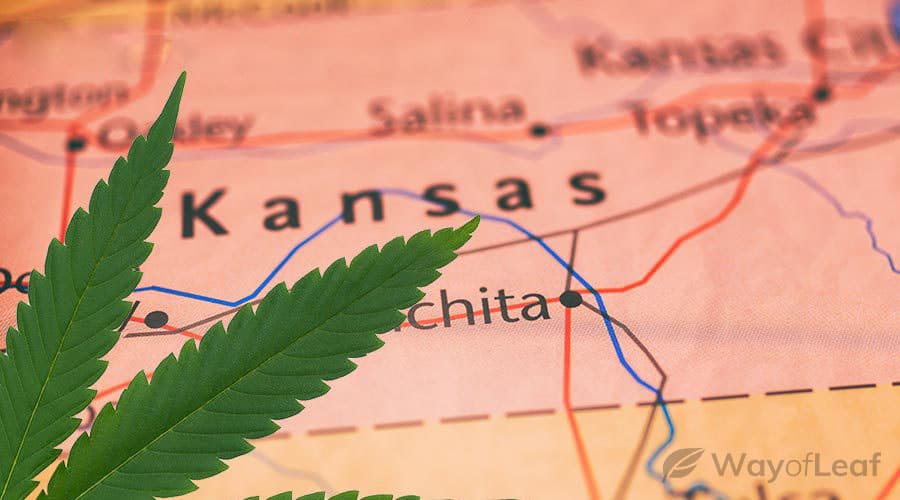 You need a guarantee that there is no THC in the product. The only way to achieve that is by reading a brand’s third-party lab reports. Here are a few online CBD sellers that sell isolate or broad-spectrum products AND provide proof of the cannabinoid content:

Here are five physical stores in Kansas that sell CBD products. All of them have received positive customer reviews. However, remember that you must focus on products with 0% THC.

What Are the Marijuana Laws in Kansas?

Kansas doesn’t have an official MMJ program. Instead, it has an incredibly restrictive law that technically permits low-THC oil but makes it very hard to attain. Kansas first prohibited marijuana in 1927 and hasn’t relented since. 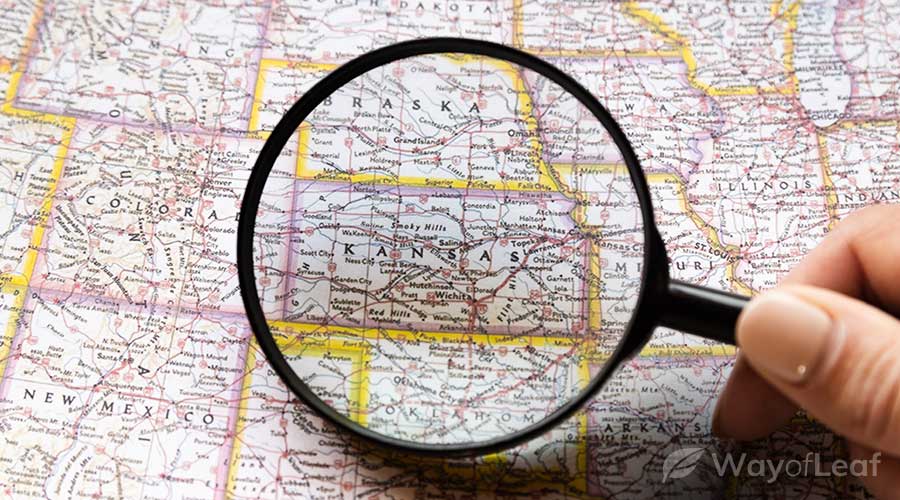 The state has seen several failed attempts to introduce a proper MMJ program. Democrat David Haley pre-filed Senate Bill 9 in January 2013. Known as the Cannabis Compassion and Care Act, it permitted medical marijuana for specific debilitating conditions. If passed, eligible patients could use cannabis and own 12 plants or six ounces. The equivalent bill stalled in the Kansas Senate in 2015.

The state has seen several failed attempts to introduce a proper MMJ program.

The Shona Banda case generated a lot of publicity in 2015. She has Crohn’s disease and used MMJ to treat it. Law enforcement arrested her, and Banda faced five felony counts. Child Protective Services also took her son away and sent him to live with her ex-husband. Banda faced up to 30 years in prison.

In the end, she accepted a plea deal in 2017 and moved to Washington, where she completed a year of ‘mail-in probation.’ She subsequently filed a lawsuit against the state of Kansas and several agencies regarding the removal of her son from her care. However, a federal judge dismissed the unfortunate woman’s case.

In May 2021, the Kansas State House passed an MMJ bill and sent it to the Senate. However, no vote will take place until 2022 at the earliest. The bill proposes medical marijuana for cancer, Parkinson’s, and lupus, among other conditions. Even if it passes, MMJ patients won’t be able to smoke or vape marijuana.

The only thing Kansas has that resembles an MMJ program is Claire and Lola’s Law. Governor Laura Kelly signed the bill in May 2019. It allows profoundly ill people to legally access CBD oil with a maximum THC content of 5%. However, it is only open to individuals who can prove they found no relief with pharmaceutical medication.

Also, it necessitates that patients have a physician’s letter 15 months before buying the oil. The doctor’s note must also state that the patient is profoundly ill. No wonder Banda now lives in Washington!

The law takes its name from the tragic case of Claire and Lola Hartley. Both children had a rare condition called microcephaly, where the brain doesn’t develop fully. Sadly, Claire died in 2018, aged 17. Lola passed away in 2019, aged 13.

In Kansas’ case, geography could dictate its MMJ future. Colorado and Oklahoma border the state. The latter is considered a conservative partner to Kansas, yet it legalized MMJ in 2018. Governor Kelly was involved in both CBD laws in 2019 and represents the state’s best chance to legalize cannabis.

Kansas has yet to decriminalize marijuana possession. Therefore, the possession of any amount is a misdemeanor that could spell six months in prison. If caught with more than 450 grams, it is classified as ‘Intent to Distribute,’ which is a felony. You could serve up to 42 months in prison and face a fine of $100,000.

The sale of any amount of cannabis is also a felony, with up to 51 months in prison as the maximum sentence. You are also fined up to $300,000. The sale of 25 grams or more is a more serious felony, with a maximum jail term of 83 months.

The cultivation of 5+ plants is a felony with a potential prison sentence of 46-83 months.

At present, only CBD oil with 0% THC is permitted in Kansas. However, there isn’t a concerted effort to crackdown on buyers or sellers. There are plenty of CBD shops operating in Kansas at present. One business in Lawrence had its store raided twice and faced felony drug charges in 2019. However, the shop, which sells hemp flowers, had all charges dropped against it.

Hopefully, the state of Kansas clears up the muddied waters surrounding CBD oil. Indeed, Governor Kelly has an appetite for legalizing not only cannabidiol but also medical marijuana. Until then, you can technically only purchase CBD oil in Kansas if it contains no THC. Ensure you ask for third-party lab reports whenever you buy a CBD product.