Sometimes CBD laws can seem particularly complicated or confusing. However, this guide aims to simplify them, especially for those living in Wisconsin. In 2018, the Farm Bill legalized hemp with a maximum of 0.3% THC, but not CBD or any cannabinoids specifically.

Even though purchasing hemp-derived CBD is federally legal, regulation can vary at the state level. In some states, there is specific legislation that permits the cannabinoid’s use. Yet, there is often confusion. For example, it seems as if CBD oil in Wisconsin is legal for all adults at first glance. However, a closer look provides us with a prime example of the legal chaos we’re talking about.

This guide focuses on the legality of CBD oil in Wisconsin and provides an overview of its hemp program. First, however, let’s look into its rules relating to cannabis.

What Are the Marijuana Laws in Wisconsin?

Although over two-thirds of American states now have an MMJ program, Wisconsin is not one of them. While the Marijuana Tax Act prohibited cannabis in 1937, the state implemented its own legislation two years later. This law outlined the prison terms one could expect for cultivating, selling, or using cannabis or hemp.

Wisconsin has remained resolutely anti-marijuana ever since, with all legalization efforts defeated. However, a 2018 referendum showed clear support for the elimination of cannabis prohibition in the state. Two cities and 16 counties voted in favor of legalizing both recreational and medical marijuana.

A Marquette Poll in 2019 found that 59% of Wisconsin residents are in favor of adult-use cannabis.

A Marquette Poll in 2019 found that 59% of Wisconsin residents are in favor of adult-use cannabis. An incredible 83% believe the state should have an MMJ program.

Governor Tony Evers is trying to change things and has proposed to legalize MMJ and recreational cannabis as part of his latest state budget. He advocated for legalization in his previous budget. However, the Republicans in the State Legislature voted against him.

The sale of any amount of marijuana is also a felony, as is the cultivation of one plant. If caught selling over 200 grams or growing five or more plants, the possible prison term increases to six years.

Is CBD Oil Permitted in Wisconsin?

The answer is ‘yes,’ although it isn’t as straightforward as it initially appears. Wisconsin Act 267 was enacted in April 2014, legalizing CBD for seizure disorders. This legislation received the nickname ‘Lydia’s Law’ in honor of a young girl with severe epilepsy. Her parents had appealed for CBD legalization in the state as they believed the cannabinoid could help their daughter.

It was primarily a symbolic bill, however. Lydia’s Law stated that only CBD oil with FDA approval was permitted. At that time, no drug containing CBD had received any approval. As a consequence, doctors in Wisconsin couldn’t prescribe the cannabinoid.

Finally, in February 2017, Wisconsin lawmakers passed Senate Bill 10. It amended Lydia’s Law and allowed access to CBD oil. However, it only allowed the use of the cannabinoid if certified for medical use by a doctor.

Within a matter of weeks, new legislation seemed to ensure CBD became legal in the Badger State. Assembly Bill 49, a partner bill of SB 10, was passed in March 2017. It further reduced the restrictions on cannabinoids in Wisconsin.

While this is great news, state lawmakers have never openly stated that CBD is allowed in Wisconsin. In April 2018, the state’s Department of Justice issued a memo. It said that selling or possessing CBD oil in the state was illegal, regardless of THC content. Within days, the state’s Attorney General, Brad Schimel, issued a volte-face. 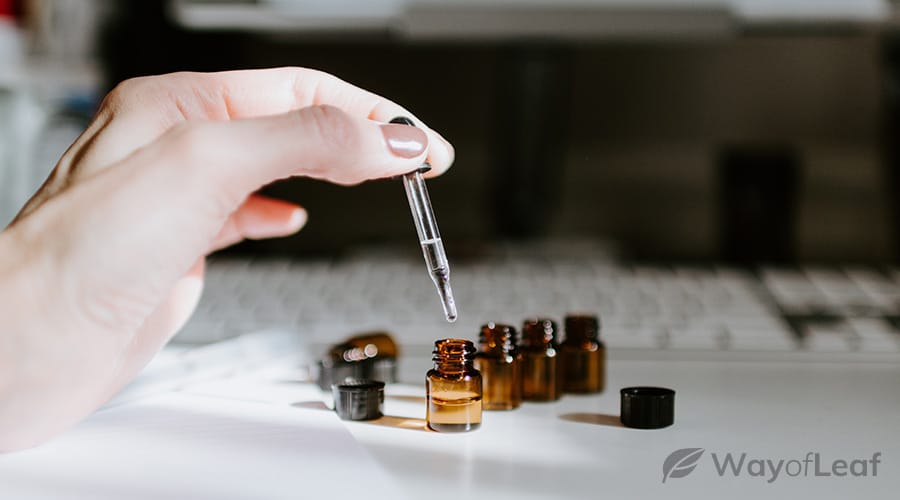 Those hoping to get clarity from the state’s laws won’t find much solace. Statute 961.32(2m) (b) states that you can possess CBD without intoxicating effects. However, you must have a doctor’s letter dated less than a year from when you purchased the CBD.

Technically, you can only use CBD oil for medical reasons in Wisconsin. In reality, the state has countless CBD stores. Hundreds of online merchants also ship CBD products to Wisconsin. You can play it safe by only using the cannabinoid at home. However, you don’t have to worry about police raids on CBD stores!

Wisconsin has a rich history of hemp growing. The state grew the plant experimentally in 1908. Within a decade, Wisconsin cultivated 7,000 acres of hemp each year. The state also led the ‘Hemp for Victory’ program in the 1940s by being one of the largest producers. When the Rens Hemp Company of Brandon shut down in 1958, it was the last legal grower of the plant in the United States for over half a century.

Farmers must not produce hemp with more than 0.3% THC.

Wisconsin passed SB 199 in 2017. This industrial hemp research program allowed the cultivation of hemp with up to 1% THC. However, the state has since fallen in line with the Farm Bill. As a result, farmers must not produce hemp with more than 0.3% THC. Fewer than 200 licensed farmers planted the crop in 2018. However, production grew rapidly, with over 850 growers planting hemp on 5,000 acres in 2019.

Farmers must reapply for their license annually, and it costs around $350 each year. There is also a one-time grower license fee which varies depending on acreage. For instance, a farmer growing hemp on 200+ acres can expect to pay around $1,000. Also, it costs $250 per sample and test. Every field and hemp variety requires a minimum of one test.

Where to Buy CBD Oil in Wisconsin

There is a huge array of physical stores dedicated to the sale of CBD. You might also find major retailers such as Walgreens stocking the cannabinoid. A host of gas stations likely sell CBD in Wisconsin, though we don’t recommend such products. Instead, look for one of the dozens of reputable online sellers that ship to the state.

Please note that stores should not sell CBD products to anyone below the age of 18. Ensure that whatever you buy has full third-party lab reports proving that the product contains a maximum of 0.3% THC.

Related article
Why Was Hemp Banned After World War II?

When buying CBD oil, take note of the following before making a purchase:

Wisconsin is yet another state that has failed to make its rules surrounding CBD oil clear. It has a hemp cultivation program that is improving, and most of it is for the CBD industry. Technically, cannabidiol is only legal if a doctor permits you to use it for a medical issue.

In reality, an immense number of Wisconsin residents purchase CBD every day without any problems. Stick with a reputable seller, and ensure the THC content is no higher than 0.3%.

Laws and how to buy CBD oil